At the same time as we got an opening timeframe for TRON Lightcycle / Run, coming Spring 2023 to Walt Disney World’s Magic Kingdom, the D23 Expo also celebrated the movie where it all began, with a special panel for the 40th anniversary of TRON. 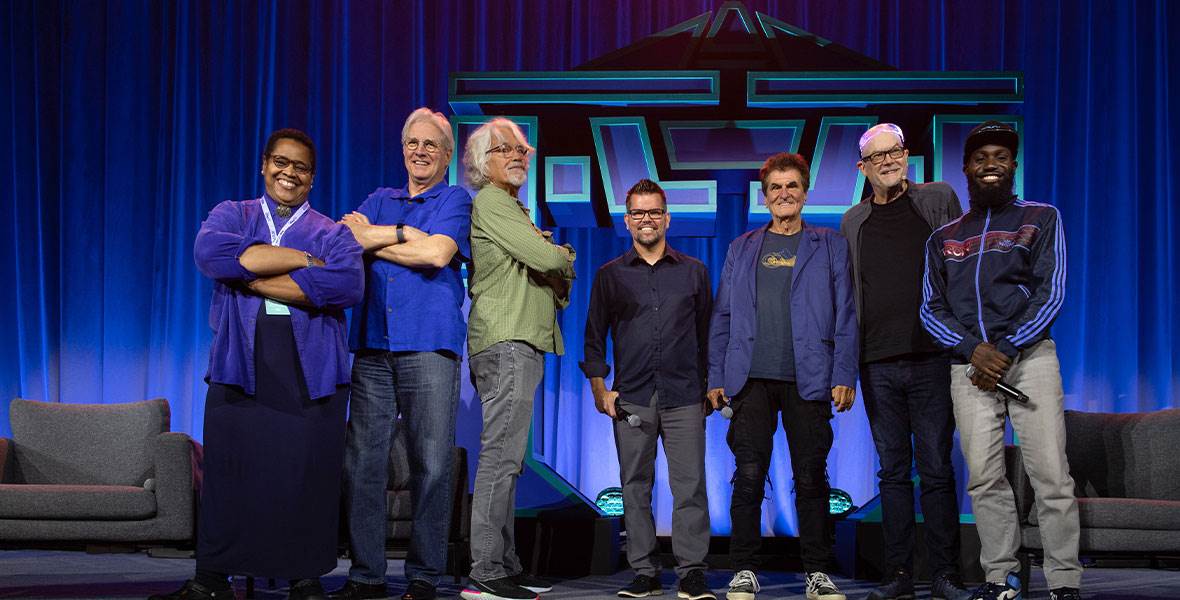 Producers and forward-thinking special effects wizards reunited with Tron himself, actor Bruce Boxleitner, for a nostalgic look back at the movie TRON—40 years after the ground-breaking sci-fi classic’s release. As the panelists shared stories about how they brought the futuristic film to life, giant monitors showcased original concept art and rare behind-the-scenes photos, along with historic snapshots taken outside Hollywood’s historic Grauman’s Chinese Theater, where the film was first screened.

The featured panelists are:

Watch the full “Back to the Grid: 40 Years of Tron Presented by Enterprise” panel below: