We are just a few days away from the long awaited premiere of Hocus Pocus 2 on Disney+. Some critics have been able to see the film already and have posted their initial thoughts on social media. 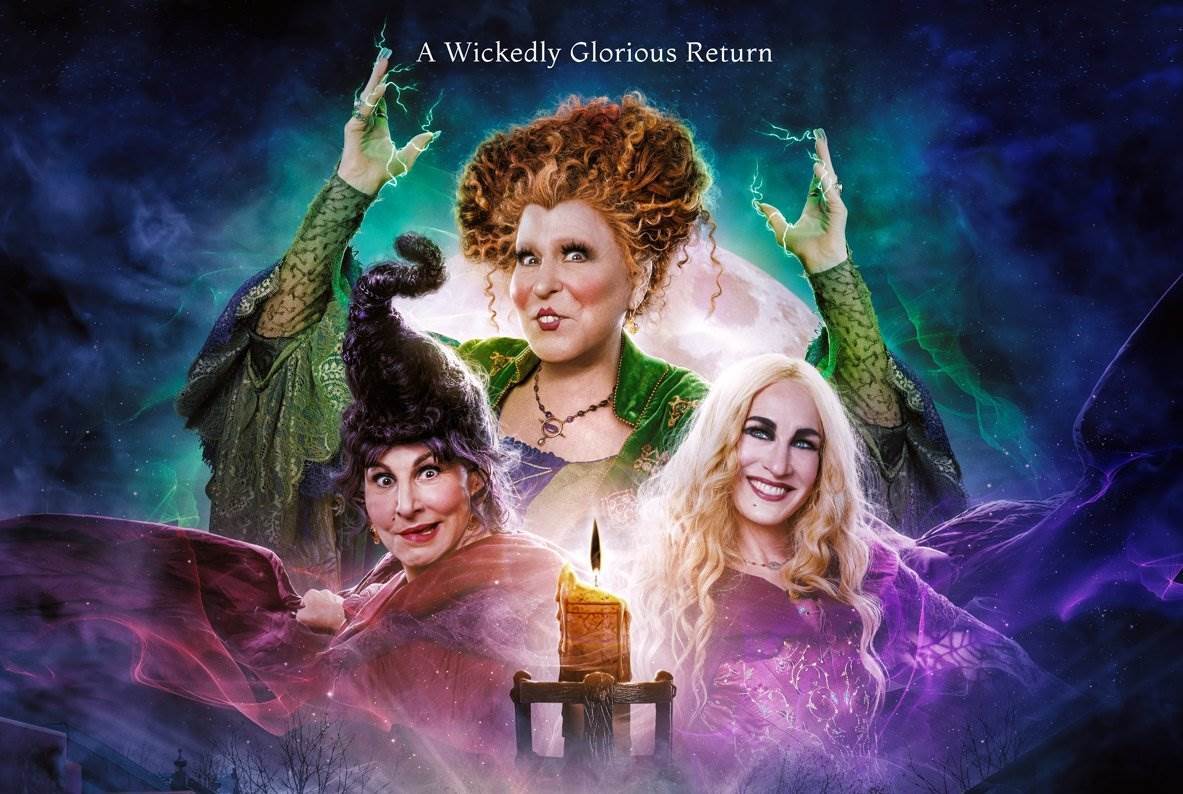 Our own Alex says that “Hocus Pocus 2 extends the campy fun of the original film into a new story about the power of sisterhood.”

"The witches are back!" #HocusPocus2 extends the campy fun of the original film into a new story about the power of sisterhood. For diehard fans, it also pulls in some famously deleted elements from the first film and serves up 2 musical numbers. pic.twitter.com/38YKL7Oplx

The sequel keeps the spirit of the original alive and well while modernizing it for today’s audiences:

I won't spoil the fun, but this legacy-quel's dedication to expanding the lore without repeating itself is refreshing. There are moments that, were this going to theaters, the crowd would go nuts. Make no mistake, #HocusPocus2 deserves to go to theaters. I hope someday it will.

The film “easily matches the magic of the first.”

THE WITCHES ARE BACK! I cannot tell you how much I enjoyed #HocusPocus2. It’s so much fun, easily matches the magic of the first!

Great to see The Sanderson Sisters back in action, plus there’s even some great musical numbers thrown in! GIMME MORE! pic.twitter.com/tyiKvk8xEc

#HocusPocus2 put a spell on me from the start, not running amuck of the original, but blending fun callbacks with fresh humor and a simple, yet smart story. #BetteMidler is absolutely brilliant, leading a solid cast. I loved it and couldn’t stop smiling. A bewitching good time! pic.twitter.com/GGBsHgz6f4

The Sanderson Sisters’ entrance in the film nostalgically brings some viewers back to their childhood:

Seeing @BetteMidler, @kathynajimy, and @SJP enter the scene was everything. Took me back to when I was a kid watching the original for the first time. #HocusPocus2

The Sanderson Sisters are back! #HocusPocus2 is filled with huge laughs and endless entertainment. Midler, Parker and Najimy don't miss a beat reprising their roles from 29 years ago and it's spellbinding seeing them together again. @HocusPocusMovie @DisneyPlus pic.twitter.com/SJ1BNYrdks

Hocus Pocus 2 is the perfect kick-off to the Halloween season (and be sure to stick around for a post-credits scene):

Hocus Pocus 2 is the PERFECT kick off to spooky season! The Sanderson sisters are back in this hilariously fun film! Fans will be thrilled with all the callbacks. Was not expecting there to be some truly emotional moments mixed in. A great follow up to the original.#HocusPocus2 pic.twitter.com/5DfwFBJjcA

The film seems destined to become a Halloween family tradition:

#HocusPocus2 is pure magic! Destined to become a Halloween family tradition. It's exactly what you'd want from a legacy sequel, keeping the silly charm of the fan favorite original while evolving to fit a new audience nearly 30 years later.@HocusPocusMovie @DisneyPlus pic.twitter.com/FYZ8LNZIue