We are heartbroken to report that Disney Legend Alice Estes Davis has passed away at the age of 93. She was best known for creating costumes for Audio-Animatronic figures at Disney Parks around the world, most notably for it’s a small world and Pirates of the Caribbean. The news of Alice’s passing was first shared in a LinkedIn post by art director, show designer, and author Christopher Merritt. 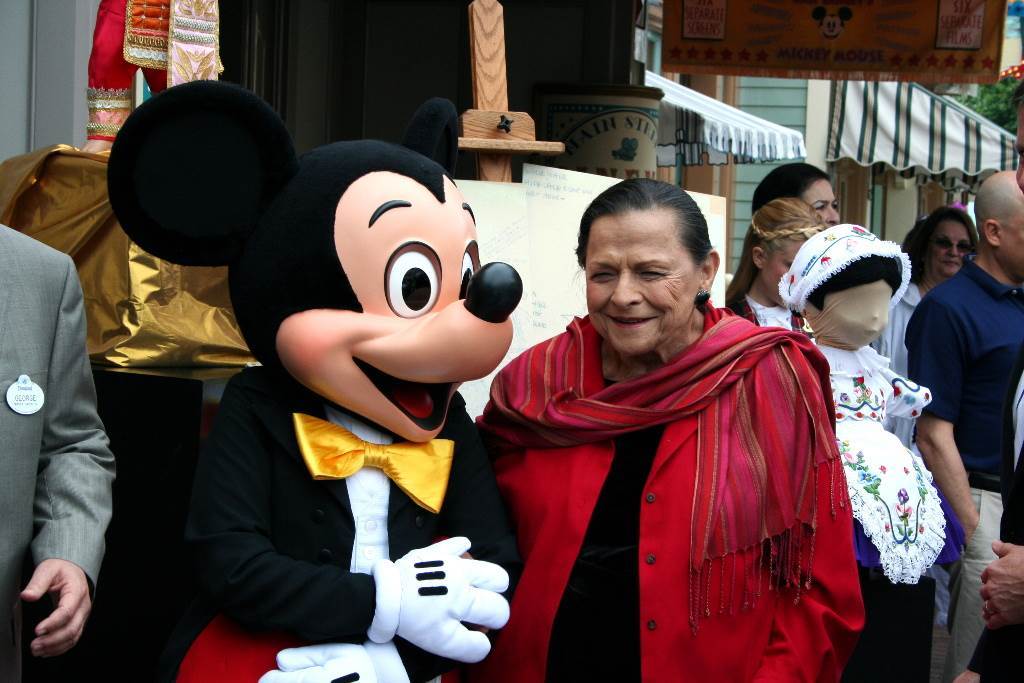 Born on March 26th, 1929 in Escalon, California, Alice Estes discovered her love of art at an early age. She received a scholarship to attend the historic Chouinard Art Institute where she studied costume design. Animation was her initial goal, but the waitlist was too long, so she chose to study costume design. However, she did attend some animation classes there, which is how she met Disney animator Marc Davis, who taught night classes at Chouinard. After graduation, Alice and Marc kept in touch.

While designing at the Beverly Vogue & Lingerie House in Los Angeles, Alice’s romance began once upon a phone call when Marc asked her to help design costumes for live-action reference model Helene Stanley to help the animators with their most challenging film to date, Sleeping Beauty. That film wouldn’t get released until 1959, but Alice and Marc couldn’t deny their connection any long and tied the knot in 1956. Alice Davis soon found herself employed at Disney, working on TV projects and live-action films while Marc Davis continued to animate and eventually got pulled into theme park design.

In 1963, Alice Davis was hand selected by Walt Disney to work with Disney Legend Mary Blair, who was designing an attraction for the 1964 New York World’s Fair. The project required more than 150 costumes representing countries all over the world. Thanks in large part to Alice’s iconic designs, it’s a small world became such an instant classic that it was moved to Disneyland and duplicated at Walt Disney World, Tokyo Disneyland, Disneyland Paris, and Hong Kong Disneyland. Alice’s hands also touched to costumes worn by the characters in General Electric’s Carousel of Progress.

“I went from sweet little children to dirty old men over night,” Alice Davis famously joked about another big project for Disneyland, Pirates of the Caribbean. With Marc Davis designing many of the character gags, it was fitting that Alice was the one creating costumes. Unlike human beings, animatronic figures don’t have a full-bodied fleshy exterior for clothes to cling to. As one of the first costume designers at Walt Disney Imagineering (or WED, as it was first called), Alice Davis wrote the book for costuming procedures and developed refurbishment techniques to keep each attraction living up to Walt Disney’s high standards.

Alice and Marc retired in 1978, but remained involved as consultants for Disney throughout the decades and continued to support CalArts, which is what became of the Chouinard Art Institute. Alice Davis was a frequent presence at Disney fan events throughout the years. Her warm and jovial spirit instantly made her a fan favorite and she always made time for fans. While Marc Davis passed away in 2000, she joined him as a Disney Legend in 2004. Alice also received a window adjacent to her late husband on Main Street, U.S.A. at Disneyland in 2012. It reads “Small World Costume Co. – Alice Davis – Seamstress to the Stars.” And now, 22 years later, she rejoins her husband in the stars.

Our hearts go out to Alice Davis’ many friends and fans during this difficult time.