Jesse Eisenberg, Claire Danes, Lizzy Caplan, and Adam Brody headline FX’s Fleishman Is In Trouble, an eight-part series adaptation of the best-selling novel of the same name. An unforgettable story about how different two sides of the same coin can be, the series follows a recently divorced doctor as he discovers that his ex-wife isn’t coming back for their kids anytime soon. A mystery begins as all of Toby Fleishman’s threads begin to unravel. 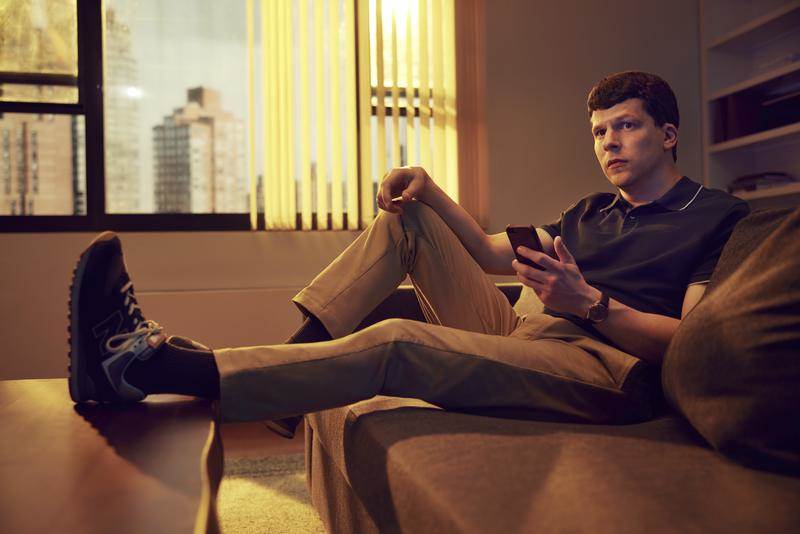 Told from the perspective of Libby (Lizzy Caplan, Mean Girls), the story of Toby (Jesse Eisenberg, The Social Network) and Rachel (Claire Danes, Homeland) is offered up as Libby learns the events of the demise of their marriage. Where did Rachel go? Why didn’t she return from her weekend retreat to pick up the kids? What will Toby do now?

Author Taffy Brodesser-Akner adapts her own novel, restructuring the events of the book from its three long parts into eight episodes. Not much is lost in this faithful adaptation, which adds new layers to Toby’s descent without sacrificing the book’s more dabucherous moments. The same level of frenzy whipped up in Taffy’s writing sticks its landing in this visual medium.

As you would expect from the rock-solid cast, each actor pulls intricate nuances out of each character. Jesse Eisenberg brings his charming neuroticism to Toby and Claire Danes walks the fine line between unlikeable enough to despise her when needed, but not so vile that Rachel is without redemption as the story unfolds. Adam Brody (Mrs. America) provides a sense of calm as Seth, Toby and Libby’s handsome, successful, womanizing friend. But it’s Lizzy Caplan who really steals the show, matching the tone of Taffy Brodesser-Akner’s voice with the narrative while being as magnetic as ever when she gets screen time. Even the actors playing Toby’s kids (Meara Mahoney Gross as Hannah and Maxim Swinton as Swinton) prove to be scene stealers and opposing forces in the life Toby has been thrust into. 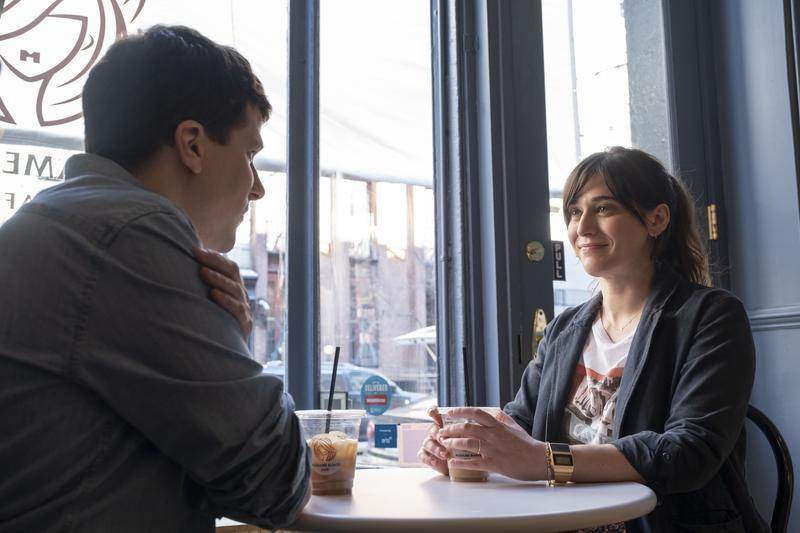 The series keeps viewers in Toby’s spiraling world with a motif that sometimes flips New York City on its head, literally. Camera pans zoom into Toby’s life upside-down, spinning to right-side-up for the story, only to invert you again on your way out like a roller coaster. It’s a fun creative device that also helps set the series apart from anything you’ve seen before.

Like The New York Times best-selling novel, FX’s series adaptation of Fleishman Is In Trouble is a delicious trainwreck you can’t look away from. It’s addicting and you’ll quickly regret Hulu’s decision to only administer one episode per week (after the double-episode premiere). You’re guaranteed to come back each week to find out what happens next in this juicy tale of how not to uncouple.

I give Fleishman Is In Trouble 5 out of 5 brand-new iPhones.

Fleishman Is In Trouble premieres Thursday, November 17th on Hulu.