Isolated wrist cuffs. Collars and bowties made a mockery of by the absence of shirt. Breakaway pants. Choreographed gyrations. Murder. Welcome to Chippendales dramatizes the sexy and horrific story of a ruthless entrepreneur who would do whatever it takes in pursuit of the American dream. All this can be yours exclusively on Hulu beginning November 22nd. 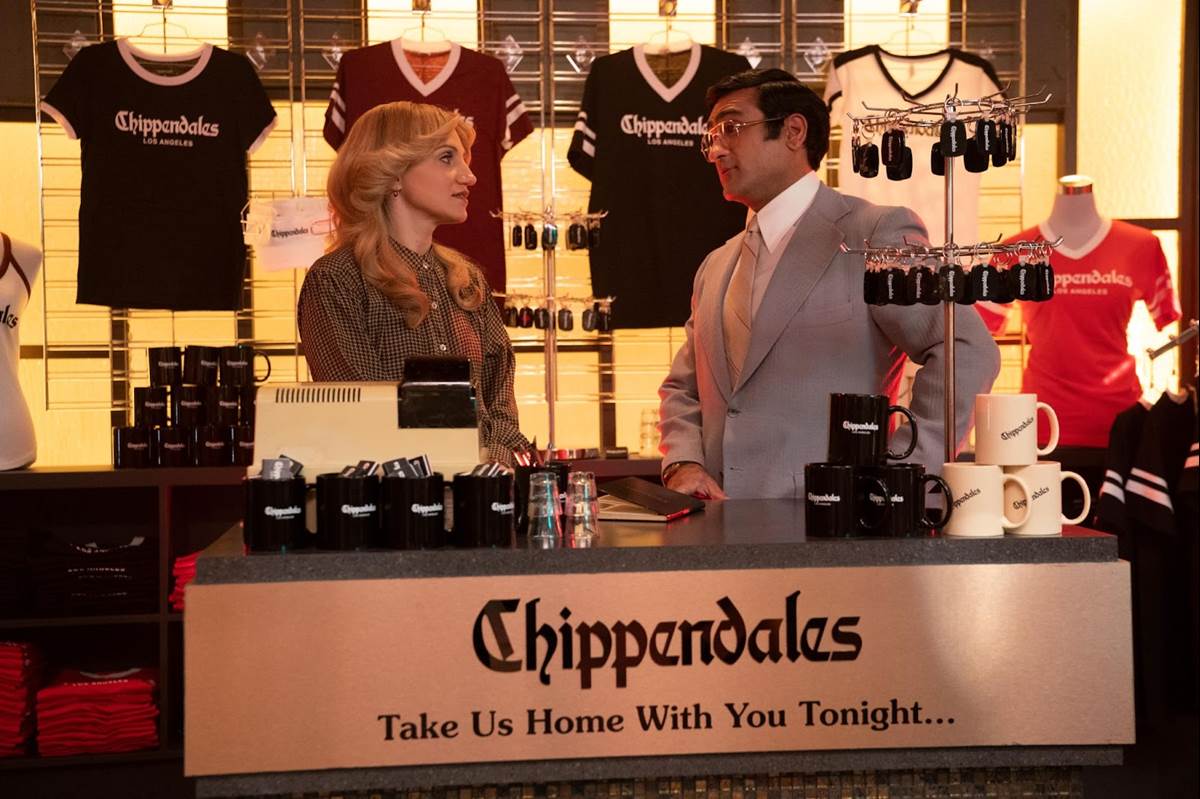 Somen “Steve” Banerjee (Kumail Nanjiani, Eternals) idolizes Hugh Heffner, so when a former Playmate of the Month (Nicola Peltz, Holidate) enters his floundering club on the arm of a showman named Paul (Dan Stevens, Beauty and the Beast) he is convinced to try something new. A venue name change and some scantly clad male dancers help turn the business around, bringing into Steve’s life his choreographer and business partner Nick De Noia (Murray Bartlett, The White Lotus), his accountant and wife Irene (Annaleigh Ashford, Impeachment: American Crime Story), a groupie who gets too involved (Juliette Lewis, Secrets and Lies), and a host of exotic dancers (including Quentin Plair and Spencer Boldman).

Welcome to Chippendales dances around the true-crime story at its center with a provocative drama that’s highly addicting. Kumail Nanjiani pulls a new track from his talented sleeves in a role that takes him down the path of a villain. He’s ruthless and calculating, sides of him I haven’t seen before. Annaleigh Ashford is a scene stealer as Irene, an accountant who manages to make a conversation about the monetary value of ice feel sensuous. Murray Bartlett’s role as a closeted choreographer with a temper plays to his strengths coming off his unforgettable role as Armond in The White Lotus. Juliette Lewis gets back to comedy as his biggest fan turned assistant Denise. Quentin Plair instantly becomes the most sympathetic of the exotic dancers and Spencer Boldman sheds his Lab Rats purity in a role that’s pure sex. And Robin de Jesús (Tick, Tick… Boom!) worms his way into the series as Steve’s confidant Ray.

The late 70s/early 80s aesthetic creates a fun backdrop for an inevitably bloody scene. The show is likely to receive several nominations in hair, makeup, costume, and set design categories with excellence on display in each discipline. Showrunners Robert Siegel and Jenni Konner have not only assembled a talented cast and creative team, but have managed to create a production that is visually distinct by looking at any screenshot. 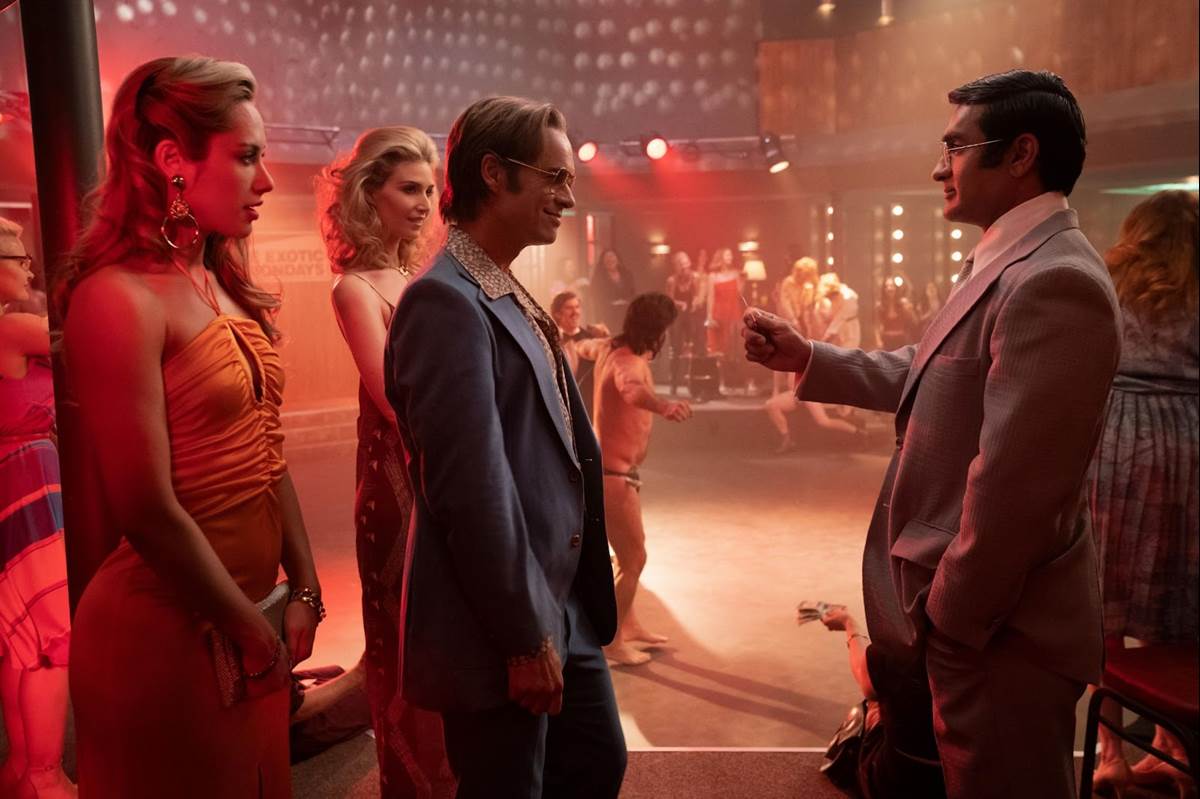 If you don’t already know the story or haven’t seen the docuseries Curse of the Chippendales, then Welcome to Chippendales has elements of a mystery, knowing that there will be a murder and trying to figure out who it will be. For those who know the legend, the quality of the acting and production will keep you hanging on, craving more when each episode ends. Like the original club itself and the empire it spawned, Welcome to Chippendales is addicting.

I give Welcome to Chippendales 5 out of 5 bowties.

The first two episodes of Welcome to Chippendales premiere on November 22nd on Hulu. New episodes will be released weekly on Tuesdays.