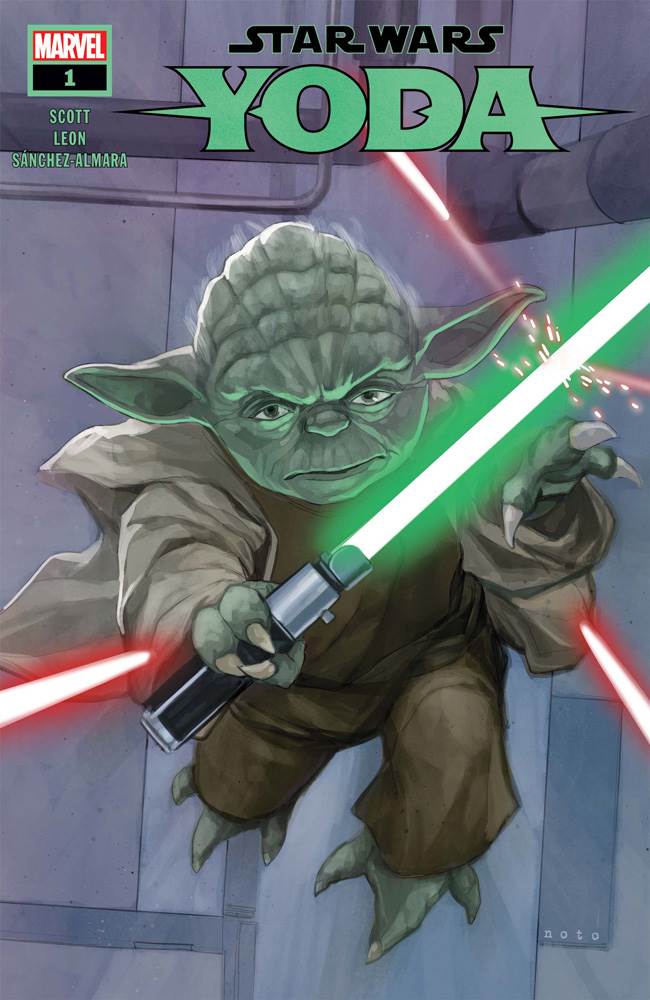 Despite being one of the most instantly recognizable faces among the many characters populating the vast Star Wars galaxy, Jedi Master Yoda has not had a whole lot of stories written about him. I assume that’s because the details of his past have always been intended to remain a mystery– though he has popped up occasionally in The High Republic publishing initiative and The Clone Wars animated series. 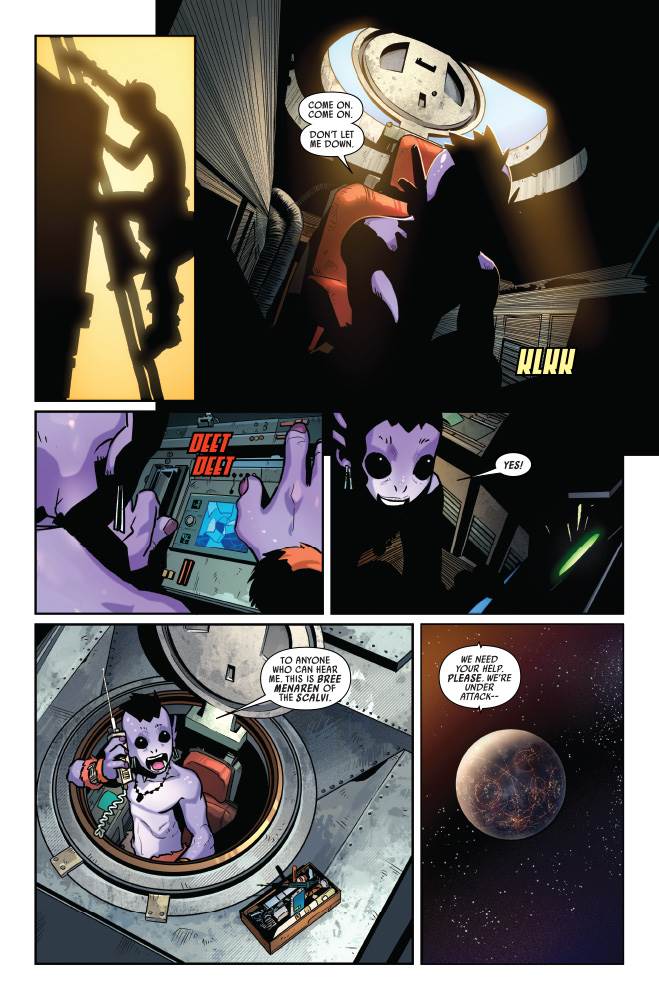 At the offset of Star Wars: Yoda #1, released this morning, I began to think this miniseries might assume a similar format to this past summer’s Star Wars: Obi-Wan Kenobi title. It begins with Yoda alone in the Dagobah swamp during his exile there, similar to how Obi-Wan Kenobi used Old Ben waiting out a sandstorm in his hut on Tatooine as bookends for its episodic storytelling. But here Yoda starts to hear an unidentified voice calling to him through the Force (I’m guessing this is Obi-Wan as well), and that conversation causes him to flash back to a story from a similarly-unidentified time in his past, during which he was on the Jedi Council (so before or during the Star Wars prequel trilogy, for those keeping track of such things). The council receives a distress call from a planet called Turrak in the Outer Rim, where a relatively-primitive race named the Scalvi is under siege by a legion of bloodthirsty pirates known as the Crulkon. Yoda volunteers to be the Jedi in charge of intervening in this conflict, and he soon arrives on Turrak to do combat with the Crulkon. 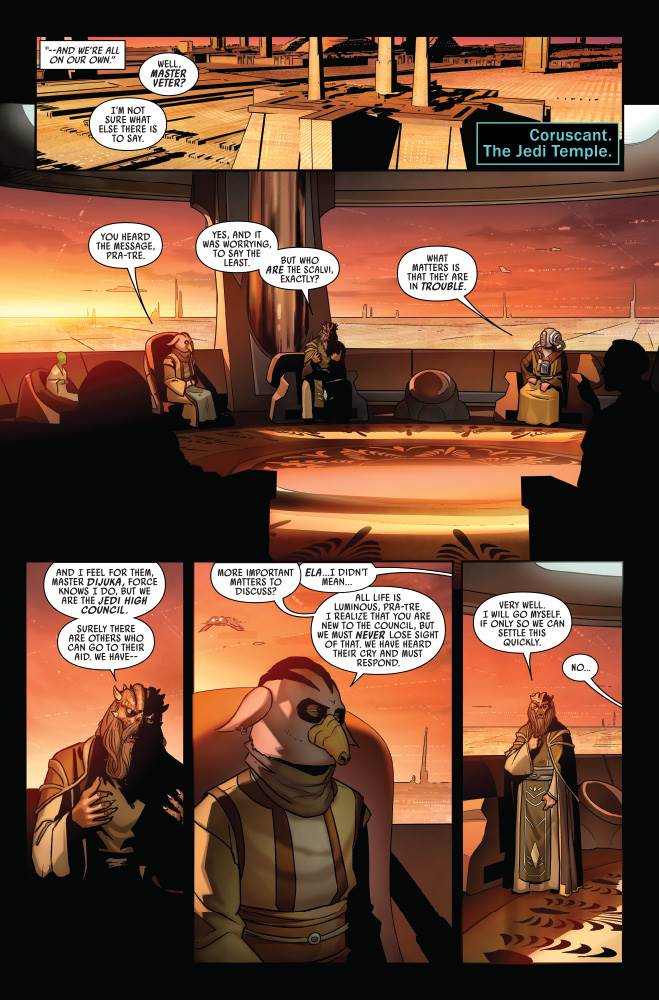 The remainder of this issue is action-heavy with very little dialogue, but Cavan Scott is a smart enough writer to let Yoda’s selfless decisions do most of the speaking for him. And talented artist Nico Leon (a newcomer to Star Wars who has previously contributed to Marvel’s She-Hulk) is already doing a terrific job of delivering moody, evocative visuals with the help of colorist Dono Sánchez-Almara. The surprising part here for me came at the end, when it turned out that the Yoda miniseries will not be episodic but serialized, with the Turrak storyline carrying over into next month’s issue #2 as Master Yoda decides to stay on the planet and continue to help the Scalvi ward off the Crulkon. “As long as it takes,” Yoda says when asked how long it might be before he can return to Coruscant, giving us a better sense of the dedication a Jedi of his standing must have carried with him in the period before the “Dark Times.” With nine issues left to go, I’m definitely curious to see where Scott’s story will take our little green friend. I suspect there will be much more to this narrative than a simple, straightforward struggle between natives and pirates, but wherever this comic leads us, I’m confident it will be entertaining at the very least.