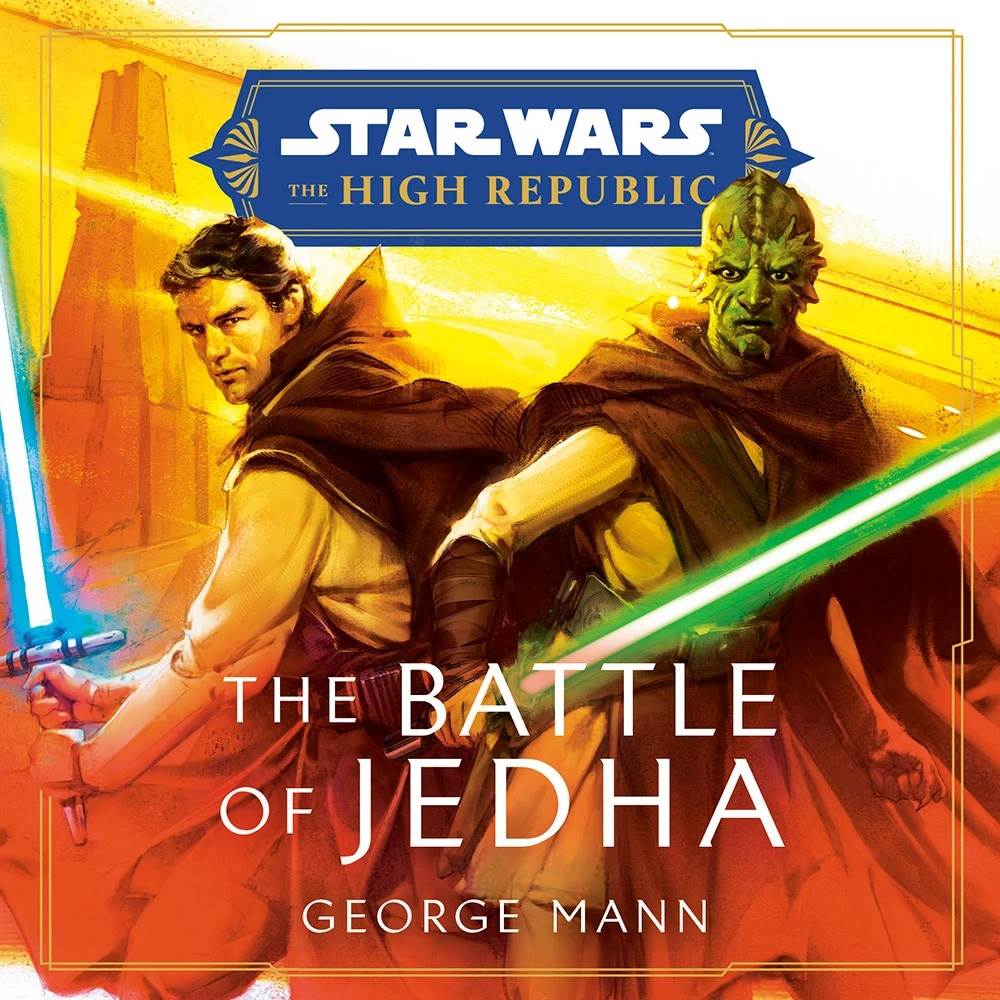 I’ve been extremely intrigued by the planet of Jedha and its capital, Jedha City, since they first appeared in the 2016 feature film Rogue One: A Star Wars Story, but outside of a brief run in Marvel’s flagship Star Wars comic book, they haven’t popped up too often in storytelling from A Galaxy Far, Far Away.

Thankfully, the powers that be at Lucasfilm Publishing have centered the second phase of Star Wars: The High Republic around Jedha and what it means to the galaxy a few hundred years before the Skywalker Saga. And in the new audio drama Star Wars: The High Republic – The Battle of Jedha by author George Mann, the so-called “Pilgrim Moon” becomes Ground Zero for a conflict the Jedi stationed there have been desperately trying to avoid. Jedha is essentially the Jerusalem of the Star Wars galaxy, with representatives from a number of Force-based religious sects participating in the Convocation of the Force– an “advisory body designed to promote understanding between the various religions,” according to Wookieepedia. But Jedha City is also about to be the site of the signing of a historic peace treaty between the twin planets of Eiram and E’ronoh (see the recently released novel Star Wars: The High Republic – Convergence for much more on this age-old crisis). Indeed, The Battle of Jedha takes place after the events of Convergence and the young-adult book Star Wars: The High Republic – Path of Deceit, which introduced the Force cult named the Path of the Open Hand, who factor into the proceedings here as well. At the beginning of this audio drama, Jedi Master Creighton Sun and Jedi Knight Aida Forte arrive on Jedha with delegations from Eiram and E’ronoh to see the planets’ peace talks through to their completion. But little do they know that there are forces at work who seek to put a stop to the treaty, and frame the Jedi Order in the process. We also meet Keth Cerapath, a young adjunct from the Church of the Force, Tilson Graf, an aristocrat who seeks to become mediator in the precarious summit, and Mesook from the Guardians of the Whills, the religious order sworn to protect Jedha’s mystical Temple of the Kyber. 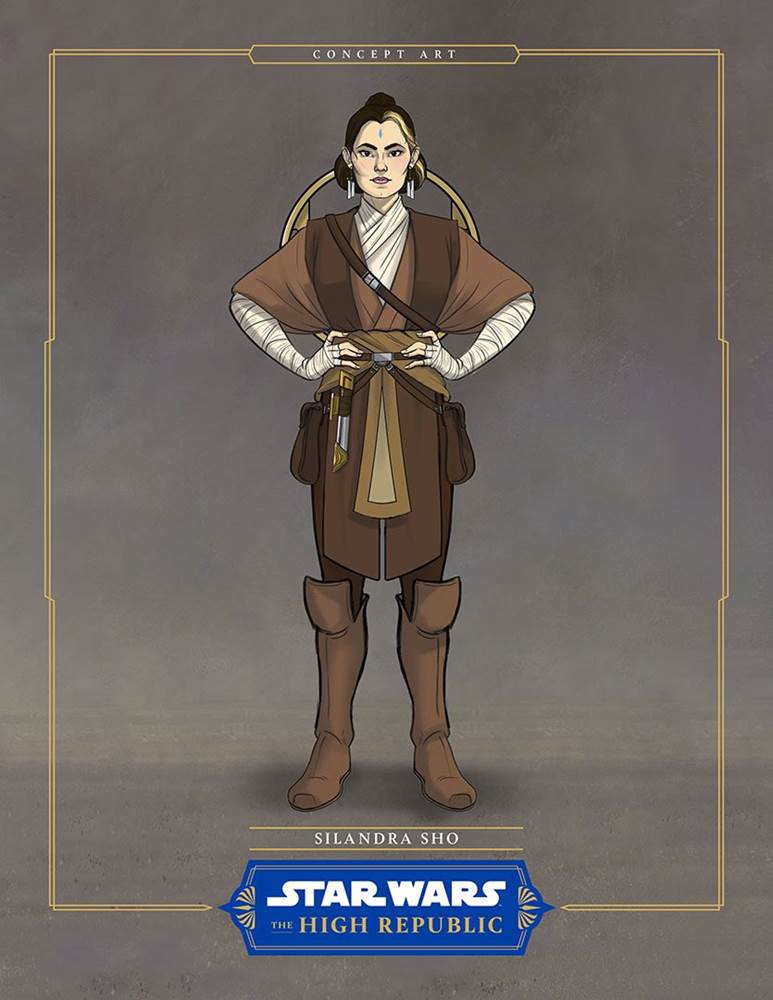 While it’s great to spend more time among the other denizens of the Pilgrim Moon and learn more about the interreligious conflicts that simmer there, the focus of this story is still on the Jedi (not only Sun and Forte, but also Silandra Sho and Gella Nattai) whose only desire is to ensure the peace treaty is signed without further incident. But what kind of story would this be without incident? After a series of attacks break out during the summit, the Jedi must scramble to discover who’s responsible, and it certainly seems that everyone is a suspect, including the several new names I listed above. But there’s also Kradon (not to be confused with Creighton), the alien bartender of a seedy establishment called Enlightenment, Ambassadors Cerox and Tintac from Eiram and E’ronoh, and a fairly creepy droid named P3-7A, whose programming only allows him to speak in cryptic religious dogma. Mann (who previously wrote the middle-grade novel Star Wars: The High Republic – Quest for the Hidden City) does a good job of making all these characters interesting up through and beyond the point when the inevitable fighting implied by the title breaks out, and the full voice cast is mostly capable of delivering the gravitas and occasional comic relief necessary for this story to work, though there is some stilted acting here and there. The production of the audio drama also lives up to the standard set by previous releases like Star Wars: Dooku – Jedi Lost and Star Wars: The High Republic – Tempest Runner, with effective sound-effect work throughout and the always-welcome use of John Williams’ iconic scores from the Star Wars films. But mostly I think it’s great that a five-and-a-half-hour audio play like this (soon to be issued in printed script form, as well) can still be released as such an essential part of the ever-expanding Star Wars publishing universe. 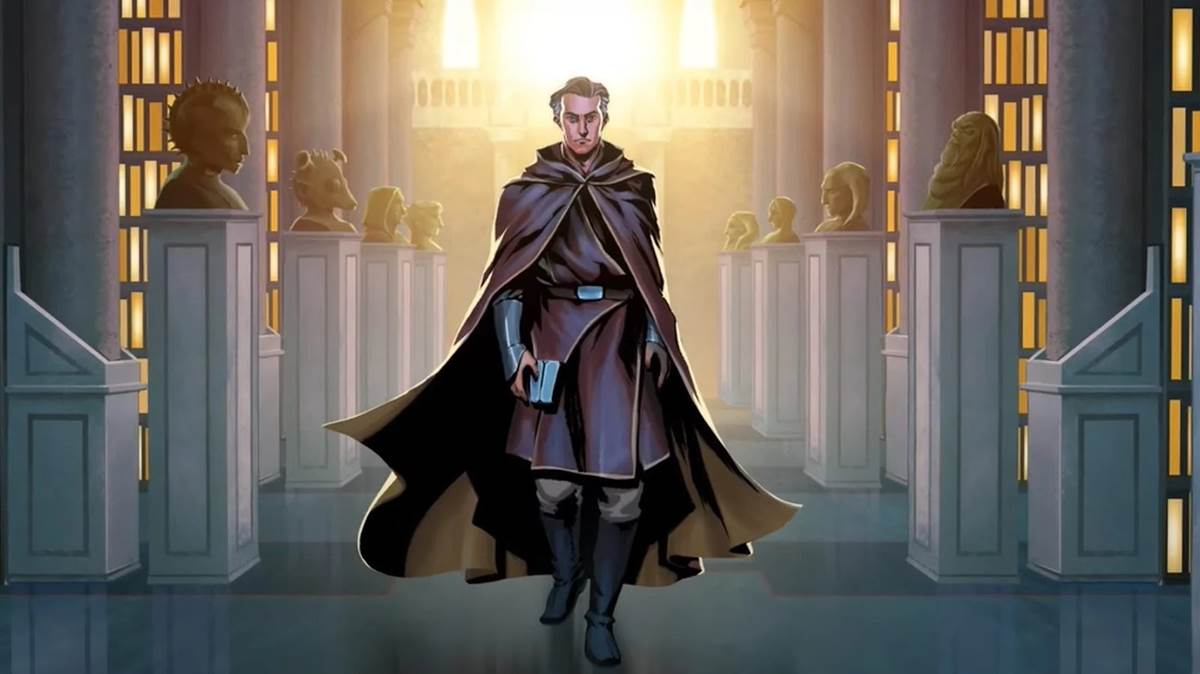 Star Wars: The High Republic – The Battle of Jedha will be released on Tuesday, January 3rd, but is available for pre-order right now.