“The opportunity for me to have this show and for it to sort of be the Trojan horse for these voices and these stories has been one of the most incredible pleasures of my career,” Accused showrunner and executive producer Howard Gordon said during a press conference for the show. Adapted from the 2010 BBC series of the same name, FOX’s new iteration of Accused features 15 stories about crime and punishment, each bringing with it a different and unique voice. On hand during the press conference were four directors, each of whom contributed an episode – Michael Chiklis (Actor “Scott’s Story” and Director “Jack’s Story”), Marlee Matlin (Director, “Ava’s Story”), Tazbah Chavez (Director and Co-Writer, “Nataani’s Story”), and Billy Porter (Director, “Robyn’s Story”). “Daniel Pearl, a brilliant writer, wrote ‘Robyn’s Story,’” Howard shared. “We just said who's the fantasy director? Billy Porter. We didn't think he would say yes. He said yes.” Following his breakout role in Pose, Billy Porter’s film directorial debut was released last year on Prime Video, titled Anything's Possible. “I read the script, and what I loved about the script so much is that it fit right in line with my intention as an artist and where we are as a culture,” Billy Porter said of directing the “Robyn’s Story” episode. “It's time for the people whose stories are being told to tell their own stories… It's about a Black drag performer, and they're actually calling a black queer person to direct it. Yay! So it was an immediate yes for me because what I love in this space for my life is I get to shape these narratives and control these narratives in the most authentic way possible, and that is a gift.” 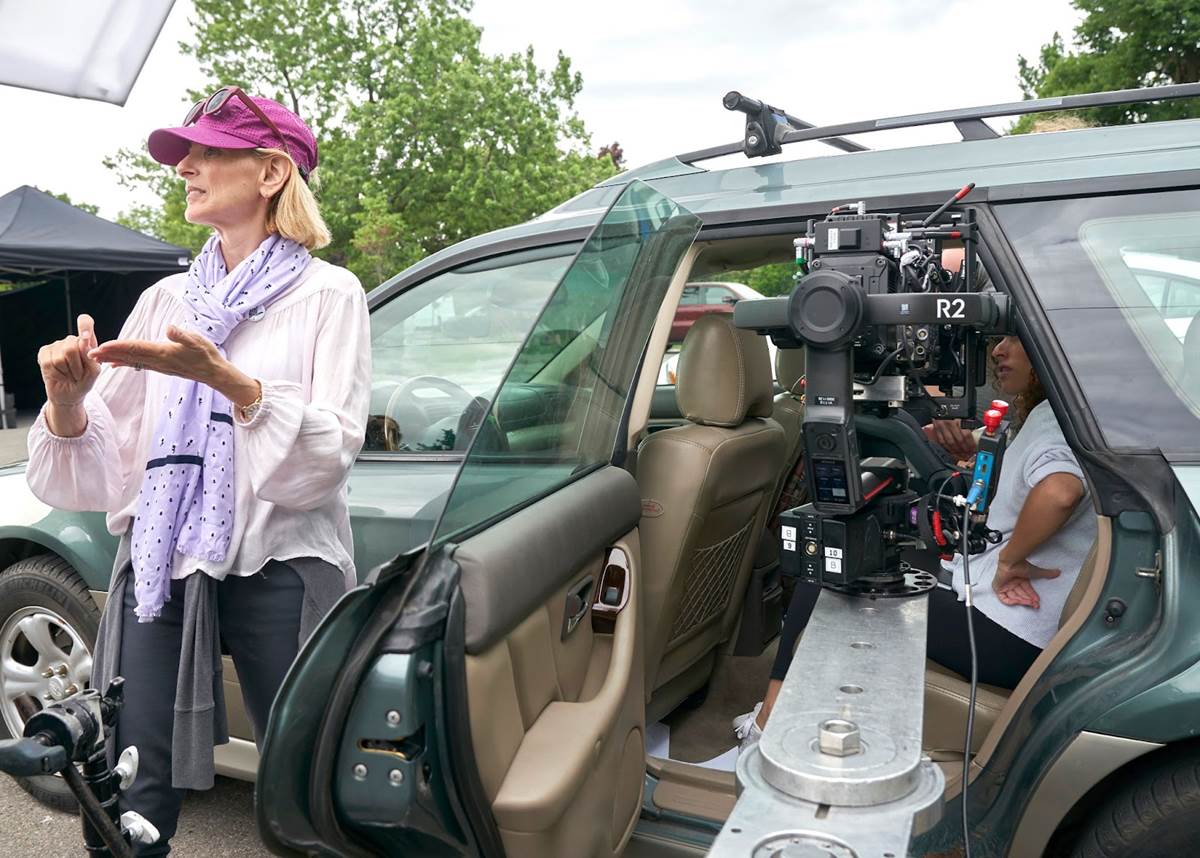 “Marlee has never directed, and we sent it to her,” Howard continued about the episode titled “Ava’s Story,” directed by Marlee Matlin. “We didn't know she had been exploring that, and lo and behold, she said yes too.” As a deaf actress-turned-director, Marlee Matlin approached her episode with a similar goal of visibility and representation to Billy Porter’s episode. “I applauded Howard and the entire production team’s encouragement of that, knowing we were telling authentic stories and representing our community appropriately, showing our culture, showing our community,” Marlee Matlin said (via Interpreter Jack Jason) of casting deaf actors in the roles. “As a director, my time passes so quickly… I'm so focused on every aspect of production that takes on a set. I have to be involved with a crew. I have to work with the creative team. I have to work with the cinematographers. It's a completely different experience, and it accesses a different and creative side of my personality at the same time. The pleasure of mine was to be able to learn about how each and every person on the set works and how my fellow actors work. I get a chance to watch them work as actors, as actors to actors, and I became enthralled. It was a treat for me to be able to direct.” “Taz and I had met through a Writer's Guild speed-dating introduction thing,” Howard said of Tazbah Chavez, whose work he admired from the FX series Reservation Dogs. “She was among the first calls, so she was more ground up and wrote the episode that she wound up directing.” Tazbah was pitched an episode about environmental justice, one that she adapted to be a little more personal. “I chose uranium,” she explained. “My mother's side were Navajo and my father's side was Apache. There was a uranium spill in 1979 on the Navajo Nation that was the U.S.'s largest radioactive spill that went largely overlooked all of these years. And when I started talking about uranium, we also started to talk about how there are still over 500 abandoned mines on the Navajo Nation that are very far from being cleaned up. There is still uranium mining happening that's potentially going to happen near the Grand Canyon. There's an operating mill near White Mesa in Utah. And so we looked at the Southwest. I thought that this was a really cool opportunity to shed a light on an environmental issue that I think has gone largely overlooked. And I think the episode serves as a cautionary tale not to repeat the past, and we made a conscious choice to put something in 2022 to make it very present, to create a sense of care and humanity at the core of these issues. There are environmental justice issues in Indigenous communities all over the country, and this was the one that felt closest to home for me and one of the ones that I thought was most emblematic of the unfortunate environmental racism that Indigenous communities face in the Country. And also to say this is all of our issue because we all share this land and the water resources together.” 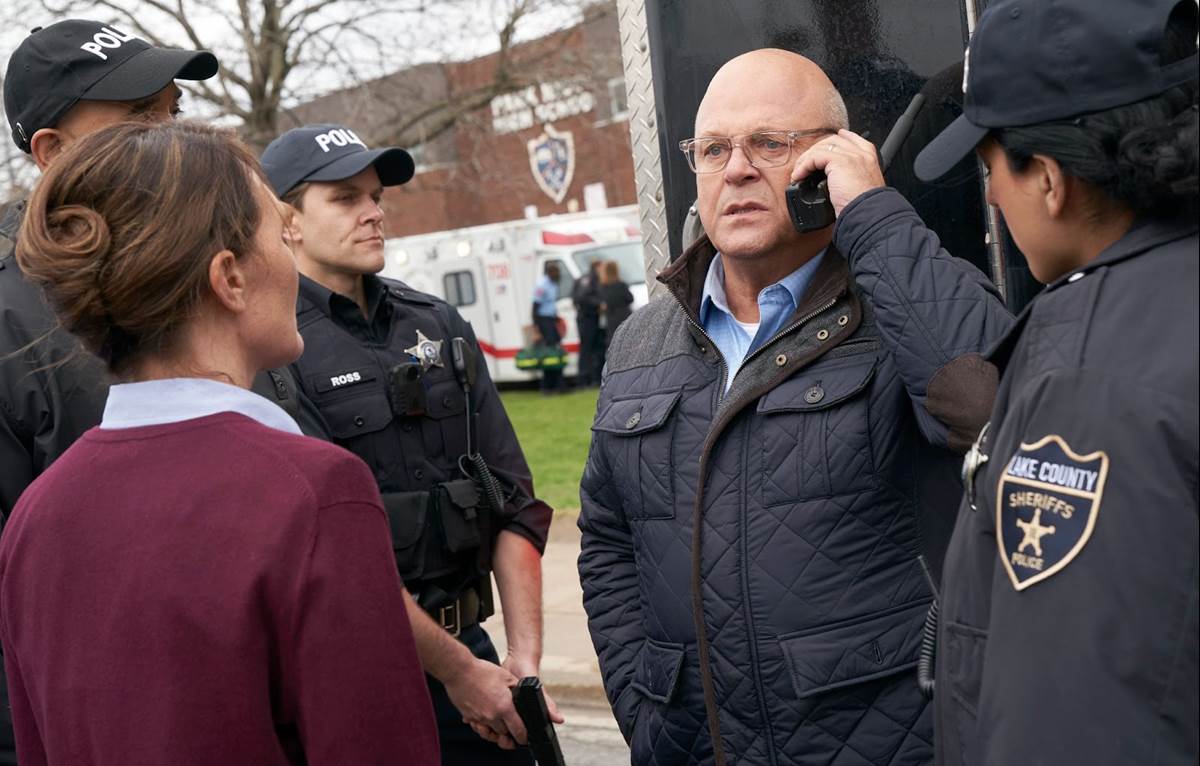 Michael Chiklis stars in the premiere episode, “Scott’s Story,” and directs an upcoming episode titled “Jack’s Story.” His previous directing credits include four episodes of The Shield, which he also starred in. “There's just countless examples of actors who have become directors over the course of their careers, and I honestly think it's a natural progression,” Michael shared. “For anybody like myself or Marlee or Billy who've spent many years in front of the camera, some actors are sort of trailer actors. They go and they sit in their trailer and they wait, or they're sort of off-set. But I've never been that kind of an actor, and most actors are very curious people naturally. So I've spent a tremendous amount of time on set and asking questions and making directors' and photographers’ eyes roll because I was simply bothering them with questions. Why are you doing that? What's that do? From When I first started as an actor. So constantly asking questions, constantly talking to different people in different departments. I think one of wonderful things about being an actor and becoming a director is you become the filter where all departments filter through you, and you really have a love and respect for all departments and what they do. I just think that it's a natural progression for an actor, and that's why there's so many examples of actors who do it well and successfully because we're storytellers at our core. We're natural storytellers.”

There are 15 stories to be told in Accused, premiering tonight at 10/9c with “Scott’s Story” before moving to its regular night and time on Tuesday, January 24th, at 9/8c with “Ava’s Story.”