Welcome to Extinct Attractions. Today, we’ll be finishing up our look at studio tours in the Disney and Universal parks by taking a trip across the Atlantic Ocean to Paris. 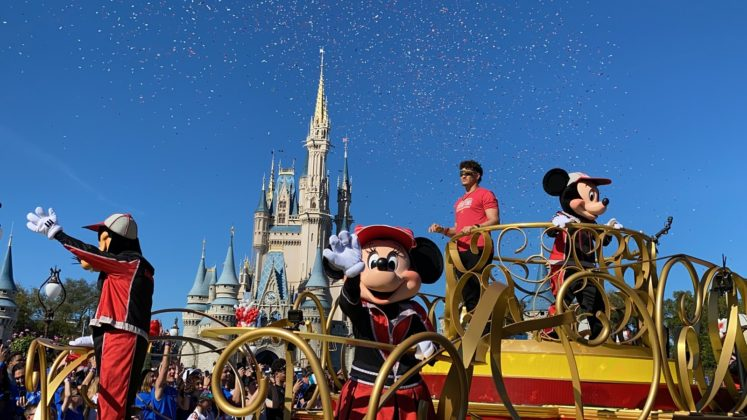 On Sunday, Patrick Mahomes led the Kansas City Chiefs to their first Super Bowl victory in 50 years and upon winning the Super Bowl MVP award got to utter the famous line, “I’m going to Disney World!” This year, Disney really upped the ante by inviting over 15 Make-A-Wish children to also be a part of the celebration. Combining the foundation with the nation’s most popular sport must have made for an amazing experience for these kids.

Additionally, Mahomes, and hopefully the kids, got a chance to ride Rise of the Resistance, Hollywood Studios’ newest headliner attraction.

Speaking of Disney’s Hollywood Studios, you are probably aware of how much of an influence it had on Walt Disney Studios Park in Paris, especially when the Parisian park opened on March 16, 2002. As I detailed last week, when Hollywood Studios opened, they advertised the Studio Backlot Tour as a can’t miss, headliner attraction, so when its Parisian sister park opened, they tried the same tactic with Studio Tram Tour: Behind the Magic. 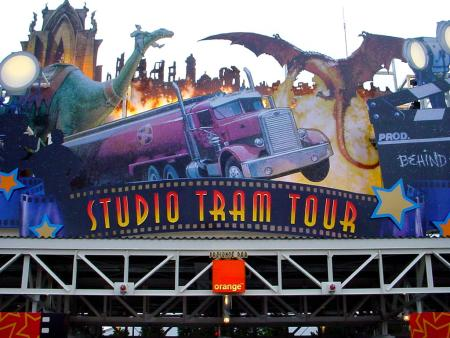 Unlike Florida’s version that was designed as a two-hour experience to teach guests about every aspect of filmmaking, the Paris version was created as a more traditional 20-minute attraction that included some education on the filmmaking process but at its core was made to entertain not teach.

Even with the changes to the experience to make it less grand, they still billed it as the primary experience of the park, as seen by its placement in the middle of the park. I understand what they were going for, but it still seems like an odd move since tram tours take up a lot of space, so building roads through easy places to expand doesn’t make a ton of sense. In fact, that even came back to bite them when they had to reroute the roads multiple times over the years. Via The DLP Geek

The attraction started with a pretty lengthy journey through a forested area before coming across some of the sets from Dinotopia, a Disney-produced miniseries. Honestly, I was very confused during this part of the attraction because neither part actually felt like a studio tour. What studio is surrounded by a myriad of trees with props placed in an exhibit-like fashion throughout? 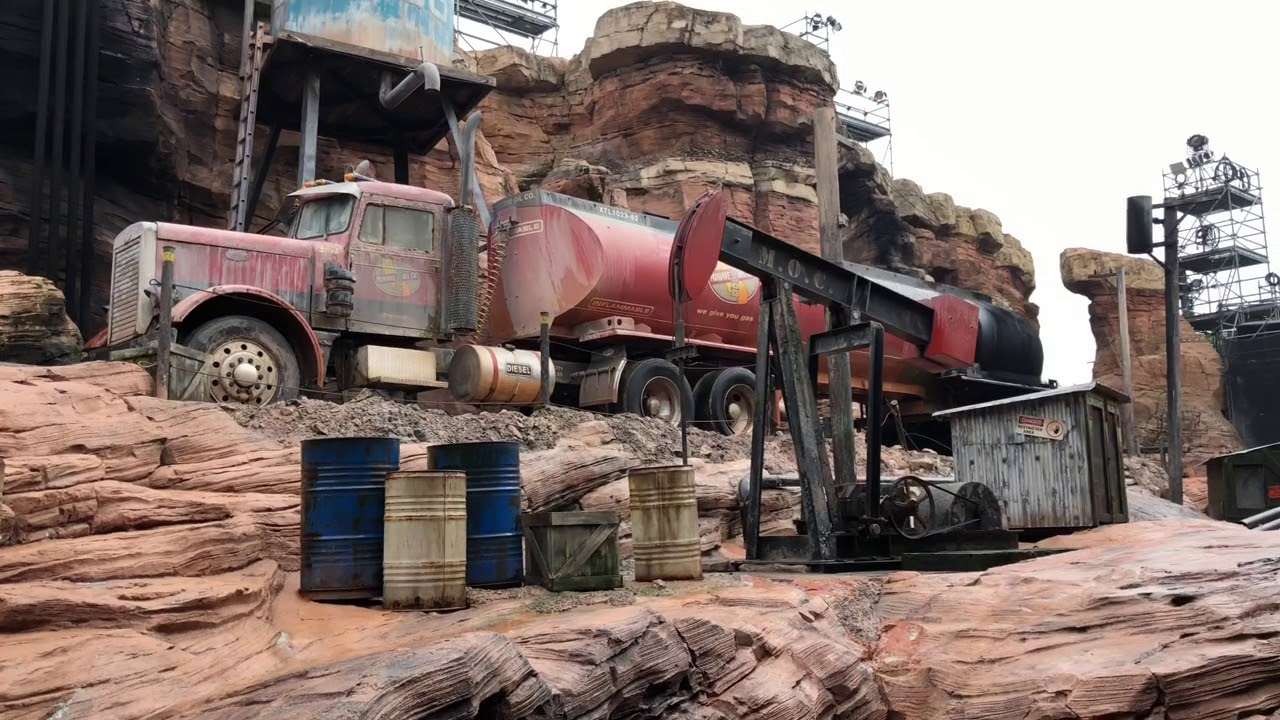 Next, guests rolled on up to Catastrophe Canyon, which functioned almost identically to its counterpart across the ocean. While Catastrophe Canyon is a fun experience, it is not like anything that you would ever actually experience in a studio. They would never build a huge theme park-type attraction to capture a shot for a movie. They tried to explain it as a special effects showcase, but realistically it was just further proving the point that this was a studio tour in name only.

After Catastrophe Canyon, the tram drove back through the exact same Dinotopia props that you went through earlier. So thus far, you had done one giant circle and seen pretty much zero things that you would actually see on a studio lot. No soundstages, no editing bays, no backlot. Even the attempt with the props fell short because they truly felt so out of place in the middle of this forest. But then, we had one the saving grace in the whole experience, the streets of London. The attraction felt like it was about to end because the tram passed the loading area, but then it kept trucking on to recreated London sets from Reign of Fire. These streets felt like a true studio backlot London area and even though they added some effects to add to the experience, it was finally something close to visiting a film studio. Even though it only lasted a couple of minutes, it was easily my favorite part of the attraction and the one part that I wish I could have seen with my own eyes.

If it wasn’t obvious by now, I was not a fan of this attraction. Referring to it as a studio tour is one of the most misleading attraction names that I’ve heard of in a Disney Park. Honestly, if it had dropped the “studio tram tour” and just called itself “Behind the Magic,” I would’ve been much more on board. It had the chance to be something so much greater than it was. Eventually, the powers that be at Disneyland Paris finally decided that it was time to move on in the area and the attraction closed on January 5, 2020. Walt Disney Studios Park is evolving like Hollywood Studios’ in that it is focusing more on helping guests live the movies as opposed to teaching guests about them. Much of the attraction is going to be scrapped for the upcoming Marvel, Star Wars and Frozen lands coming to the park, but Catastrophe Canyon will be sticking around as a part of the new Cars Route 66 Road Trip coming Summer 2020. I love the idea of restructuring that part of a new attraction, and I wish Catastrophe Canyon the best of luck in its new life.

Well, that brings us to a close today, but here’s what’s coming next week.