Walt Disney World’s Disney Skyliner transportation system isn’t slated to open until fall of next year, but resort guests have already noticed continual developments on the project over the past several months. Today, we caught a glimpse of how workers were using service gondolas to keep the project moving. 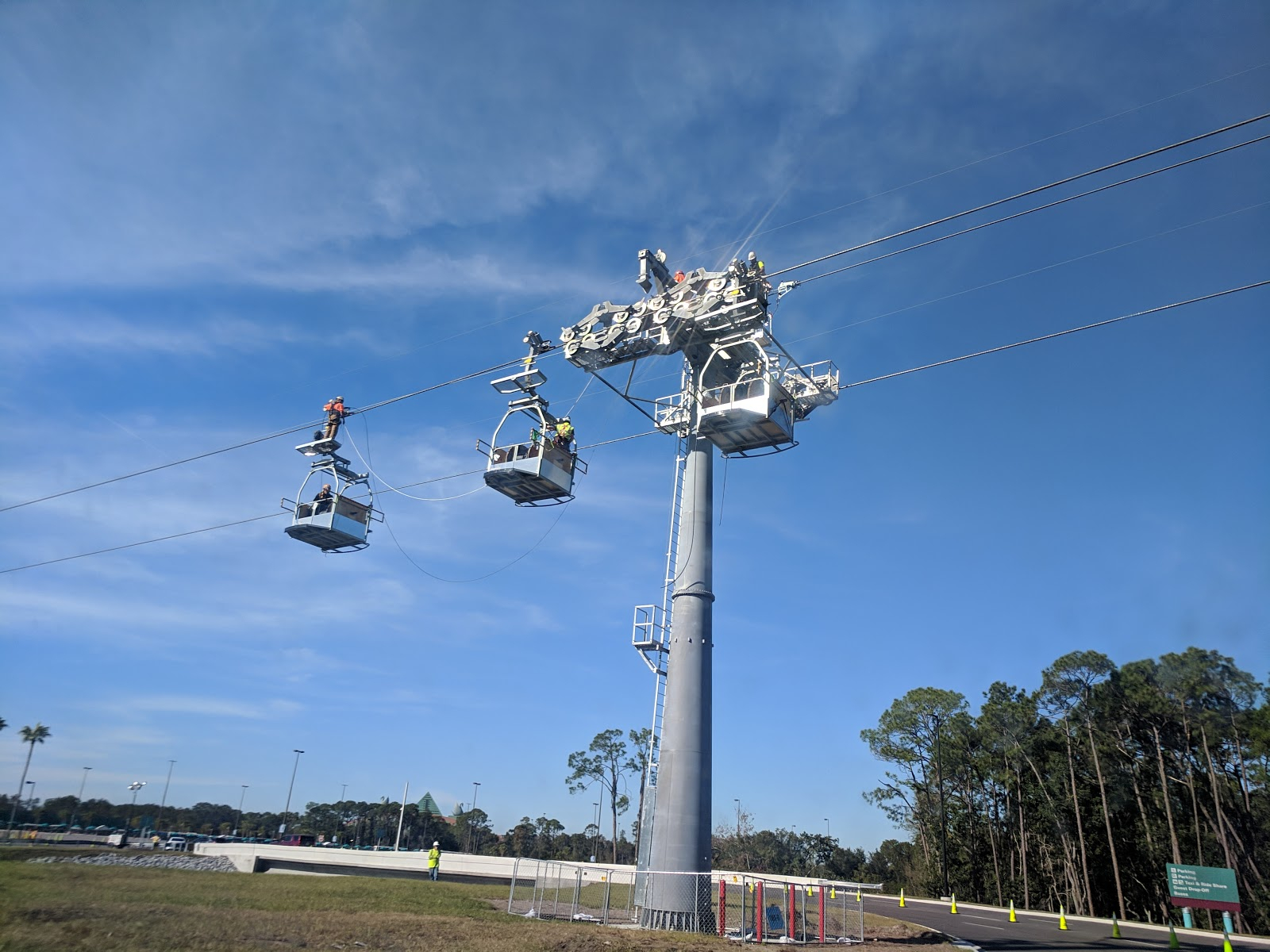 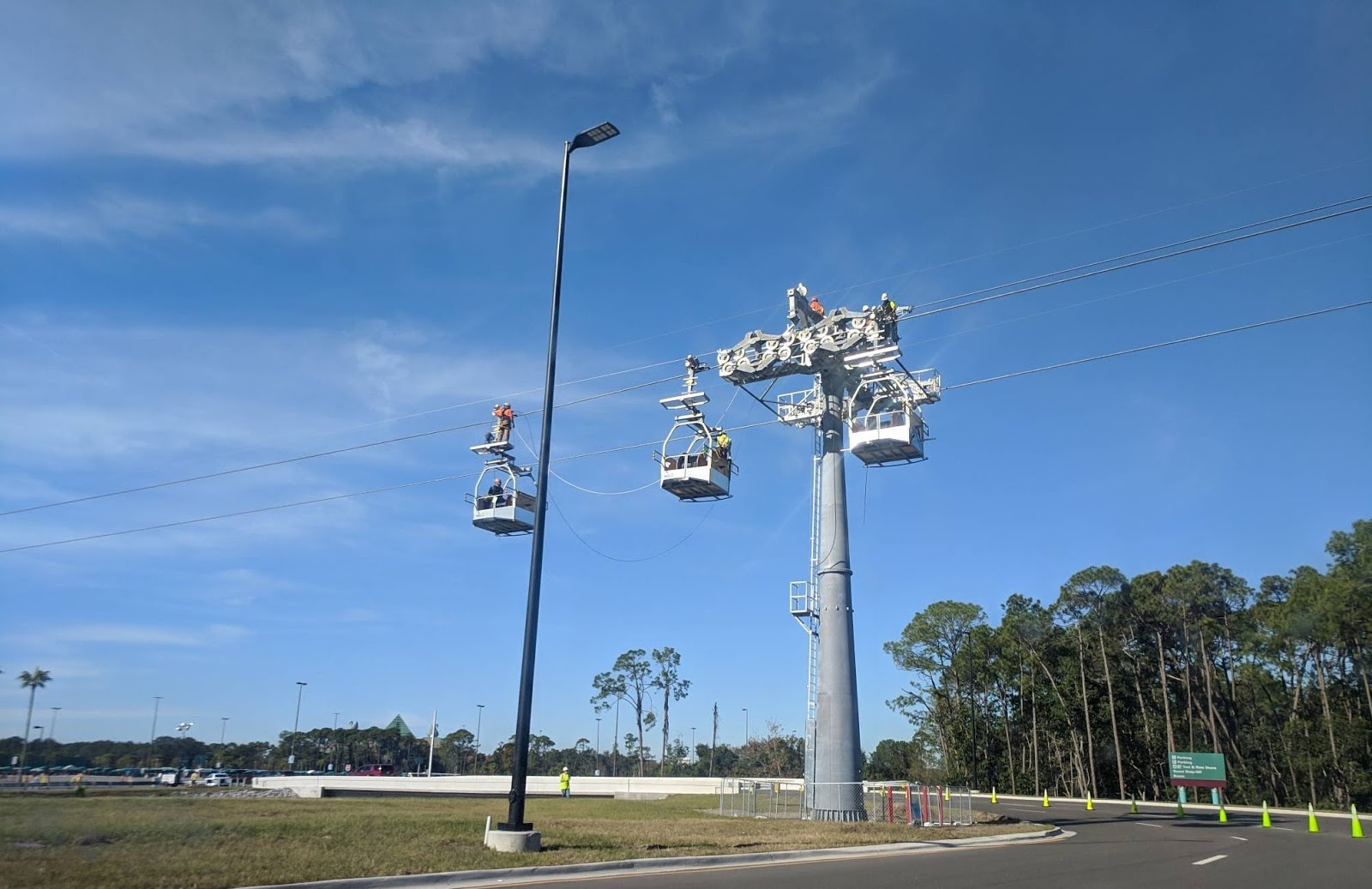 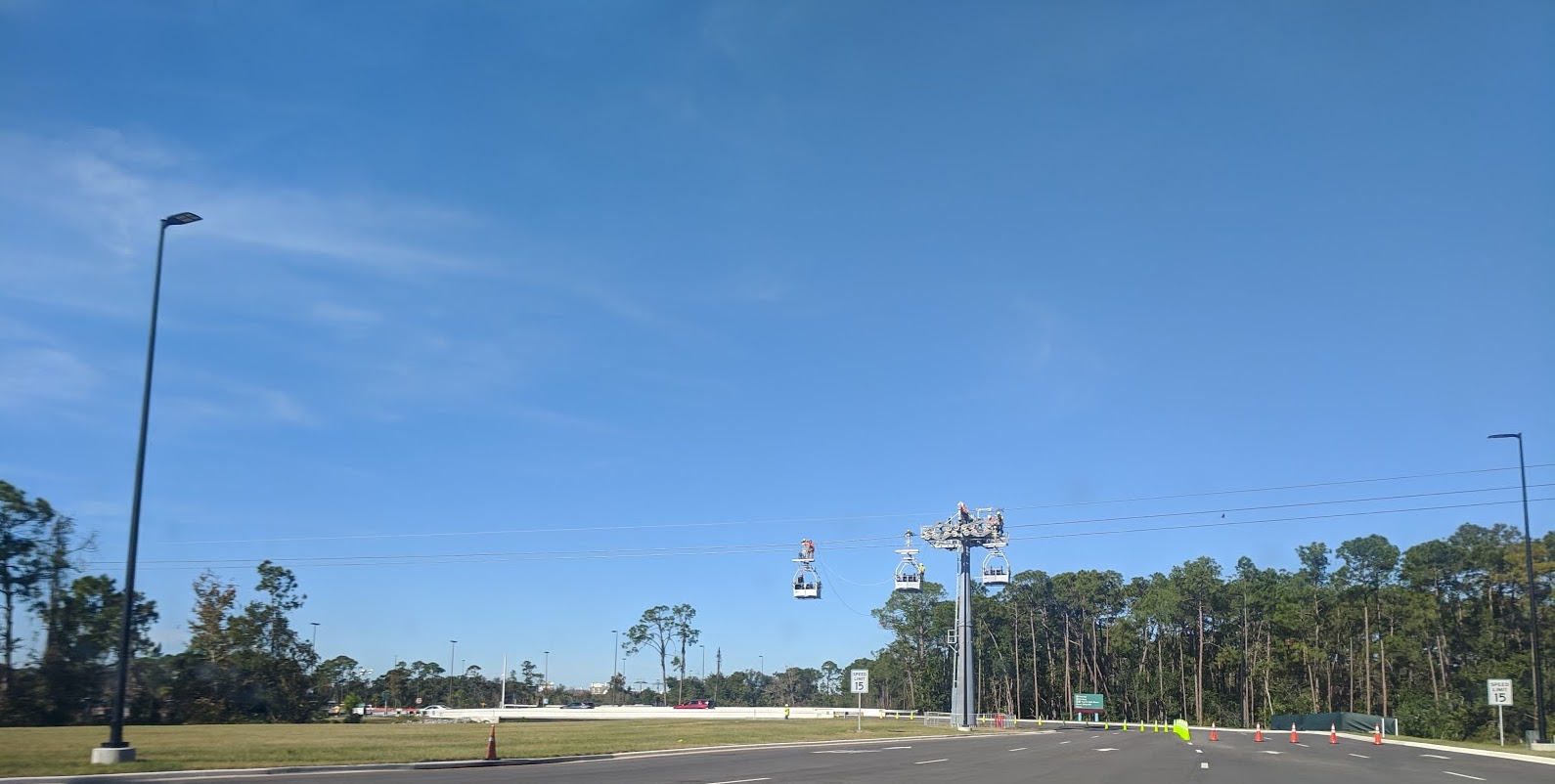