Ok Marvel fans (living in Europe), it’s time to assemble your favorite art supplies and get to work creating an original piece depicting a favorite Marvel character and referencing the re-imagined Hotel New York – The Art of Marvel. Three winners will enjoy a stay at the new resort and have their design displayed during the grand re-opening. 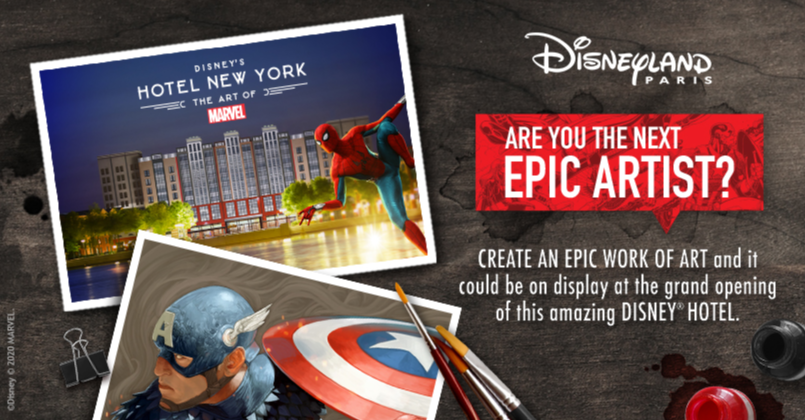