It’s quite common for guests to make Disneyland Resort a stop on their road trip, or even as their final destination, but no one has ever been able to park their van right on Pixar Pier at Disney California Adventure. Until now. This week, Ian and Barley Lightfoot, the stars of Pixar’s Onward have set up meet and greet right on the pier. 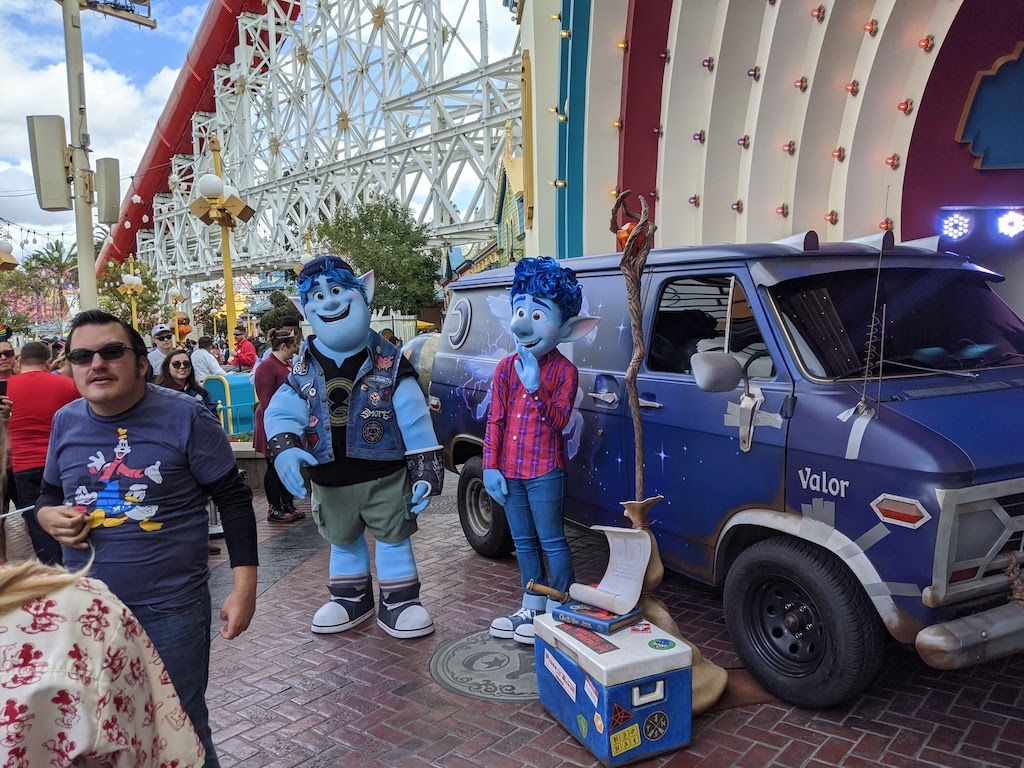 Guinevere is parked on the pier enjoying a rest from their adventures and can be seen sporting a vanity license plate GWNIVER. Barley and Ian showing each other some brotherly love. Barley exchanging a cool story with a guest. 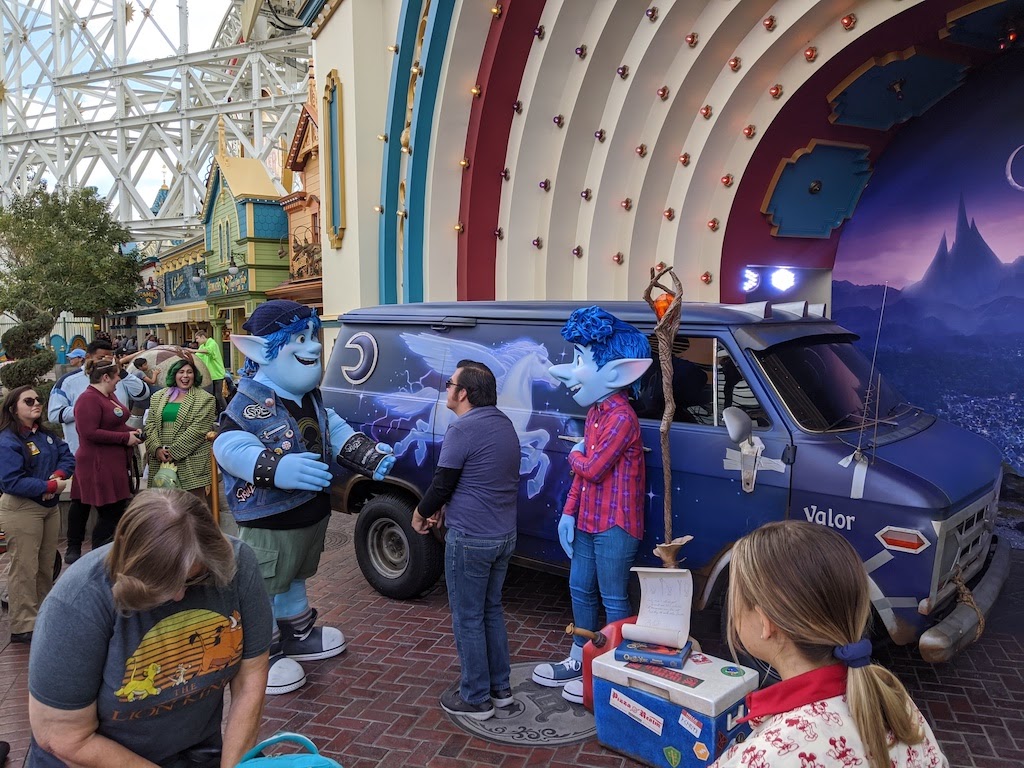 Time for a hug 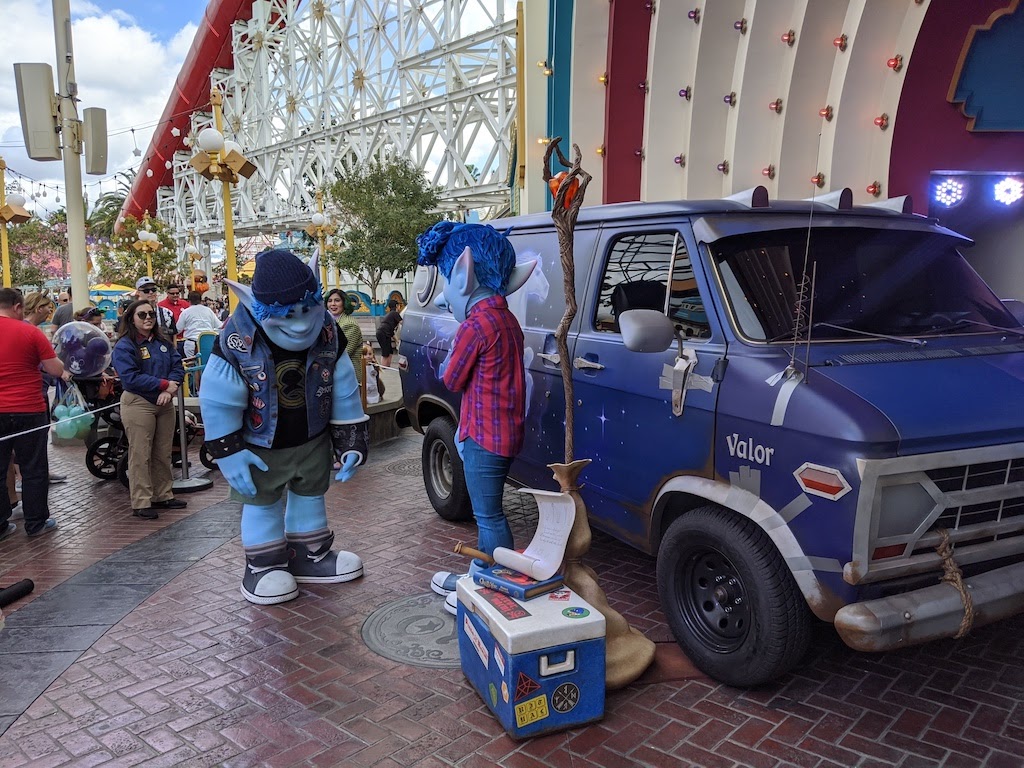 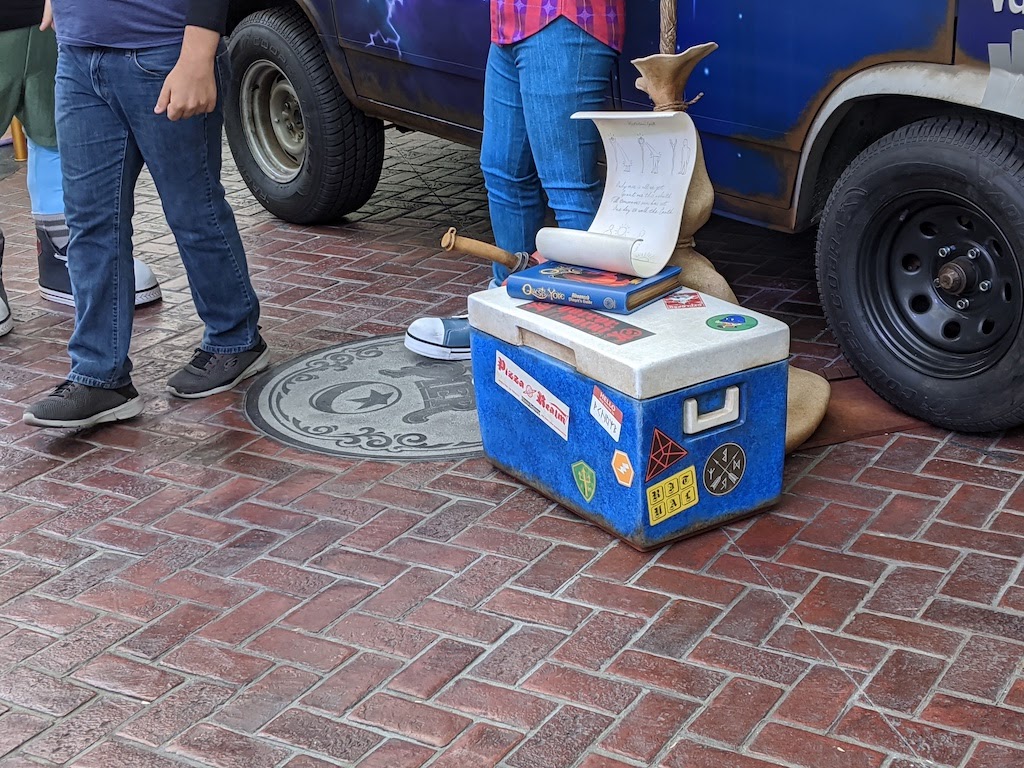 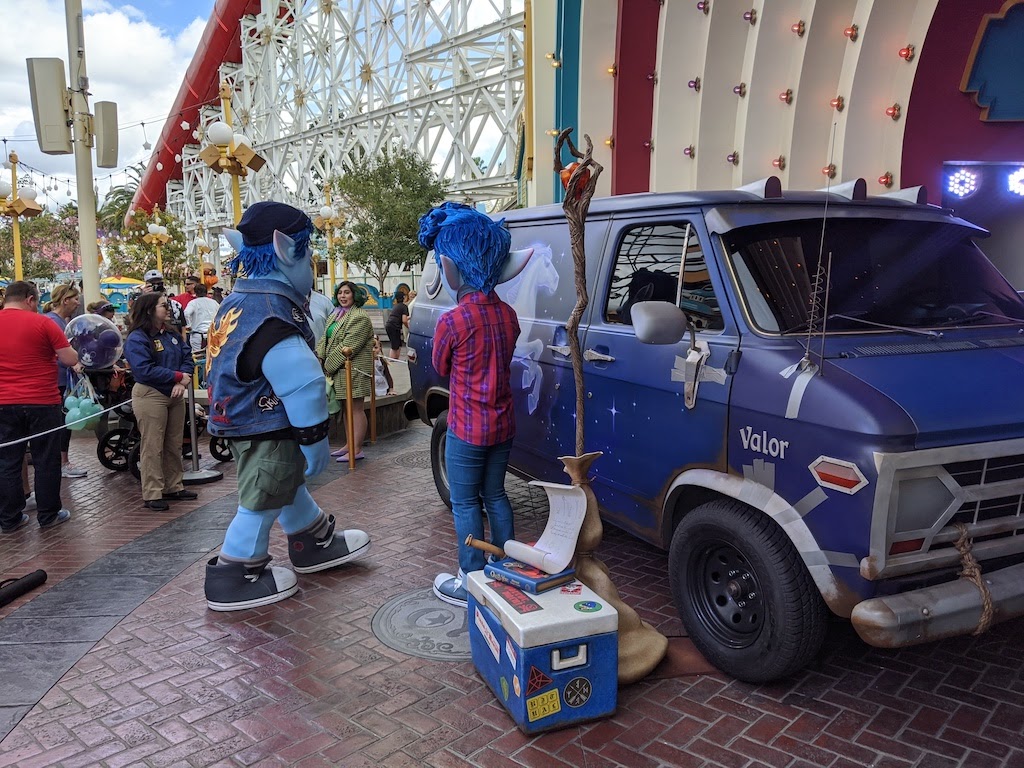 Just for fun, if you’ve never been to Pixar Pier, there’s a giant marble Pixar ball that guests can (attempt to) spin around. It’s a great way to pass the time and have kids focus their energy on their strength! 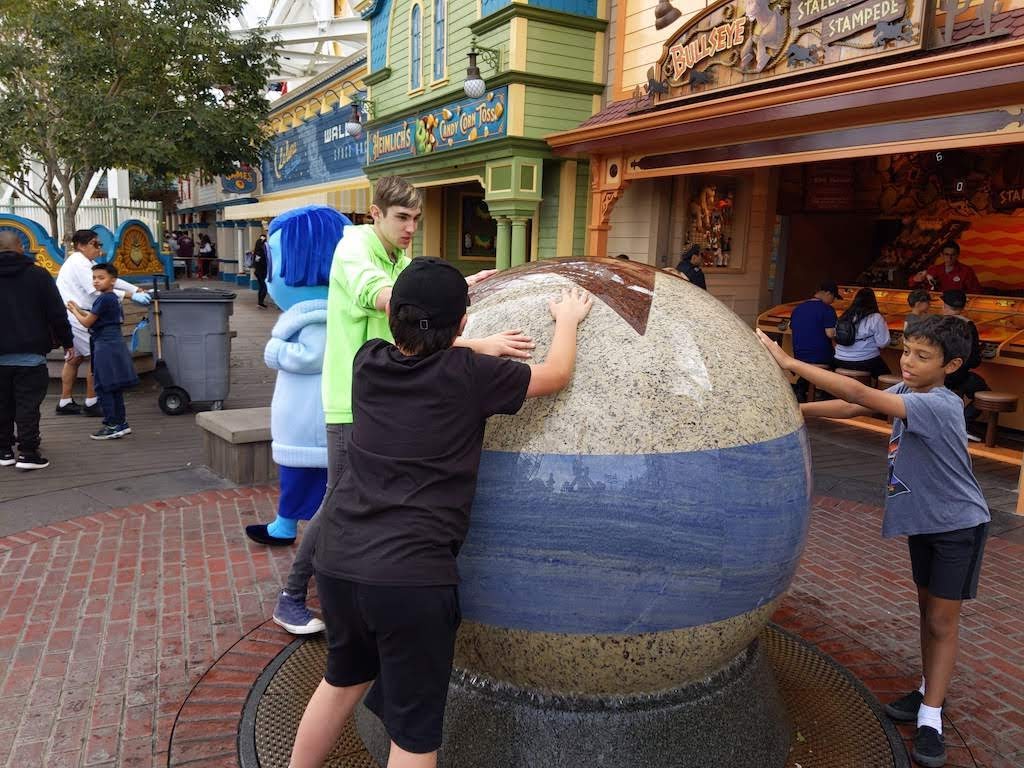 All photos by Doobie Mosely