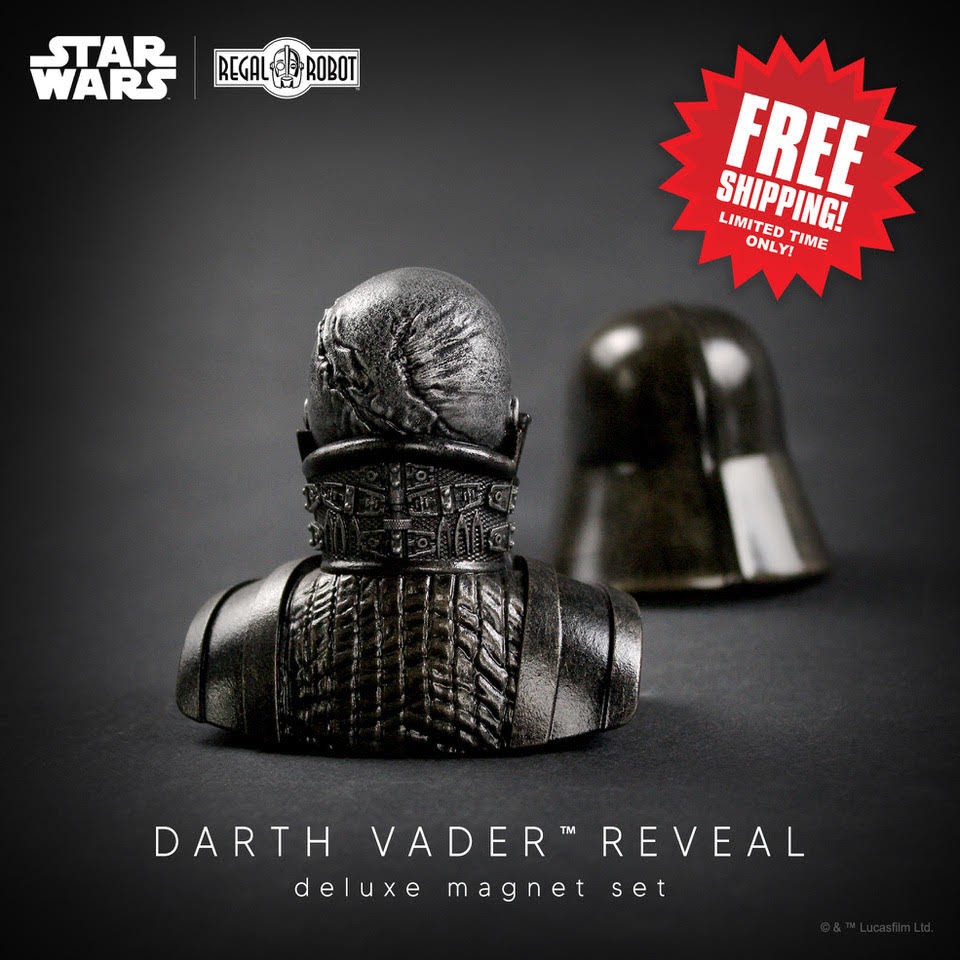 “Asteroids do not concern me, Admiral.” Many Star Wars fans have the image of the backside of Anakin Skywalker’s scarred and disfigured head underneath Darth Vader’s iconic helmet from the memorable meditation chamber scene in The Empire Strikes Back permanently seared into their brains.

Now the popular art and decor company Regal Robot has revealed an all-new deluxe Star Wars magnet set that will let fans recreate that famous scene on their very own refrigerators. The Darth Vader Reveal Deluxe Magnet Set (joining the recently released IG-11 and The Child Deluxe Magnet Set from The Mandalorian) has been unveiled just in time for “I Am Your Father’s Day” and is available alongside a three-day flash sale on Regal Robot’s themed cafe tables and folding director chairs with the coupon “FATHERS15”. 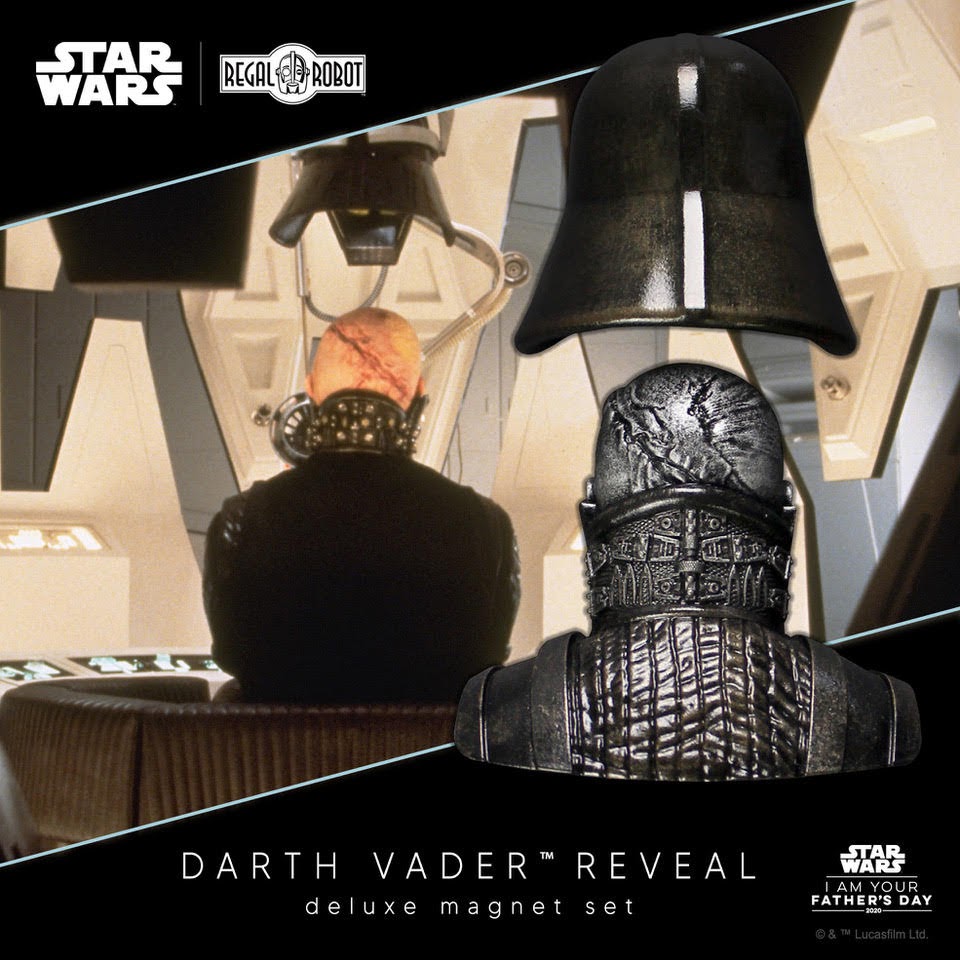 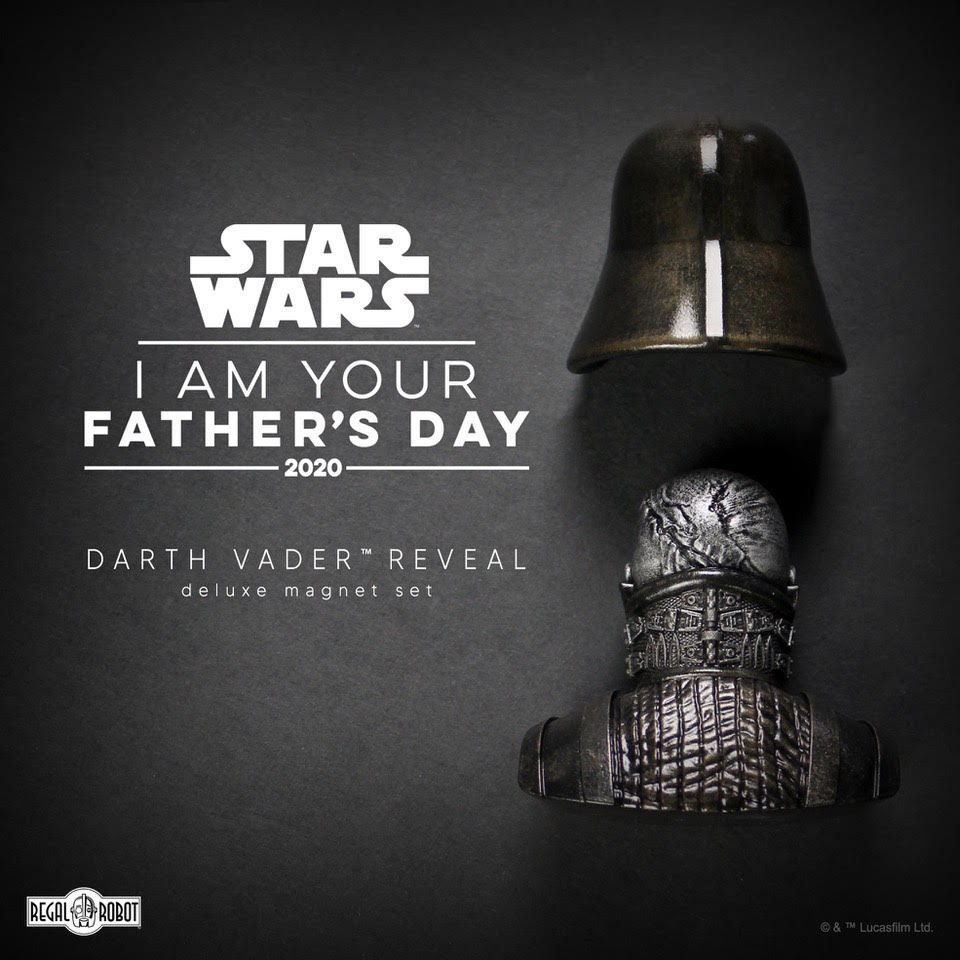 For more information and to order your own Darth Vader Reveal Deluxe Magnet set (among many other very cool Star Wars-inspired decor), be sure to visit Regal Robot’s official website.