Tiana’s Place is moving into the laughing place. Today, Disney announced that Splash Mountains at both of its domestic resorts would be reimagined with a Princess and the Frog theme. 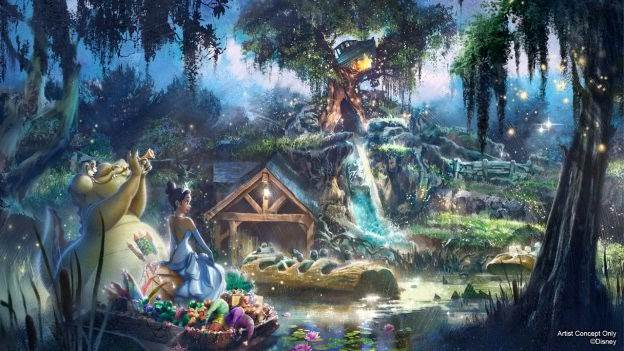