Late this morning a construction crane at Walt Disney World was struck by lightning and briefly caught on fire. No injuries or major damage has been reported at this time. 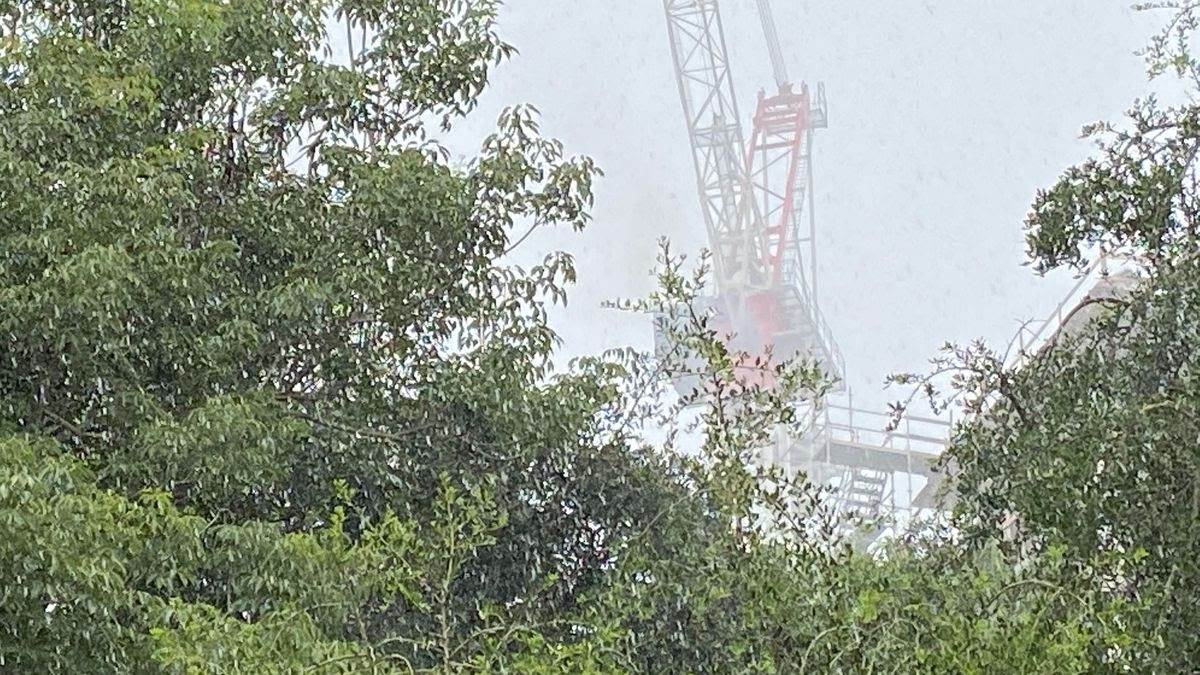