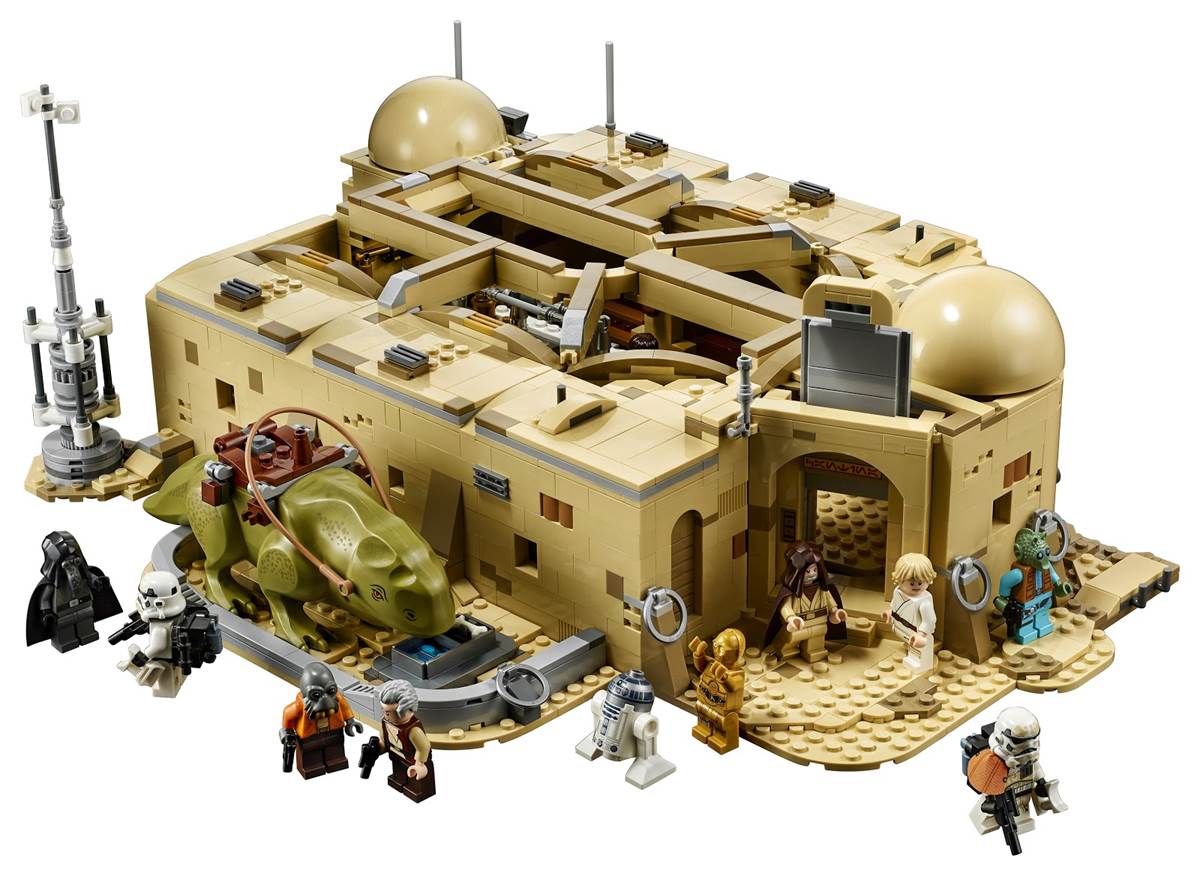 “Mos Eisley Spaceport… you will never find a more wretched hive of scum and villainy.” And within the spaceport lies Chalmun’s Cantina, where alien creatures of all varieties enjoy beverages while talking of their space-hopping adventures. When Luke Skywalker and Obi-Wan Kenobi first entered this famous location in the original Star Wars film, audiences immediately knew they were in for some strange happenings and dangerous encounters, as of course “this place can be a little rough.”

Now the internationally popular toy company LEGO has announced a sizable new Mos Eisley Cantina buildable playset, complete with the instantly recognizable bar, a Jawa shop side build, and more minifigures than you can shake a gaffi stick at. Available next week for LEGO VIP members (and at the beginning of next month for everyone else), this set is sure to make your LEGO Star Wars Cantina dreams come true. Just don’t let the droids inside. 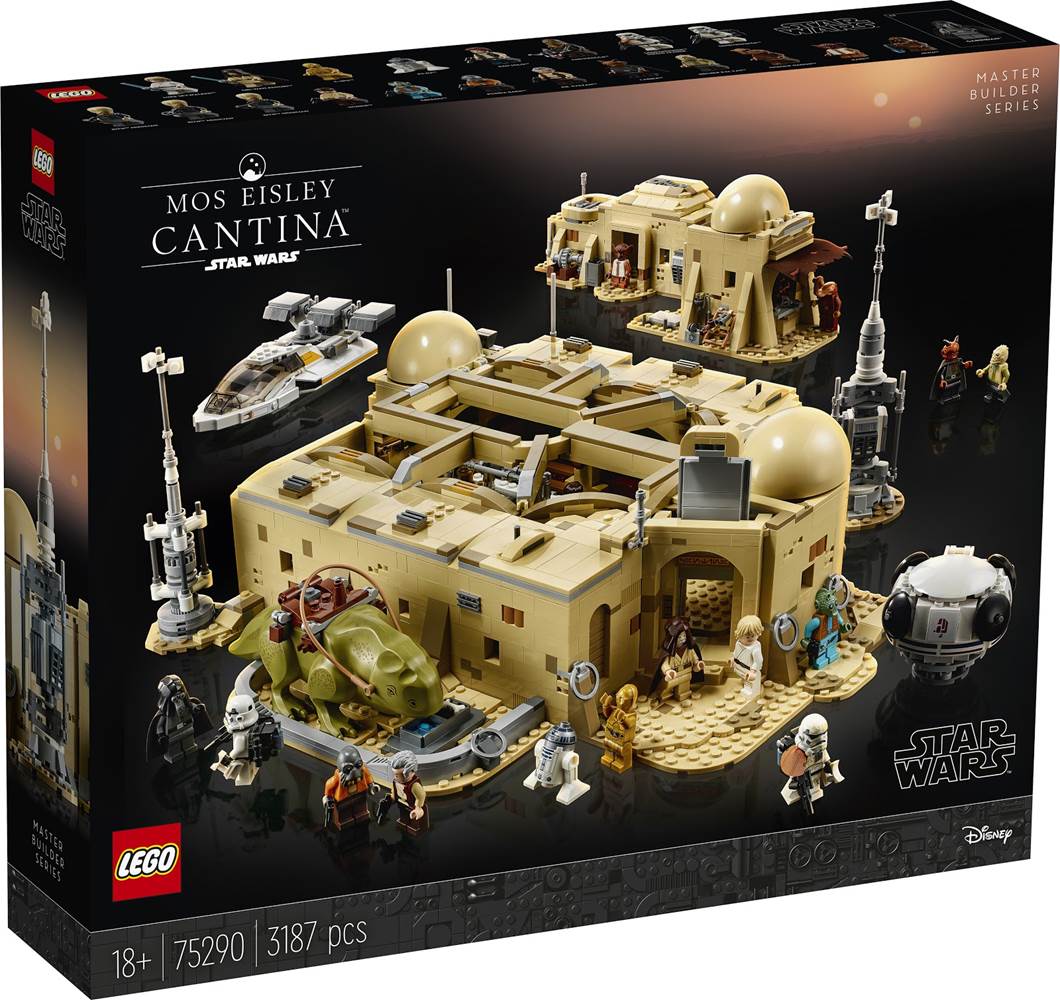 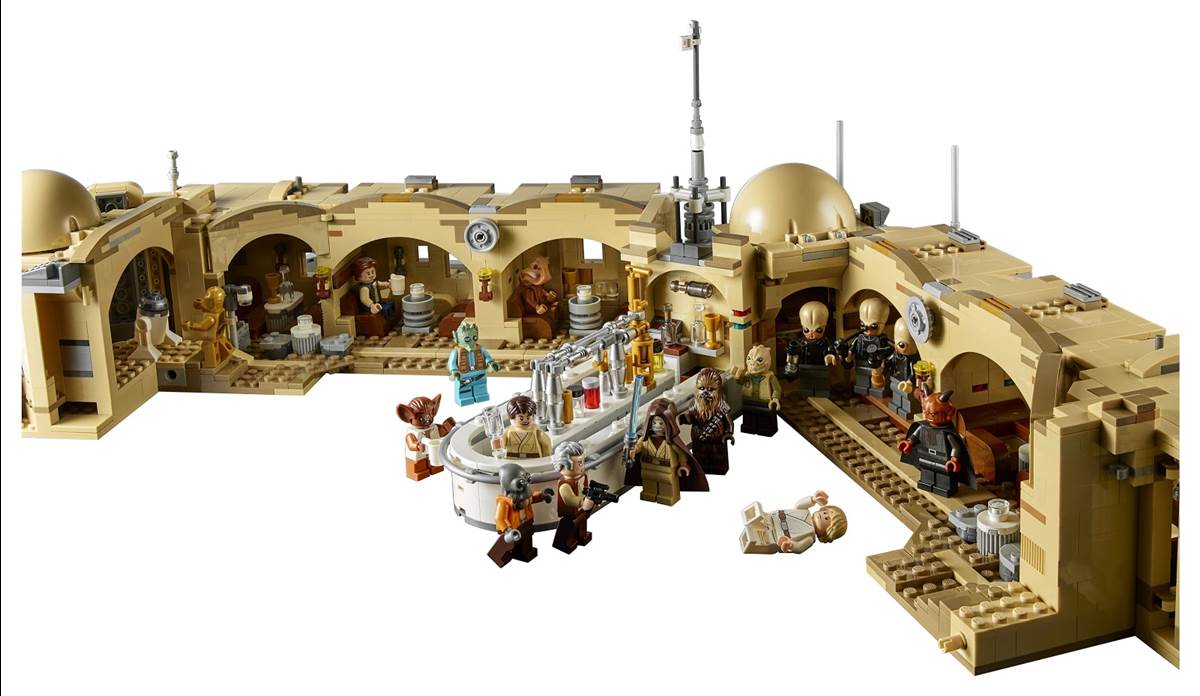 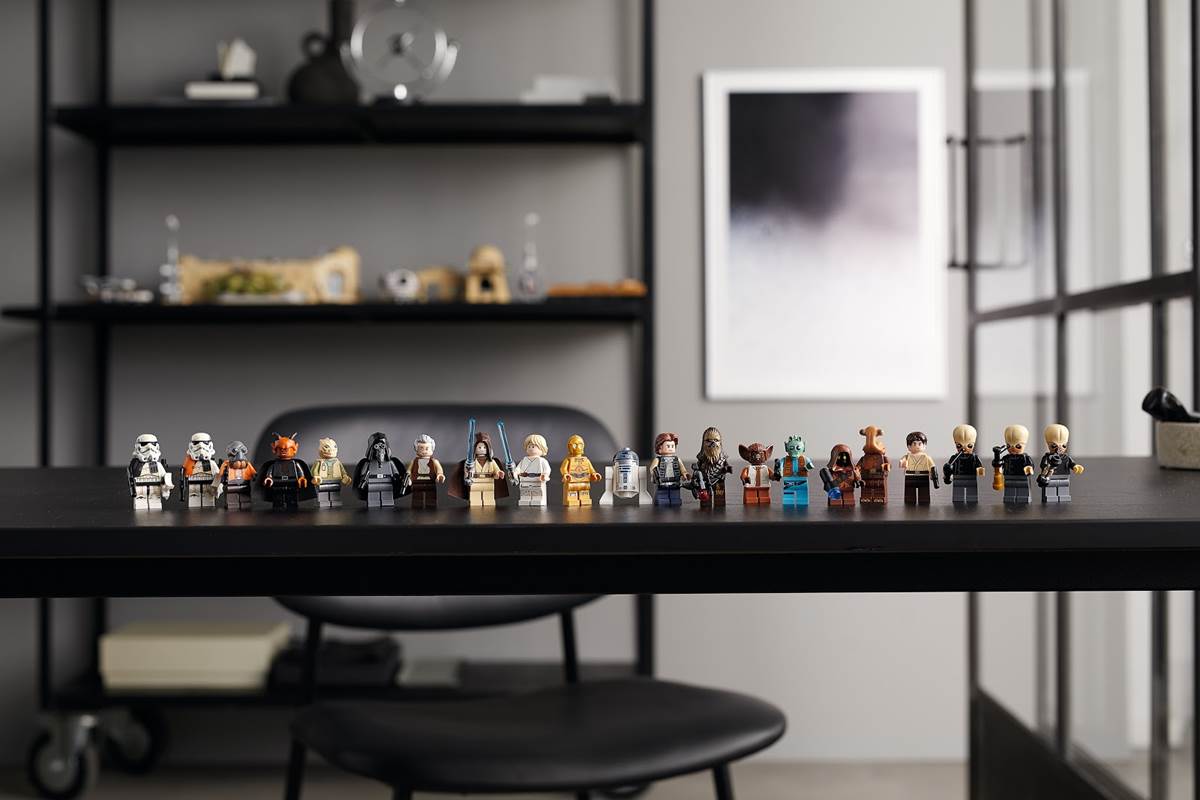 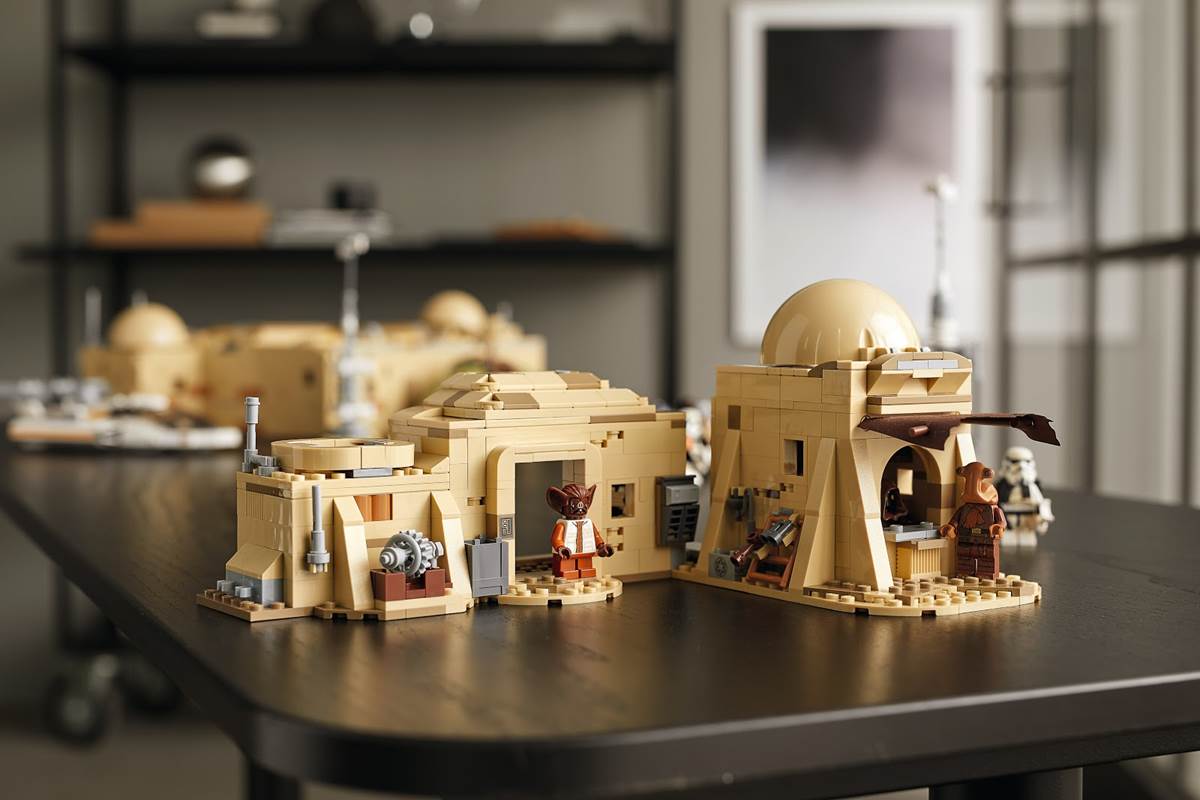 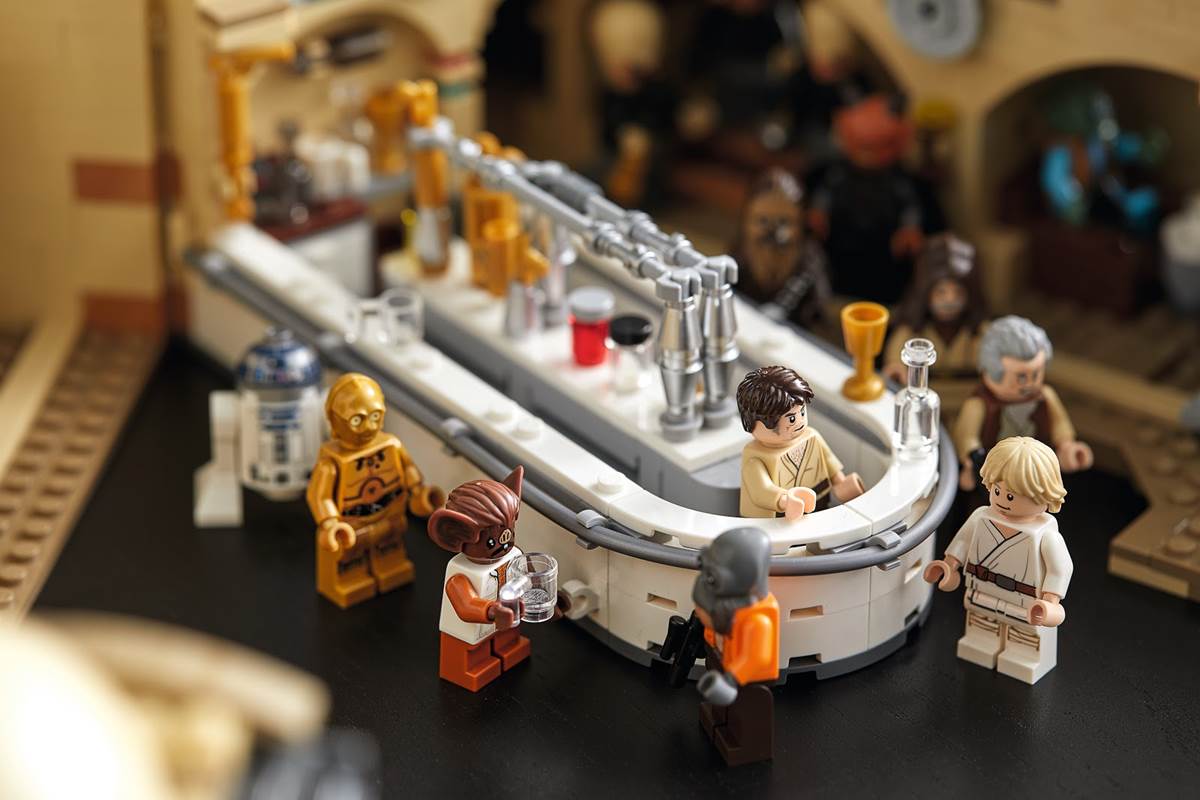 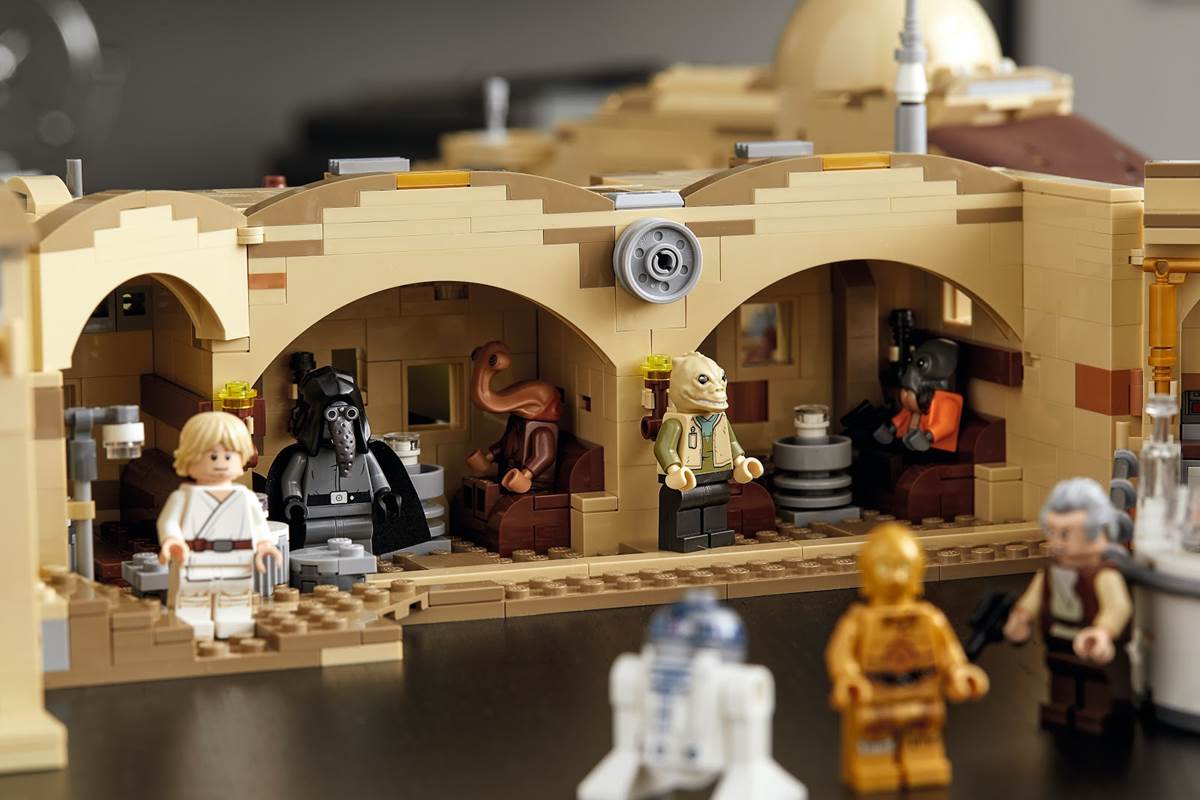 For more information on the Mos Eisley Cantina building set, be sure to visit the official LEGO website.