ABC has shared the animated character art for their upcoming hour-long special episode of Black-ish. The whole Johnson family is here including Pops and Ruby who will venture into the 2-D world in the second half of the special that premieres on October 4th. 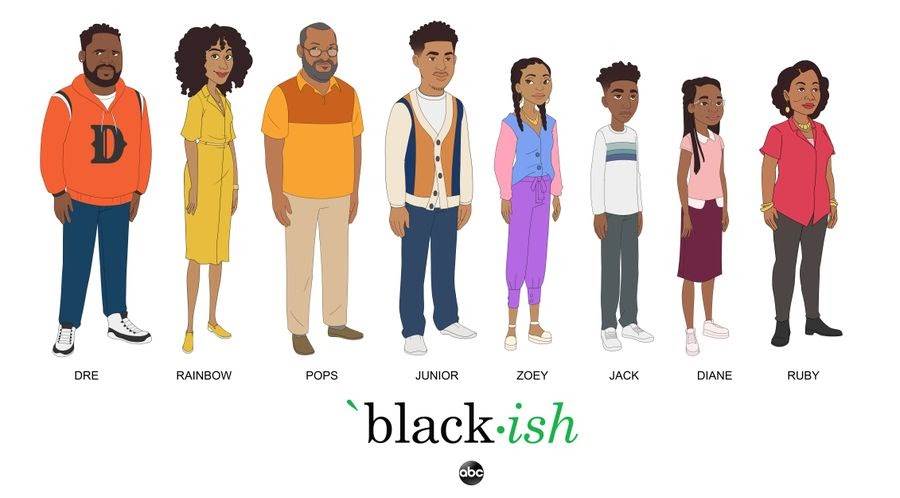 About Season Seven of Black-ish: