Following the announcement of Native and Disney teaming up for some really cool-looking shoes, we were able to spot some of them at Magic Kingdom at the Walt Disney World Resort. Disney had announced today that they are teaming up with Native Shoes to bring the style of Mickey Mouse and Minnie Mouse to an all-new collection of footwear. Native Shoes’ mission is to create a lighter, healthier, happier world for everyone. 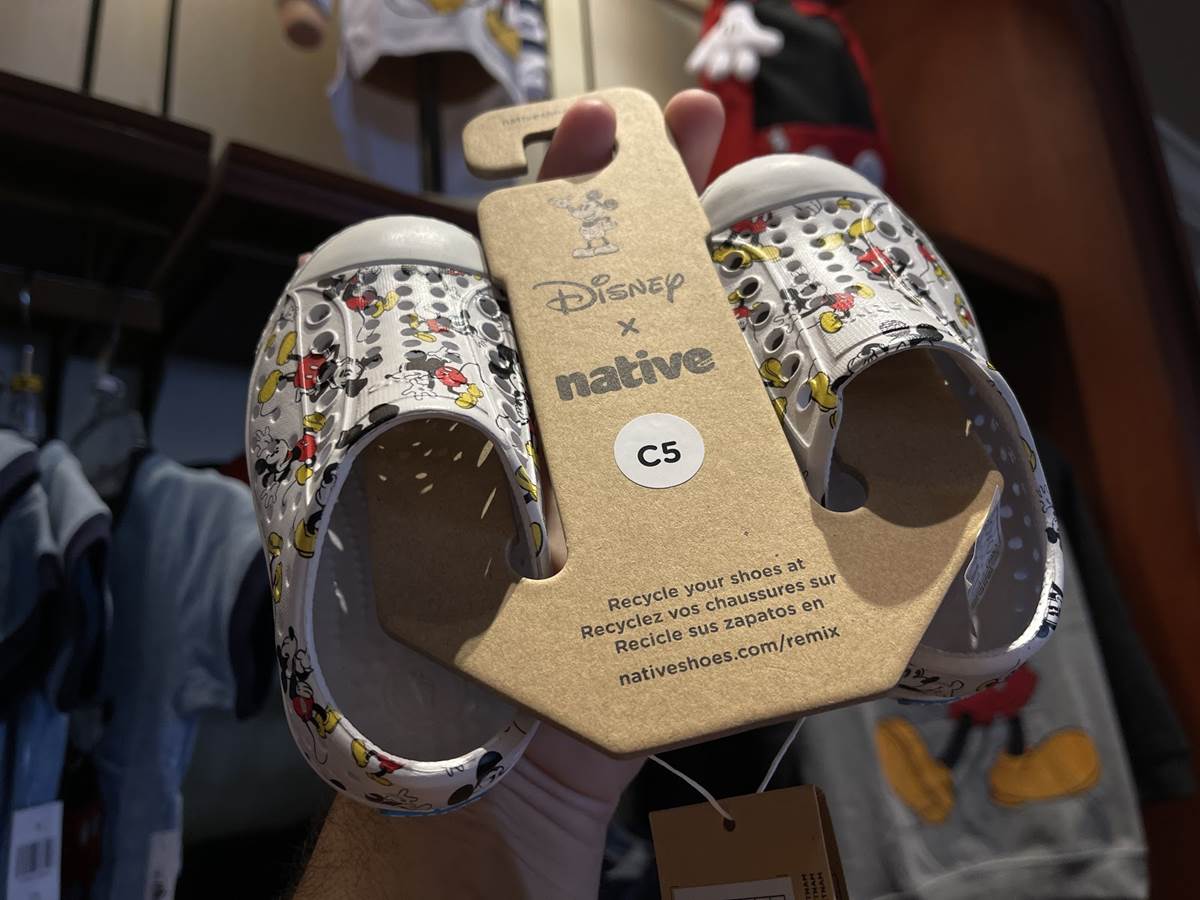 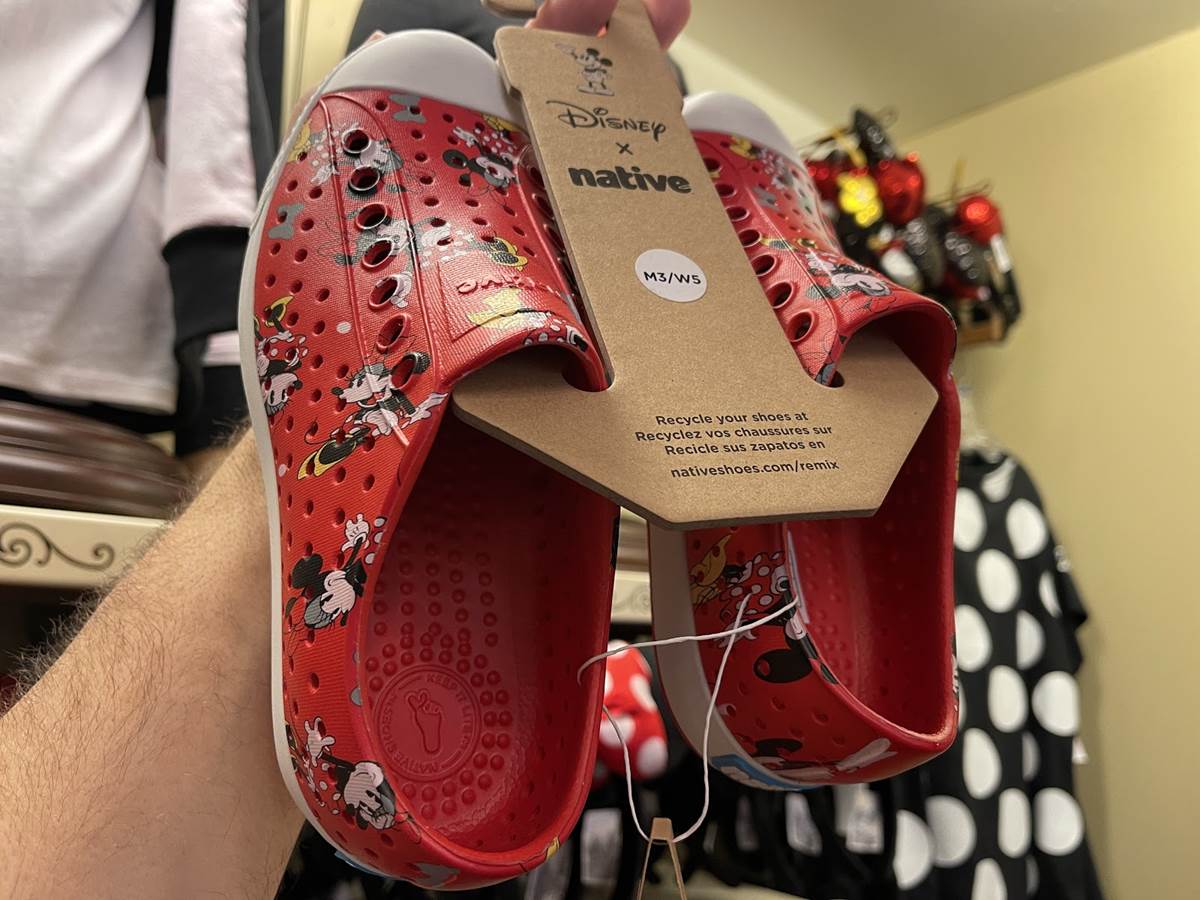 The shoes seem to mimic the Crocs look with water-friendly material, slip-on/off design, and the inside sole look. They’re available to order now at shopDisney.com, Walt Disney World Resort, and Downtown Disney District at Disneyland Resort, and coming soon to Disney stores.

The shoes started appearing at Disneyland a few days before the official announcement came out today, so you should be able to start seeing them across property if not today, very soon. Let us know which ones you pick up!