Your next flight to Never Land could be more magical as Walt Disney World is refurbishing the facade of Peter Pan’s Flight heading into the busy spring break season. Photo scrimmed construction walls have been erected around the attraction’s northwest facade, which face the Tangled-themed rest area. 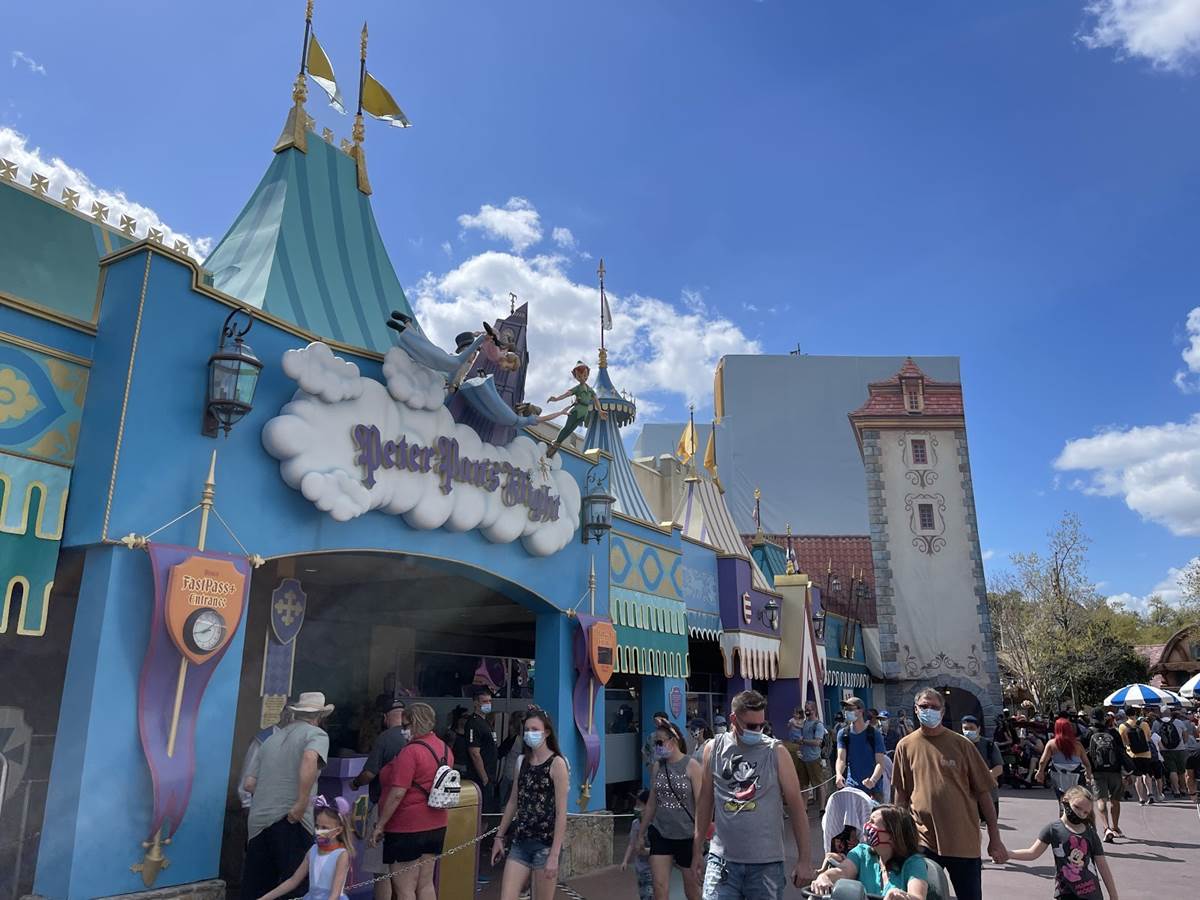 The socially distanced queue wraps around the new walls before entering the switchback queue, which includes plexiglass dividers or the health and safety of Guests. 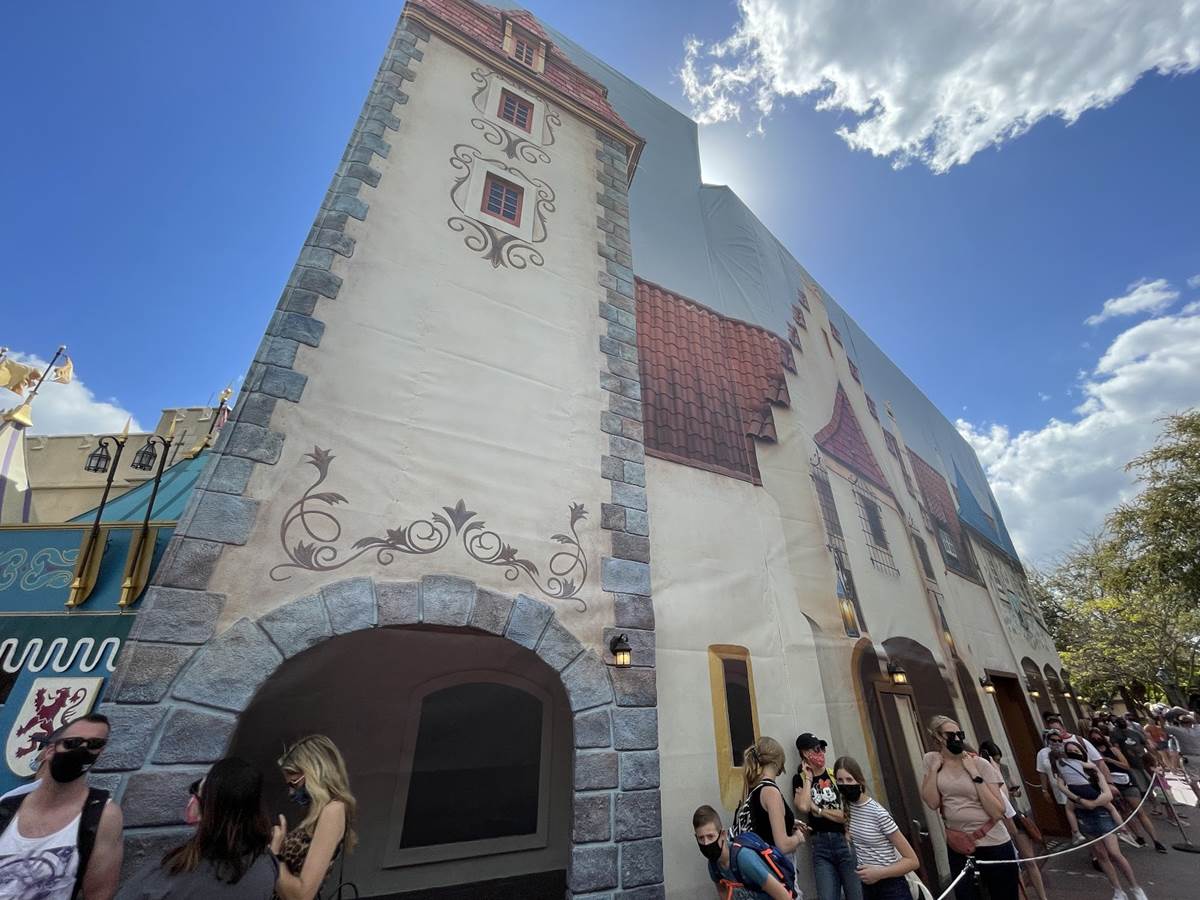 Beyond this section is the Darling Nursery area of the queue, which is still utilized, although all hands-on interactive components have been deactivated. As is common for this experience since the parks reopened, the entrance extends into Liberty Square in front of the Columbia Harbour House. 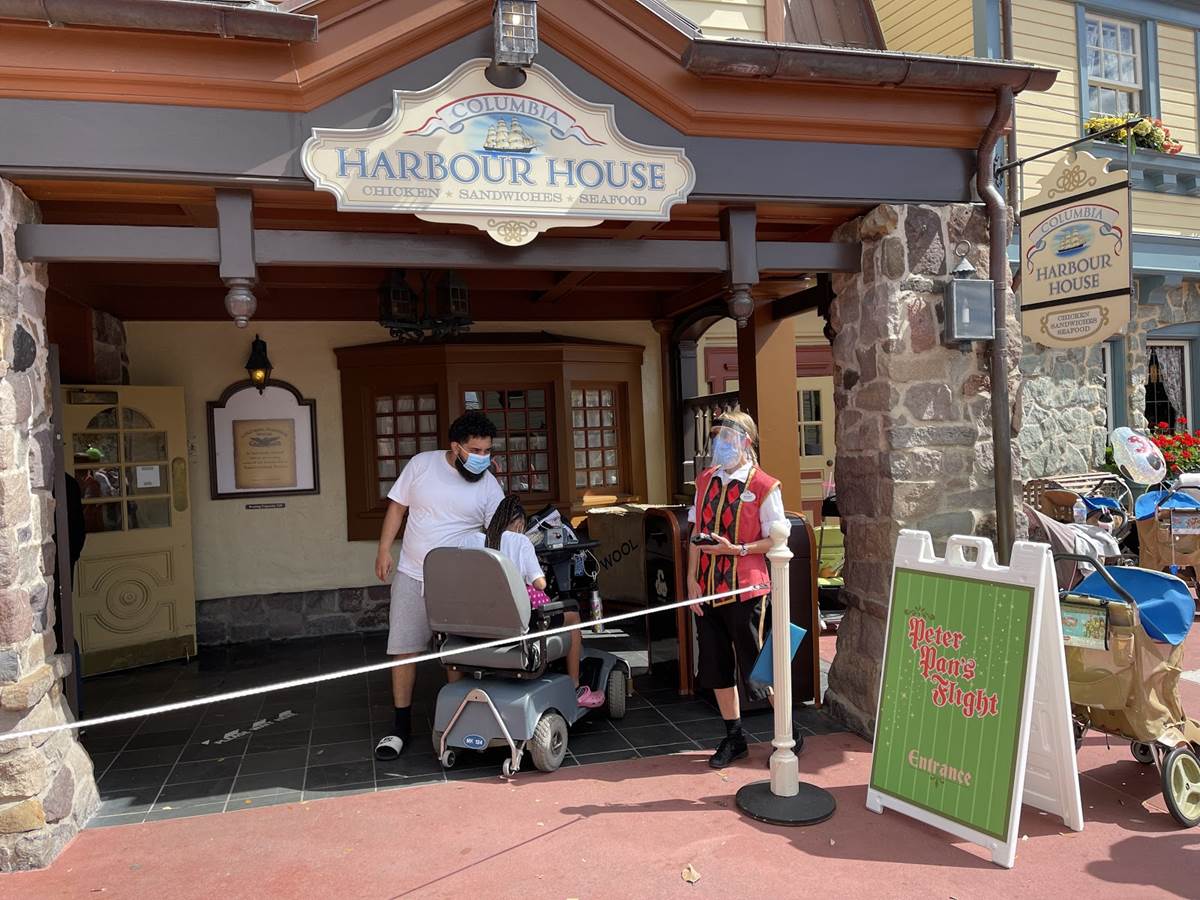 Unlike the recent facade refurbishment of it’s a small world, the colors of this facade are expected to be similar to the way they’ve been when the work is completed.