A deal between the NFL and The Walt Disney Company has officially been reached, with ABC and ESPN joining the Super Bowl rotation and more. 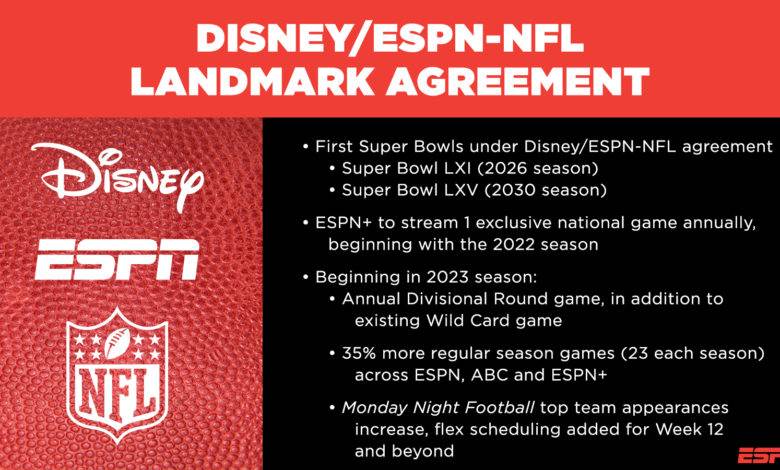