Some of the stars of the upcoming Disney+ Series, Big Shot, gathered together for an important conversation about girls in sports led by ESPN Personality Elle Duncan, and joined by student athletes around the country. 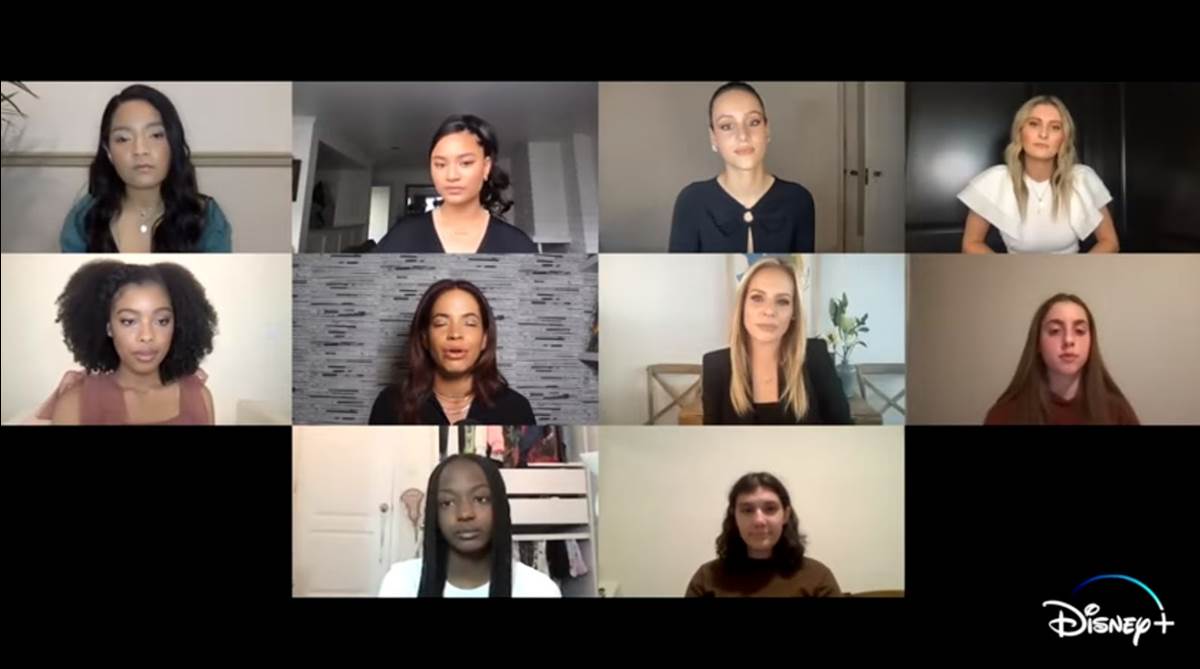