Everything Coming to Hulu in May 2021

Hulu has revealed all of their May 2021 new additions including exclusives like Marvel’s M.O.D.O.K. and the original film Plan B, plus tons of exclusive content you’ll only find on Hulu. Here’s everything coming to Hulu next month. 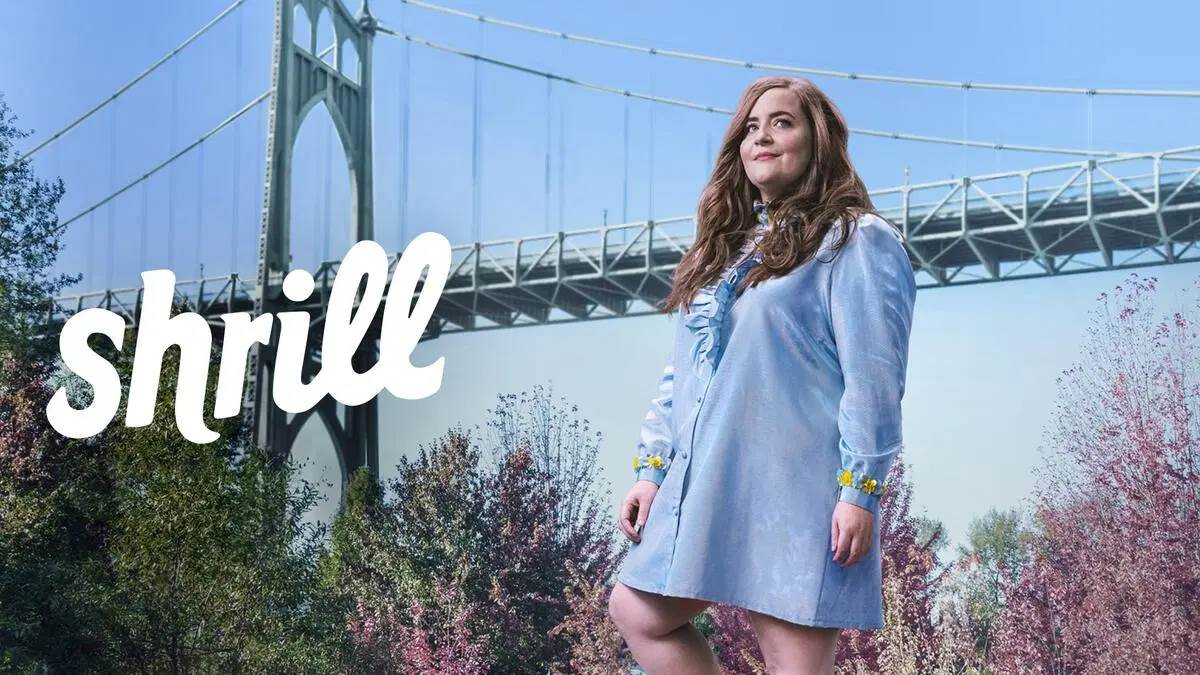 “Season three of Shrill finds Annie (Aidy Bryant) energized by her breakup with dud boyfriend Ryan and her newfound momentum at work. Annie feels like everything is finally falling into place for her, but does she actually know what she really wants?” 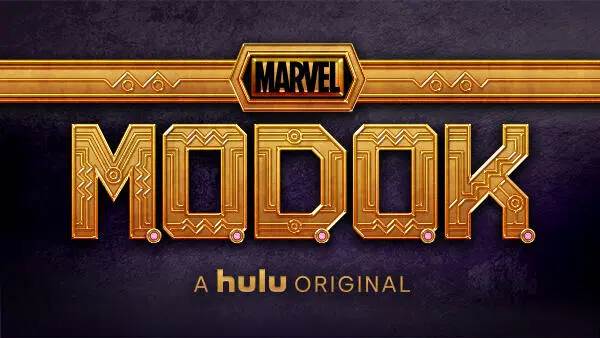 “In Marvel’s M.O.D.O.K., the megalomaniacal supervillain M.O.D.O.K. (Patton Oswalt) has long pursued his dream of one day conquering the world. But after years of setbacks and failures fighting the Earth’s mightiest heroes, M.O.D.O.K. has run his evil organization A.I.M. into the ground. Ousted as A.I.M.’s leader, while also dealing with his crumbling marriage and family life, the Mental Organism Designed Only for Killing is set to confront his greatest challenge yet!” 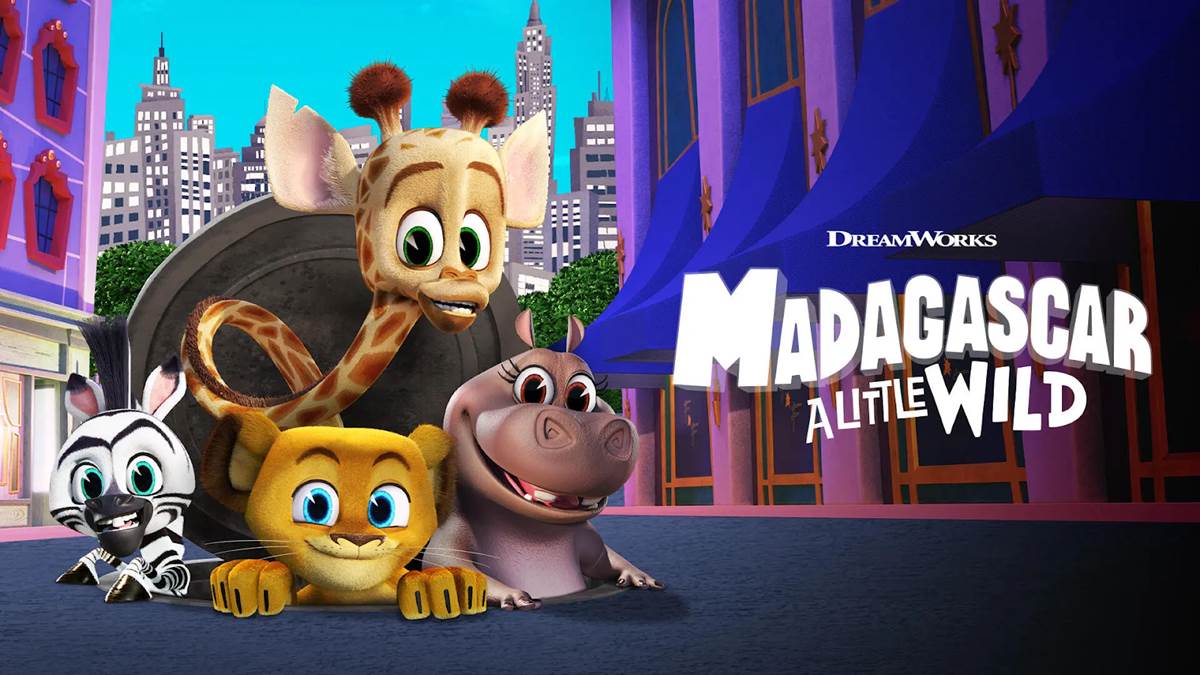 “Wrapped up in the endearing humor and physical comedy that made the MADAGASCAR movies so popular, Madagascar A Little Wild is a CG, musical comedy series featuring Alex, Marty, Gloria and Melman as young residents of a rescue habitat in the Central Park Zoo. Like everybody who lands in New York, these kids have big dreams and big plans. The series celebrates being yourself, never giving up, and pursuing your dreams with abandon, no matter the size.” 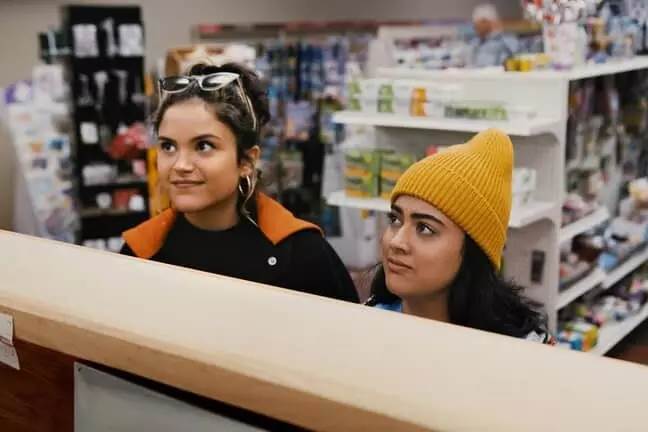 THE LEGEND OF BARON TO’A – Streaming May 3rd “THE LEGEND OF BARON TO’A tells the story of Fritz, a Tongan entrepreneur who returns to his old neighbourhood and inadvertently causes the theft of his late father’s valued pro wrestling title belt by some ruthless gangsters led by ‘man-mountain’ Tahu. When negotiation and diplomacy fail to get it back, he is forced to embrace his father’s legacy to reclaim the title.”

SHADOW IN THE CLOUD – Streaming May 5th “In the throes of World War II, Captain Maude Garrett (CHLOË GRACE MORETZ) joins the all-male crew of a B-17 bomber with a top-secret package. Caught off guard by the presence of a woman on a military flight, the crew tests Maude’s every move. Just as her quick wit is winning them over, strange happenings and holes in her backstory incite paranoia surrounding her true mission. But this crew has more to fear…lurking in the shadows, something sinister is tearing at the heart of the plane. Trapped between an oncoming air ambush and an evil lurking within, Maude must push beyond her limits to save the hapless crew and protect her mysterious cargo.” “As a memory loss virus runs rampant, one couple fights to hold their relationship together before the disease can erase all memory of their love in this sweeping sci-fi romance.” 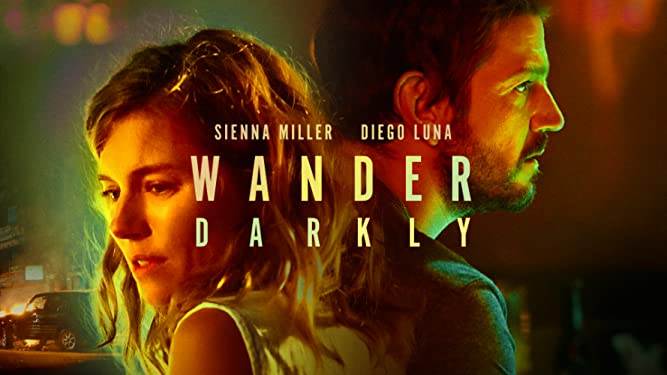 “In WANDER DARKLY, a traumatic accident leaves a couple, Adrienne (Sienna Miller) and Matteo (Diego Luna), in a surreal state of being that takes them on a disorienting journey through the duality of their shared moments. By reliving fond recollections from the beginning of their romance while also navigating the overwhelming truths of their present, they must rediscover the love that truly binds them together. Writer-director Tara Miele offers a profound new perspective on the delicate nature of relationships with this emotionally moving story about a couple who must reflect on their past in order to face their uncertain future.” 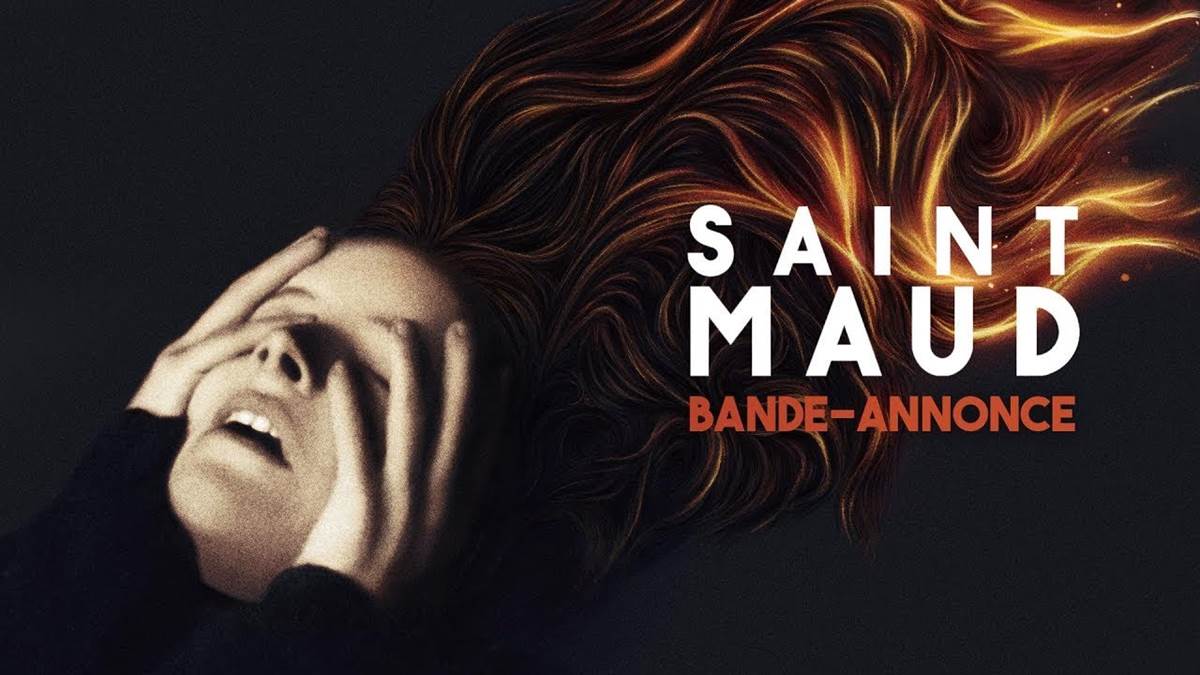 “The debut film from writer-director Rose Glass, SAINT MAUD is a chilling and boldly original vision of faith, madness, and salvation in a fallen world. Maud, a newly devout hospice nurse, becomes obsessed with saving her dying patient’s soul — but sinister forces, and her own sinful past, threaten to put an end to her holy calling.”

SOME KIND OF HEAVEN – Streaming May 13th 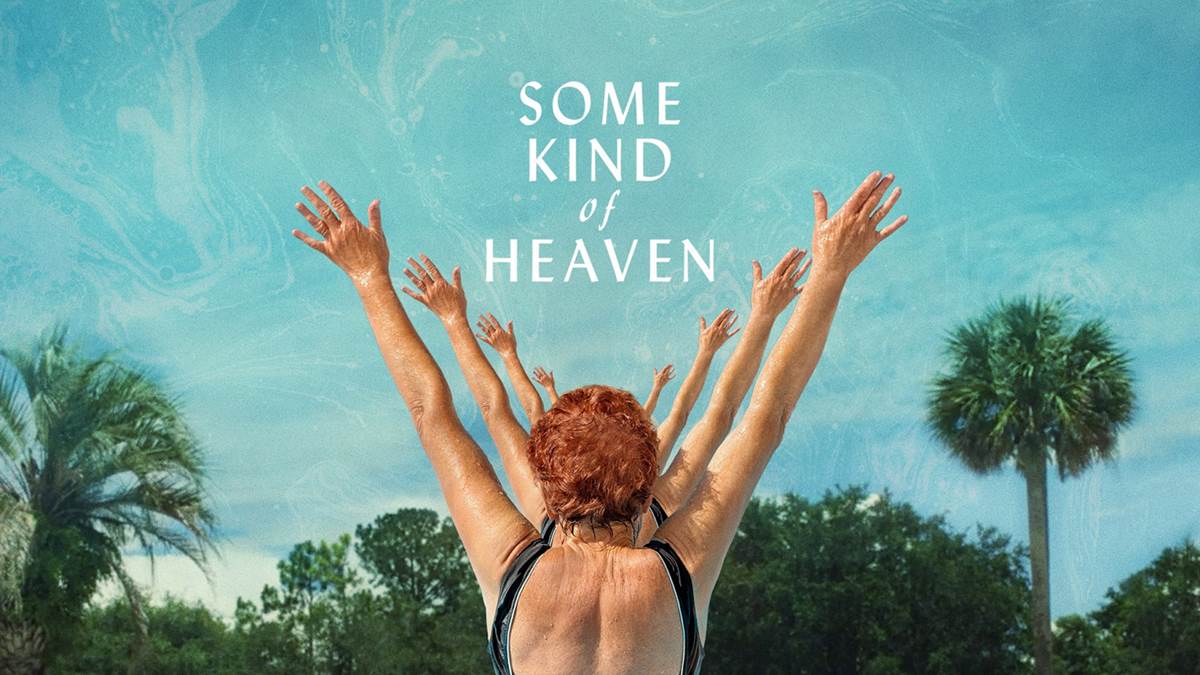 “America’s seniors have discovered the fountain of youth. It’s in The Villages, FL. With SOME KIND OF HEAVEN, first-time feature director Lance Oppenheim cracks the manicured facade of The Villages, America’s largest retirement community – a massive, self-contained utopia located in Central Florida. Behind the gates of this palm tree-lined fantasyland, SOME KIND OF HEAVEN invests in the dreams and desires of a small group of Villages residents – and one interloper – who are unable to find happiness within the community’s pre-packaged paradise. With strikingly composed cinematography, this candy-colored documentary offers a tender and surreal look at the never-ending quest for finding meaning and love in life’s final act.” 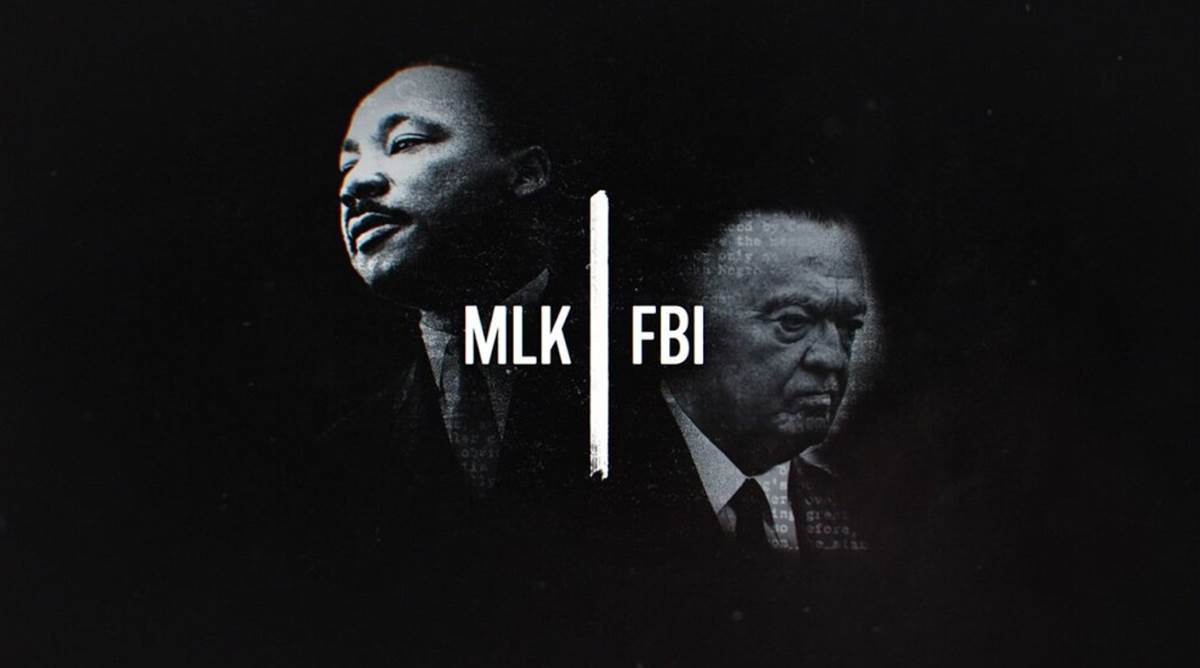 “Dr. Martin Luther King Jr. is remembered today as an American hero: a bridge-builder, a shrewd political tactician, and a moral leader. Yet throughout his history-altering political career, he was often treated by U.S. intelligence and law enforcement agencies like an enemy of the state. In this virtuosic documentary, award-winning editor and director Sam Pollard lays out a detailed account of the FBI surveillance that dogged King’s activism throughout the ’50s and ’60s, fueled by the racist and red-baiting paranoia of J. Edgar Hoover. In crafting a rich archival tapestry, featuring some revelatory restored footage of King, Pollard urges us to remember that true American progress is always hard-won.” “Steve Zahn stars as Troy, a troubled but well-intentioned father who has recently separated from his wife Sally (Jillian Bell). Aghast at Sally's refusal to let their trans son Joe (Sasha Knight) live as his authentic self, Troy runs off with Joe into the Montana wilderness. Meanwhile police detective (Ann Dowd) pursues them, but her resolve about the case is tested the more she learns about Joe's family. COWBOYS, a modern day Western from director Anna Kerrigan, is a tale of rescue, family betrayal and a father and son on the run.”

“Sam (Colin Firth) and Tusker (Stanley Tucci), partners of twenty years, are travelling across England in their old campervan visiting friends, family and places from their past. Following a life-changing diagnosis, their time together has become more important than ever until secret plans test their love like never before.”

THE VIGIL – Streaming May 28th 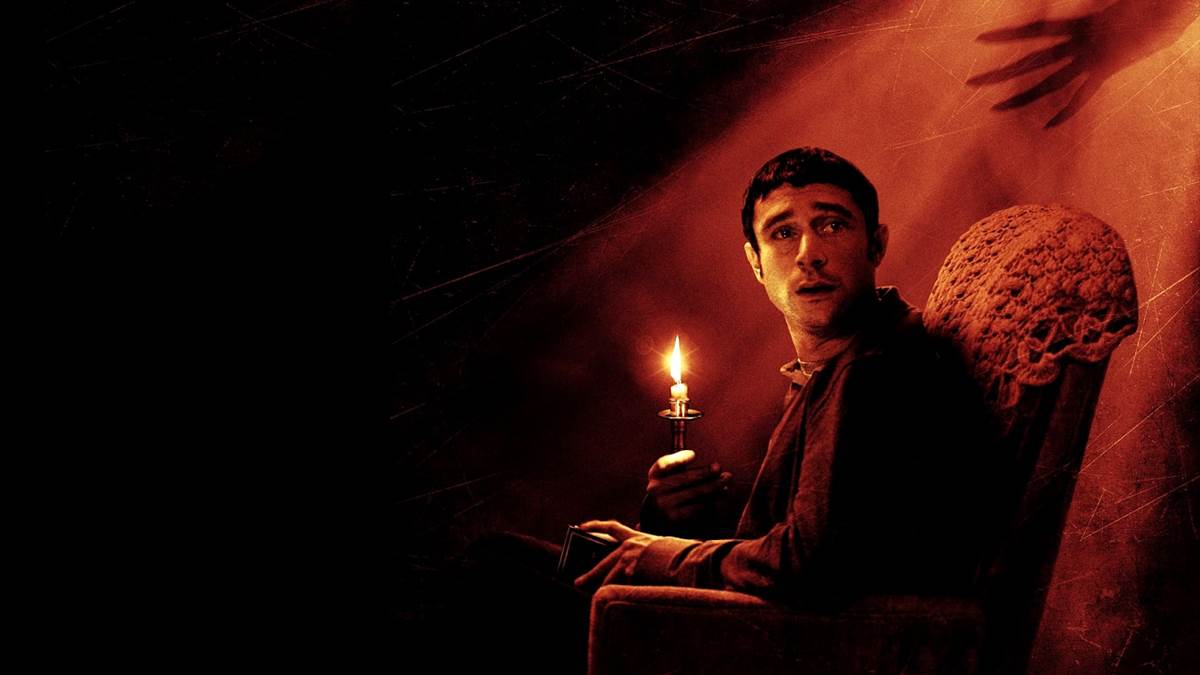 “Steeped in ancient Jewish lore and demonology, THE VIGIL is a supernatural horror film set over the course of a single evening in Brooklyn’s Hasidic Borough Park neighborhood. Low on funds and having recently left his insular religious community, Yakov reluctantly accepts an offer from his former rabbi and confidante to take on the responsibility of an overnight “shomer,” fulfilling the Jewish practice of watching over the body of a deceased community member. Shortly after arriving at the recently departed’s dilapidated house to sit the vidil, Yakov begins to realize that something is very, very wrong.”

THE DONUT KING – Streaming May 31st 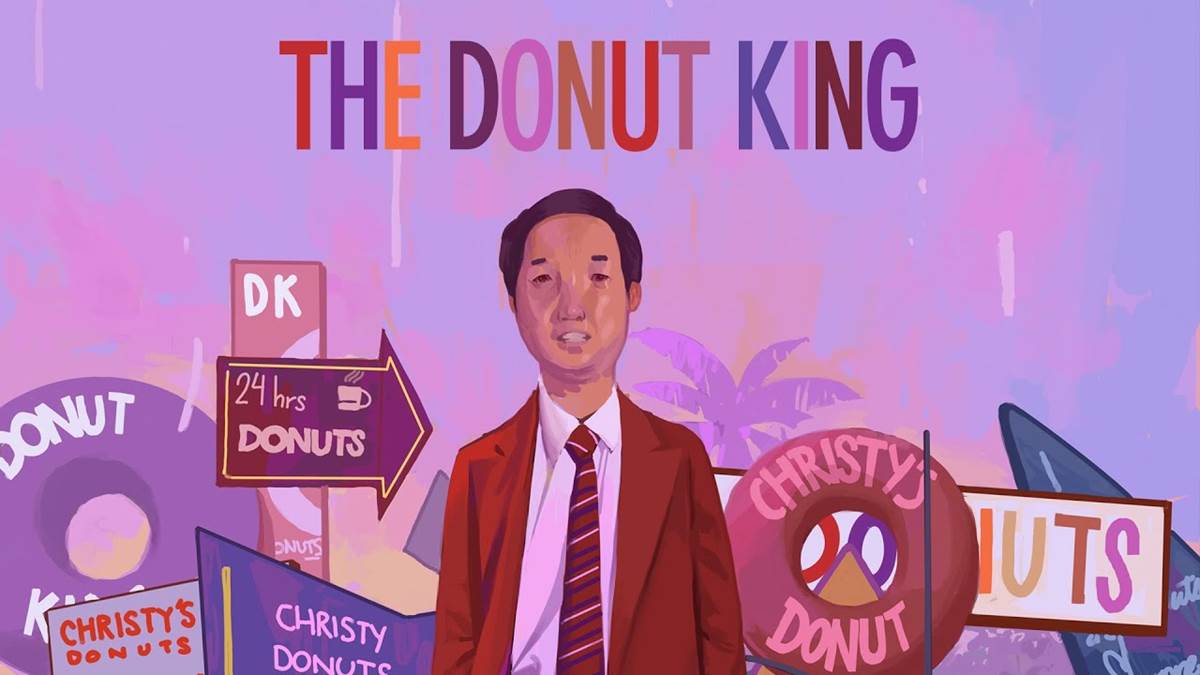 “The rise and fall of a Cambodian refugee who escaped genocide and overcame poverty to build a life for himself — and hundreds of other immigrant families — by baking America’s favorite pastry and building an unlikely empire of donut shops.” 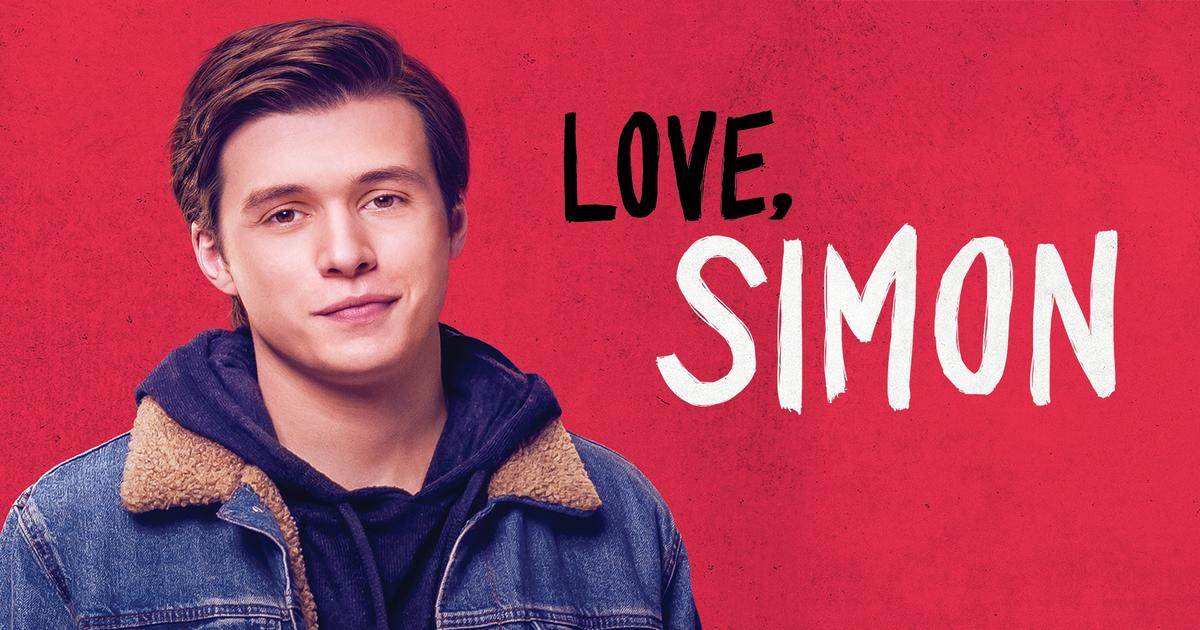