Earlier this month, the Disney Parks Blog had announced that a new Disney Cruise Line pop up shop would take shape at Disney Springs’ Marketplace Co-Op. The pop-up shop is located in the Marketplace Co-Op in the former corner that was once designated to 28 & Main. Guests are able to find exclusive collections including the traditional Disney Cruise Line Wave and Sail Away Minnie Mouse collections, as well as a selection of merchandise from Castaway Cay, Disney Cruise Line’s private island in The Bahamas. 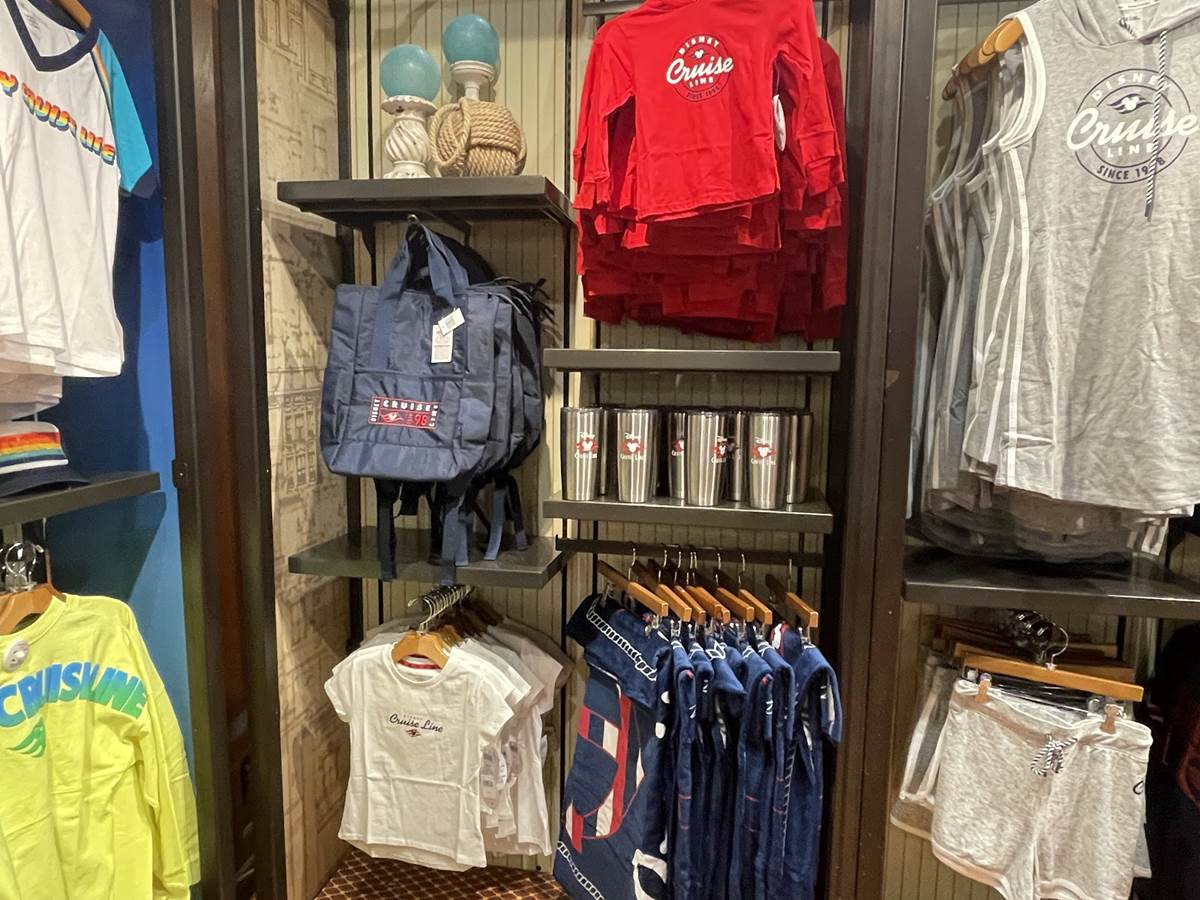 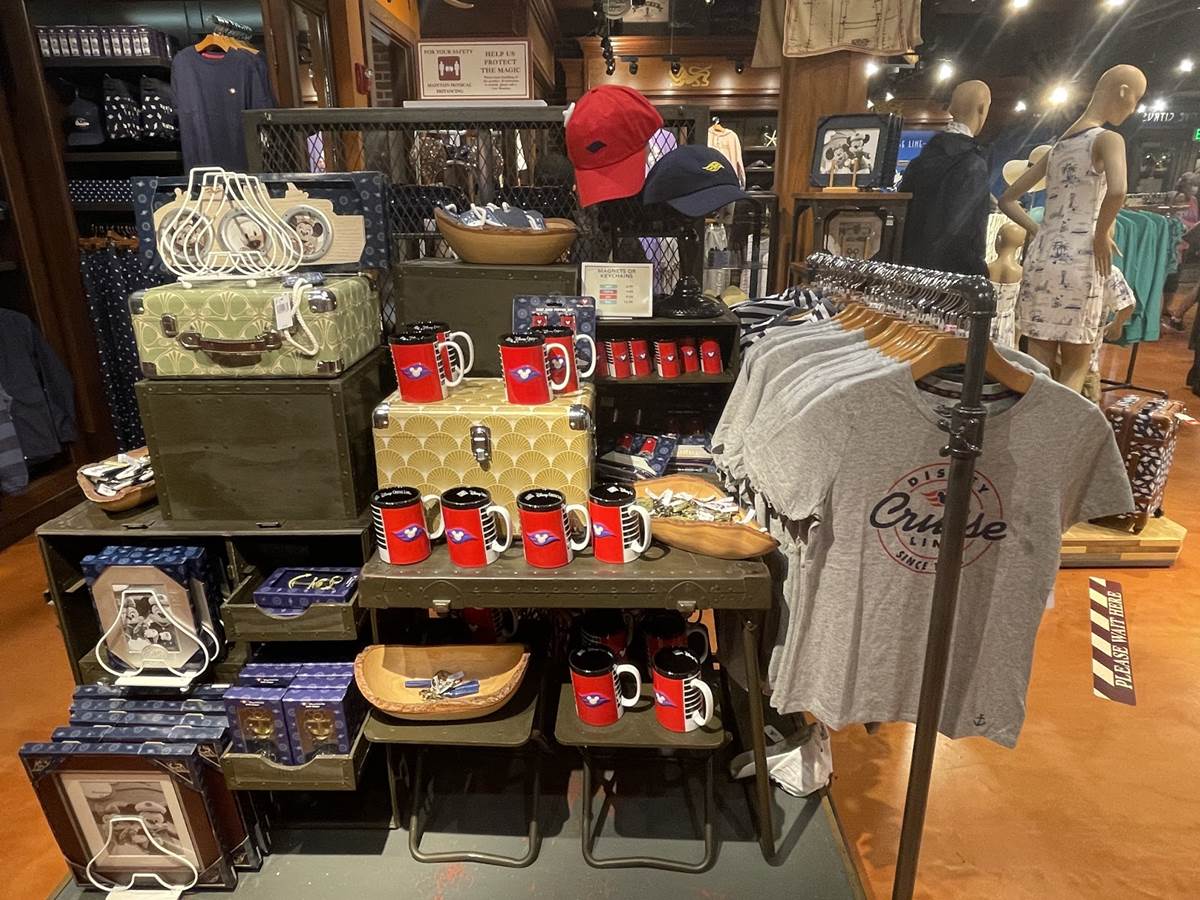 Guests are also able to find mugs, Disney Cruise Line exclusive Loungefly bags, luggage sets, magnets, hats, and more. Models of the Disney Dream and Disney Fantasy ships are also out for Guests to see while at the shop. 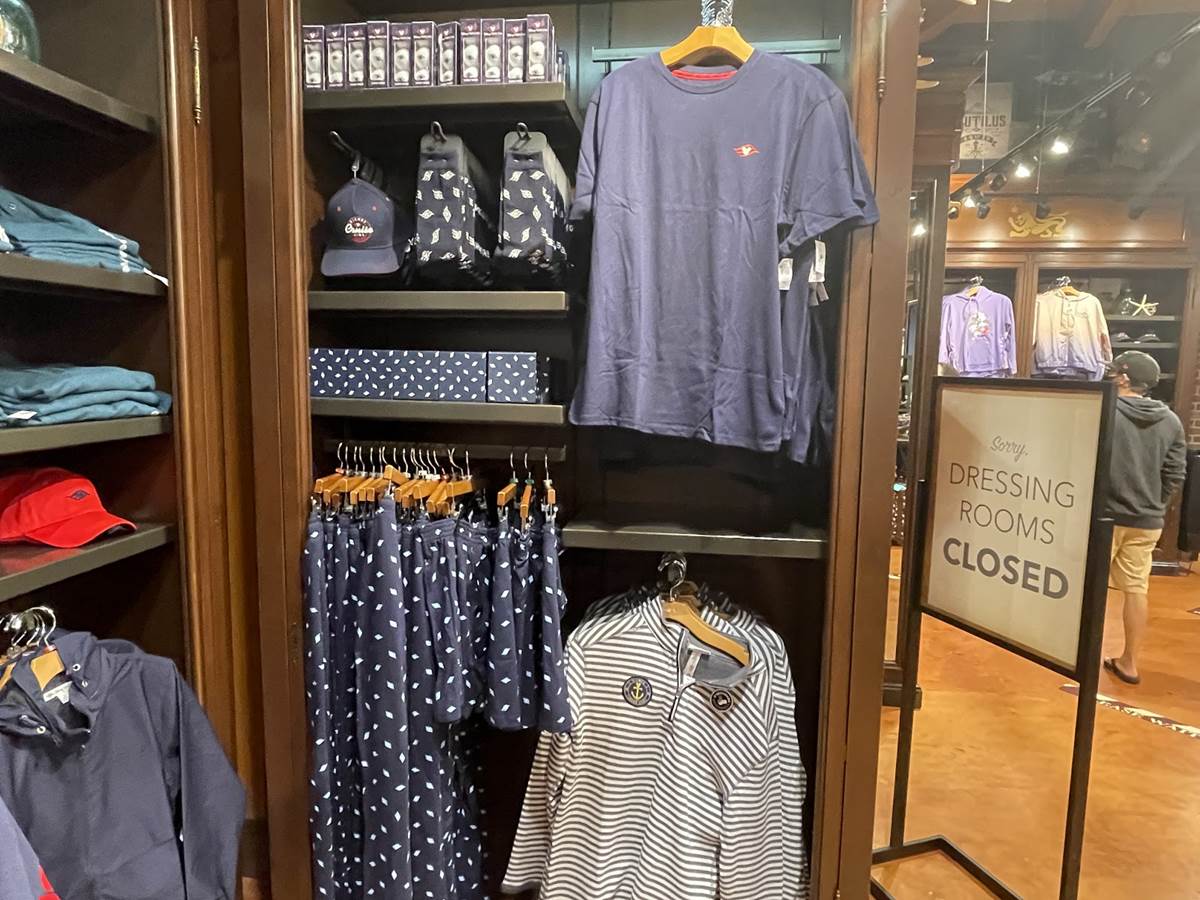 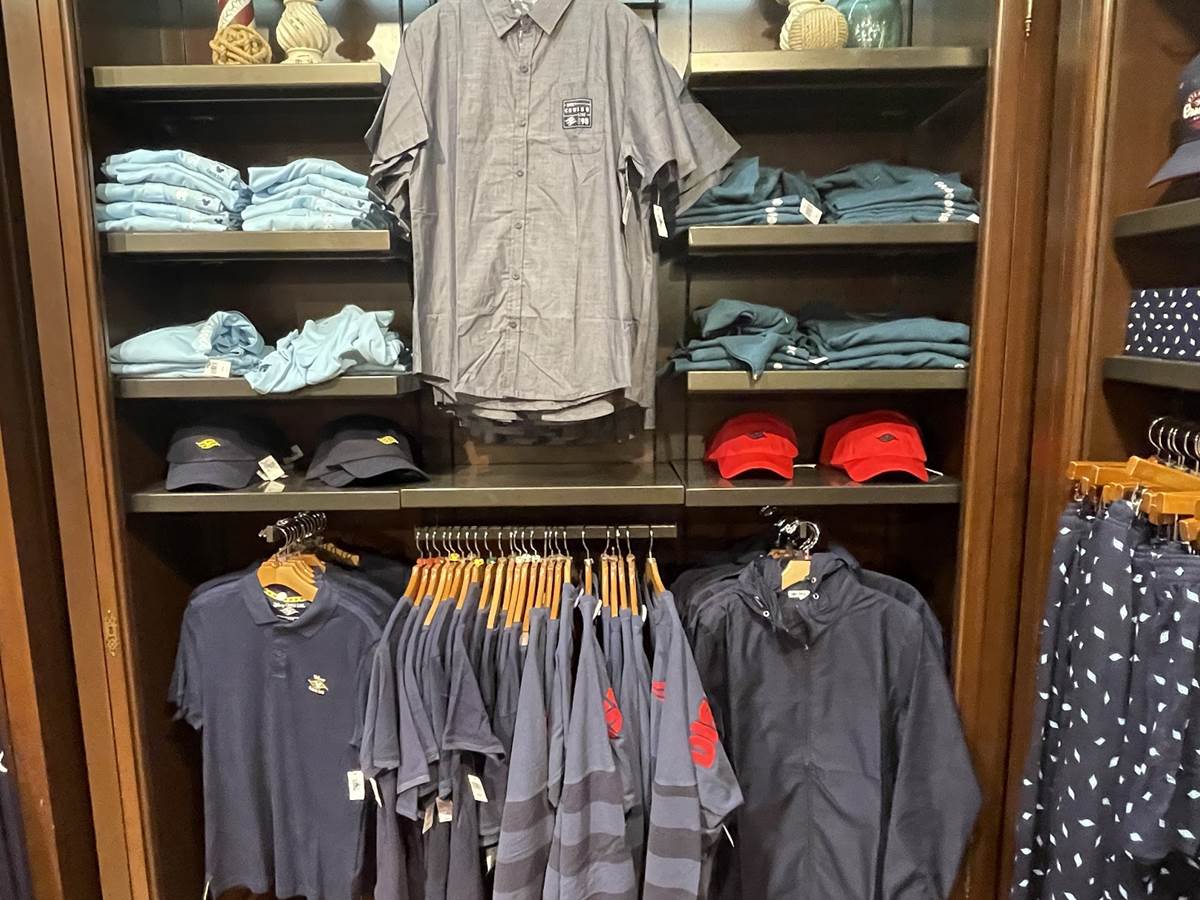 When the shop was announced, it was announced as a limited-time offering that, right now, is scheduled to be in place through early September. One of the highlights they showcased were a pair of Minnie Ears that were adorned with a nautical blue bow with an anchor pattern. 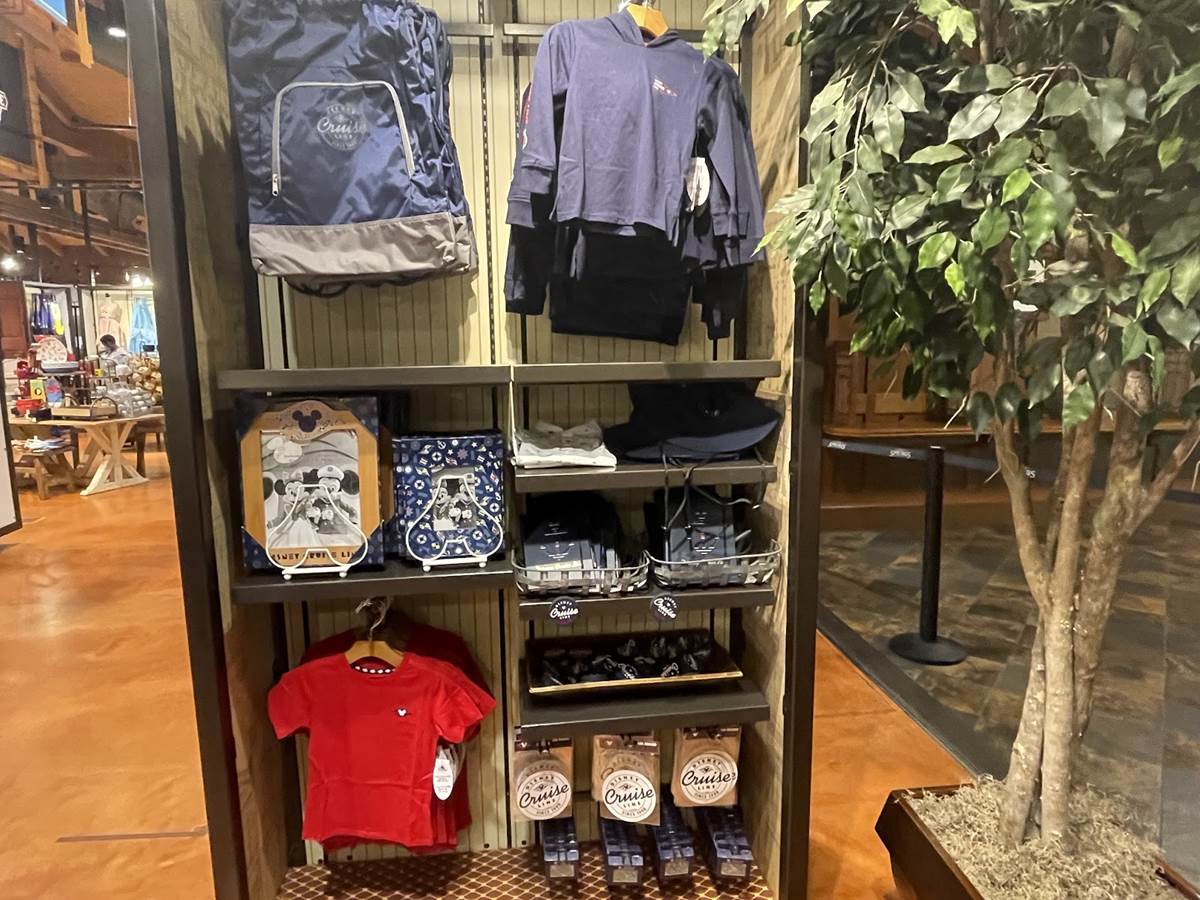 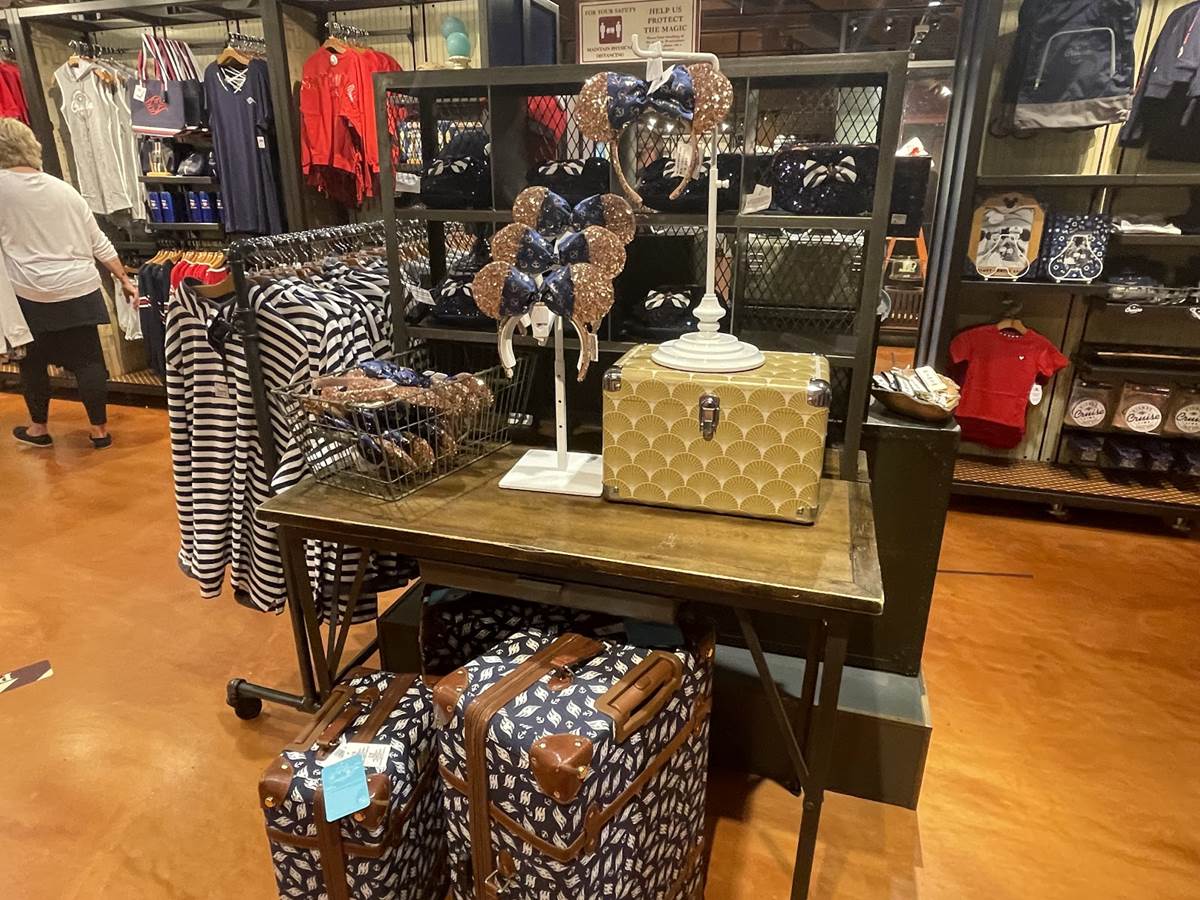 The Disney Photopass studio nearby is also getting in on the fun and is offering a themed digital background that guests can request so they can imagine themselves on a Disney Cruise. 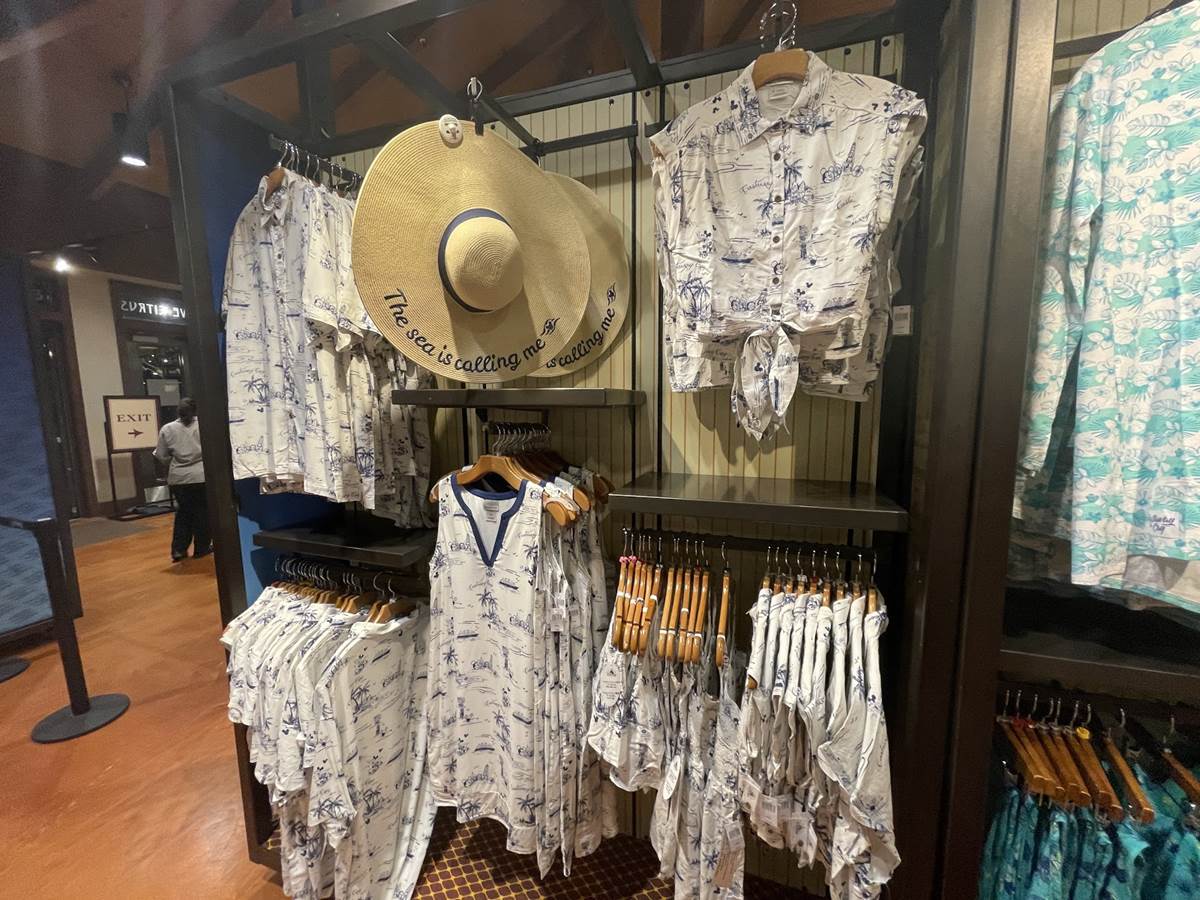 Disney Cruise Line souvenir glassware is also available at the nearby Dockside Margaritas stand, while supplies last, and those interested in a special drink can take home the glass that was formerly only available aboard a Disney Ship. Disney has recently revealed more information about the design of and the atrium of the Disney Wish, and promises more details coming in only a matter of days.