As we get closer and closer to the opening of Avengers Campus at Disney California Adventure, we continue our look at some of the Marvelous details that will be found in the new land. Today though, we’re doing things a bit differently as Disney released the first look at the guide map for Avengers Campus. 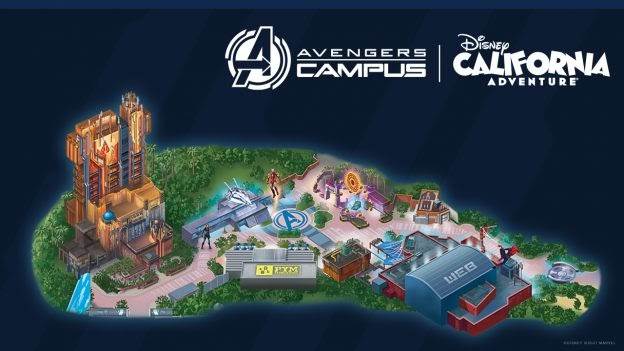 The map above shows off some of the key locations in Avengers Campus, including WEB SLINGERS: A Spider-Man Adventure, Guardians of the Galaxy – Mission: BREAKOUT!, the Pym Test Kitchen and more. The updated map of Disney California Adventure, seen below, shows that there will be three entrances and exits to and from the new land. 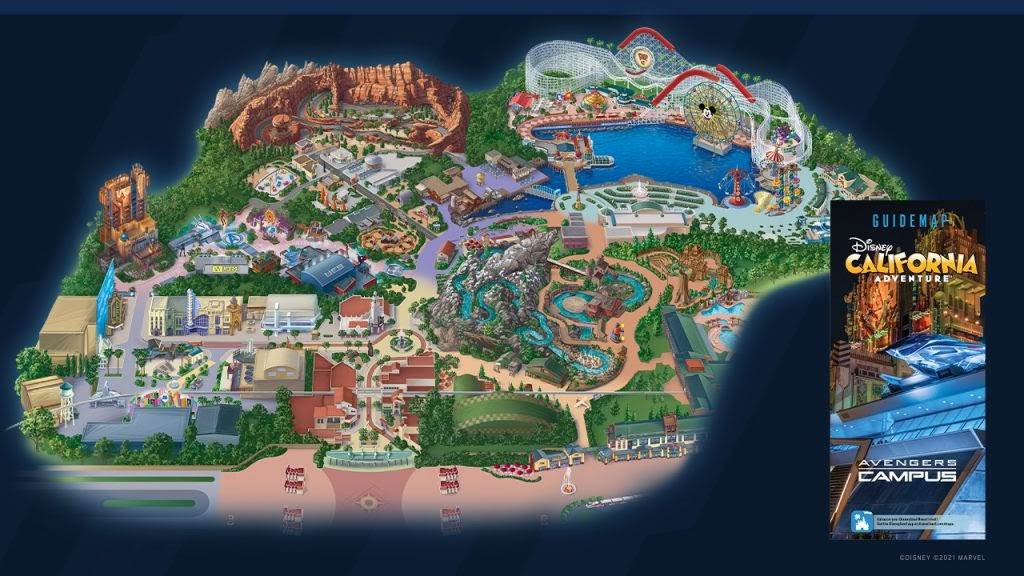 The map can also be found on the Disneyland App, allowing guests to plan out the Marvel adventure before Avengers Campus opens. 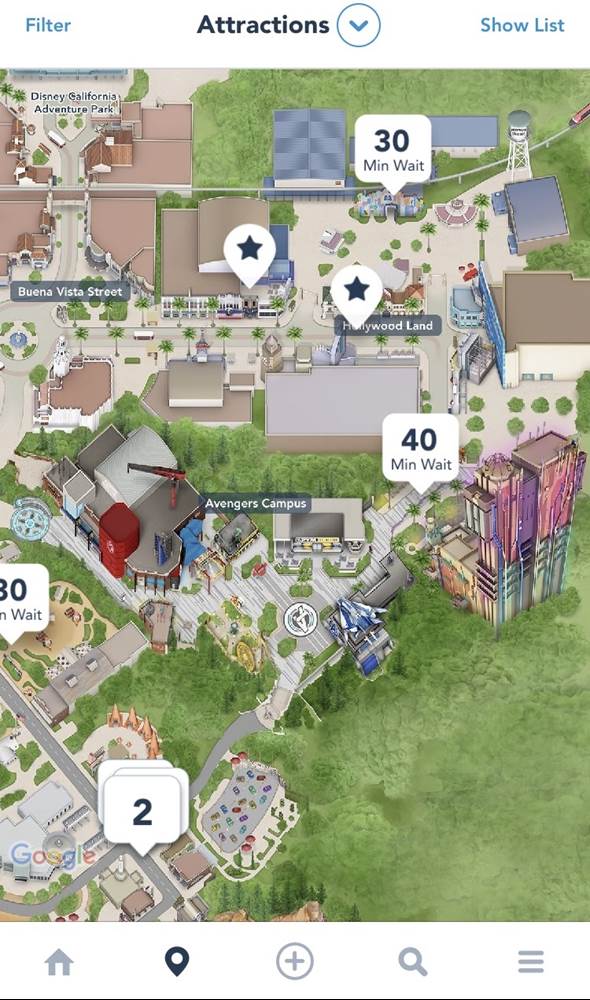 In addition to the map, Disney also shared the Recruit’s Guide, which features a look at all the special food, beverage and merchandise offerings. 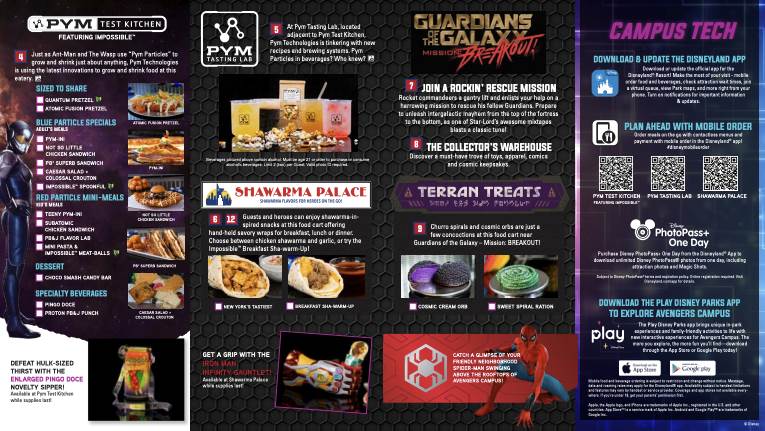 Disney also shared some news today regarding WEB SLINGERS: A Spider-Man Adventure. The new attraction will employ a virtual queue, allowing guests to enjoy the rest of Avengers Campus while they wait for their chance to ride. Boarding pass distribution will occur twice daily, once at 7 a.m. and again at 12 p.m.

The 7 a.m. release will be available to guests with valid ticket and theme park reservations who are starting their day in Disney California Adventure. Boarding passes for this release can be claimed from anywhere as long as the guest’s park ticket is properly linked. Meanwhile, the noon virtual queue release will only be available to those who have entered either Disney California Adventure or Disneyland Park (and have a Park Hopper ticket) by noon. Note that Park Hopping is allowed beginning at 1 p.m. each day for guests with this ticket type. 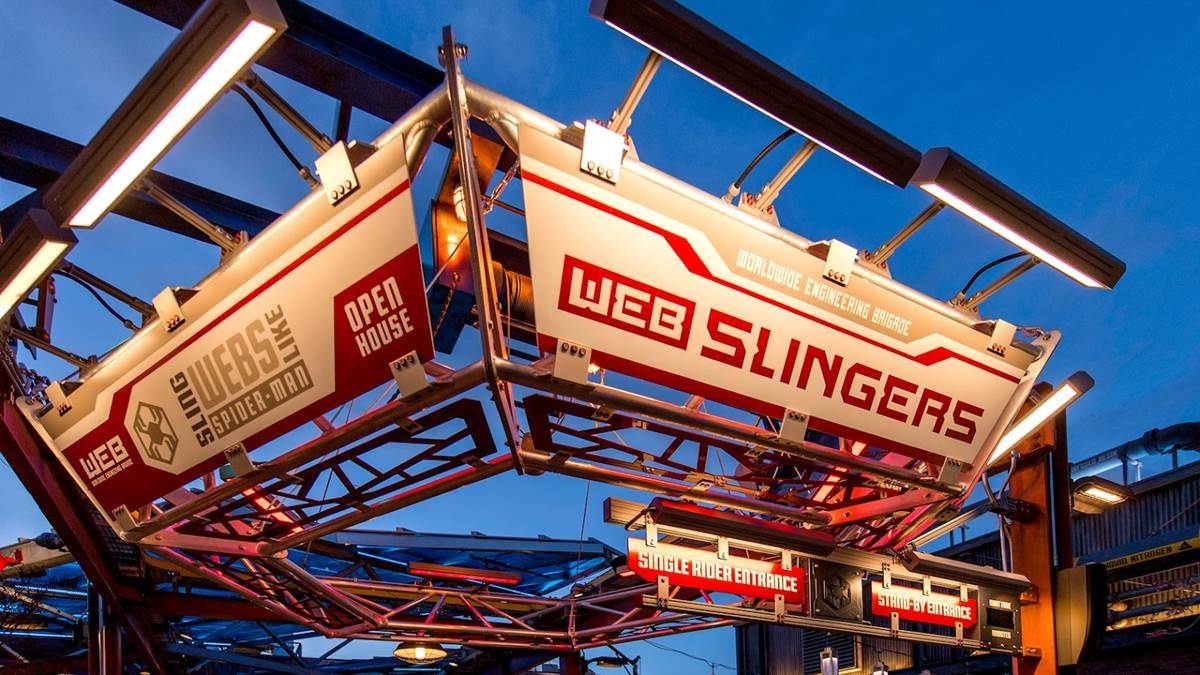