Earlier today we were at Disney’s Animal Kingdom checking out the latest happenings in the fourth Walt Disney World Theme Park when we stumbled upon some changes in Dinoland USA.

As we entered the land we realized that there are some changes afoot at The Boneyard. While the land’s playground and fossil dig have been closed to guests since the parks reopened last July, the attraction was never covered up as it is today. Where once ropes and a cast member or two once protected the area from curious guests, now sits a wall of moveable planter boxes barricading the area.

On our stream earlier today (which you can watch above), our own Jeremiah speculated that this could be a new distribution zone for Annual Passholder Magnets or other similar offerings until the attraction inevitably reopens. 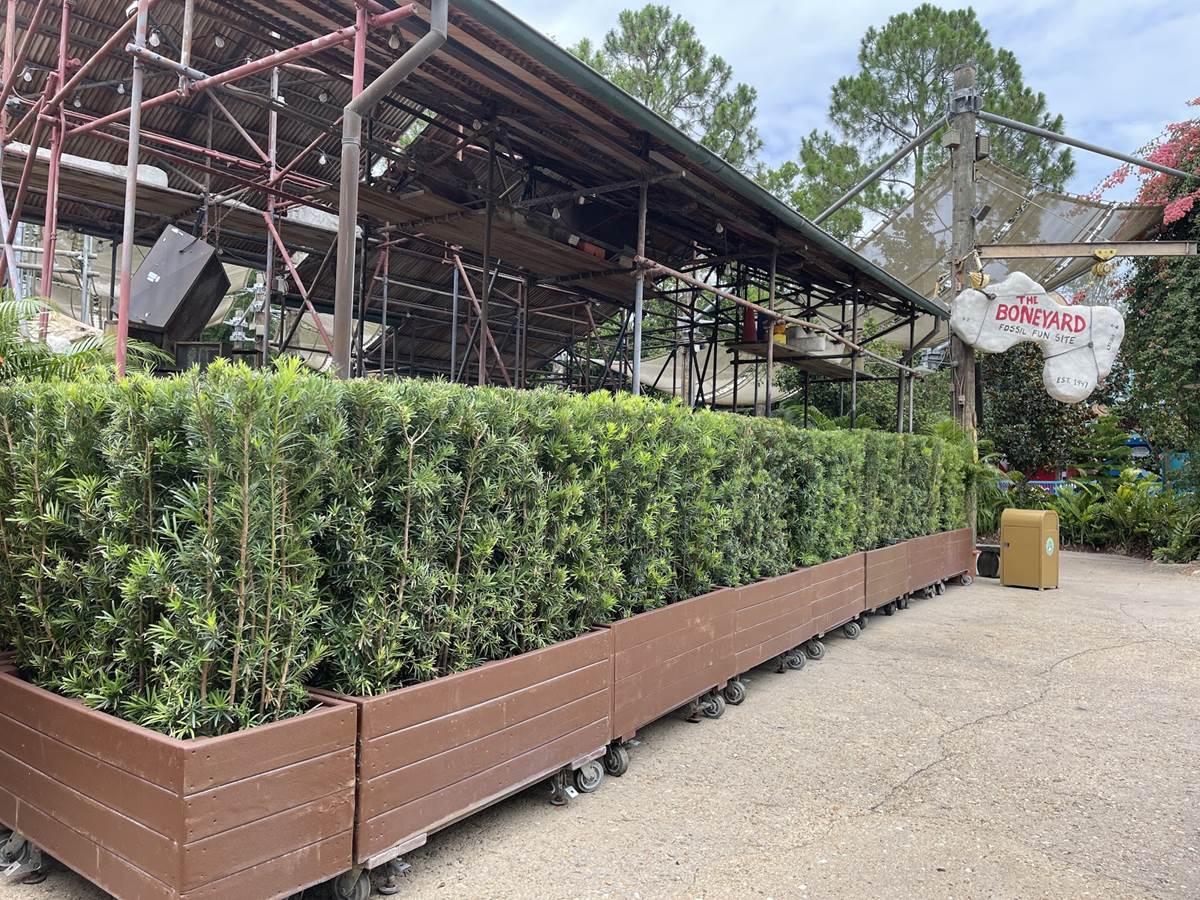 Elsewhere in the land, park fans may recall that as part of Dinoland’s Donald’s Dino-Bash festivities, character meet and greets with Scrooge McDuck and Launchpad McQuack were placed in the land. The meet and greets were so successful that more permanent staging complete with sets and props were installed in their respective locations. Today, we noticed that all those designs had been removed and tables and chairs now occupy the area, signifying that once character meet and greets are prominent again, we likely won’t see the two duck friends in the land. Signage for Donald’s Dino Bash is still evident throughout the land, but the removal of these two particular characters might also be due to the end of the DuckTales reboot on Disney XD. 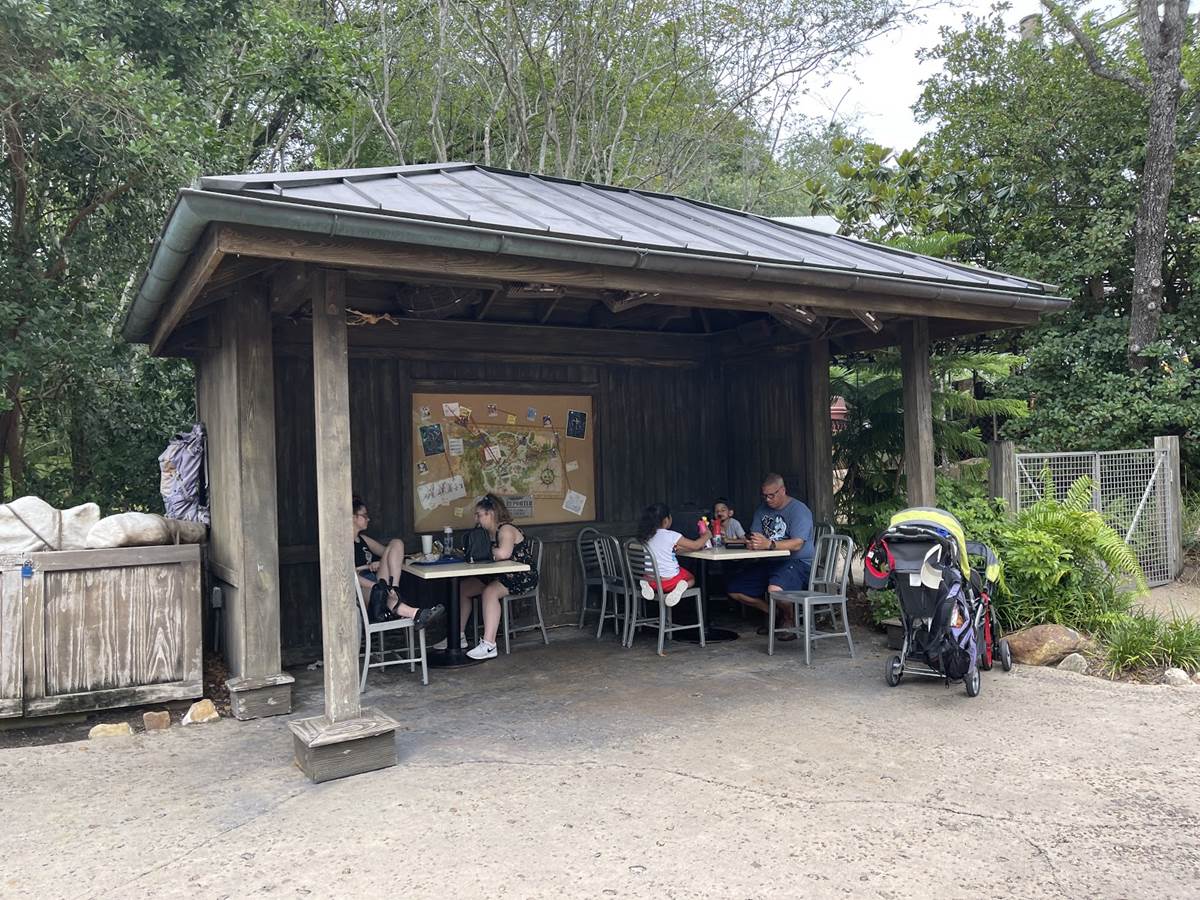 Donald’s Dino Bash kicked off in the land several years ago and has remained a loose overlay to Dinoland USA in the time since, with the idea of Dinosaurs evolving into birds and as such, Donald and his feathered friends are in fact, modern-day dinosaurs.

While the pictures below mark the first appearance of Launchpad and Scrooge as part of the event, their greeting areas become more decorated with props and set dressings, but the stroll today proved they have reverted back to their original look before the Dino Bash theme. 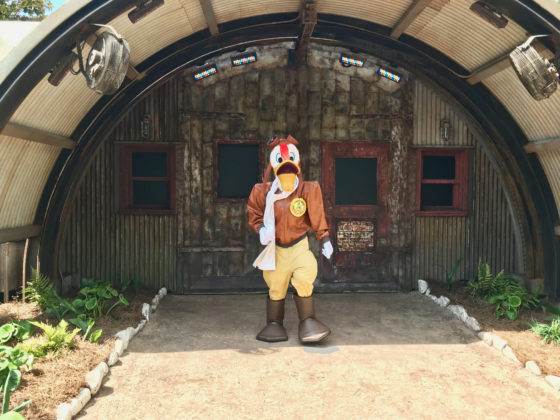 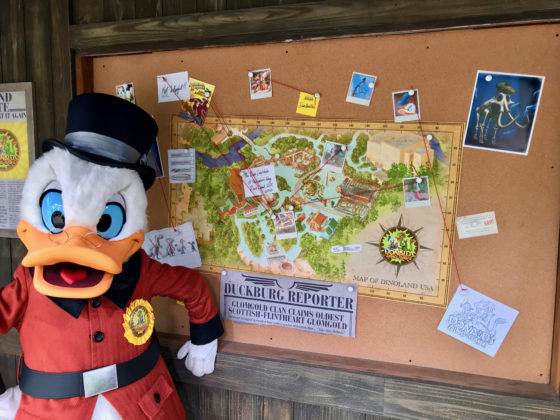