Laughing Place is sad to share that Ed Asner has passed away at the age of 91. The actor, activist and philanthropist passed away peacefully at his home on August 29th surrounded by family. 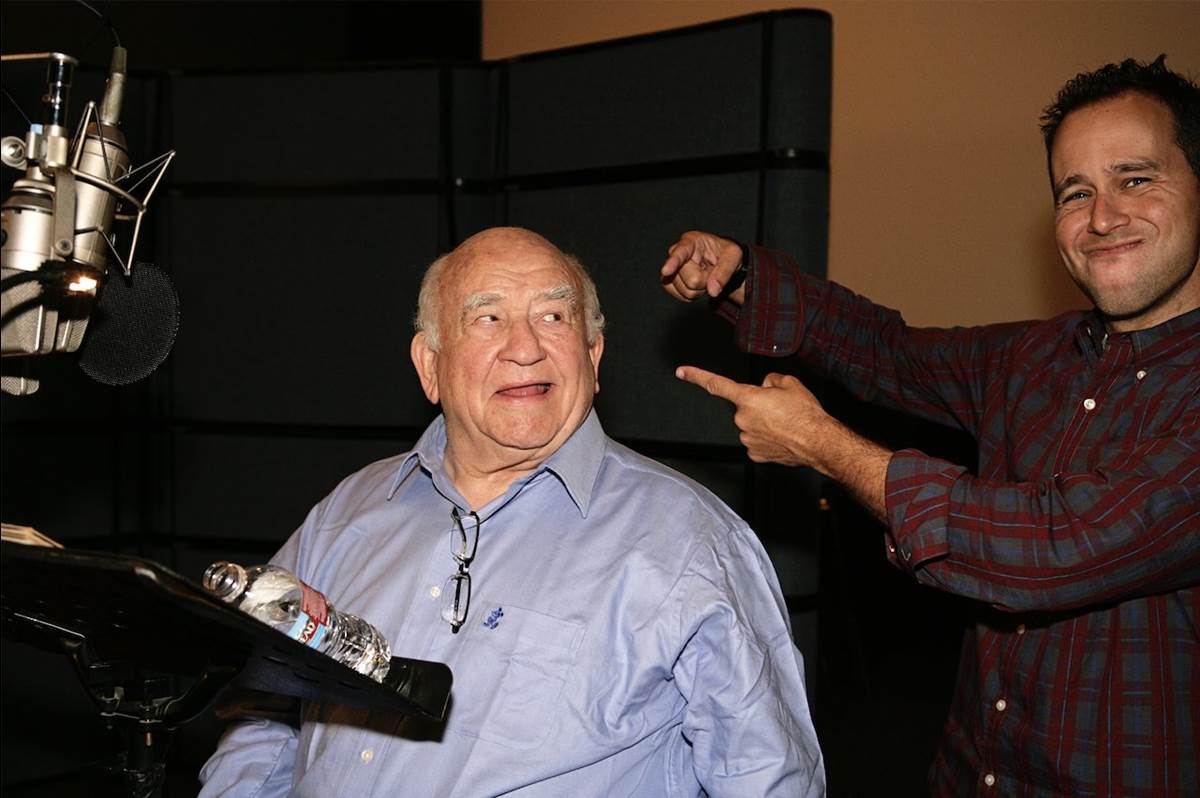 Ed Asner became a household name as Lou Grant on The Mary Tyler Moore Show, but he has also had a prolific career as a voice actor in animated projects. He voiced Carl Fredricksen in the Oscar-winning Pixar film Up, a role he reprises on September 1st in the Disney+ short-form series Dug Days. For Disney Television Animation, Asner provided voices for Bonkers, Gargoyles, Recess, Hercules: The Animated Series, Buzz Lightyear of Star Command, W.I.T.C.H. and Teamo Supremo. His 20th Television Animation credits include The Simpsons, Olive the Other Reindeer, Family Guy, King of the Hill, American Dad and Central Park. For Marvel Television Animation, Asner voiced J. Jonah Jameson on Spider-Man: The Animated Series and guest starred on later Spider-Man series. For Lucasfilm, Asner provided voice work for Star Wars: Return of the Jedi – The Original Radio Drama and the video game series Star Wars: Knights of the Old Republic.

On screen, Ed Asner starred in the Don Knotts comedy Gus for Walt Disney Pictures. He played Santa Claus numerous times in his career, including in the Wonderful World of Disney TV film The Christmas Star and an episode of ABC’s The Ellen Show. Other Disney/20th Century TV credits include Roseanne, Dinosaurs, The X-Files, The Middle, Home Alone: Holiday Heist, Bones and Modern Family. He also guest stars on the upcoming FX on Hulu series B.J. Novak’s The Premise in an episode titled “The Ballad of Jesse Wheeler.”

Ed Asner earned 7 Emmys throughout his career, making him the most awarded male performer in Emmy’s history. He served as president of the Screen Actors Guild from 1981 to 1985 and also donated his time to Autism Speaks, the Survivor Mitzvah Project, the Comic Book Legal Defense Fund, the Rosenberg Fund for Children, and the Defenders of Wildlife.

Ed Asner is survived by his four children, Matthew, Liza, Kate and Charles, in addition to grandchildren.

Ed was our real life Carl Fredricksen: a veneer of grouch over an incredibly loving and kind human being. Russell, Dug, and all of us at Pixar will miss him terribly. pic.twitter.com/7jZJUbiHD9