How far will you go to celebrate the Ultimate Princess Celebration? During World Princess Week (August 22nd-28th), Walt Disney World unveiled photo opportunities at Disney Springs themed to Tiana, Jasmine and Ariel. If you were looking for the rest of the fan-favorite heroines, we found one today at Downtown Disney at the Disneyland Resort: Moana. 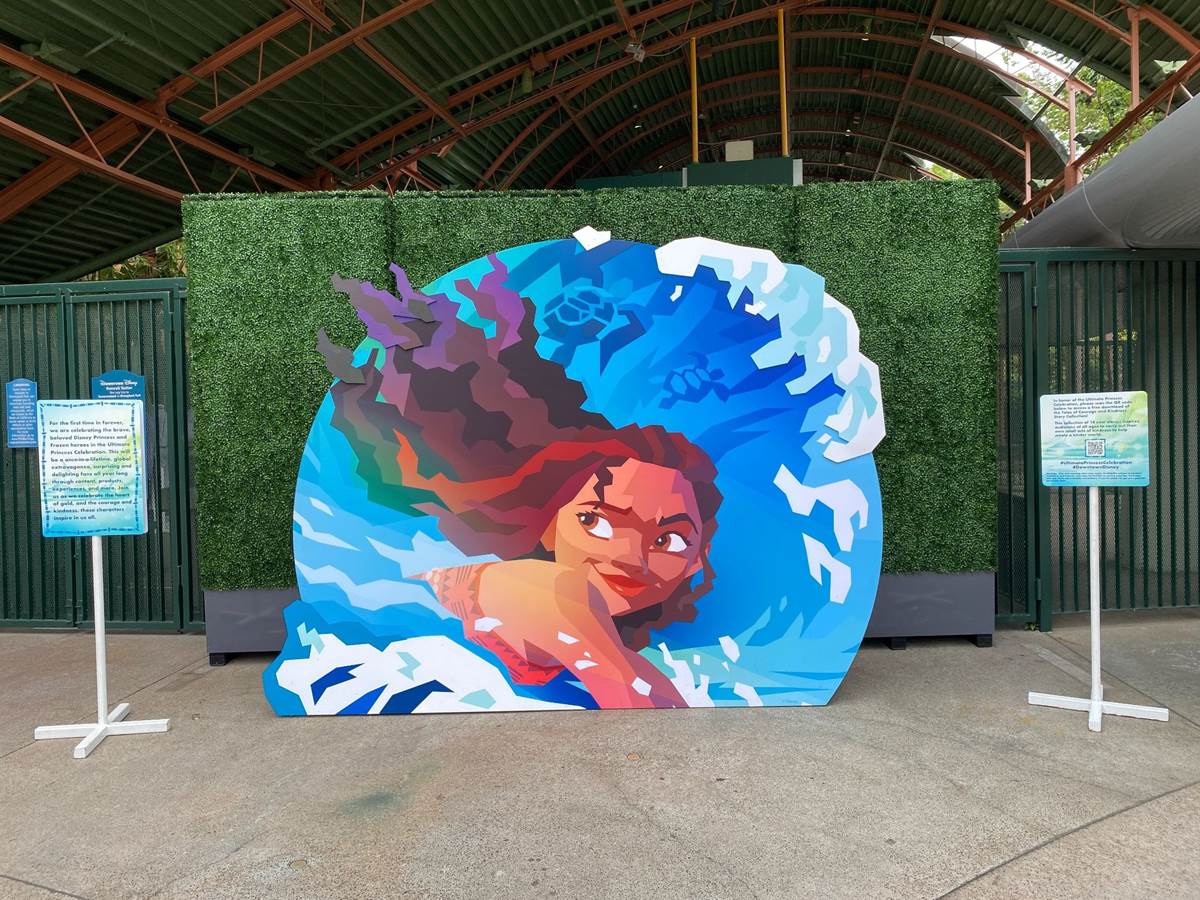 The wayfinding princess of Motunui is depicted in front of an ocean waves background, with silhouettes of sea turtles hidden in the pattern. You’ll find her in front of the Downtown Disney Monorail Station, which is not currently in use. 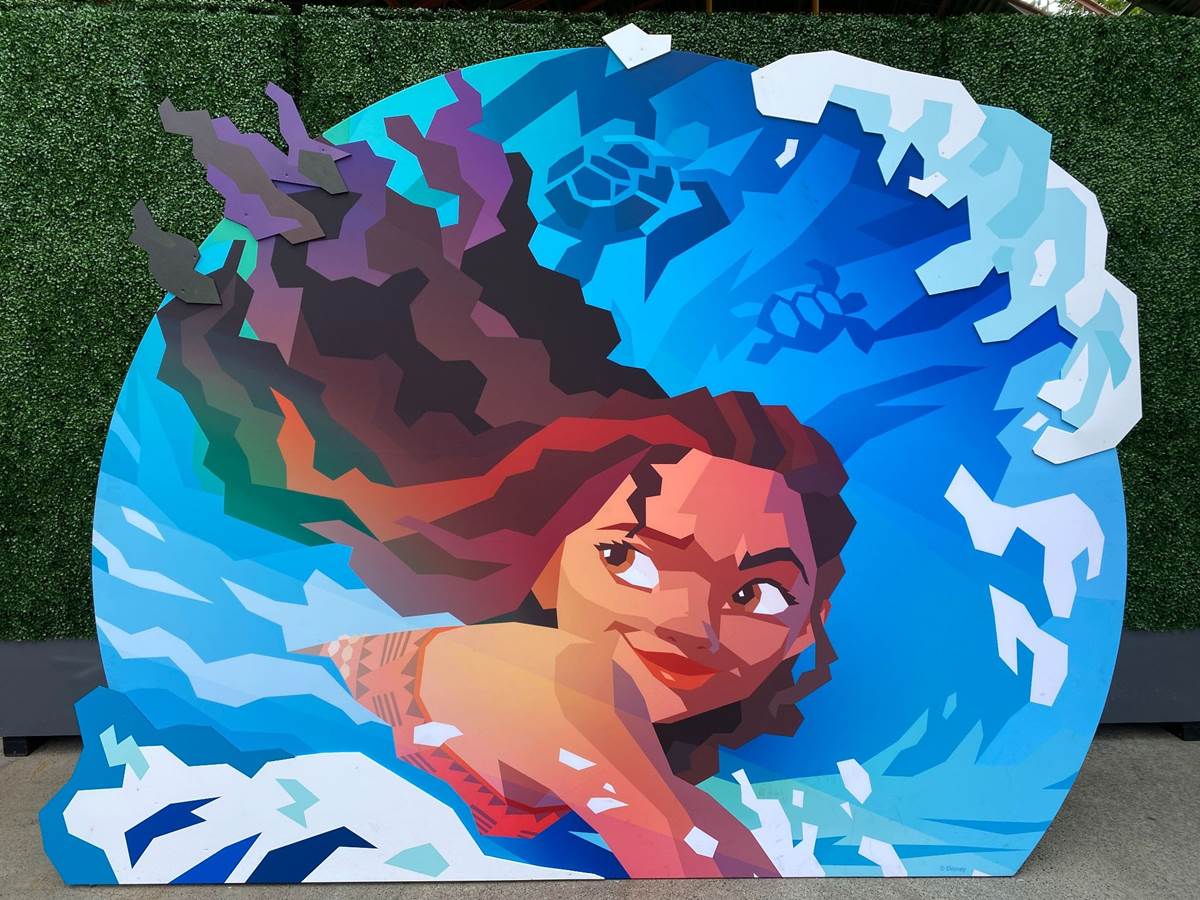 The lollipop signs on the side of the backdrop allow fans to take the Ultimate Princess Celebration with them, linking to princess.disney.com where they could download a digital version of Tales of Courage and Kindness (the free offer expired on August 31st, the book will be released in hardcover and ebook editions on October 5th). 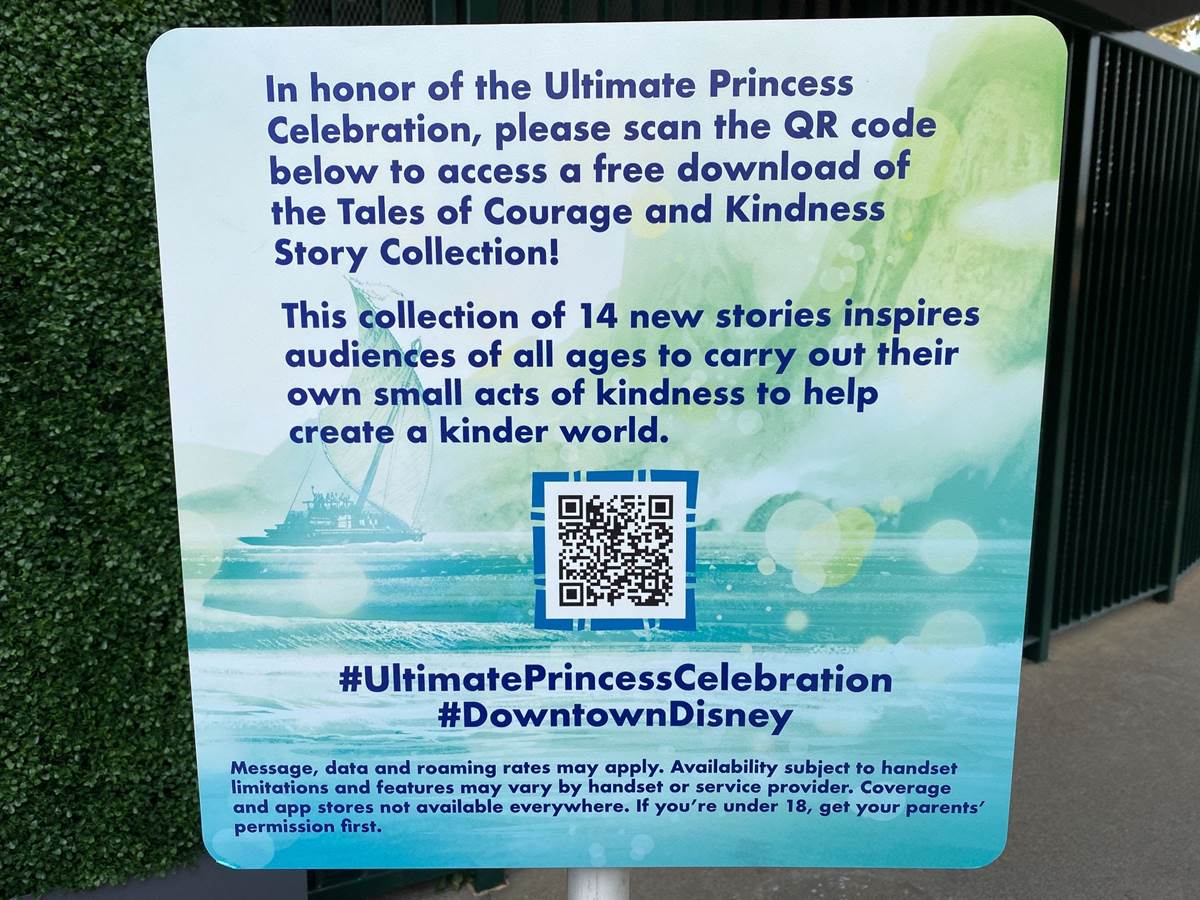 While at the Downtown Disney, you might also want to check out the Ultimate Princess Celebration banners outside the former AMC Theaters.