With just 29 days to go until the 50th Anniversary Celebration of Walt Disney World, the Ticket and Transportation Center is getting a makeover. Crews are moving fast to paint over the colors that have been prominently displayed since the 1990s. Shades of purple, green, yellow, orange, and blue are being painted over with various shades of blue and gold. This is the TTC as you’ve known it… 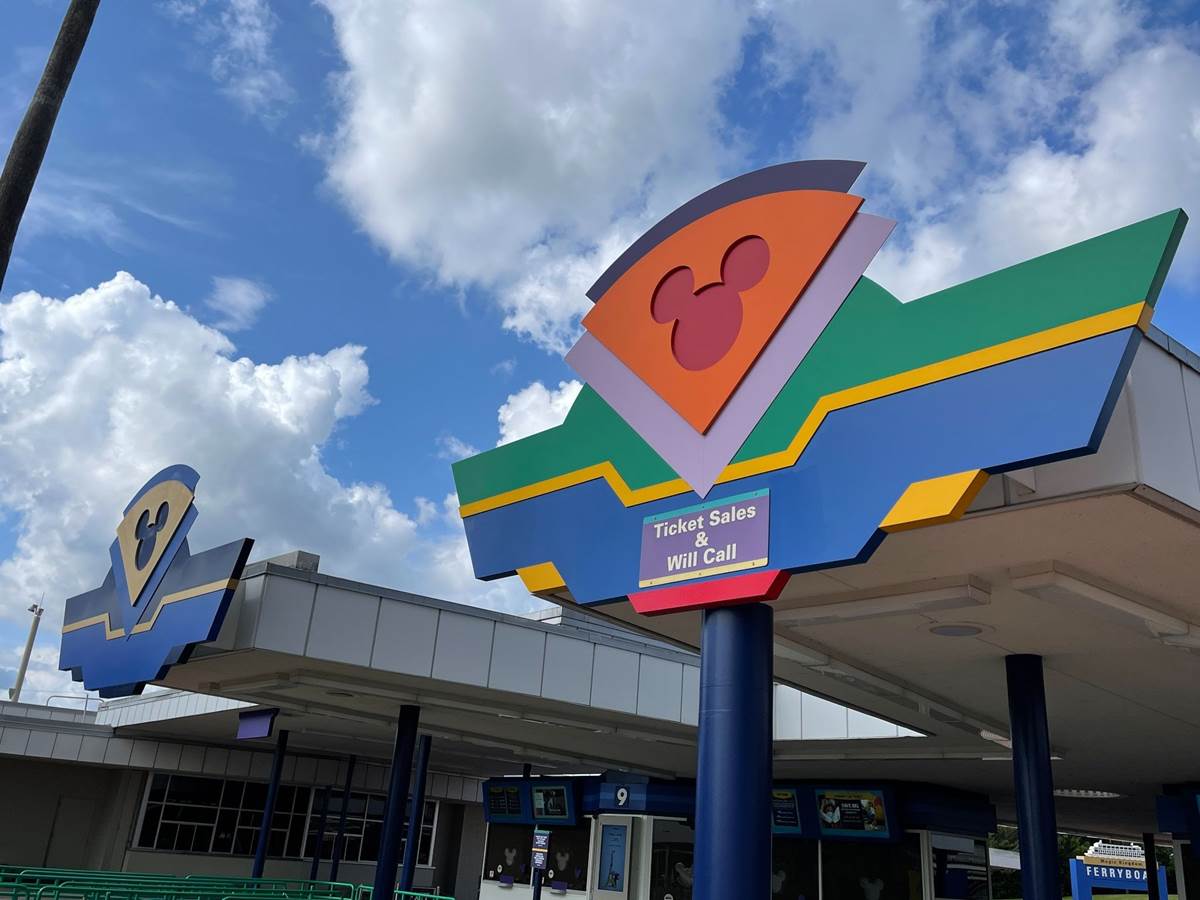 …And this is the future. A 50th anniversary is also known as the “Golden anniversary,” making the golden accents make perfect sense for the TTC, which bridges the gap between the Magic Kingdom parking lot and the park itself, via Monorail, Ferry Boat, or Bus (weather permitting). Of note, the monorail color atop the entryway to the station has remained the same, monorail peach. For the record, there is a blue and gold monorail in the Walt Disney World fleet. 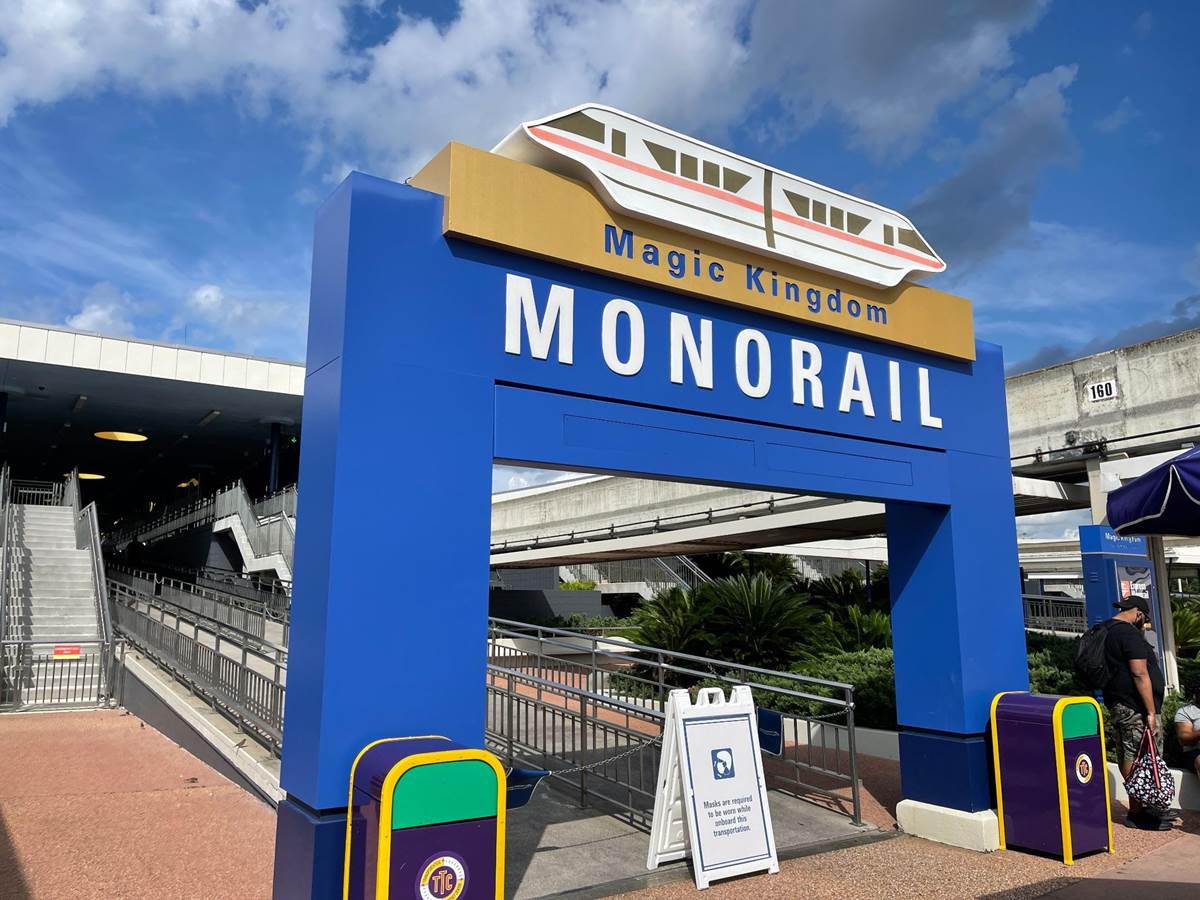 No area has been missed, with the poster pagodas blending into the new colors. Since the pink concrete fit better with the previous color scheme, we would not be surprised if it is eventually replaced with a more harmonious choice to match the new esthetic. 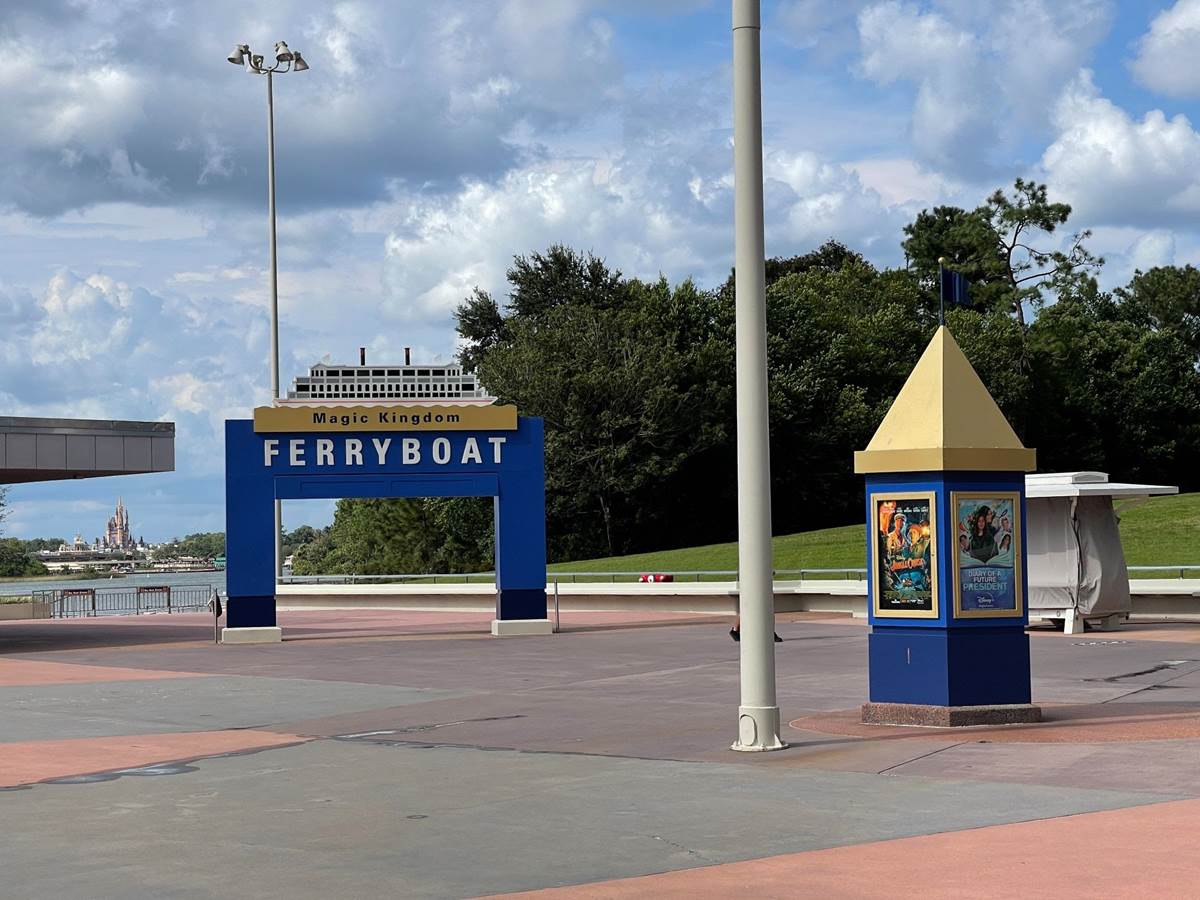 Stripes on the underside of the Monorail station match the shades of blue found outside. 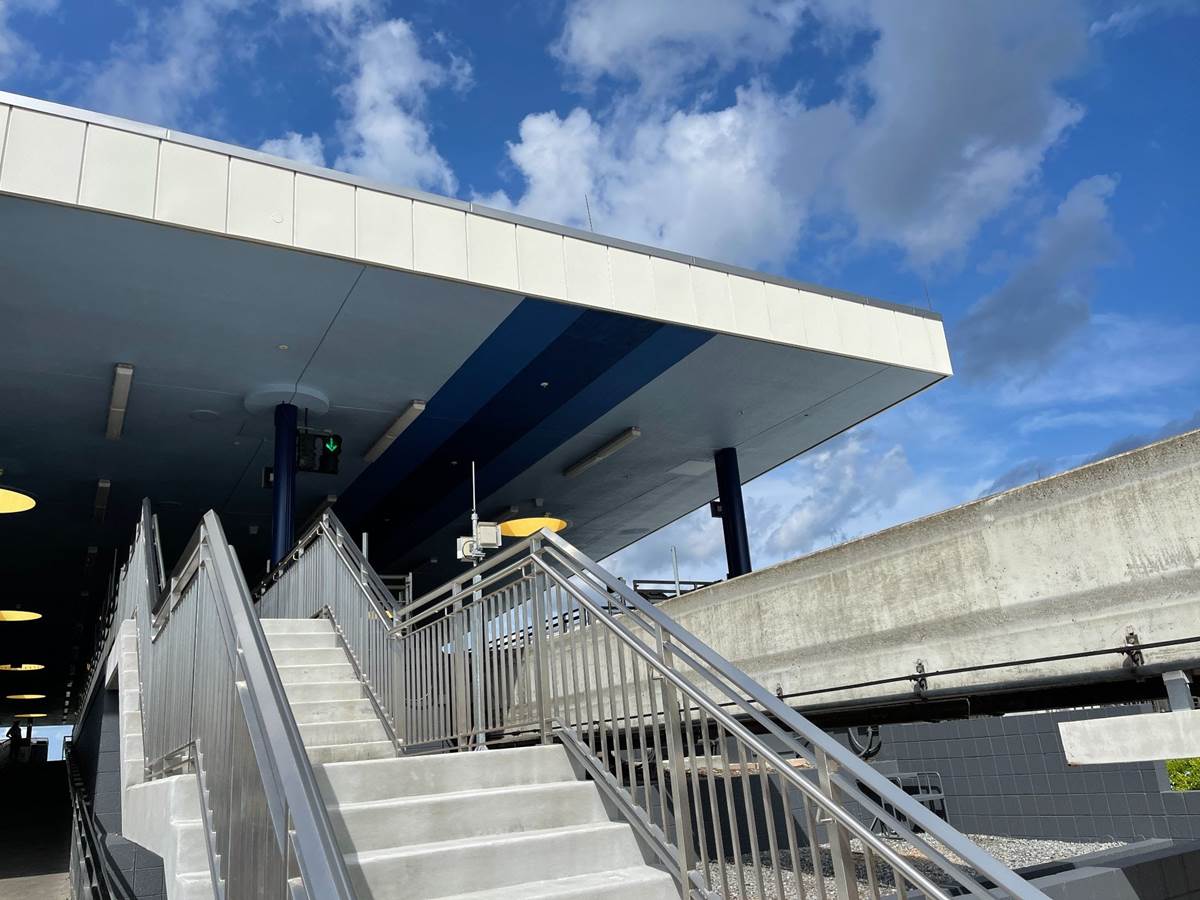 The darker royal blue has also been applied to the columns supporting the structures around the ticket windows, with the lighter blue accenting the border of each ticket booth. 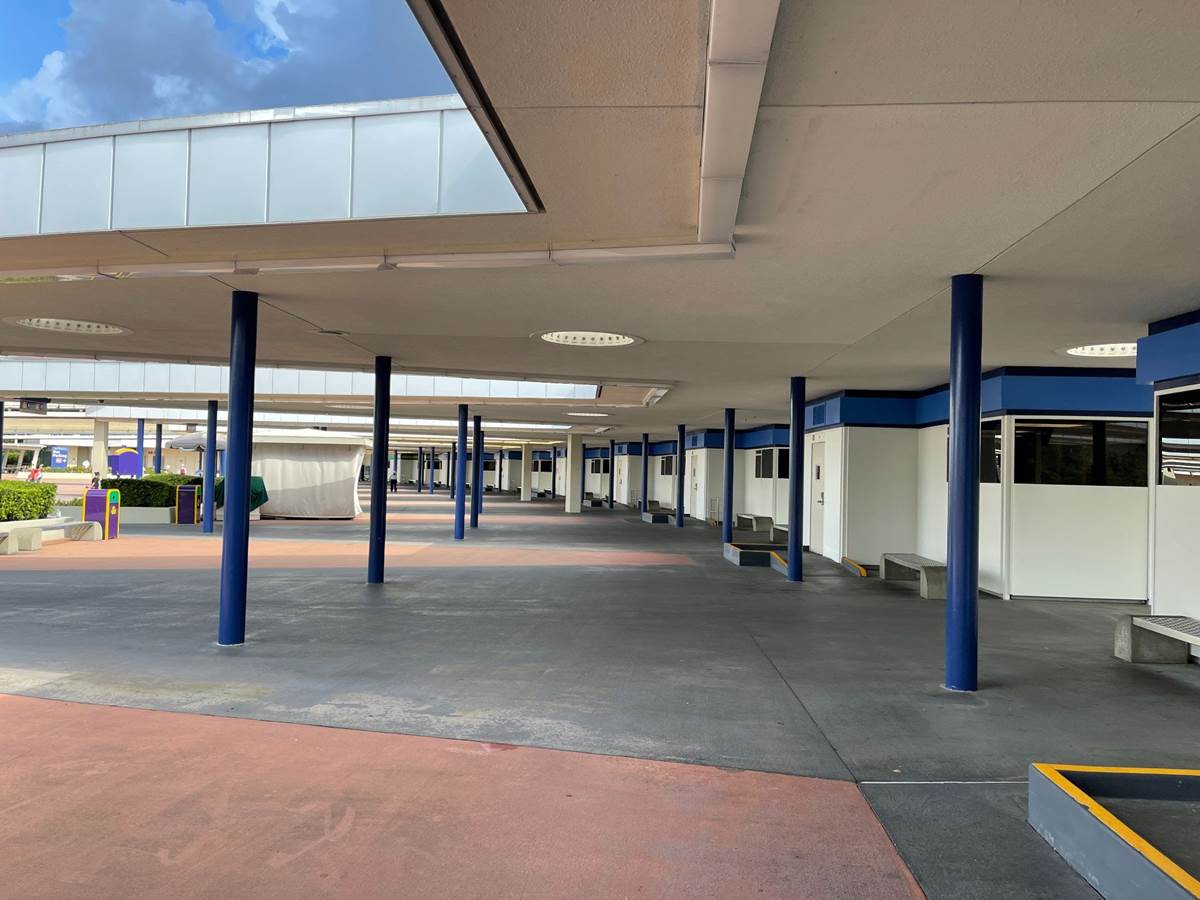 The new look of the Transportation and Ticket Center helps Guests get into the spirit of “The Happiest Celebration on Earth” before they even arrive at Magic Kingdom Park. It was also part of the original experience when the park opened on October 1st, 1971, making its inclusion in the celebration feel all the more necessary. 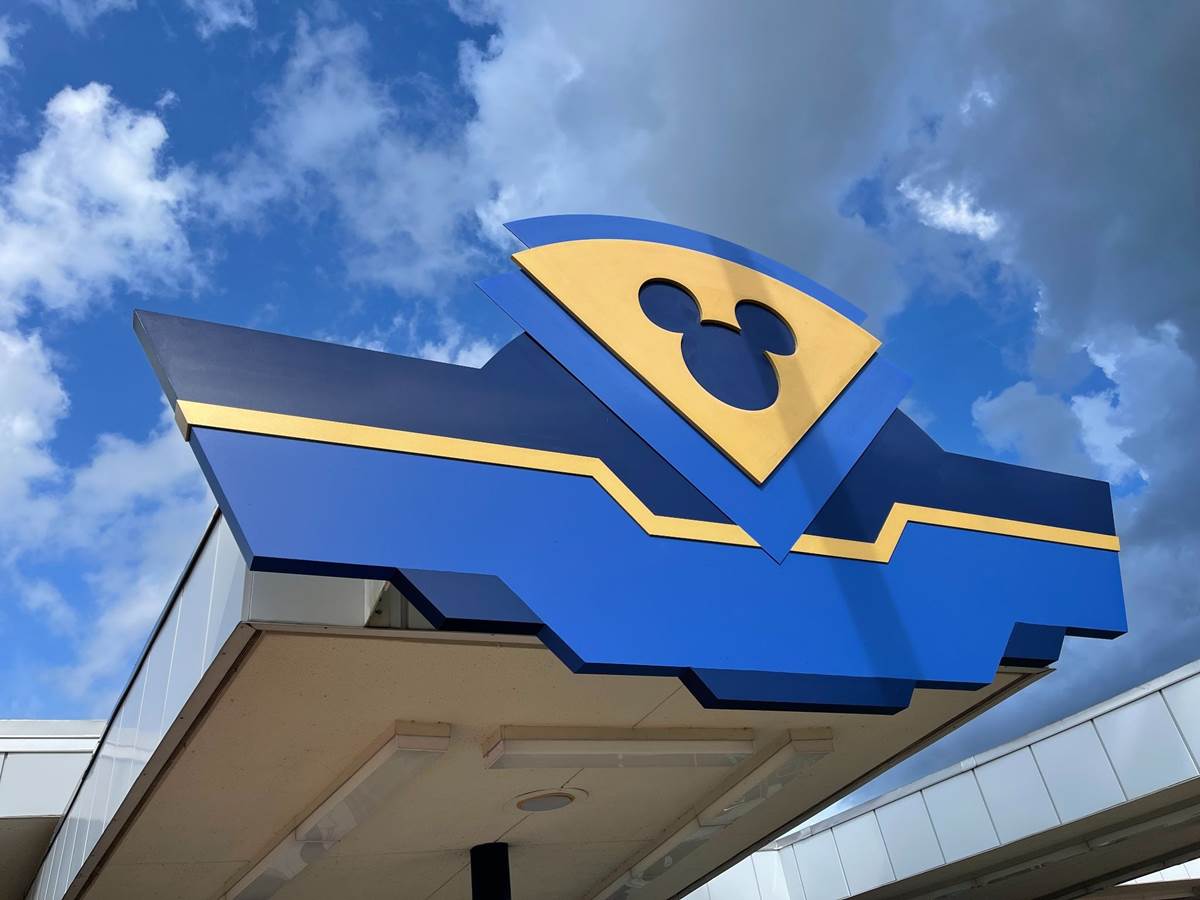