A second show has been announced for Tim Burton’s The Nightmare Before Christmas Live-to-Film Concert Experience coming to Banc of California Stadium in Los Angeles for Halloween night on Sunday, October 31. 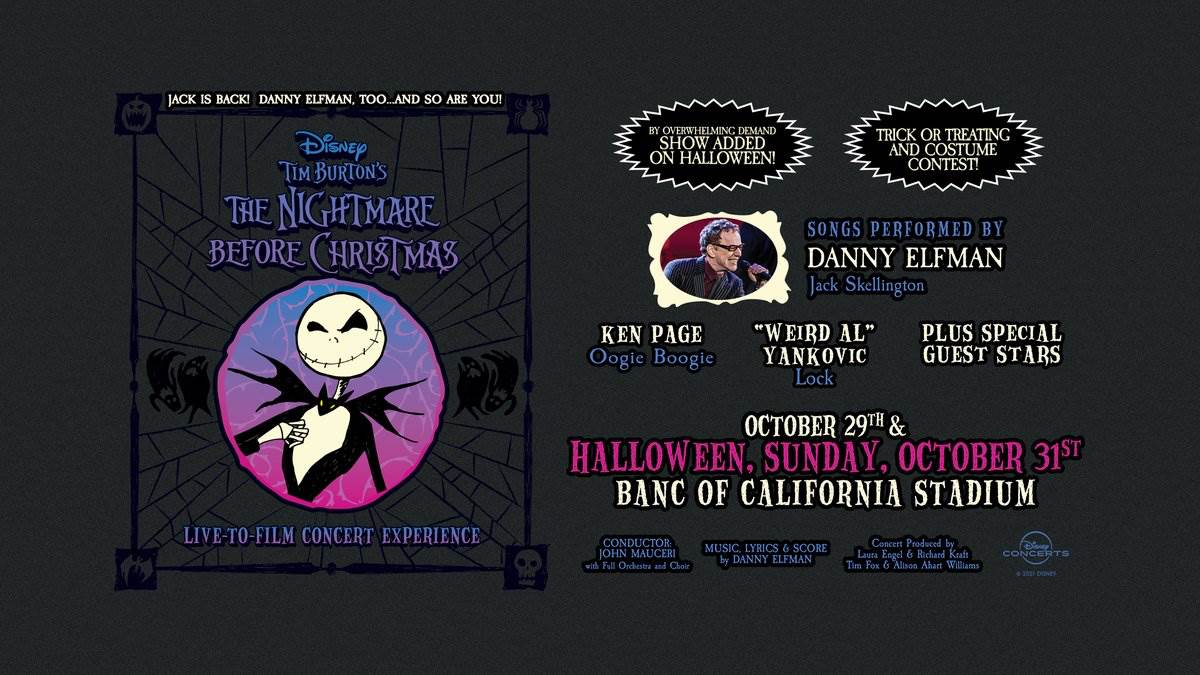 Hey everyone. You probably know I’m doing NBX this year on Oct 29th (finally!) …and for those of you who were wondering what I was actually doing on Halloween night…. will I be trick or treating? In a sense… yes! pic.twitter.com/0TpCGi6rHl

Want to learn more about the film? Check out Bill’s look at the history of The Nightmare Before Christmas.