Christmas 2020 has finished and there is no better way to end our ‘Christmas Countdown’ than with a film whose title alone could describe this year. The debate over whether it’s a Halloween movie or Christmas film can be settled by others. It’s time I join the rest of the world and watch The Nightmare Before Christmas. 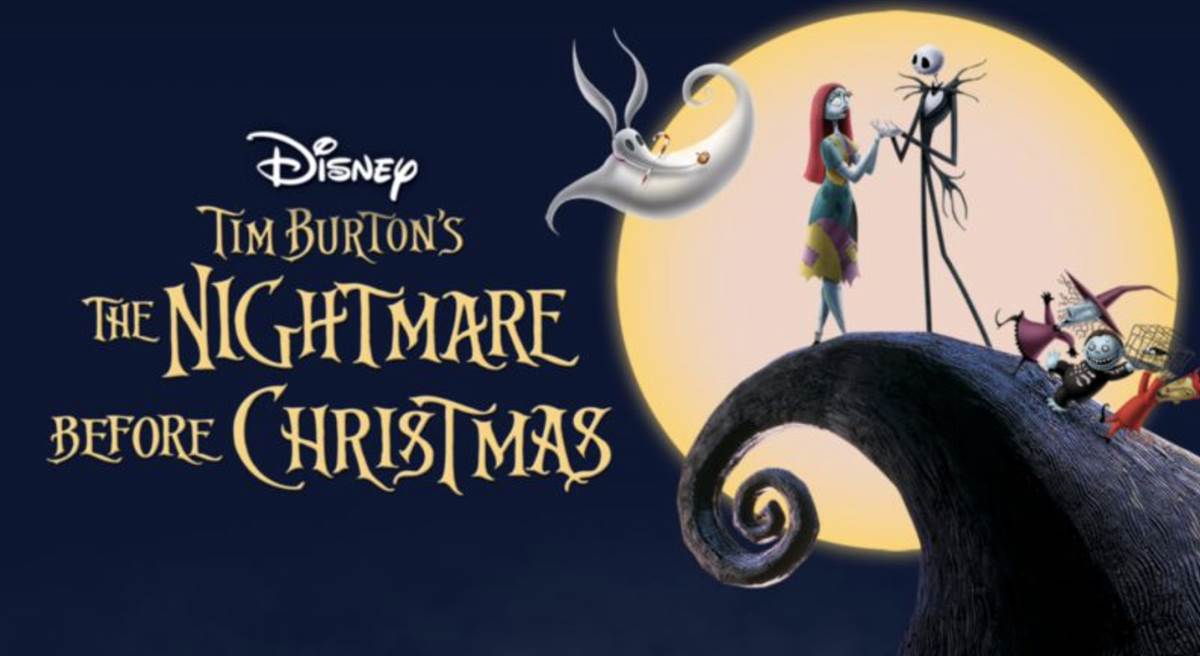 Jack Skellington (Chris Sarandon) is the beloved Pumpkin King of Halloween Town, but years of routine and adulation has caused Jack to yearn for more. When he discovers the gateway to Christmas Town and learns about the holiday and Santa Claus, Jack thinks he has found the new role that he has been looking for.

A daring plan to capture Santa Claus and to take his job has Jack leading a varied group of misfits and monsters conspiring together. His desire for a newfound freedom has put a wedge between him and his lady love Sally (Catherine O’Hara). When Jack takes off on Christmas Eve to assume the Santa role, he learns that Santa’s job is harder than it looks. The creepy and spooky gifts left by Jack are a disaster. His imposter status is reported, and his sleigh is shot down by the military.

Back in Halloween Town, Santa has been taken by the villainous Oogie Boogie (Ken Page). Sally valiantly tries to save him, but she too is captured. When Jack comes to his senses and realizes that his place is in Halloween Town as the Pumpkin King, he has only minutes to spare to spring into action and save Sally, Santa, and Christmas.

I shied away from watching The Nightmare Before Christmas because it was a stop motion animated film. The technique never appealed to me, and for that reason, I have been missing out on a cinematic wonder. Not only are the characters easy to connect with the central theme of the story is about yearning for more and losing sight of all that you have. Jack Skellington is the Pumpkin King of Halloween Town, but his soul is as human as anyone else in the world.

I have nothing to complain about. It may have taken me years to finally see this movie, but The Nightmare Before Christmas is a fantastic film. If you are uncomfortable with monsters and ghouls, then perhaps you may want to take a miss, but you will be missing out.

I had never seen the film until this week, and I am amazed at how well the film holds up and how memorable the storyline is. At first glance, one shouldn’t like Jack Skellington or care for anyone in Halloween Town. It’s the creativity of the filmmakers, brilliance in the voice talent, and the amazing musical numbers that makes The Nightmare Before Christmas such a classic.

The Nightmare Before Christmas gets a solid 4 Golden Popcorn Bucket rating. It’s witty and fun, a unique take on the holidays (Christmas and Halloween) with a soundtrack you will be humming for weeks to come.

The Nightmare Before Christmas is available on Disney+.

Next week, we set sail with Treat Williams and director Stephen Sommar’s high seas adventure, Deep Rising. I’m sure we will have a monster of a time with this upcoming pic.