The team over at Square Enix has shared an updated roadmap for content coming to Marvel’s Avengers, including the launch of Spider-Man exclusively on Playstation coming Fall/Winter of 2021. 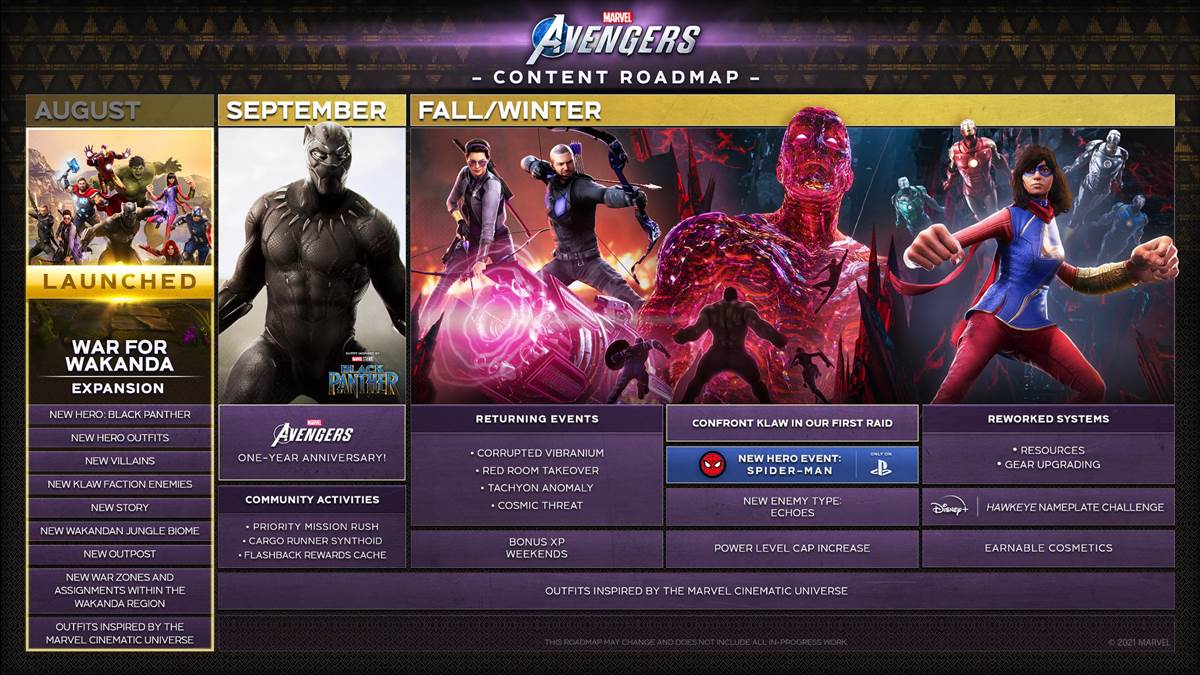