A new Mary Blair-inspired lobby has debuted at Disney’s Contemporary Resort after a refurbishment that started earlier this year, getting it ready for the World’s Most Magical Celebration, starting on October 1st and paying homage to the original design of the 50-year old hotel. 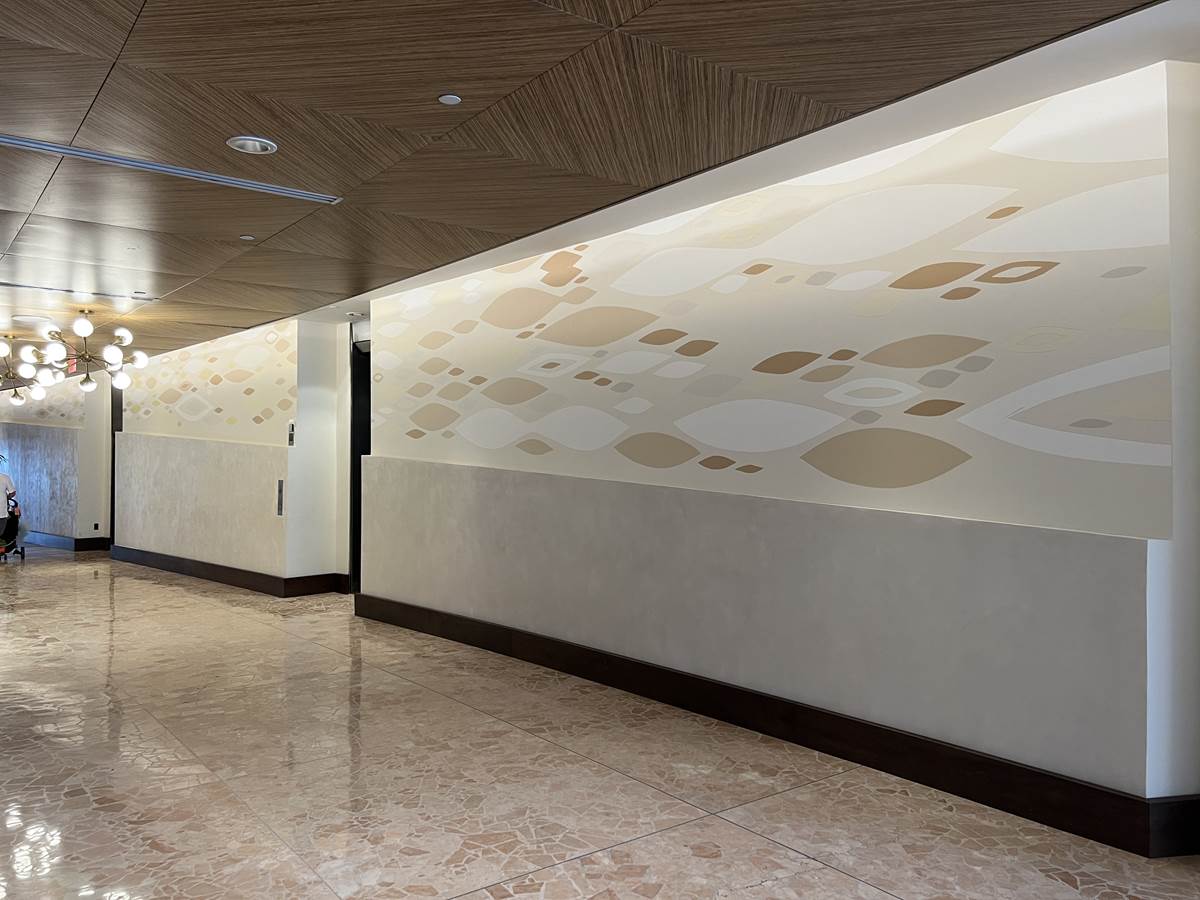 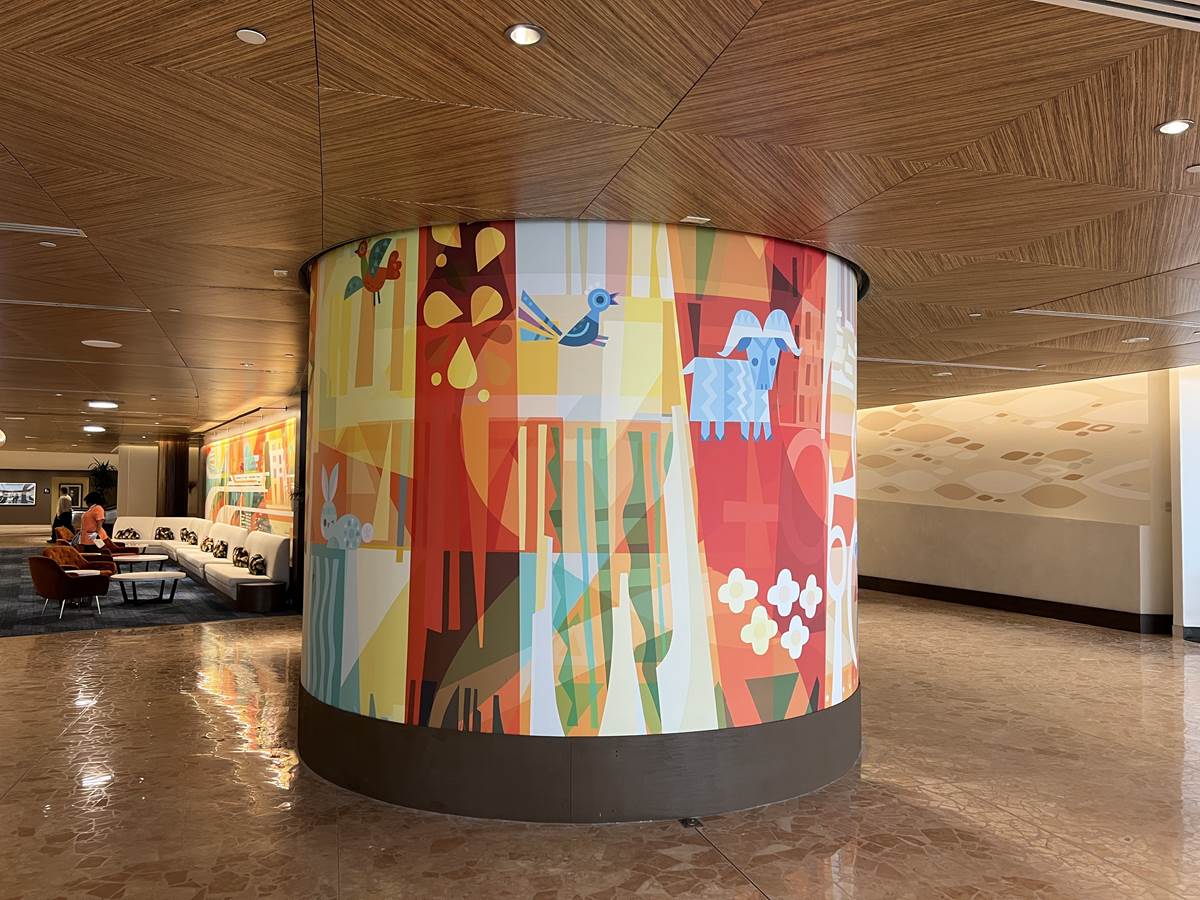 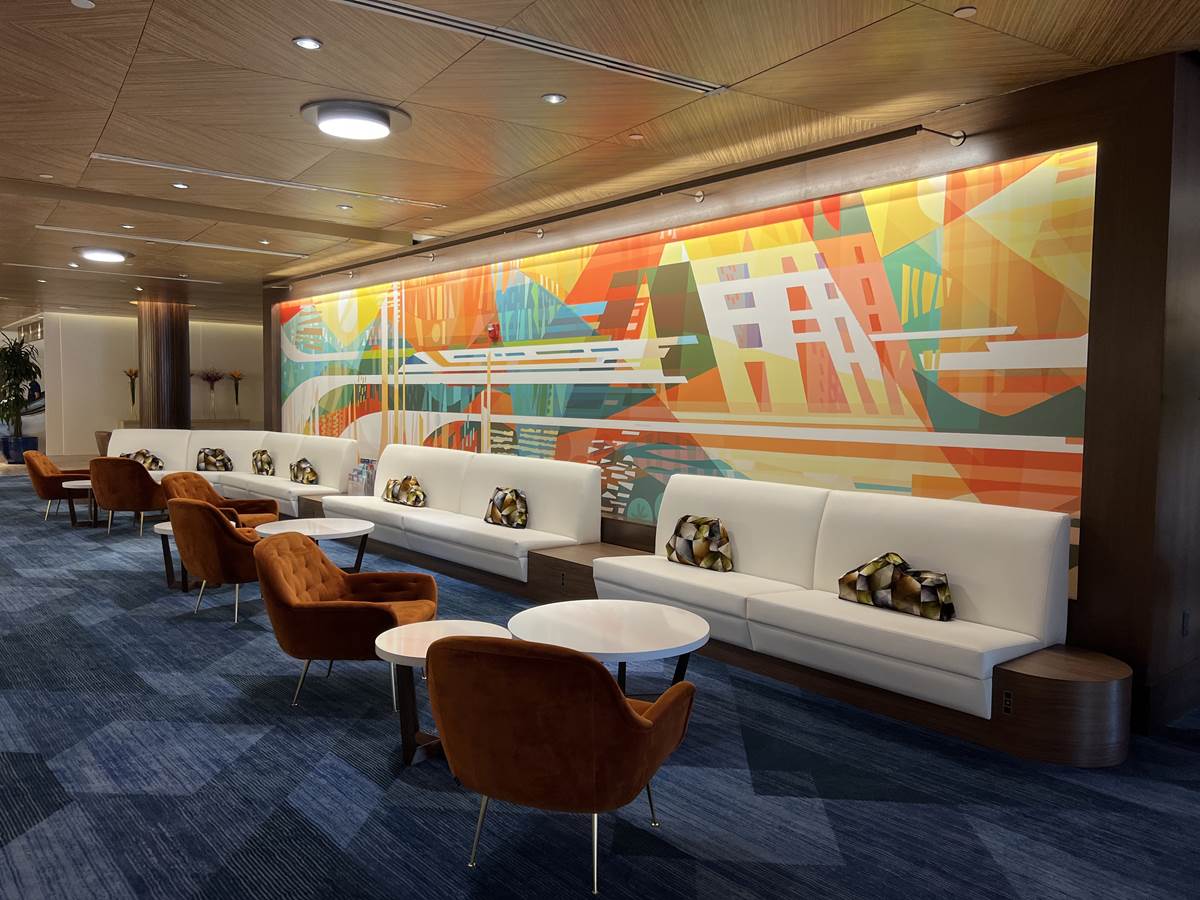 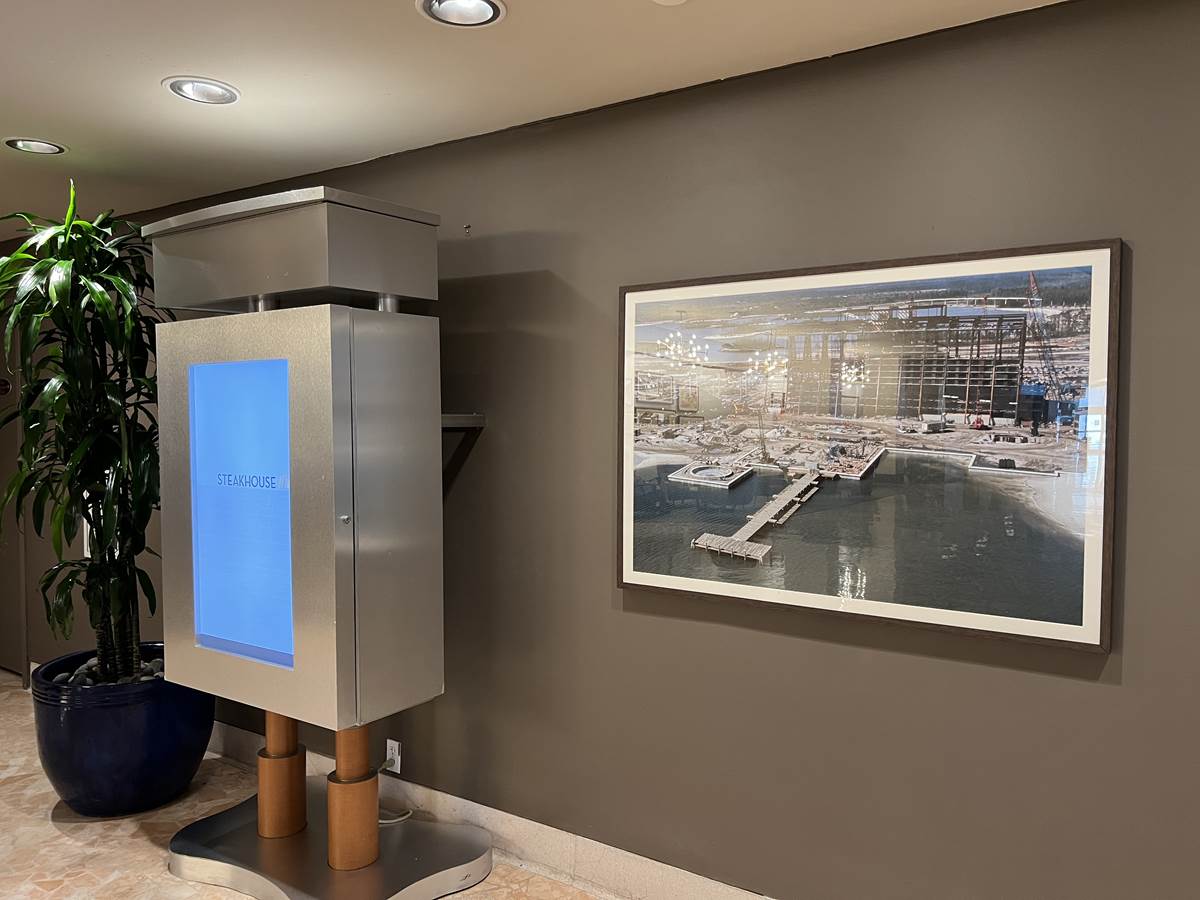 As part of the reimagining of Disney’s Contemporary Resort, the guest lobby and check-in experience of the hotel had been closed off since early July, with much of the first-floor lobby closed with the front desk temporarily relocated to the second floor of the resort. While many of the Guest services in the lobby remained open including elevators, escalators, restrooms, and pathways to the convention center and bus transportation, much of it was also closed off, including The Wave restaurant, to be transformed into a new look just in time for the 50th anniversary of the hotel and Walt Disney World as a whole. Steakhouse 71, gets its name from the year the resort opened, and will have a sleek yet comfortable décor with fun design elements from the ‘70s and hints of the resort’s Florida heritage with subtle sightings of the beloved Orange Bird and citrus groves. The restaurant is set to open on October 1st. 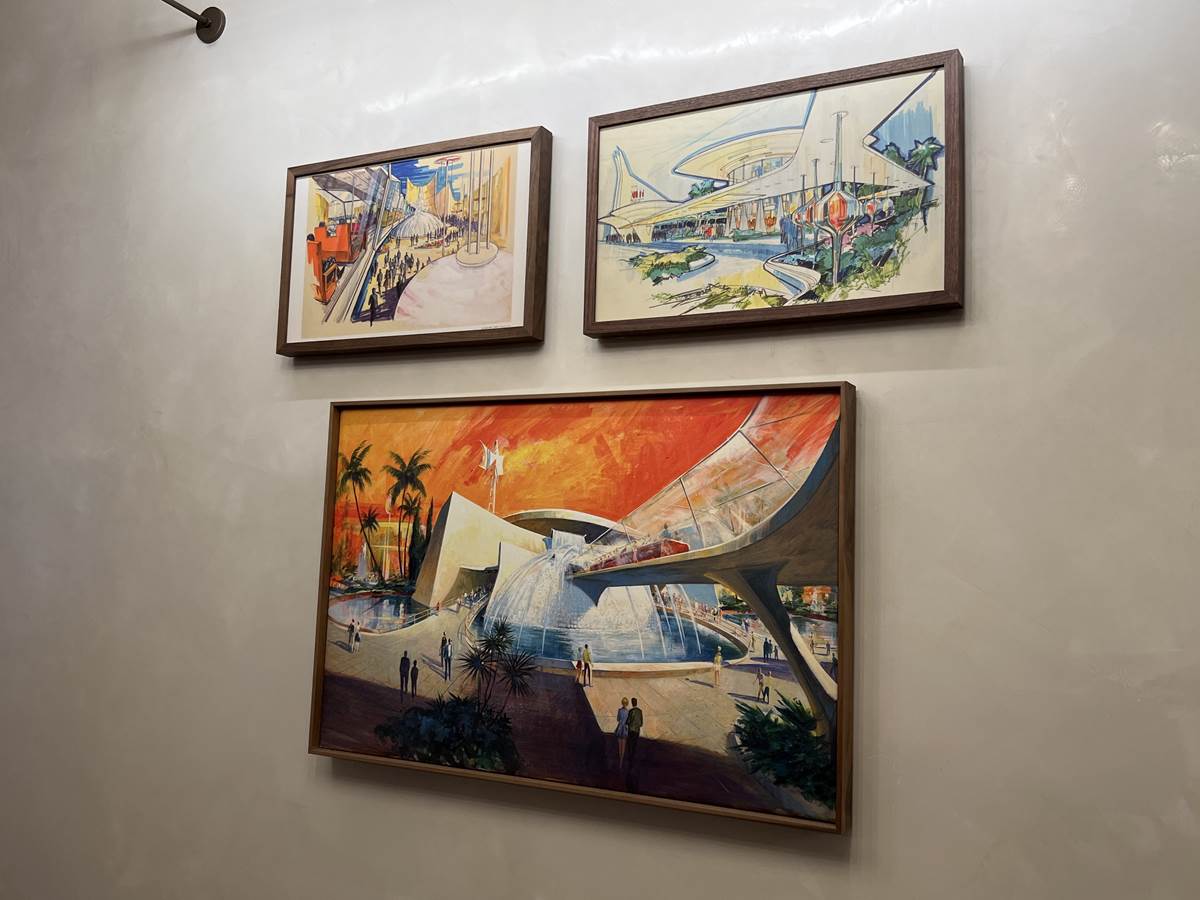 The lobby is complete and an enhanced check-in experience with an open, free-flowing layout and enhanced seating locations is now available for guests to use. Refurbishment work had begun earlier this year with rooms being covered as seen walking through the main concourse while the gift shop, monorail, and food locations continue to welcome Guests. The refurbishment will add characters from The Incredibles and Incredibles 2 into the look of the rooms, and a more detailed look at the rooms can be viewed here. 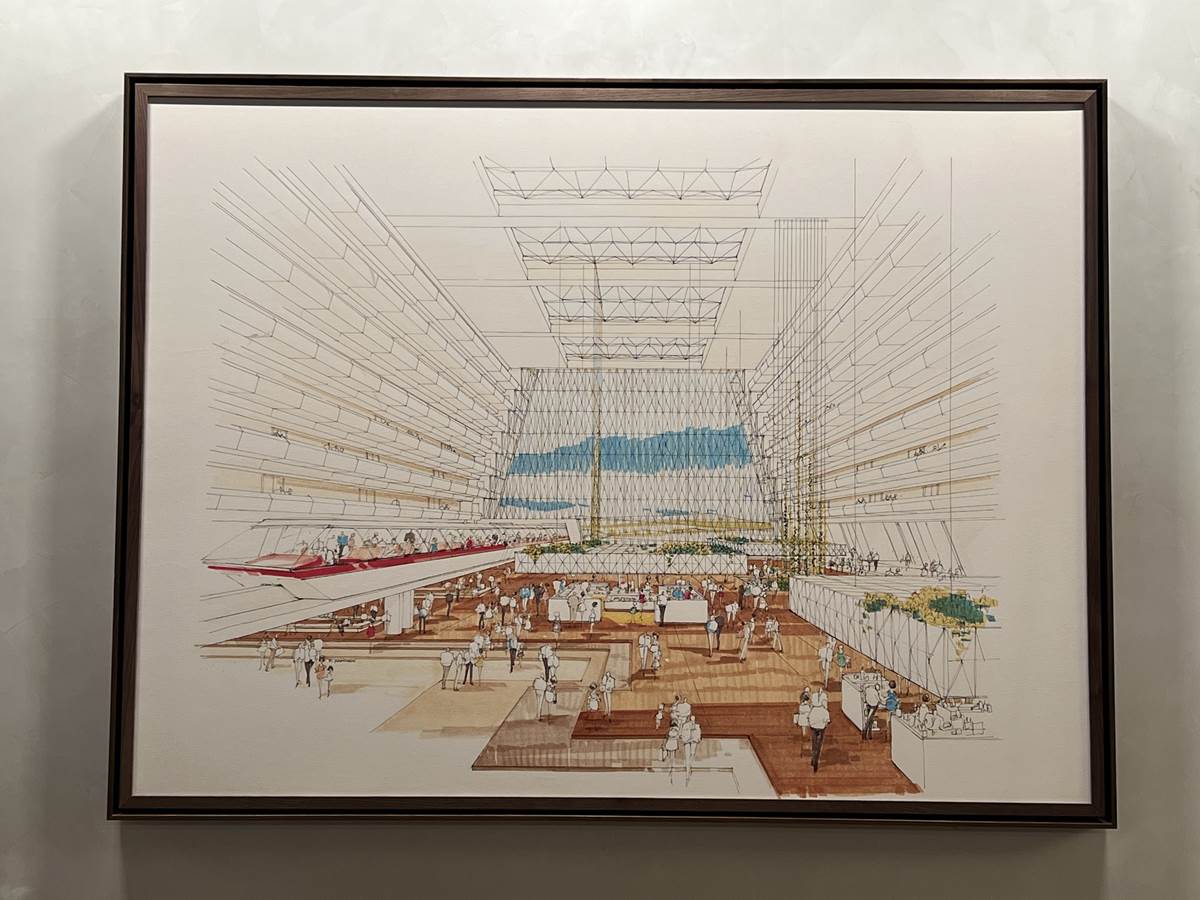 The look of the new lobby also takes inspiration from the work of Disney Legend Mary Blair, who famously also created the Grand Canyon Concourse mural in the atrium of the resort. 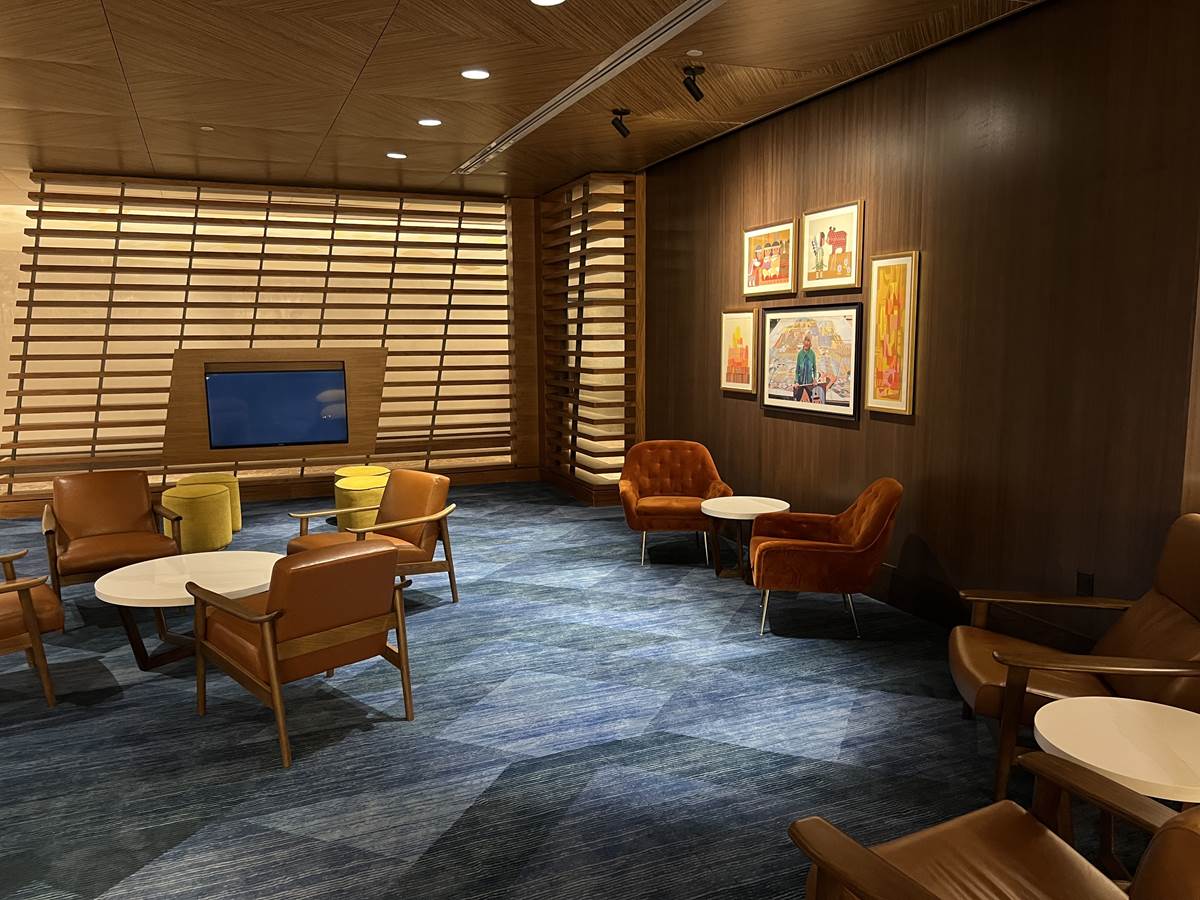