Paradise Bay, the shimmering, reflective show lagoon of Disney California Adventure, has been drained as work continues on the infrastructure for the park’s nighttime spectacular, World of Color. 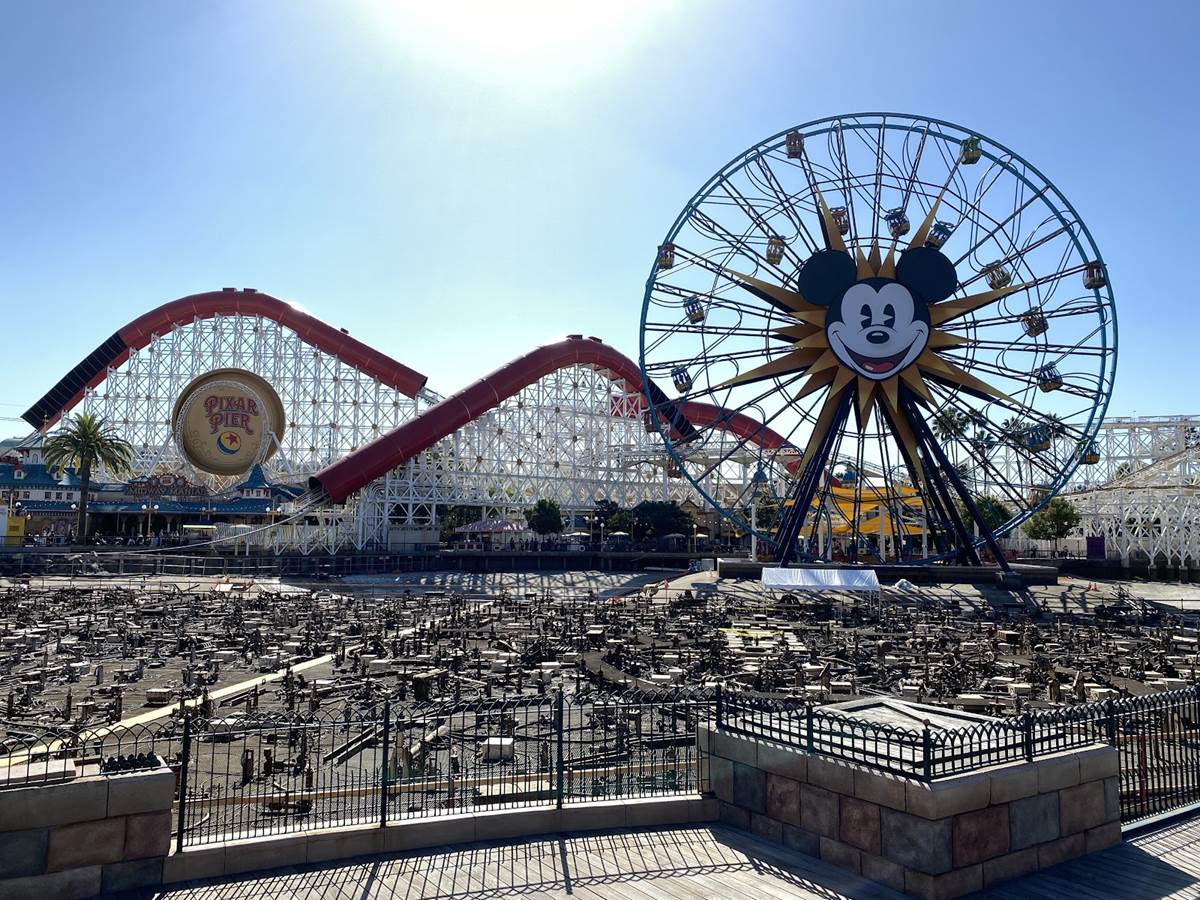 Though Disney has not said anything officially, some kind of refurbishment work is being done on the platforms that house the infrastructure and elements of World of Color, including over 1200 fountain nozzles for the show. 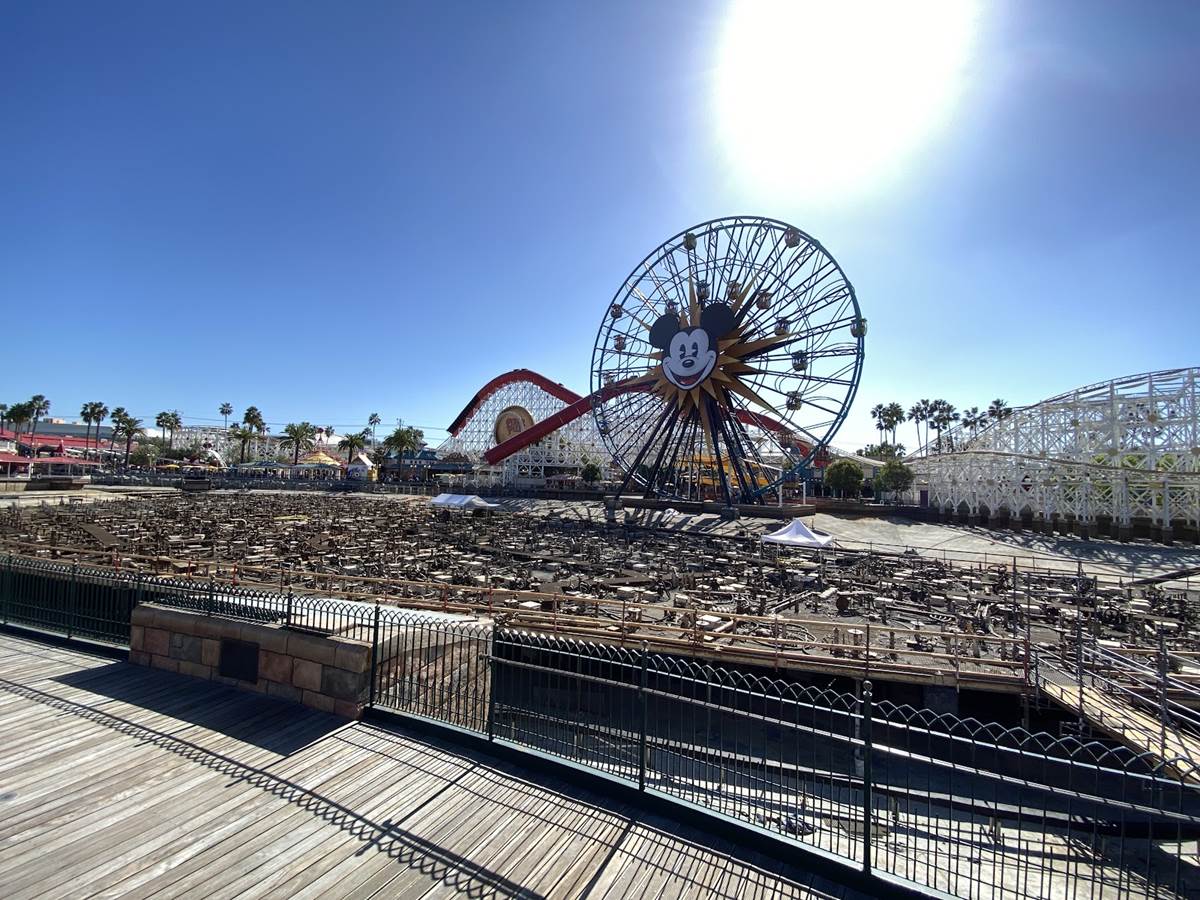 Eagle-eyed fans of the show may also have noticed that the projectors and their housing units along the back side of the lagoon closer to Pixar Pier have also been removed. When the Disneyland Resort announced their holiday offerings this year, the popular World of Color: Seasons of Light was noticeably absent, signaling that the show will likely not return anytime in 2021. However, hope is on the horizon as white canopies, serving as a sort of hub for repairs and maintenance have been spotted on the platform, showing that work of some kind is being done. 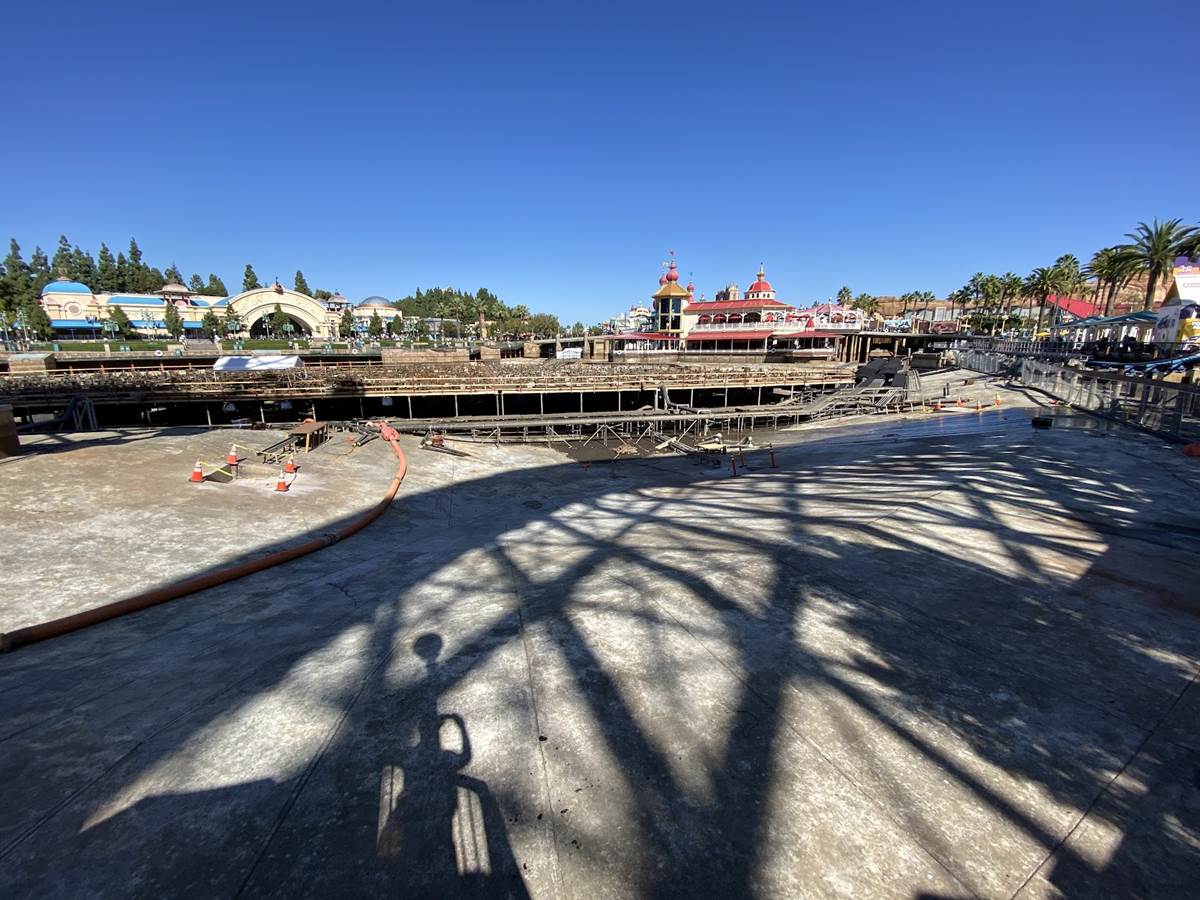 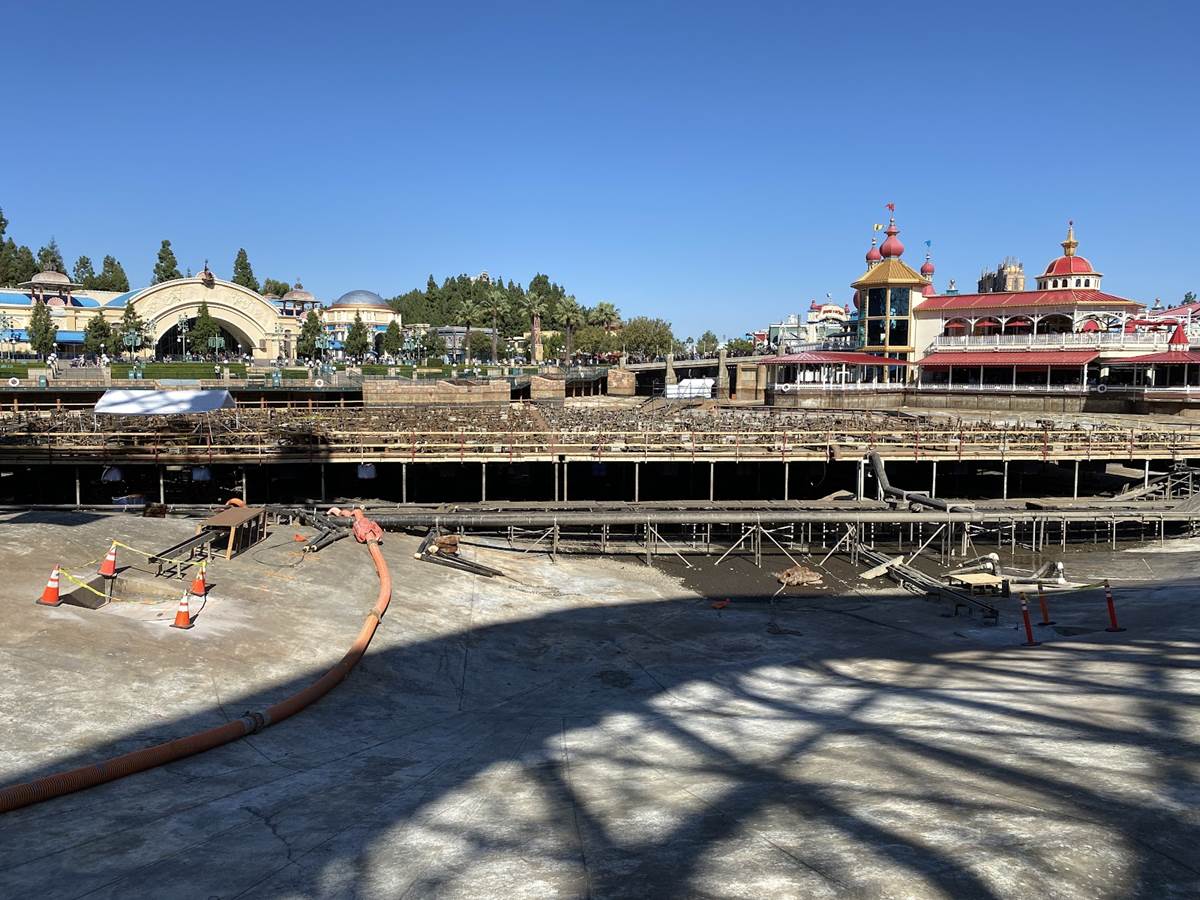 While no official word has come from Disney regarding World of Color, the official Disneyland Website shows that the show is “Temporarily Unavailable” and the OC Register has reported that the show, as well as Fantasmic! at neighboring Disneyland Park are set to return in 2022. Originally debuted in 2010, World of Color was the first major addition marking the massive changes and expansion of Disney California Adventure, followed by Cars Land and Buena Vista Street among other projects. As Paradise Pier became Pixar Pier in 2018, World of Color closed for a refurbishment that was inexplicably extended, being shuttered for almost a year before reopening in early 2019. The show closed alongside the park in March of 2020 due to the Global COVID-19 pandemic, and reportedly sat untouched as the parks were closed. Though the parks reopened in April of 2021, the show has yet to return, but the work being done on the show’s submersible superstructure is a promising sign that the show will return sooner than later. 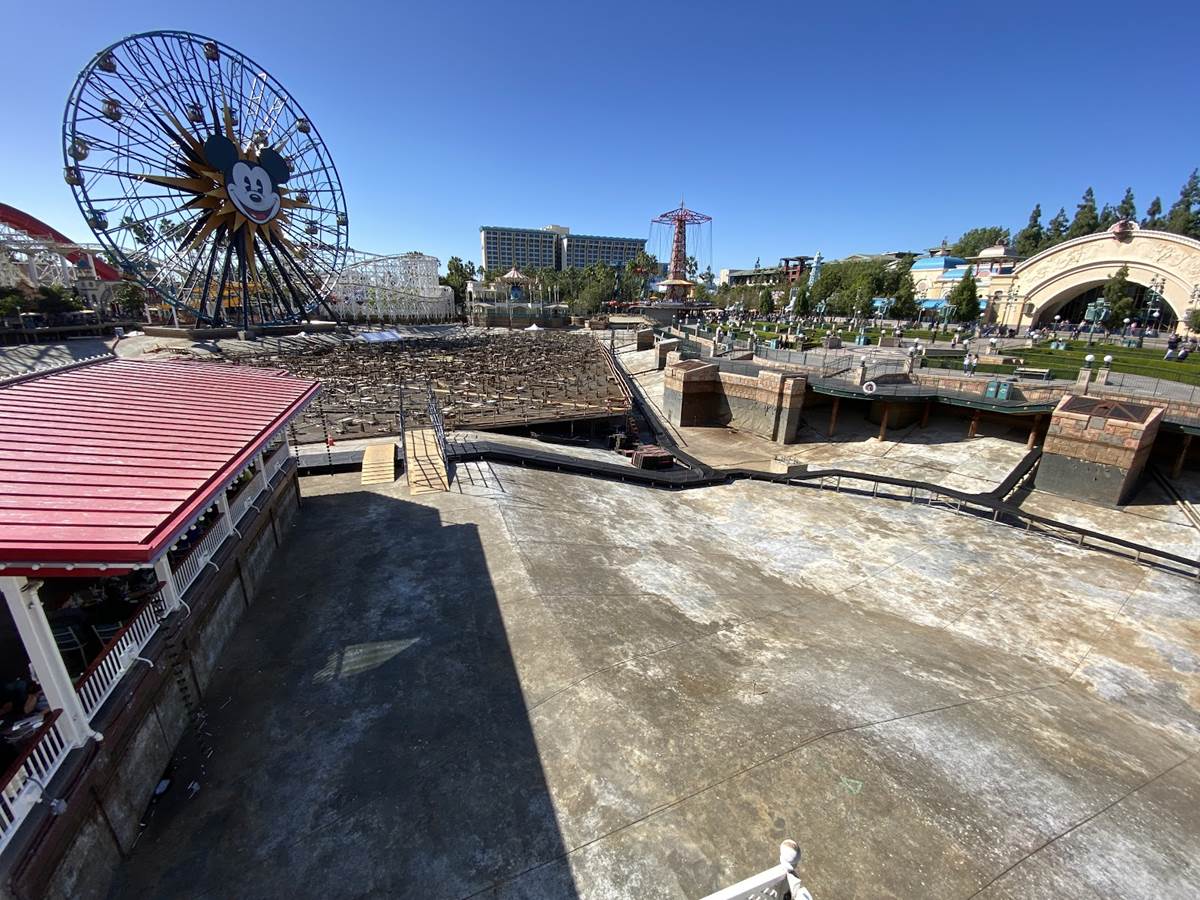 Though we touched slightly on the latter-history of the show, you can take a full look at the history of World of Color thanks to our obsessed correspondent who celebrated the 10th anniversary of the show last year with a lengthy rant that you can read here, and check out the first performance of the show when it returned to Paradise Bay back in 2019 below: