Disney+ has shared a festive new poster for Marvel’s Hawkeye with just two weeks until the series debuts on the streaming service. 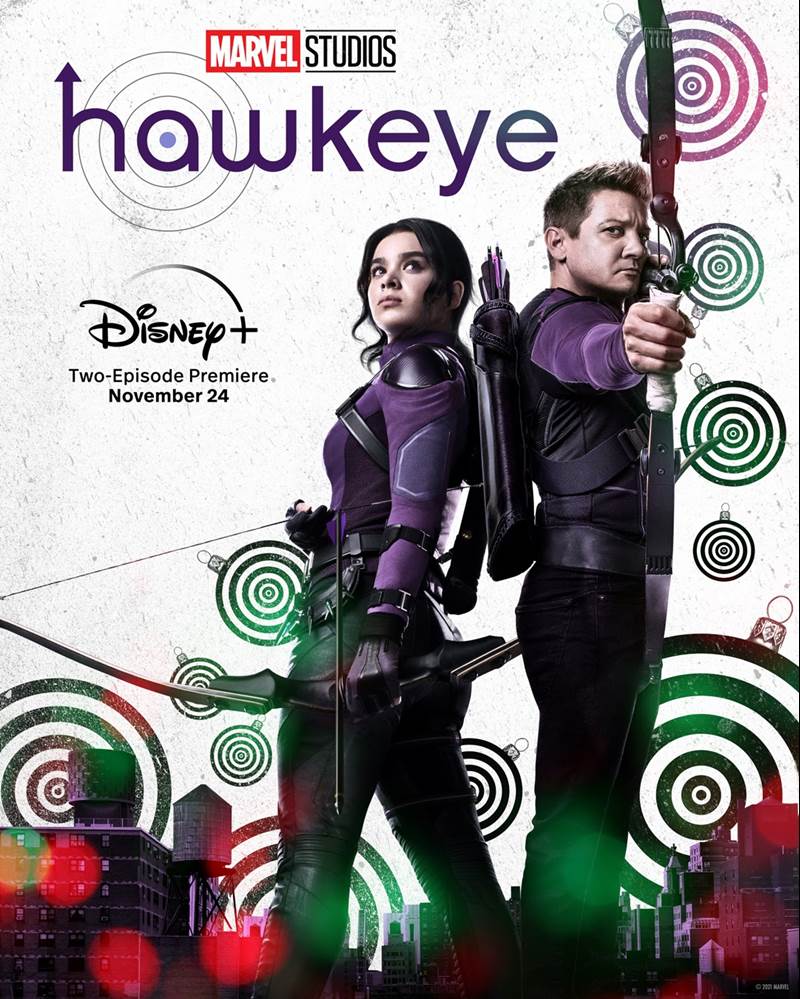 Marvel’s Hawkeye will debut on Disney+ on November 24.