Walt Disney World gave a special Life Day look at the upcoming Star Wars: Galactic Starcruiser and what Guests can expect when they step aboard. StarWars.com, Nerdist, and The Orlando Sentinel each revealed exciting new details about the experience. Here’s what we learned.

When you check-in for your 2-day, 2-night voyage with the Chandrila Star Line, you arrive at a nondescript cement bunker where Guests are placed in launchpad capsules and sent up to the Halcyon, arriving in a two-story atrium connected to the Captain’s Bridge, lounge, shop, dining area, and the ships 100 cabins. 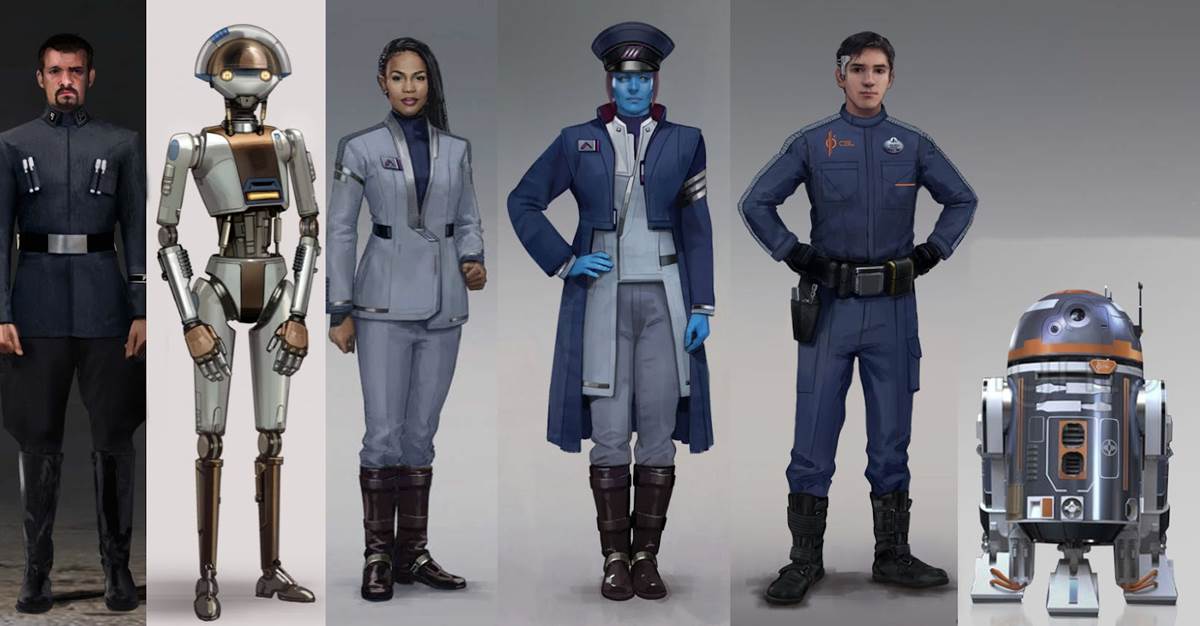 Guests will instantly be welcomed into the world by some familiar characters like Chewbacca and Rey and some new ones, like Captain Riyola Keevan, Lieutenant Harman Croy Cruise Director Lenka Mok, astromech droid SK-62O, and stowaway Sammie. 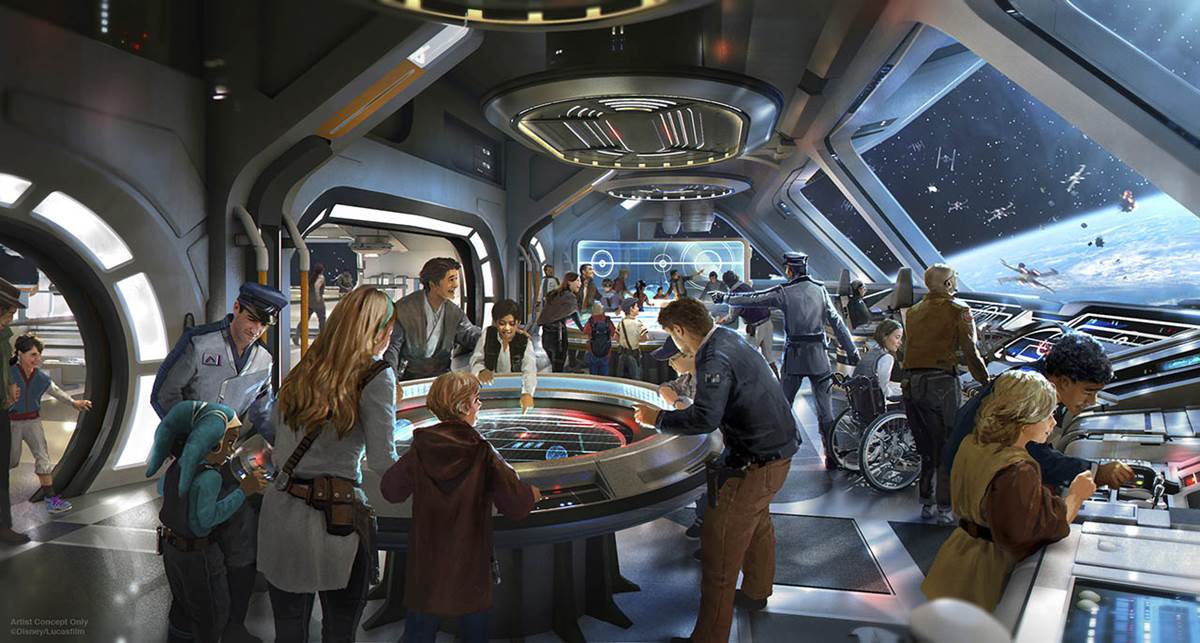 All passengers are asked to take part in bridge training as a safety protocol, just in case anything should happen to the captain or crew. Another option is lightsaber training, whether you brought your own onboard or are planning to pick one up in the near future.

The First Order is Never Far Away

You may spot a Stormtrooper or two while aboard the Halcyon, with the First Order extremely suspicious about the passengers. If you don’t play your cards right, you could even end up being boarded by the fearsome Kylo Ren.

Like most cruise ships, the cabins are close-knit quarters, but the sleeping pods are reportedly bigger than the look, with built-in bunk beds big enough for a 6-foot-tall human. 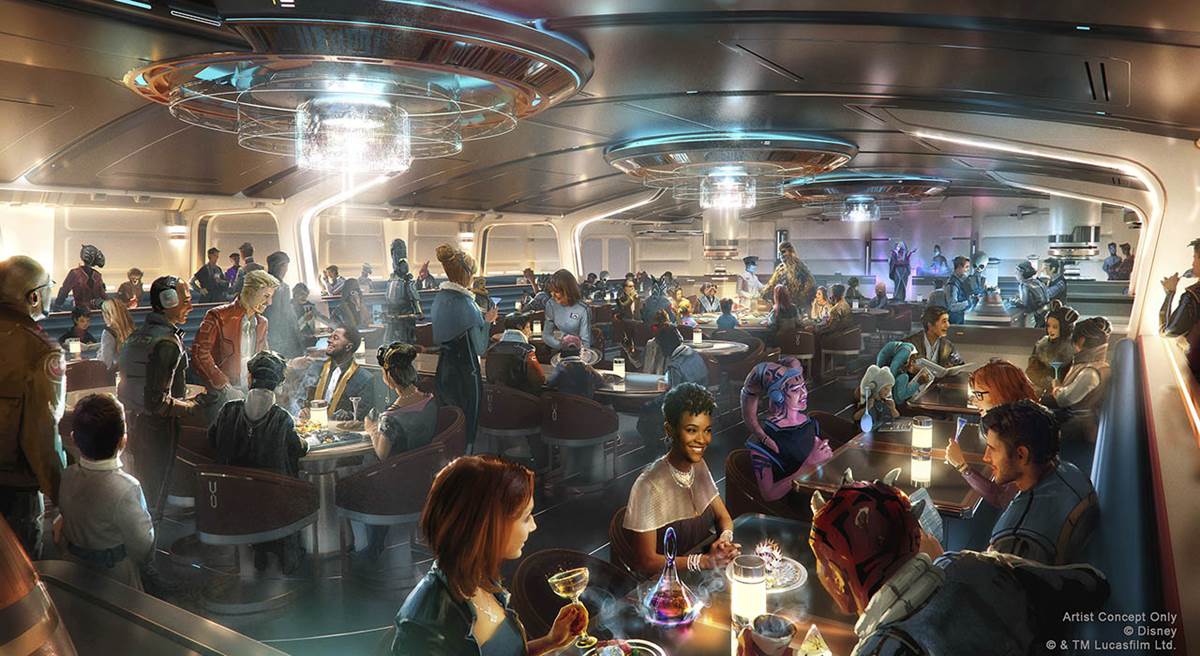 Like on most terrestrial cruise lines, Chandrila Star Line schedules dinner seatings at the Crown of Corellia Dining Room, inspired by the world where the Halcyon was built, and also offers a breakfast and lunch buffet. Live entertainment from one of the galaxy’s biggest stars will delight Guests during one of the dinner seatings. Menu offerings are imported from a variety of planets, including a Mustafar bread service, Felucia blue shrimp, and a fish dish (planet to be determined) that appears to come alive on your plate through a reaction between steam and bonito flakes. 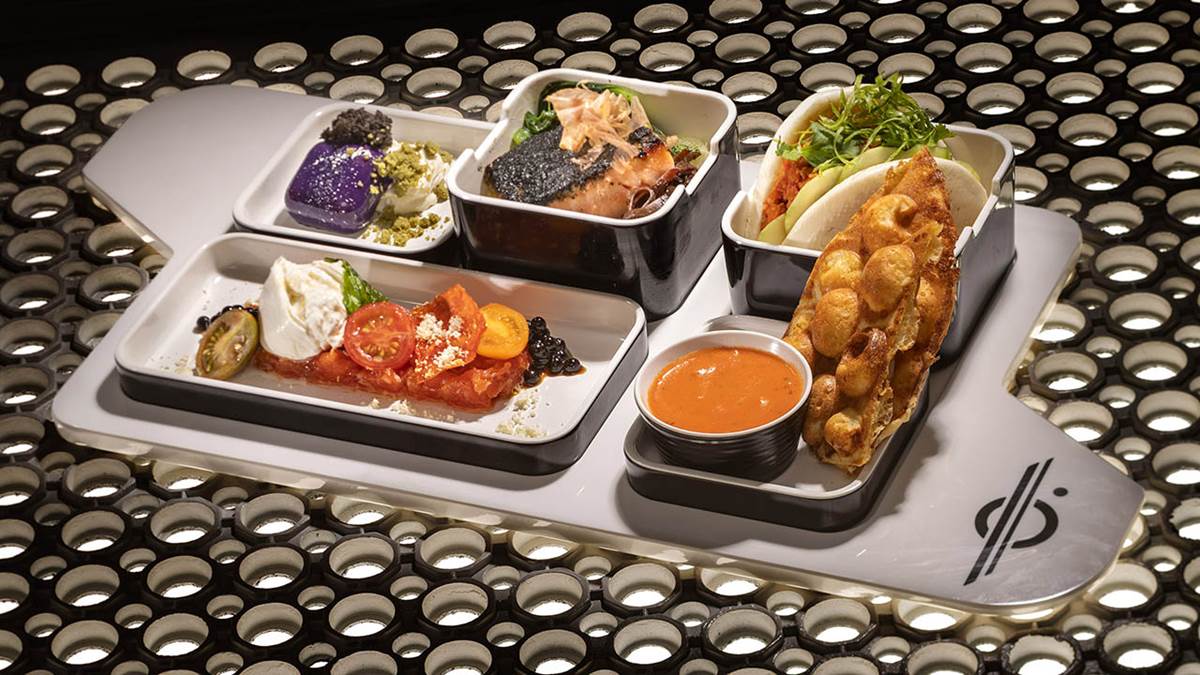 Dietary restrictions, such as vegetarian substitutions, are available, as are foods that Guests are more familiar with, like tip yip (chicken fingers).

The Sublight Lounge is a place to unwind with a drink and enjoy a game of sabacc on a working holotable. Beverages include Hoth Frost, Mooja Twist, and more. The Chandrila Collection is the name of the boutique onboard the Halcyon where passengers can pick up some wearables they won’t find anywhere else. This includes headpieces like Twi’lek headtails and Togruta montrals and fashions that harken back to some iconic looks (inspired by screen-worn costumes examined at the Skywalker Ranch Archive). Younger passengers can even acquire uniforms worn by the captain, mechanics and lightsaber trainers. Formal wear and jewelry are also available. 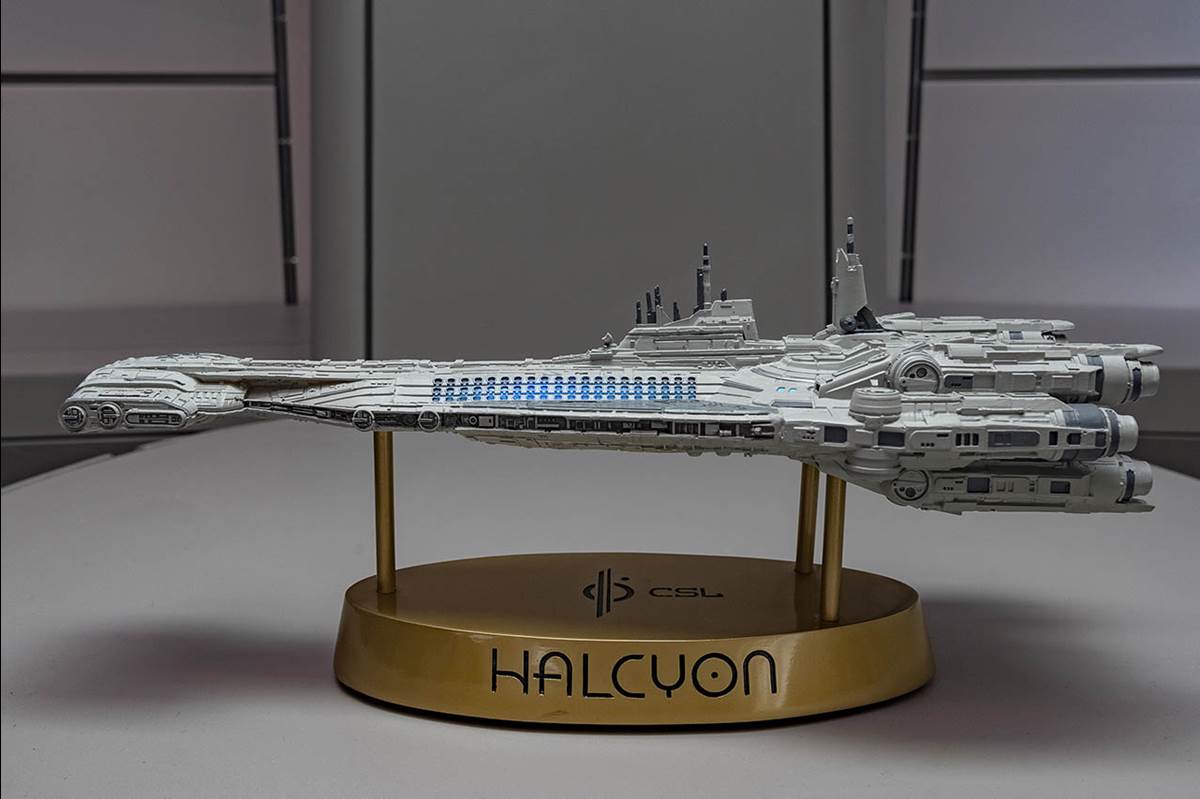 Chandrila Star Line hasn’t forgotten home goods with pins, ornaments, wine glasses, coasters, bottle stoppers, and a light-up model of the Halcyon among some of the ways passengers can bring home some of the ship’s glamor. Lightsabers will also be available, although the store currently has no plans to sell the “Real” lightsaber that was teased last May.

On the itinerary for the second day of your voyage is a trip to Batuu, where Guests staying aboard the Halcyon receive exclusive content on the Datapad via the Play Disney Parks App. Transportation from the ship to the planet is provided via a special entrance reserved just for Chandrila Star Line Guests. The timing of your voyage is also linked to events occurring in Black Spire Outpost, including the reveal of who the coaxium is being smuggled away from during a flight aboard Millennium Falcon: Smugglers Run and how the First Order discovered the Resistance base on Batuu, leading to its rapid evacuation during Star Wars: Rise of the Resistance.

You can’t exactly open your viewport for fresh air or you might get sucked into space. Instead, the Halcyon has a “Simulated courtyard” that recreates the atmosphere of Batuu. It’s so convincing, Guests will believe they’ve stepped outside (wink, wink).

Your Choices Affect The Voyage 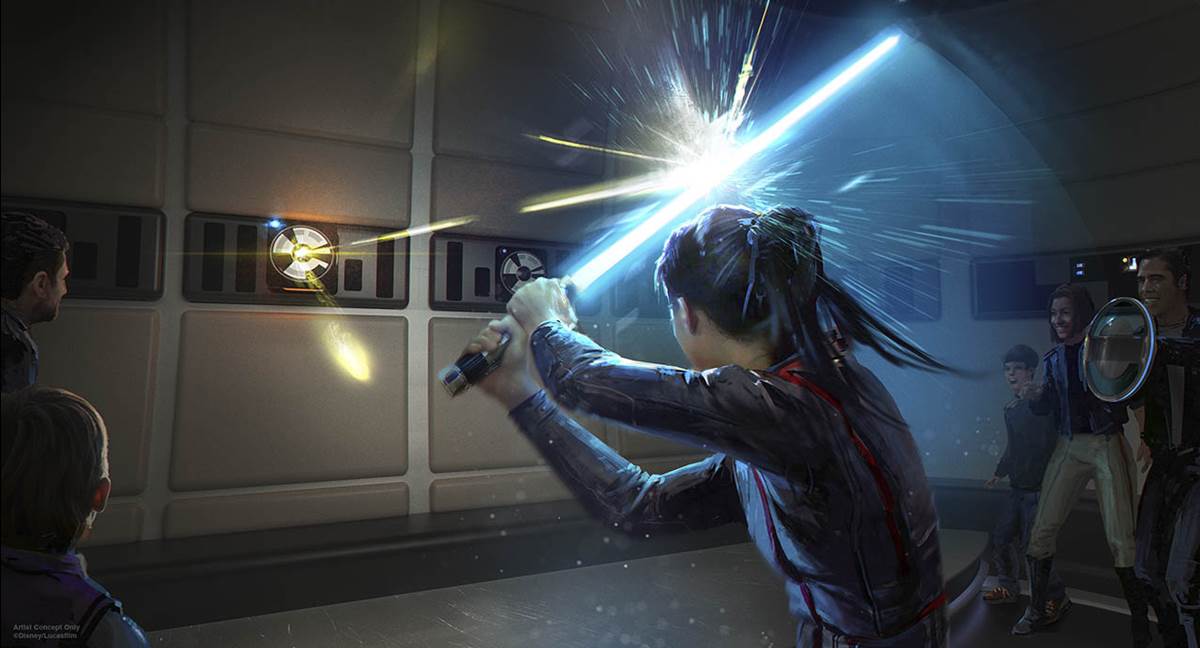 Guests can take part in the adventure or simply sit back and watch events unfold, but the choices Guests make have a real impact on the journey, meaning no two voyages on the Halcyon will be exactly the same. These impacts even extend to what happens during your excursion on Batuu and passengers may be presented with opportunities to join the Resistance or First Order.

The Experience Tells a Full Story

The finale of your 2-day/2-night itinerary includes a finale where stories of the characters on board come together.