We are just two months away from the opening of a brand new theme park here in Southern California, Sesame Place in Chula Vista. This Sesame Street-themed park was first announced back in 2019 as a replacement and upgrade to SeaWorld’s Aquatica water park. Originally supposed to open in spring 2021, plans got pushed back a year due to the COVID-19 pandemic.

Over the last couple of months, the official Sesame Place Instagram account has shared quite a few updates on the installation of attractions and theming elements, so let’s round those up and see what we can expect when the park opens in March! 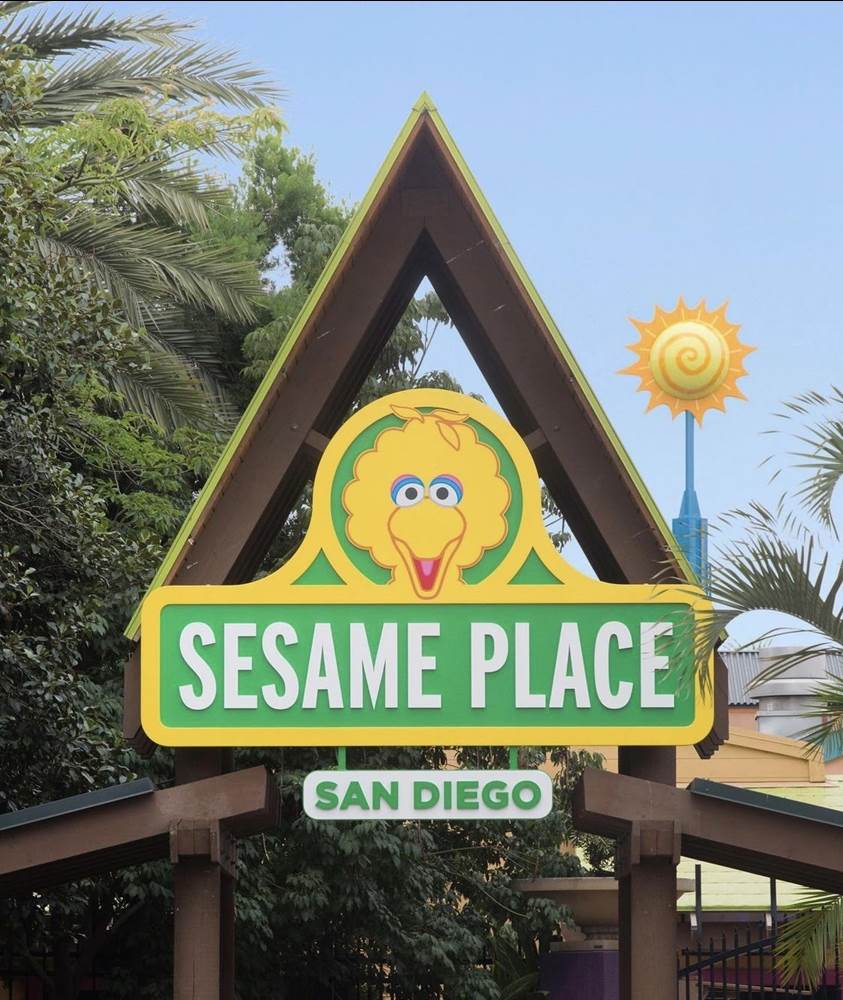 The entrance marquee for Sesame Place was unveiled during a hard hat tour that we attended in September 2021. 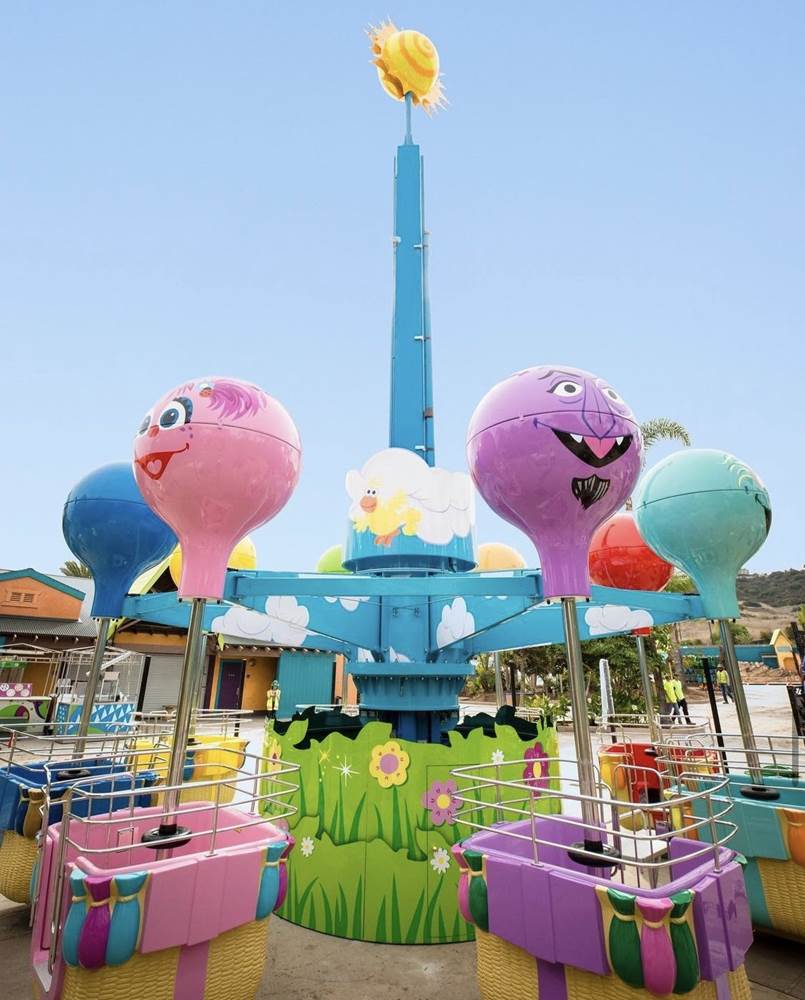 The first attraction unveiled was the Sesame Street Soar & Spin, which features a bunch of your favorite furry friends as balloons as you get a bird’s eye view of Sesame Place. 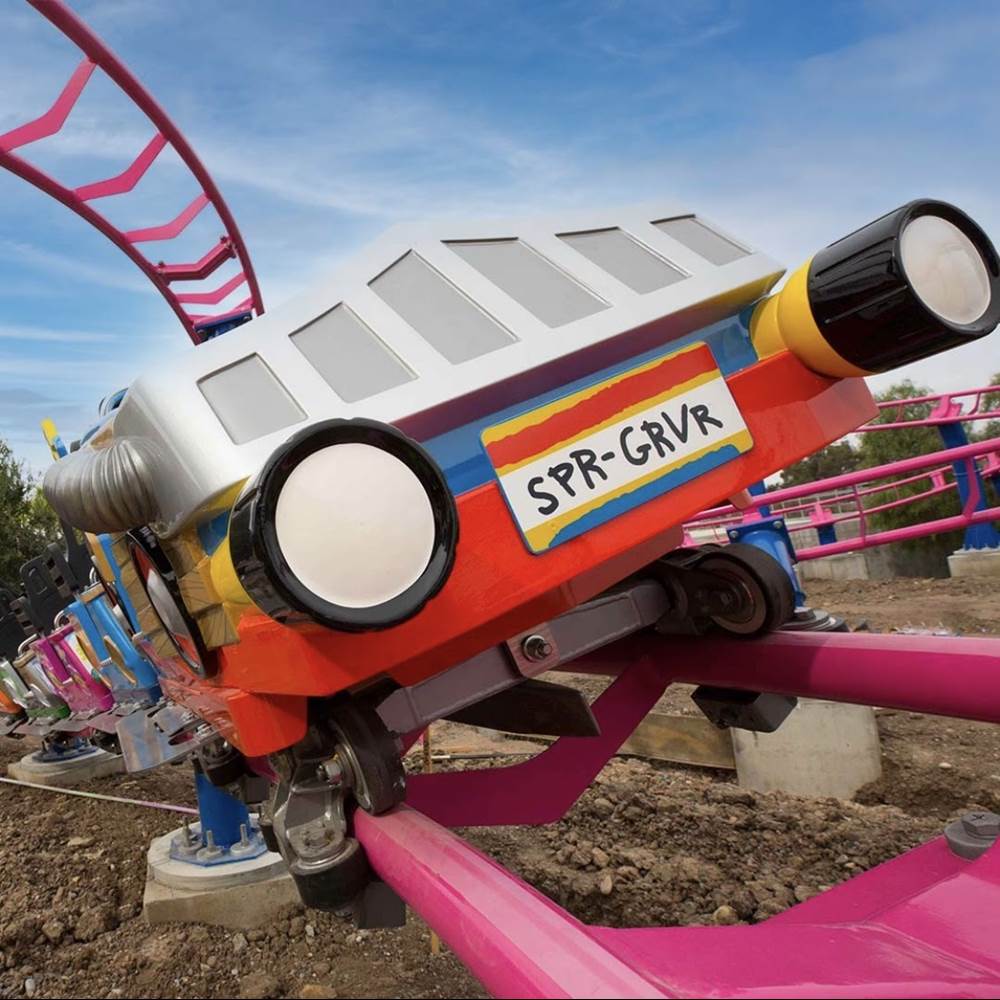 A look at the head car of Super Grover’s Box Car Derby, a roller coaster which can also be found at SeaWorld Orlando and San Antonio. 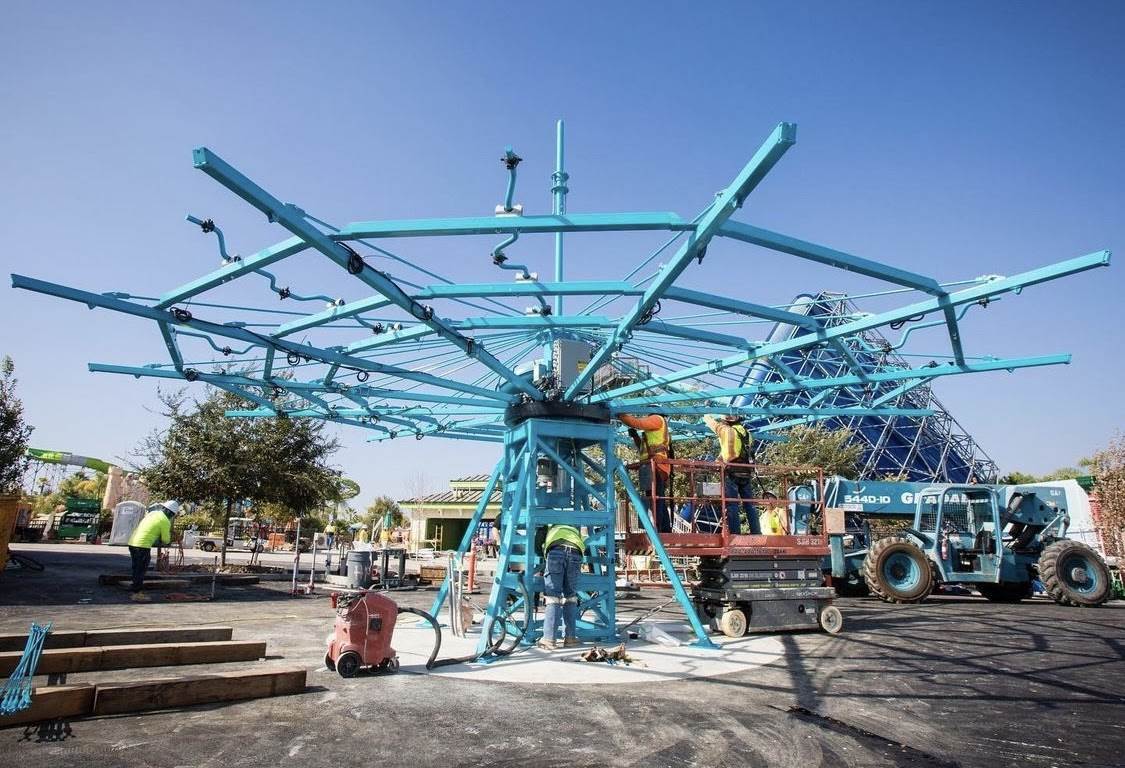 These next few photos show the installation process of the Sunny Day Carousel, a cute ride featuring Muppet-y horses. 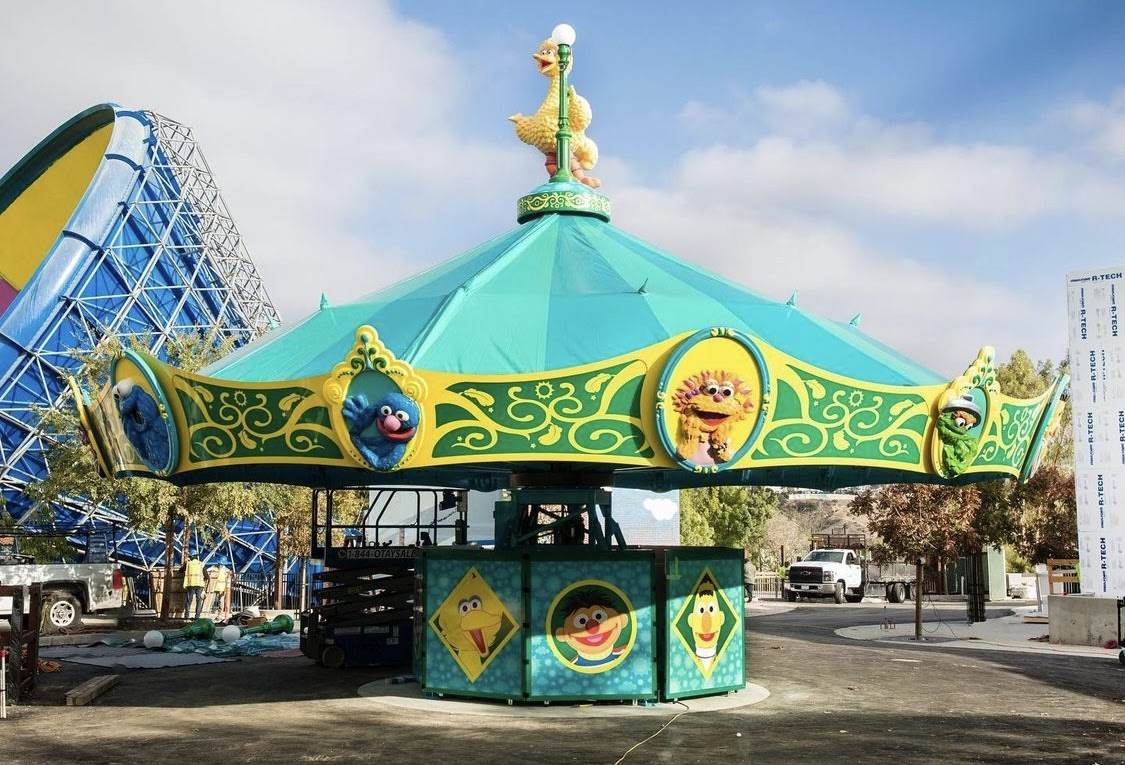 A practically identical version of the Sunny Day Carousel recently opened at SeaWorld Orlando inside their Sesame Street Land. A closer look at the Big Bird statue atop the carousel. 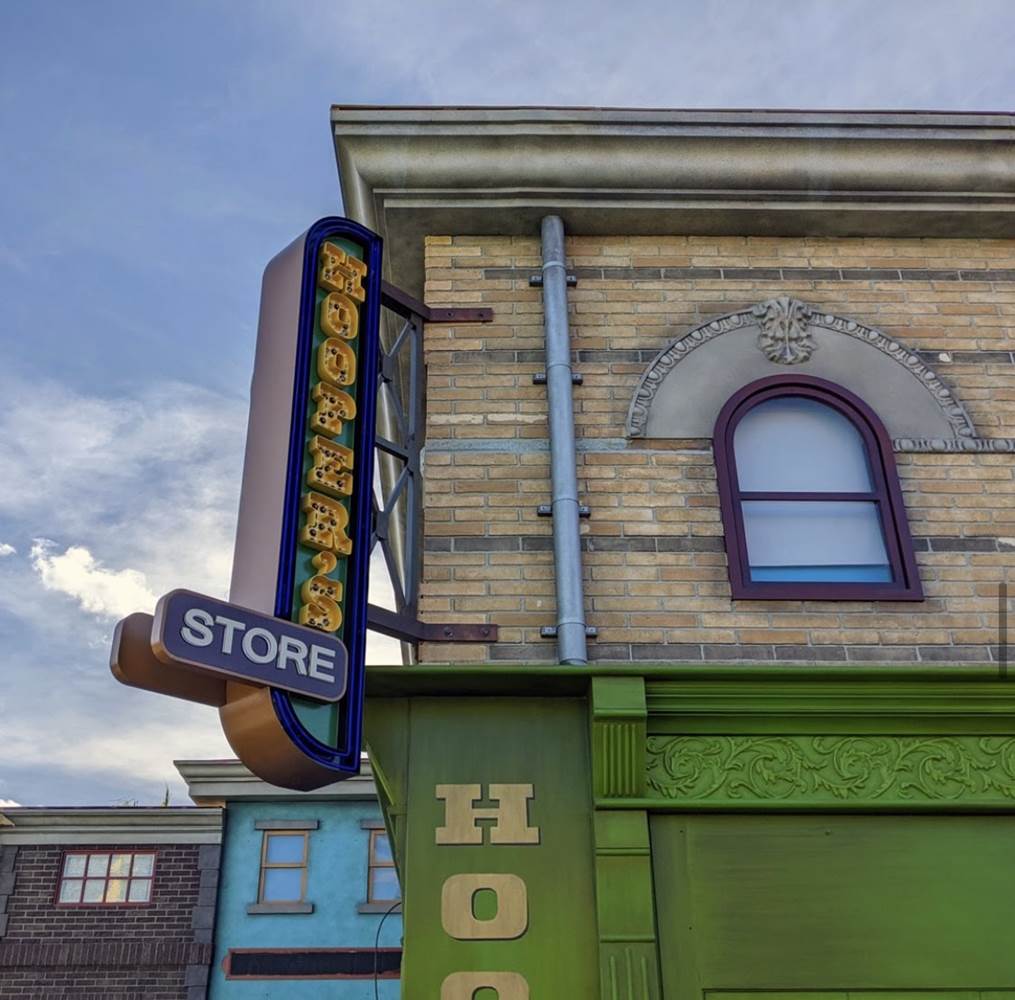 As in SeaWorld Orlando, guests will be able to explore the all-new Sesame Street Neighborhood. This interactive area includes Hooper’s Store, Abby’s Garden, Big Bird’s Nest and the iconic 123 Stoop. 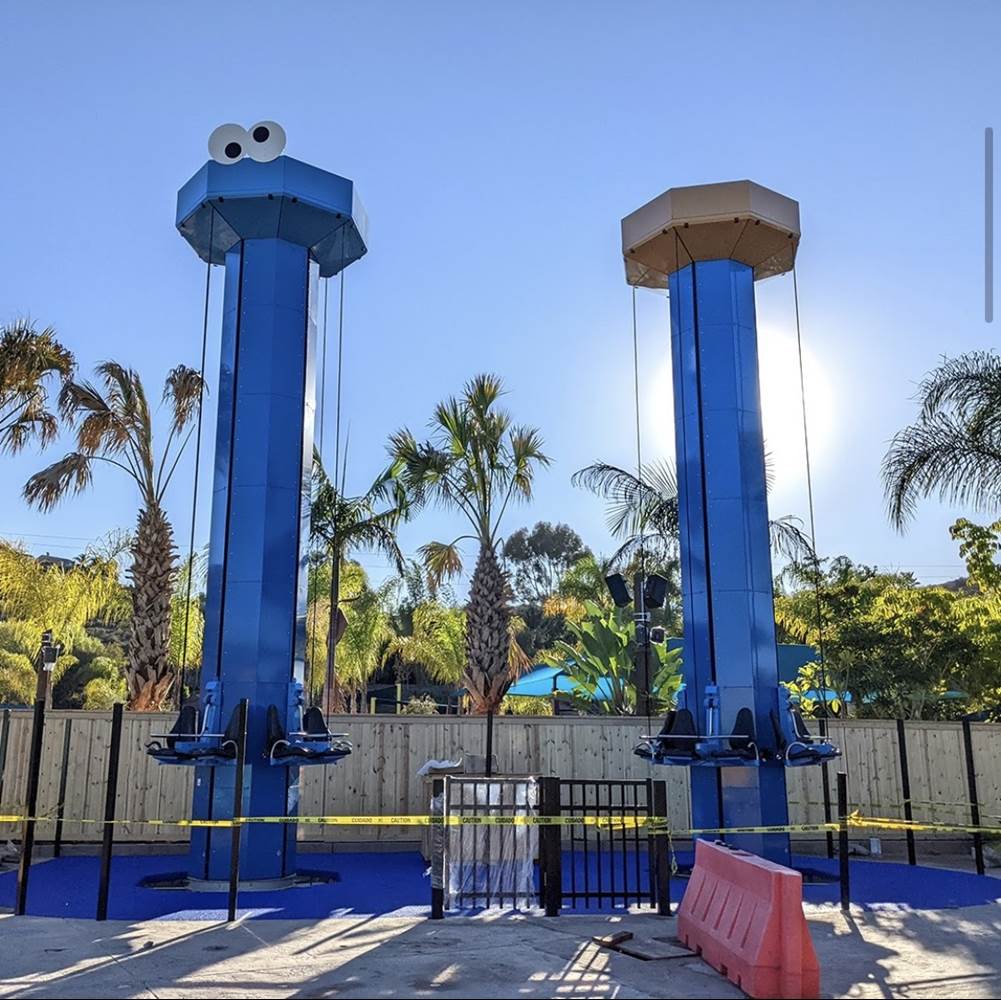 Guests will soon be able to make their way to the top of these blue Cookie-themed towers and enjoy a fun ride down on the Cookie Climb. 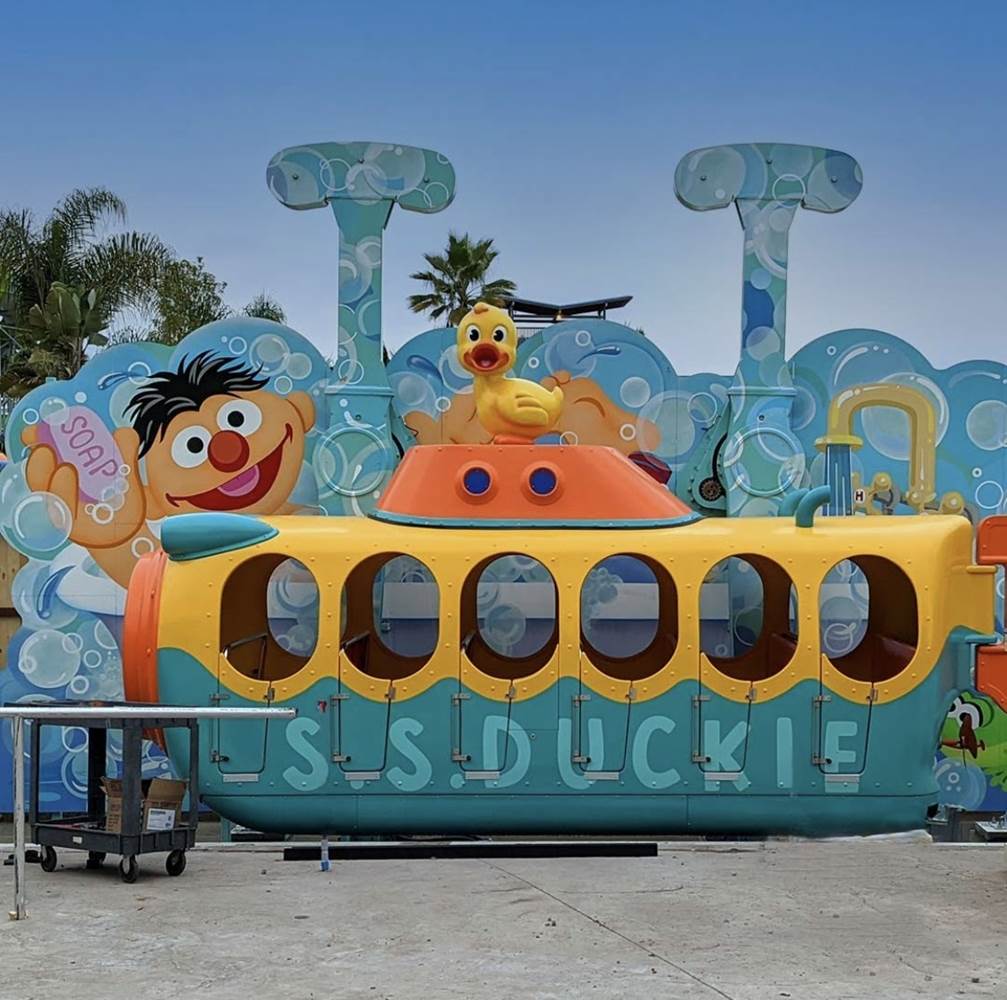 Finally, on the Rub-A-Dub Sub, guests will hop aboard the S.S. Duckie for a spin aboard Ernie’s toy submarine.

In addition to 7 Sesame Street-themed dry rides, Sesame Place will also retain 11 water attractions that were part of Aquatica, including a 500,000 gallon wave pool – one of the largest in Southern California.

For more on Sesame Place, check out our hard hat tour from September, offering a complete look around the construction site. Sesame Place opens March 2022!