Guardians of the Galaxy: Cosmic Rewind is getting ready for its grand debut later this year, and the former of Universe of Energy building at EPCOT (which houses portions of the new attraction) is getting a nice paint job and looking great. 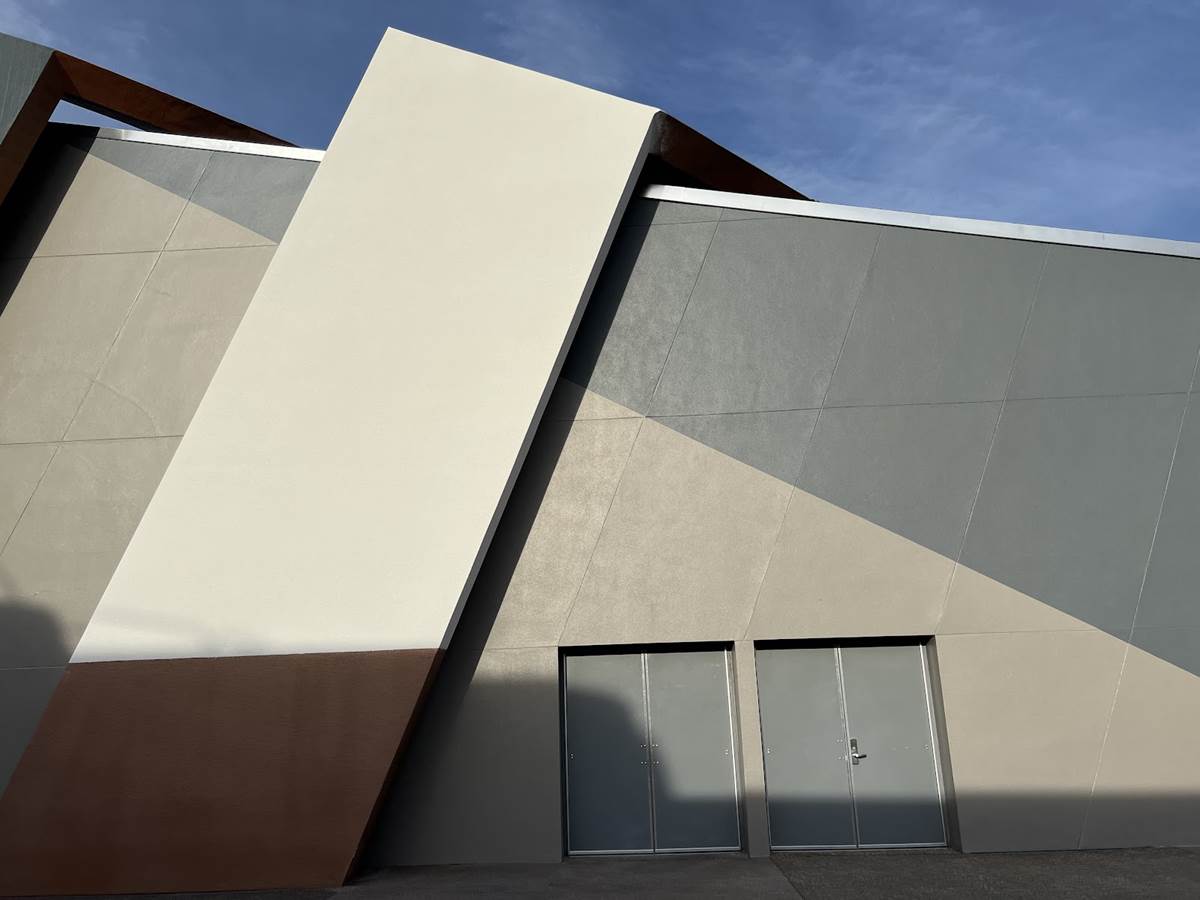 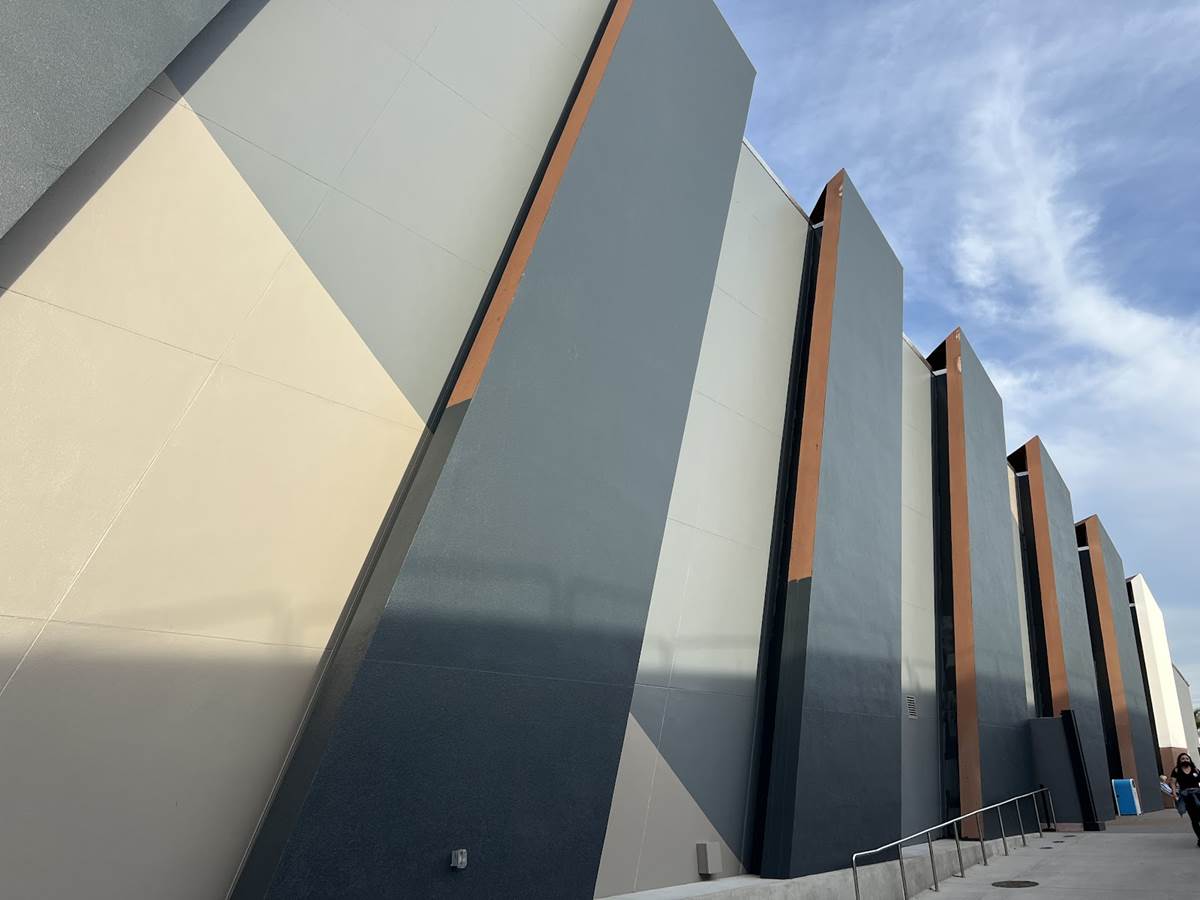 The former browns, blacks, and oranges that once were on the building have been pushed aside to make way for more space-y grays and whites. Elsewhere on the building, the Nova Corps logo has been installed on the facade, and the star in the logo will be seen throughout, including the architecture of the building, ships on display, and likely cast member uniforms. 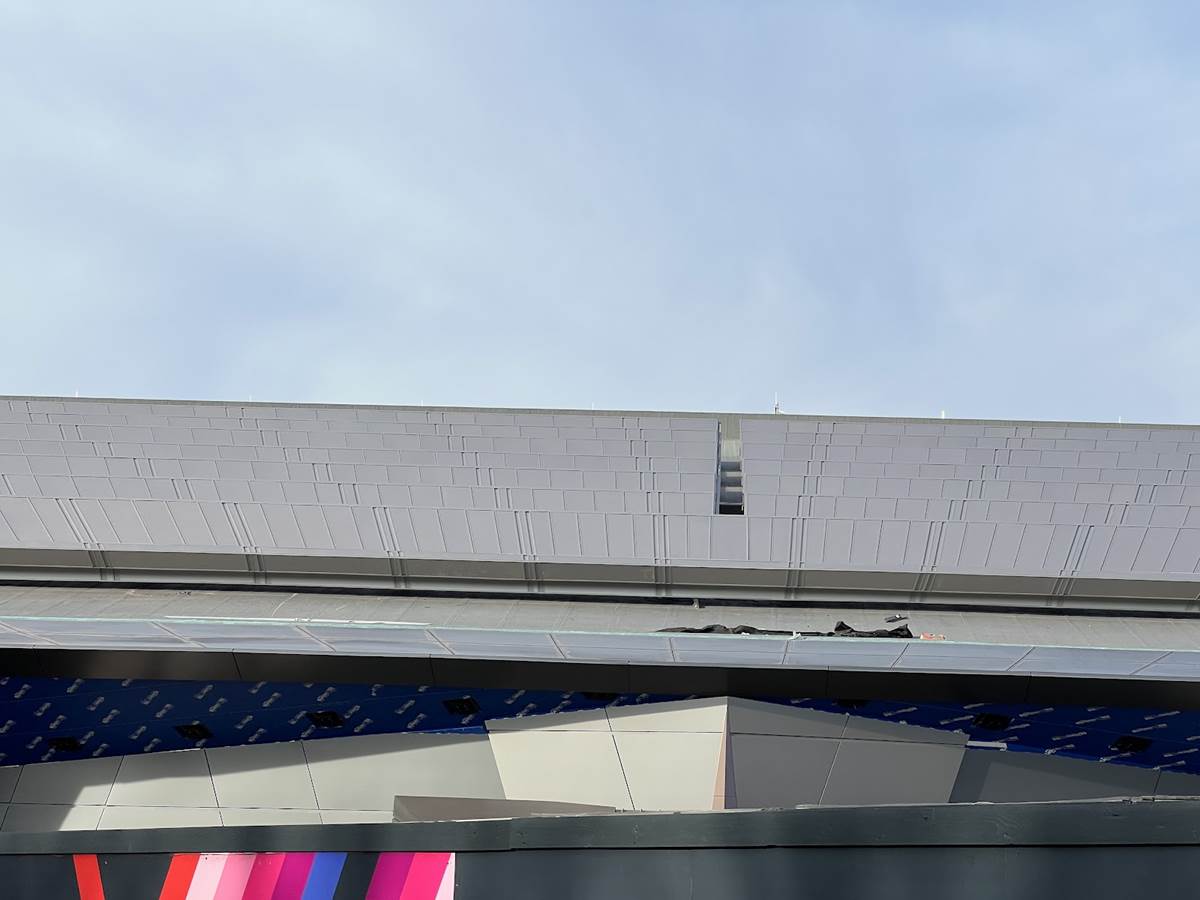 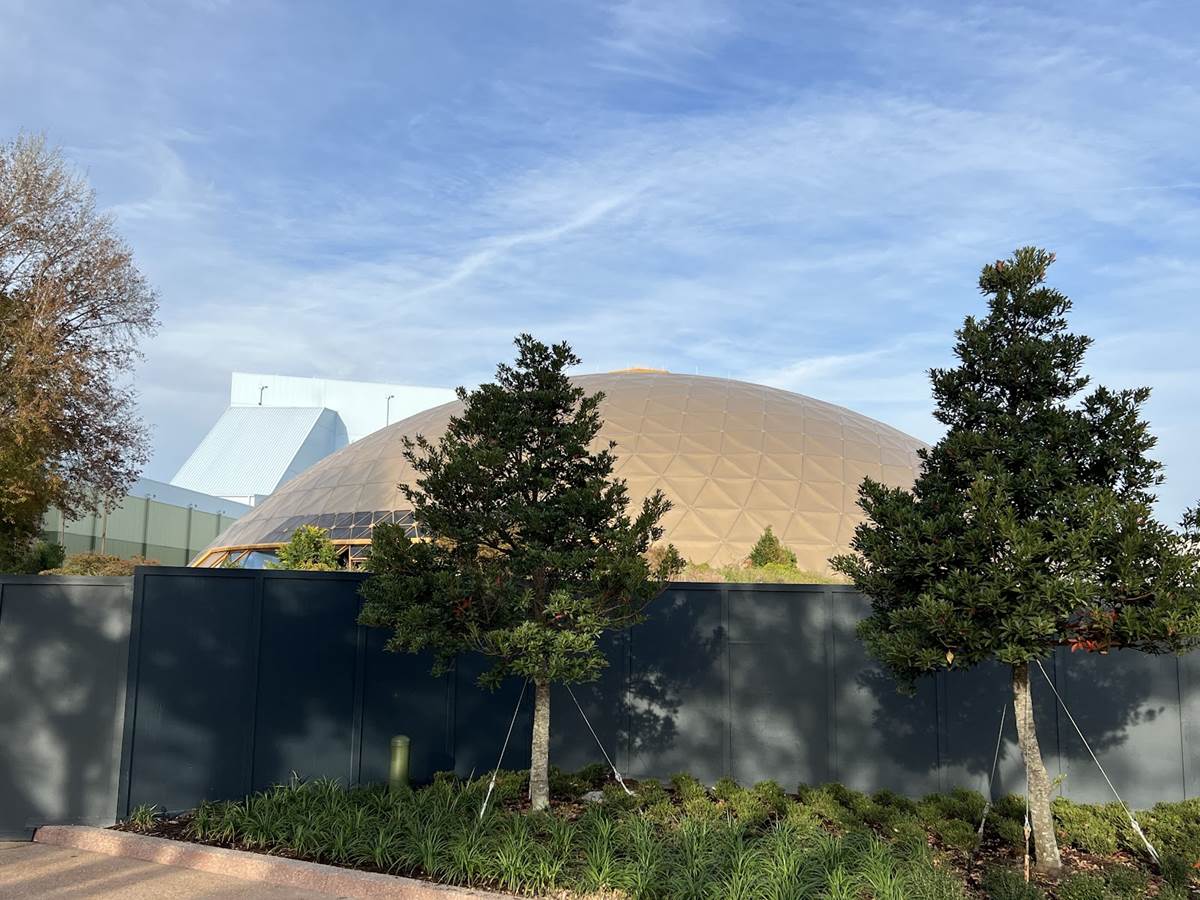 Next door, the former Wonders of Life pavilion is still being transformed into the Play! Pavilion. However, any activity on the outside of the building has slowed down and most of the work is in the interior of the building. To passing observers, the building looks much like it has since 2007… lifeless and abandoned. When the Play! Pavilion opens, its set to include numerous hands-on attractions and interactive activities, including an Edna Mode fashion school (similar to Animation Academy) and a virtual water balloon fight with favorite Disney characters. No opening date for the Play! Pavilion has been announced at this time.