G FUEL and Marvel’s Moon Knight have teamed up to create a caffeine-free hydration formula based on the new series, calling it the Moonberry Hydration Formula. 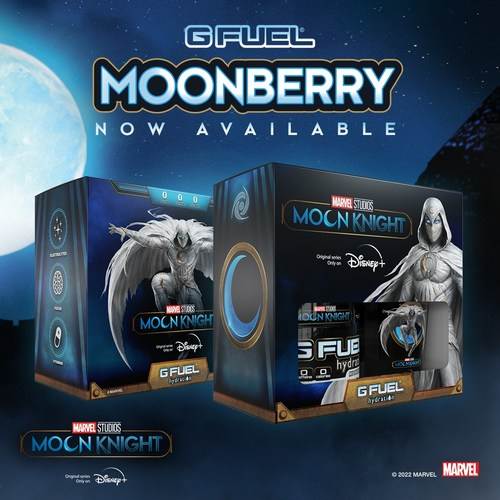