Out of the darkness of the early morning hours, fans in Port Canaveral, Florida lined up along the ocean shores to watch the arrival of the Disney Wish, the newest ship in the Disney Cruise Line fleet, arrive at its new home. 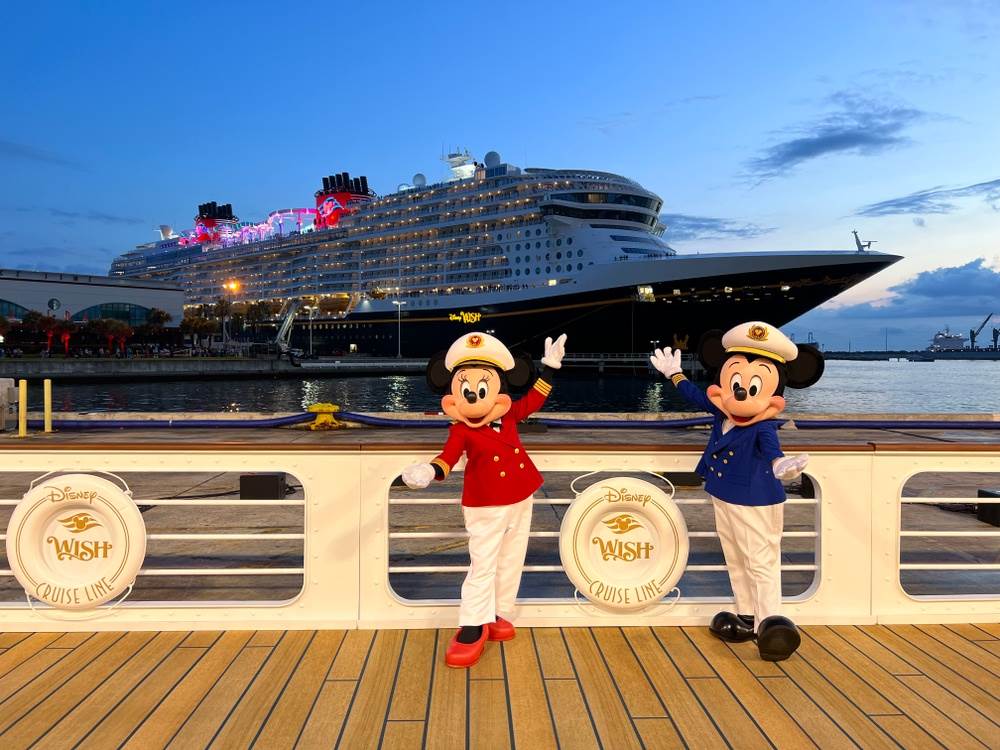 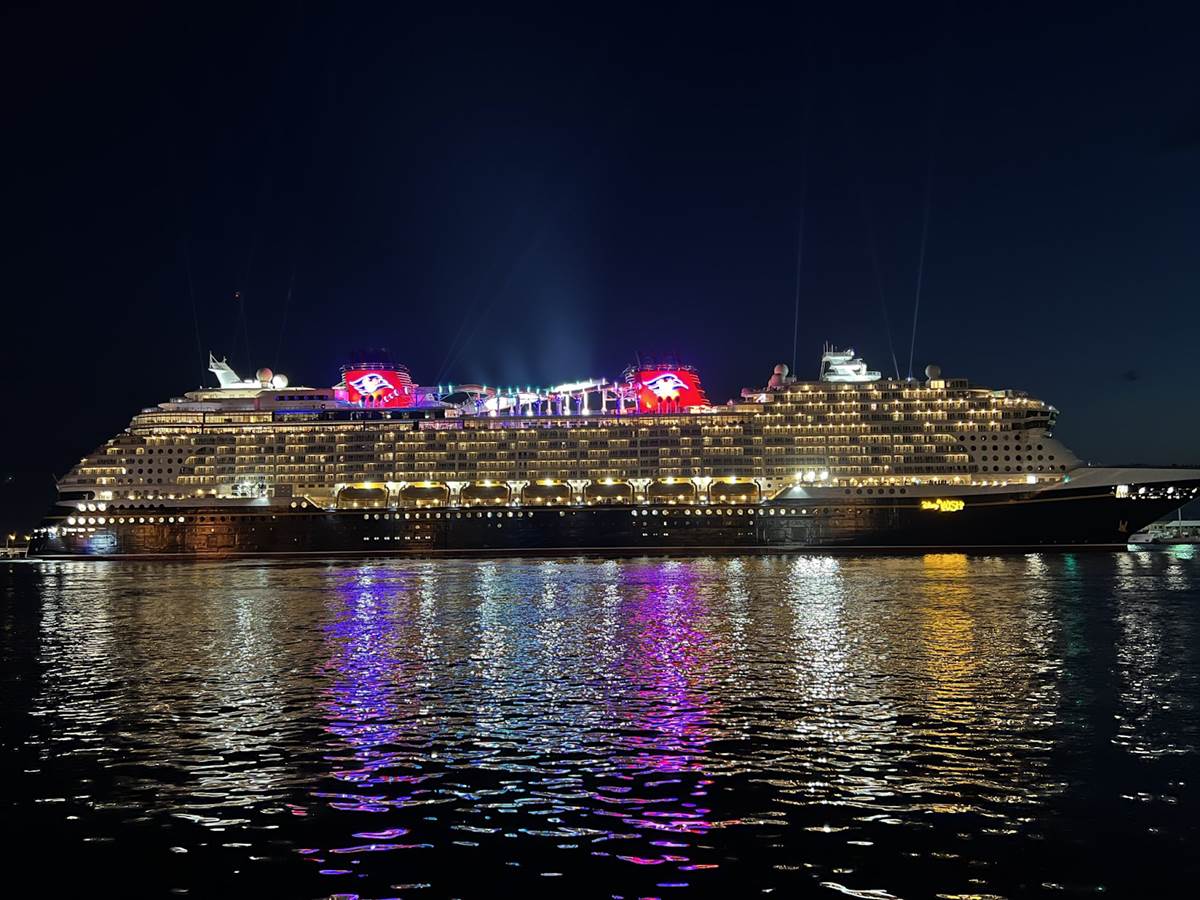