Get the scoop on the Jade Giantess in WHO IS…? SHE-HULK! Written by best-selling novelist and writer of the ongoing She-Hulk comic, Rainbow Rowell, with sensational art by Ig Guara and Ian Herring! 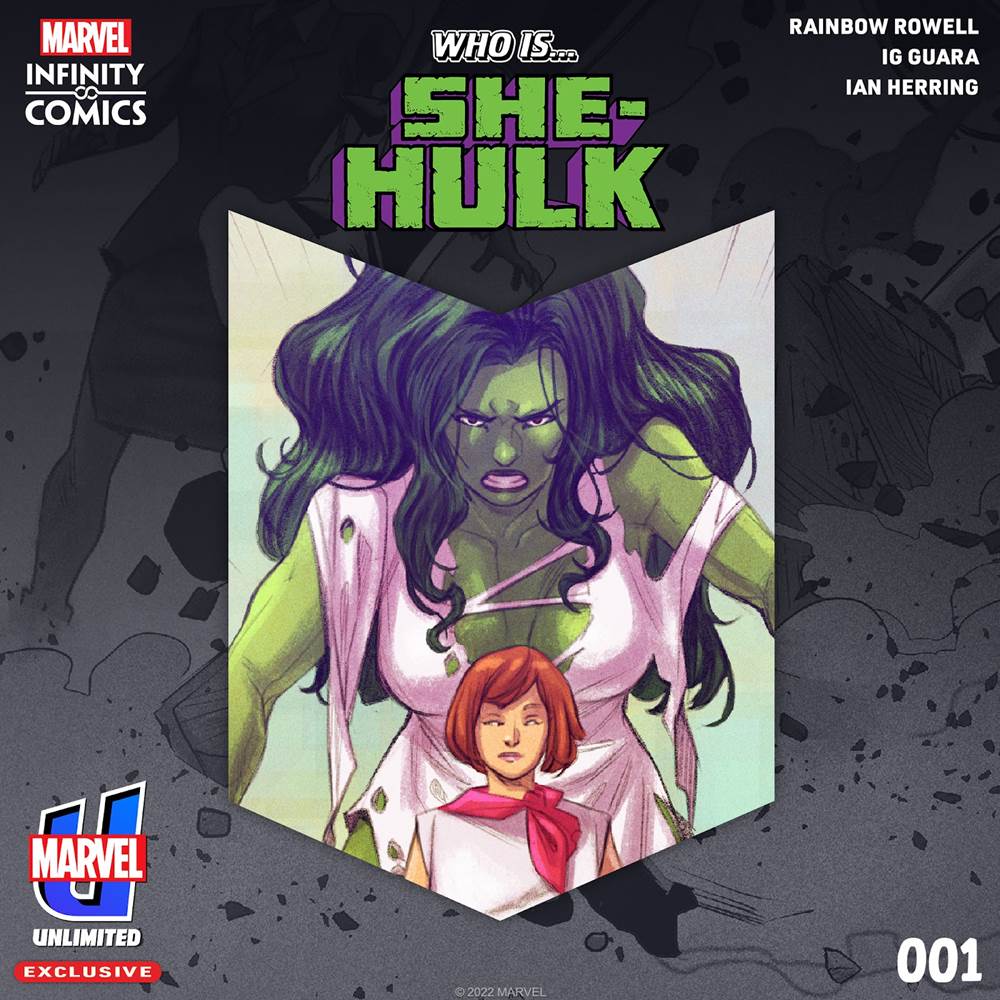