Marvel’s She-Hulk: Attorney at Law premiered on Disney+ last week and saw Titania interrupt Jennifer Walters big case. Well, now it appears Titania is not too happy with the presence of She-Hulk as she has been seen vandalizing ads for the series. 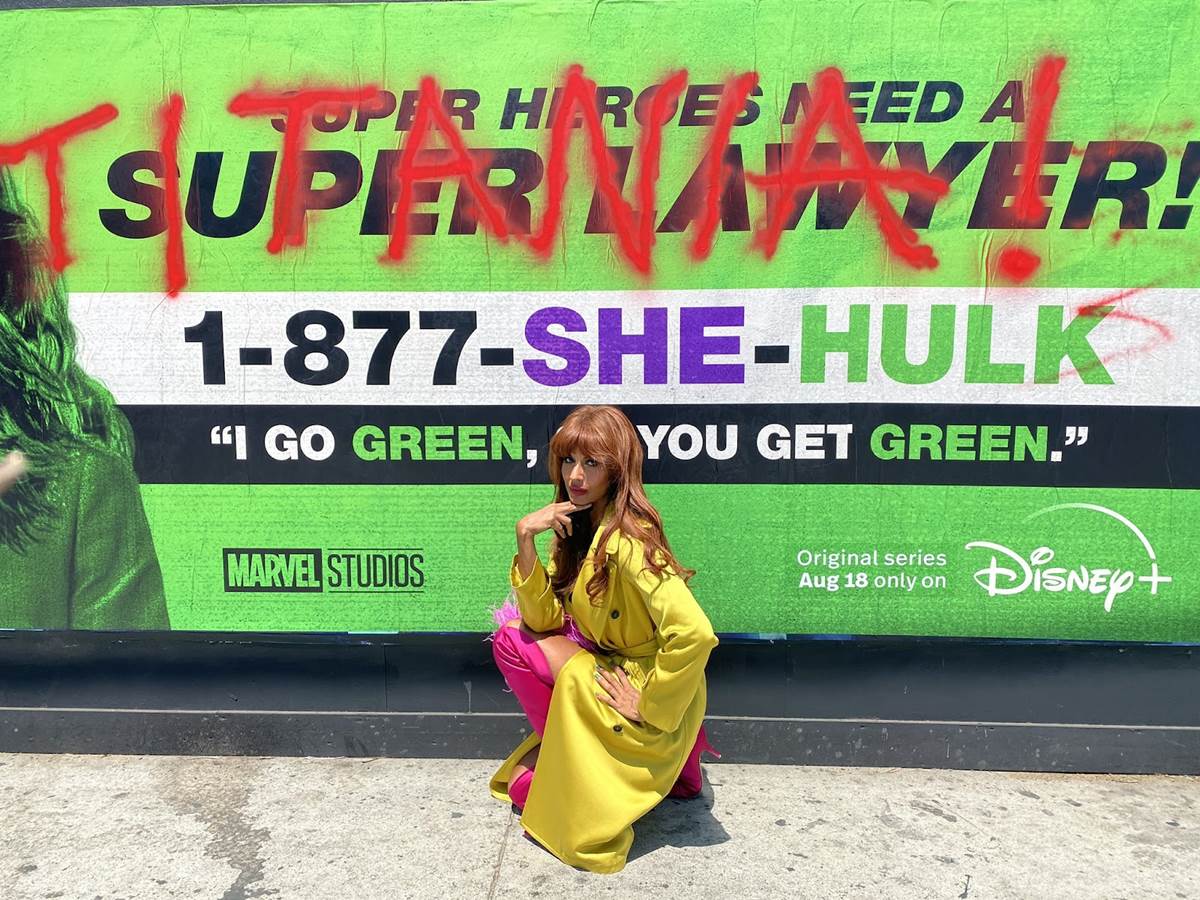 The name is TITANIA. pic.twitter.com/kZArzFUfRK