Marvel’s latest Disney+ series, She-Hulk: Attorney at Law, isn’t quite getting the same amount of attention in Avengers Campus as some other Disney+ series have. Perhaps that’s because the titular character is about 7ft tall! However, Disney California Adventure is still promoting the series in a fun and unique way. 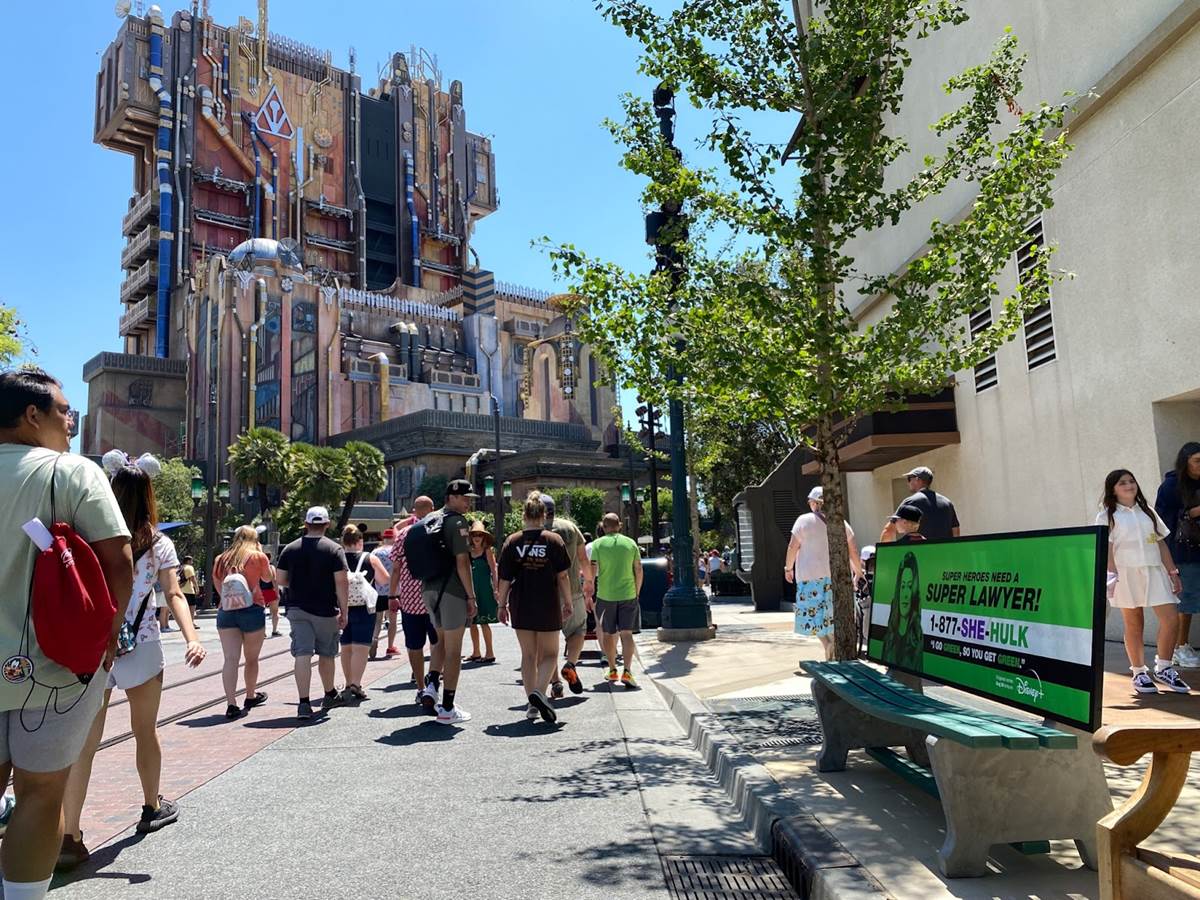