Last week saw the Marvel Cinematic Universe’s latest hero, Moon Knight, make his debut on Disney+ and at Avengers Campus at Disney California Adventure. Last week, we were able to see Moon Knight in his “traditional” costume, but this week, he is appearing with a new look straight out of the second episode of the series. 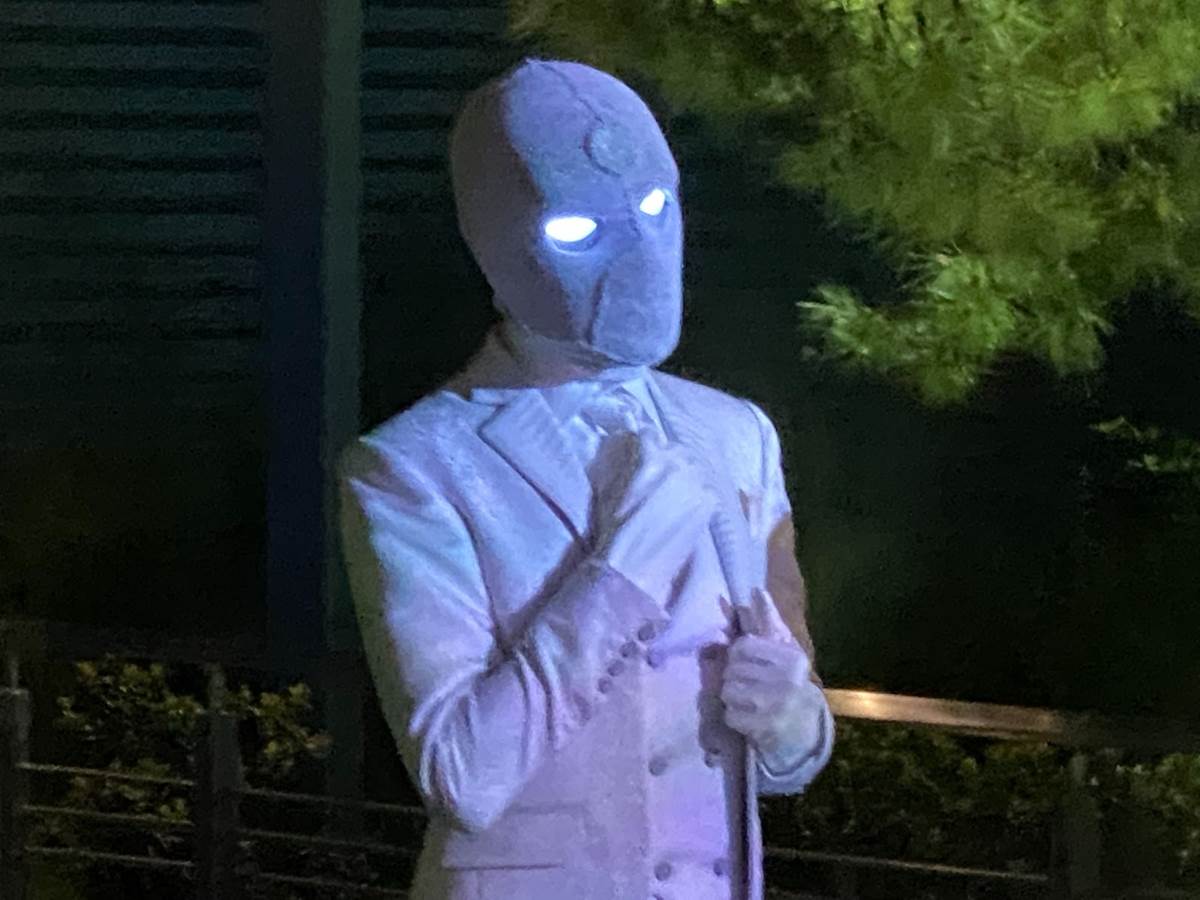 Oscar Isaac plays the character in the series, introduced to viewers in the debut episode as Steven Grant, a British museum gift shop employee. But within Steven exists another entity, Mark Spector, who takes possession of his body when Steven sleeps. This arrangement got a bit hairier in this week’s episode, which eventually led us to meet “Mr. Knight.” While the previous iteration of Moon Knight at Avengers Campus saw the character mostly lurking atop the land, Mr. Knight is currently greeting guests at ground level. He’s also a bit chatty.

Enjoy more photos of Mr. Knight below and be on the lookout for him on your next visit to Avengers Campus. New episodes of Moon Knight release on Wednesdays on Disney+. 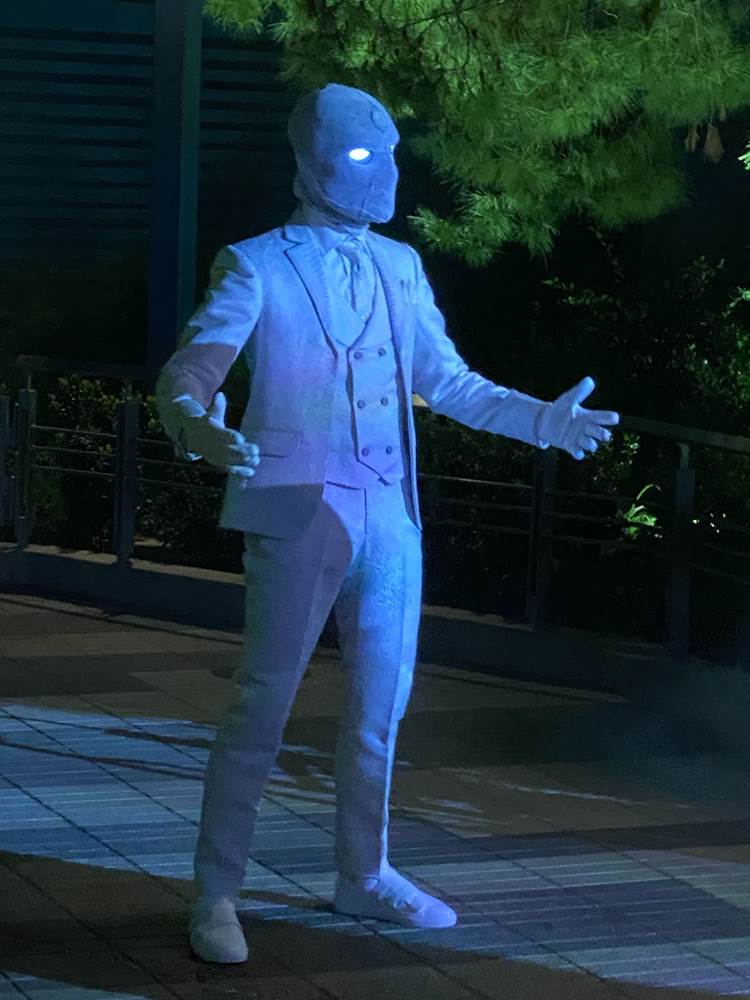 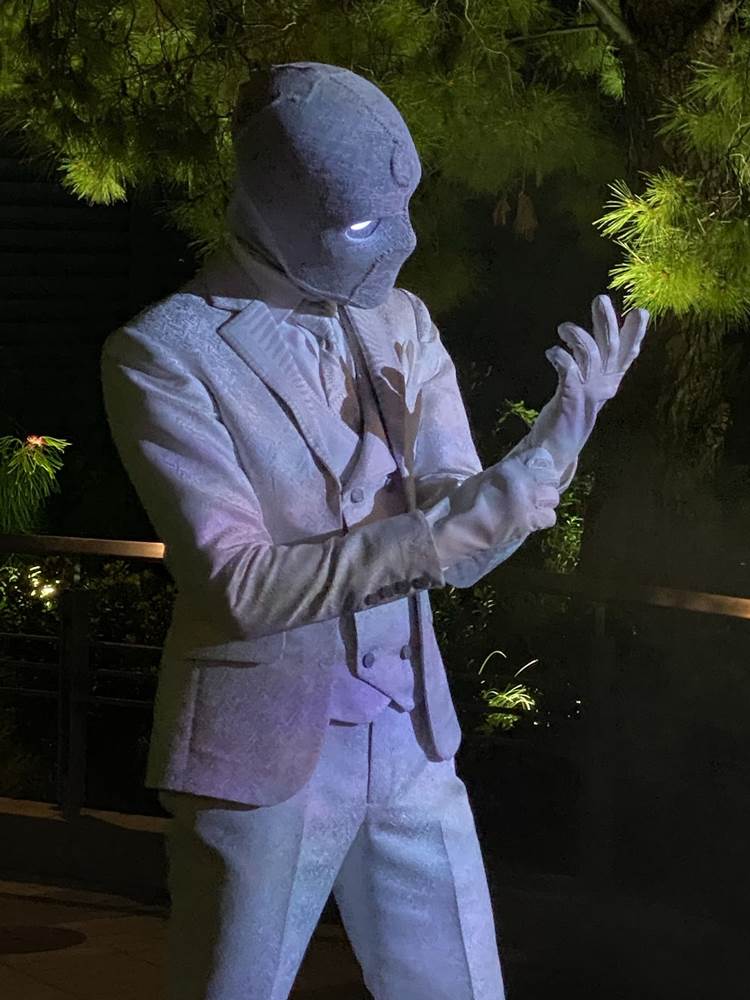 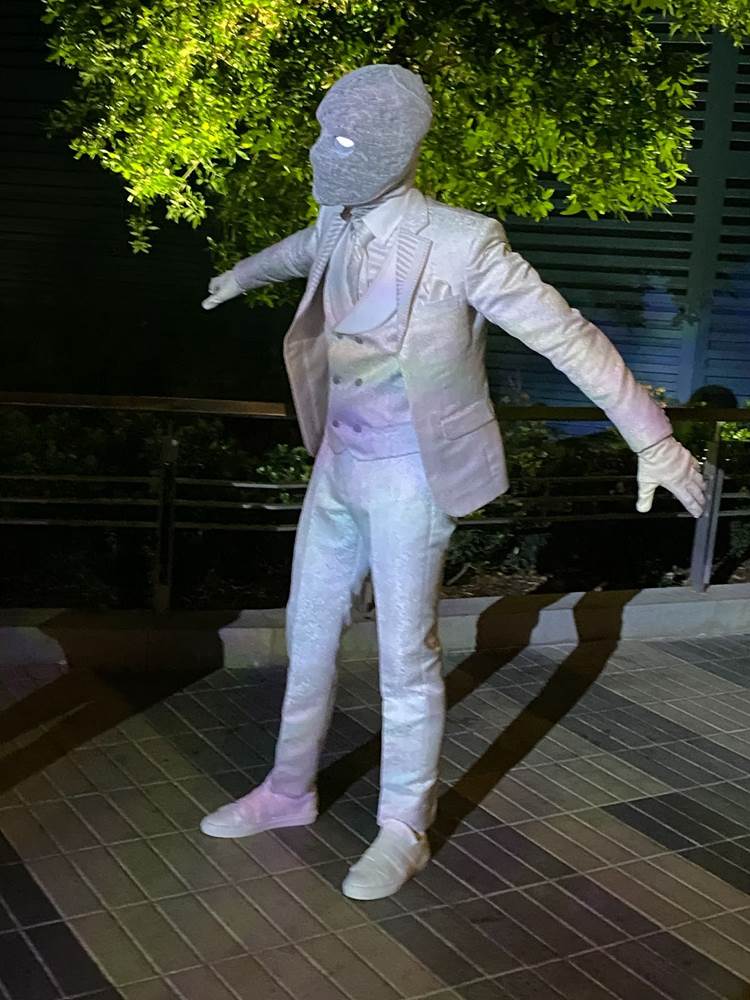 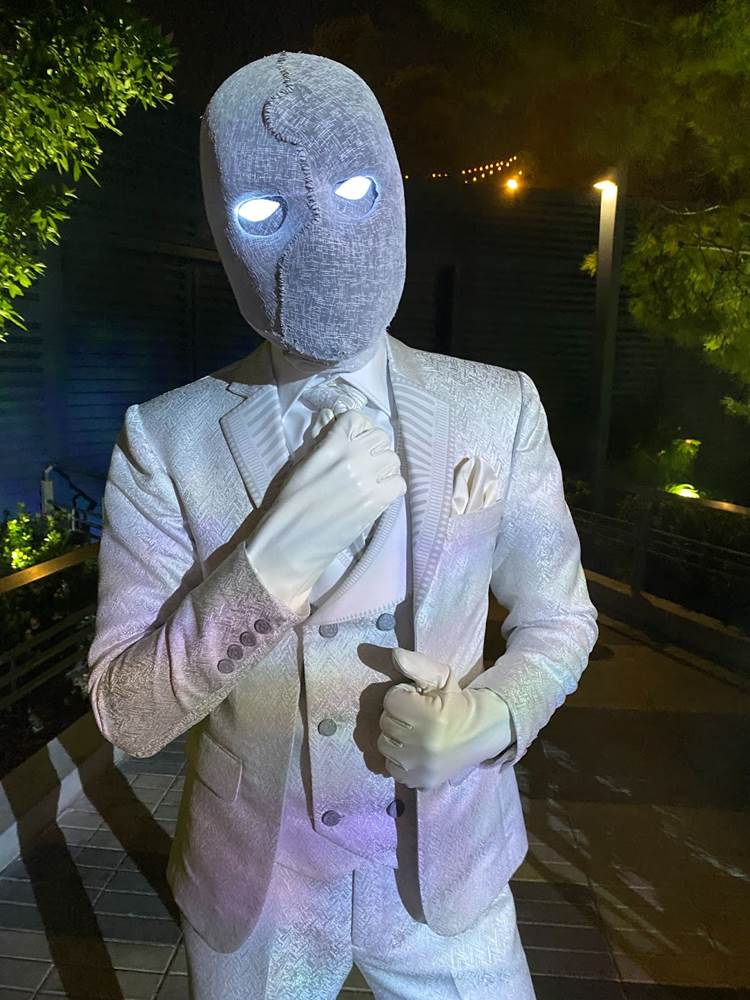