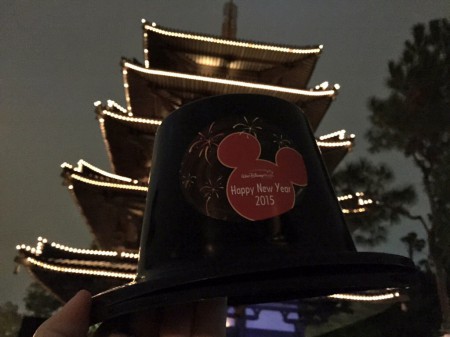 But we are getting far ahead of ourselves, this is more of the story of the journey to midnight than the pyro. This story started around 11:45am on Dec. 31st when I left my house which is approx. 18 miles or 35 minutes on any normal day to head to Disney’s Boardwalk to park because a friend was staying their and would be a faster walk after midnight. 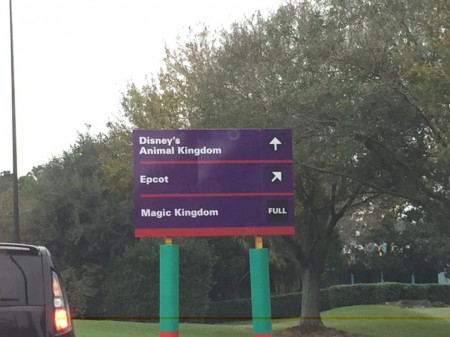 Well as the line goes “the best laid schemes of mice and men” when I pulled up to the Boardwalk Hotel parking, about 45 minutes after leaving my house, I was told I would have to get a parking pass from my friend who was already in Epcot. So onto plan B, actually park in Epcot. Now they say a picture is worth a thousand words, this one is worth 2,015… 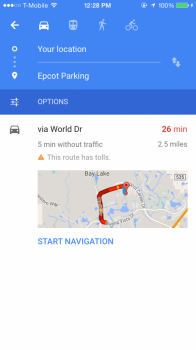 Yes that’s right to travel 2.5 miles it would take me 26 minutes which in reality turned into nearly an hour with everyone cutting in to traffic because Magic Kingdom parking was closed and they were directing guest back to Epcot parking. 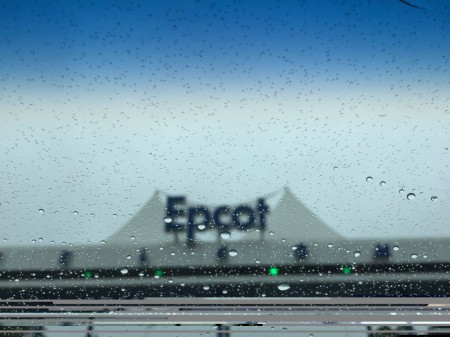 So after nearly 2 hours from leaving my house to parking I was finally at Epcot ready to ring in the new year! As I parked my car in Create 42 (don’t think I will ever forget that one) I gathered up my backpack with jacket and back up battery for my phone along with any other things I thought I might have needed and started my trek toward the gate.

As I made it through the bag check in record time I had some high hopes…till I saw these two sights! First we have the monorail station which normally you can walk right up for a nice ride to the TTC without any problem being maned by Guest Relations Cast Members “sorting” guest to keep the ones not able to enter Magic Kingdom, which had already started the phased closing at 9:40am, from boarding the monorail. 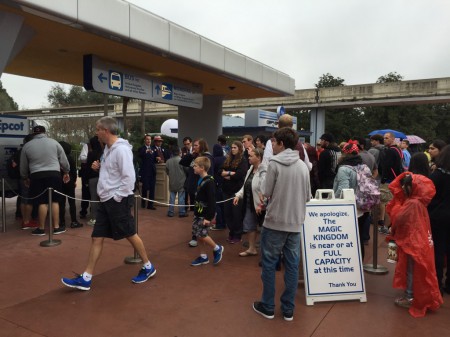 Then we had the main gate of Epcot, while I have seen worse at opening this was nearly 2:00 pm in the afternoon with more MyMagic+ touch points open than I have seen ever. 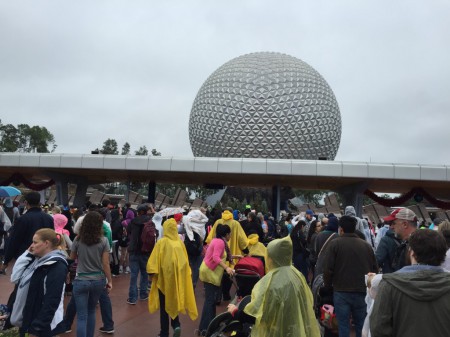 Once inside the park the real fun began! I have been a life long Epcot fan and have waited in queues that I don’t think many ever would for silly things…but 120 minutes for Spaceship Earth takes the cake! With the FastPass+  queue growing and the standby line reaching all the way to the exit of the attraction I just had to giggle. Now that I am in the park my goal was to find my friend and go about having a great day! I knew going into this attractions/shows/bathroom/eating would be very optional depending on the amount of time we were willing to commit. First stop was The Land to meet my friend and maybe get something to eat, walking in I saw that Living with the Land had a 50 minute wait, which is not unheard of, but looked much more imposing as I also had to deal with the “10 minute” wait just to get down the stairs to the lower level. 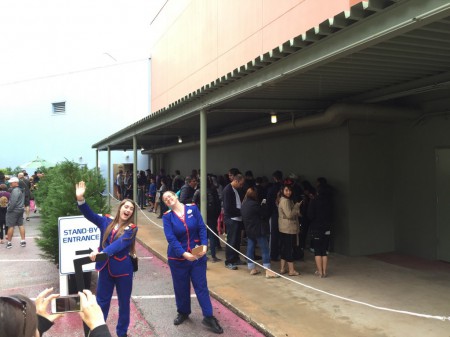 After tracking down my friend and grabbing some food at Sunshine Seasons, the next challenge was finding seating. Well that came in the form of the floor next to a trash can on the upper level near the elevator. While not the most comfortable it did give us a great view of the ECV parade to the elevator! 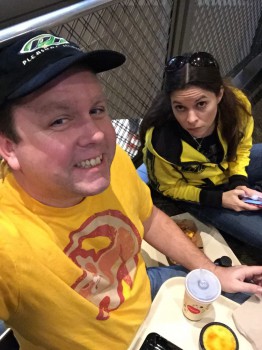 Checking out the rest of Future World gave us a great chance to see how long people will really wait for attraction that 50 weeks out of the year hardly have any wait! 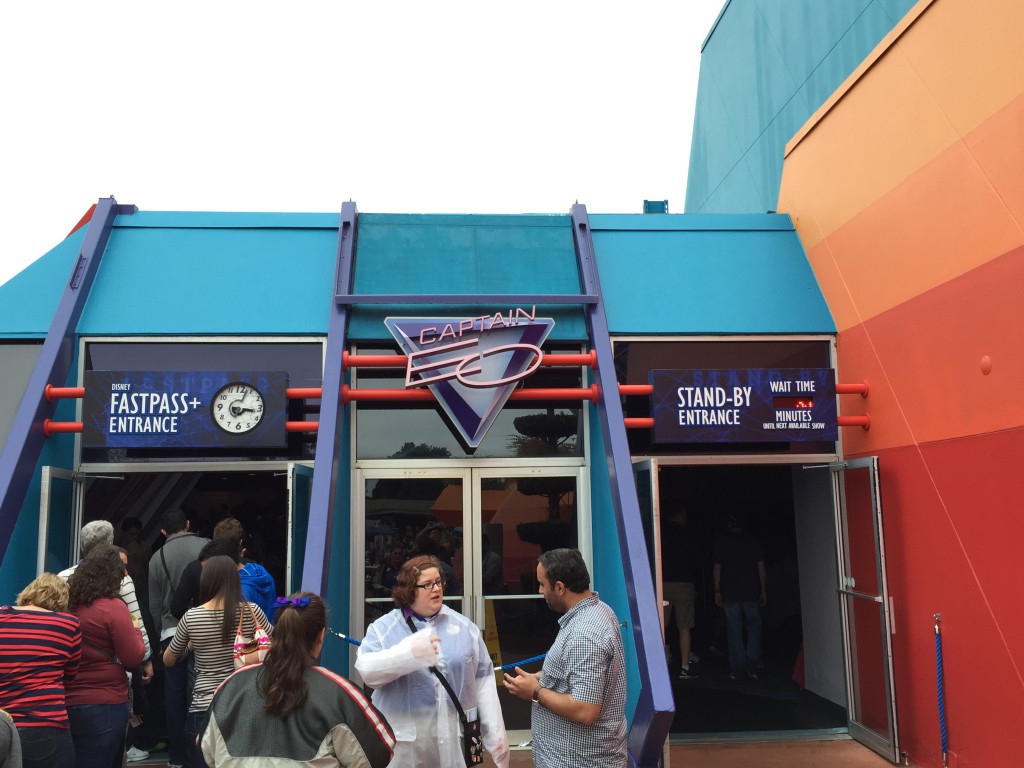 15 Minute Wait, but that was to get into to the pre-show 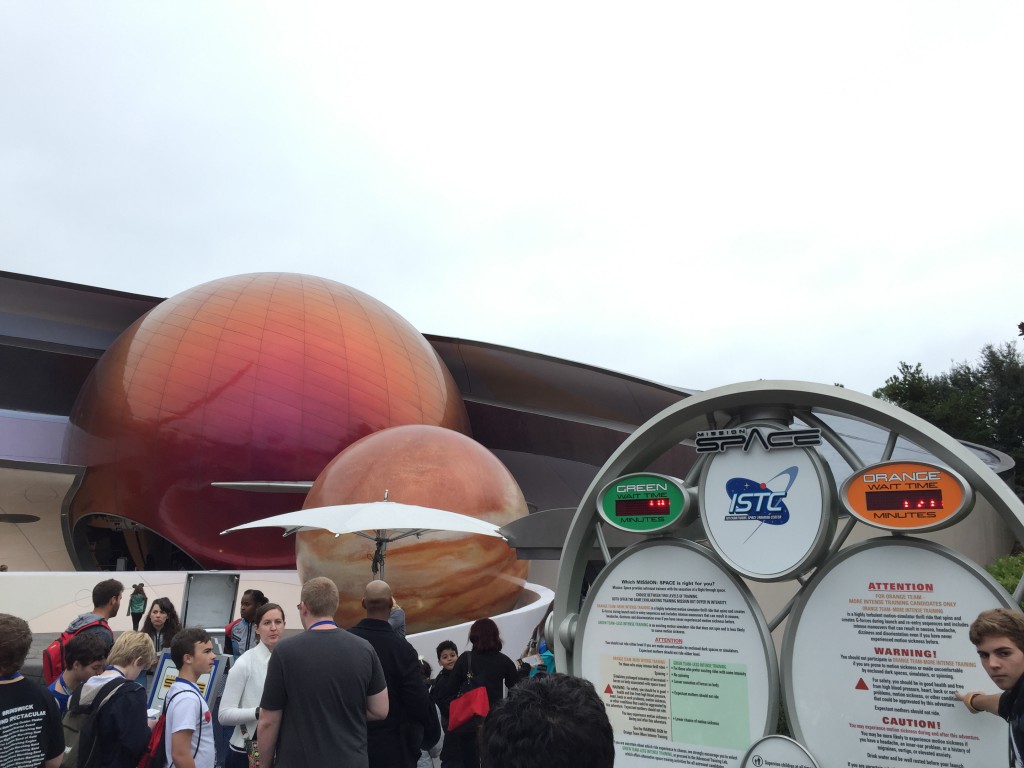 While those wait times for the attraction are very understandable, the one thing in Future World that made my jaw drop had to be a 75 Minute Wait for the Character Spot…and to think when E.P.C.O.T. Center first opened in 1982 they didn’t think the characters should be there. 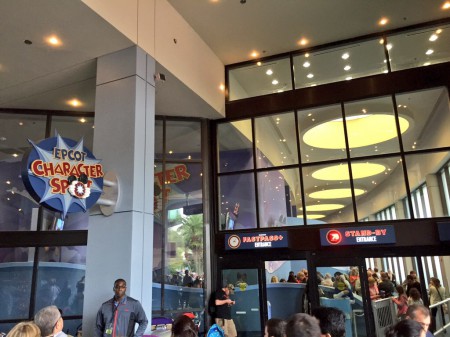 With Future World to our backs, we headed toward World Showcase where we knew the rest of our day would be spent. But one last thing caught our eye as we left the Test Track area the Grassy Knoll seating area, as someone who spent years wishing he could be at Epcot for NYE I had heard about this but seeing it in person is something very different! 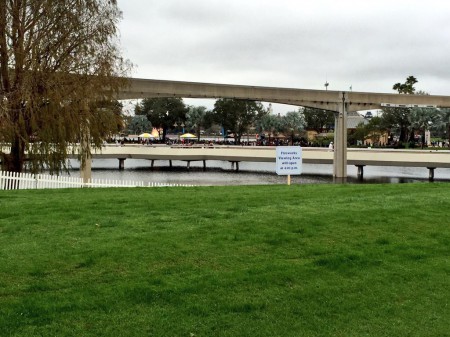