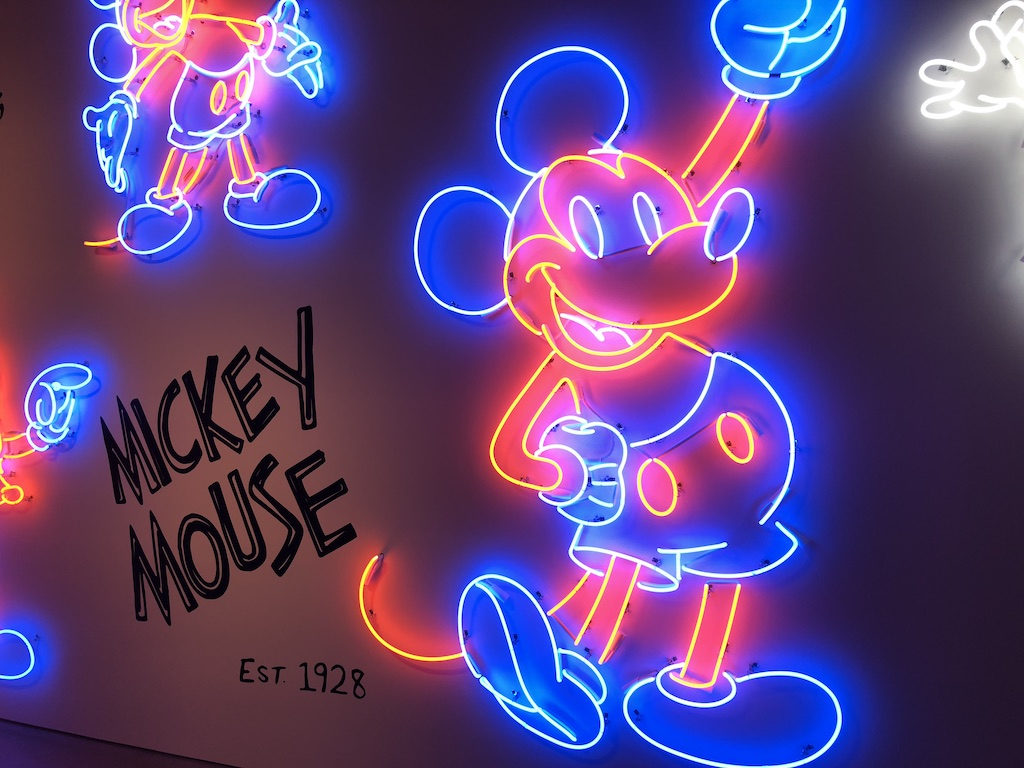 Folks, it’s about to get real — very, very real. Mickey’s 90th birthday is 11 days away and it’s time to get serious about celebrating. New York City is doing just that with the Mickey: The True Original Exhibition, which opens to the public on November 8th, and features a brilliant collection of Mickey-inspired art in a variety of mediums. Whether you’ve been a lifelong fan or are just getting to know him, this exhibit has something for everyone.

You’ve heard Mickey referred to as a global icon and he absolutely is, but he’s also a character that so many find personal attachment to. Perhaps that is why he’s my favorite character. The first time I remember meeting Mickey Mouse was in 1996 at MGM Studios. I was 10 and I remember thinking that he was the rarest character to meet. I felt like the rest of his friends made the rounds often enough, but Mickey was reserved for special visits only because he was the most important. While that wasn’t at all the case, as a naive child, my brain put things together in funny ways.

Mickey has left a strong impression on the hearts of fans around the world. From his most mischievous moments to his most charming, this animated cartoon character brings with him both wisdom and innocence and has room in his heart for everyone. His persona speaks to people of all ages and some fans have taken to expressing his impact on their life through art.

The Mickey: The True Original Exhibition can be described in the Disney vocabulary. It’s magical, fantastic, wondrous, and embraces the fantasy, dream, and spectacle that makes Disney what it is. While the art on display was designed for this exhibit, in no way does it feel “bought” or commissioned. Each display is as original as the artist who designed it and clearly shows how Mickey speaks to them. Some express Mickey Mouse in brilliant colors, others in the stark contrasts of black and white, and others through interesting mediums such as yarn.

90s kids will get a kick out of seeing The New Mickey Mouse Club logo and clips of some of their favorite Mouseketeers, while older folks will enjoy the displays of costumes and props from the Original Mickey Mouse Club. Then, for everyone else, there’s a sample of Ample Hills ice cream flavors made especially for Mickey’s 90th birthday. Might I suggest the Triple Chocolate Surprise?

I don’t want to give too much away, because this exhibit demands to be experienced by each individual and not just vicariously, but I will say I was in love from the very first room. Disney artist Jeff Shelly captures Mickey (and Minnie) in pencil then enhances them with brilliant neon lights in a display that is so cheerful and vibrant I almost couldn’t pull myself away. His understanding of the character and his use of the medium blend together perfectly and (at least to me) felt truly inspired. Another favorite was by London Kaye who’s crocheted “street art’ was expansive and fun. Themed to The Band Concert, it had the same whimsical essence that has surrounded its subject for decades. Other highlights include the creative “Steamboat Willie Redux” short — a collaborative shot-for-shot remake of the original — and the nostalgic collection of Mickey found near the end of the exhibit.

I walked in with high hopes and left wanting more, and I mean this in the best possible way. It’s all Mickey, but it’s not exhausting. If you, like me, were disappointed by the lackluster Mickey’s 90th Spectacular, then you will be greatly satisfied with a visit to Mickey: The True Original Exhibition. It’s absolutely worth the $38 ticket price to see this tribute to a character who speaks to the whole world. And of course the nostalgic feelings are priceless.