I’ve been going to Disney theme parks regularly, very regularly, since 1995. But I’ve never experienced a park like I did on December 8th at Disney’s Hollywood Studios. On that night the park had its inaugural Disney After Hours event – a specially ticketed event where attendance is kept very low with all the major attractions operating after the park’s normal hours. Disney After Hours – The Basics My suggestion for Disney: market Disney After Hours as the Ultimate Disney Fan Date Night. That’s how my wife Rebekah and I treated it and we had the time of our lives. I’ve been to the park on rainy days or very close to a late-night closing and seen what it’s like to “have the park to yourself.” Those times do not compare to what we experienced Saturday night.

The park was empty. You could go certain places in the park and literally not see another soul. The attractions – all of them – were walk-ons. I rode both Tower of Terror and Rock ‘n’ Roller Coaster within 10 minutes thanks, in part, to them not requiring you to watch the preshows (though they were available if you wanted to). Want the front row of Rock ‘n’ Roller Coaster? No problem. Want an entire Tower elevator to yourself? I saw it. The newest attraction in all of Walt Disney World is Slinky Dog Dash, which typically has a two-hour wait these days. I rode it seven times. I also rode every other open ride (except Toy Story Mania) and met Mickey and Minnie and BB-8. Plus, we took time out to watch part of Jingle Bell, Jingle Bam and eat a bit. There was no rushing around, no stress, just tons of unique fun!

Compared to other date nights, at $125, it’s not cheap. But it’s also not much more than a very nice dinner with wine, or dinner and a movie. Walking through a dark, quiet, deserted park is quite romantic. As is taking selfies with Mickey and Minnie and (for a Disney fan) trying out Slinky Dog Dash in the back row, front row and everywhere in between. For a family vacation, I can’t imagine a better special evening than leaving the kids with grandparents or a sitter and going out to do the “big” rides together, no child swap, and with the romance – for Disney fans – of a Disney theme park. Better even than the Contemporary Grill at fireworks time.

I’d also highly recommend it over a one-day ticket for someone with limited time. The price is not much more than a one-day ticket and you're guaranteed to get on every major attraction multiple times. And since Fantasmic! usually runs right at park closing, you likely can even find a spot there if you enter the park as early as allowed.

What about compared to other special events like Mickey’s Not-So-Scary Halloween Party and Mickey’s Very Merry Christmas Party? Clearly, those events offer much more in the way of “special” (parades, fireworks, entertainment) and cost slightly less. So it comes down to what’s more important to you? I’d definitely recommend experiencing those two at least once. But my choice would still be Disney After Hours.

Unless the price tag is a dealbreaker, I can’t think of anyone that wouldn’t enjoy Disney After Hours. And if you’re a Disney fan who isn’t sure if it’s worth it – just try it. I had high expectations for it, and even those were exceeded.

It’s obvious we had a great time. But a few things stood out:

Meeting Mickey and Minnie. I can’t remember the last time we did this, but with no queue – of course we did! They were both so nice!

Watching Jingle Bell, Jingle Bam from near the Toy Story Land entrance. Technically, not a part of the event, but your ticket does get you in early enough to watch.

So many Selfies! Isn’t that what the kids do on dates these days???

Ice cream and popcorn are included! So yummy! (Walt would be proud) The Lunchbox Tart was not included, but Woody’s Lunchbox was open so we tried it, and it was amazing!!!

This picture of Muppet*Vision without a soul in sight 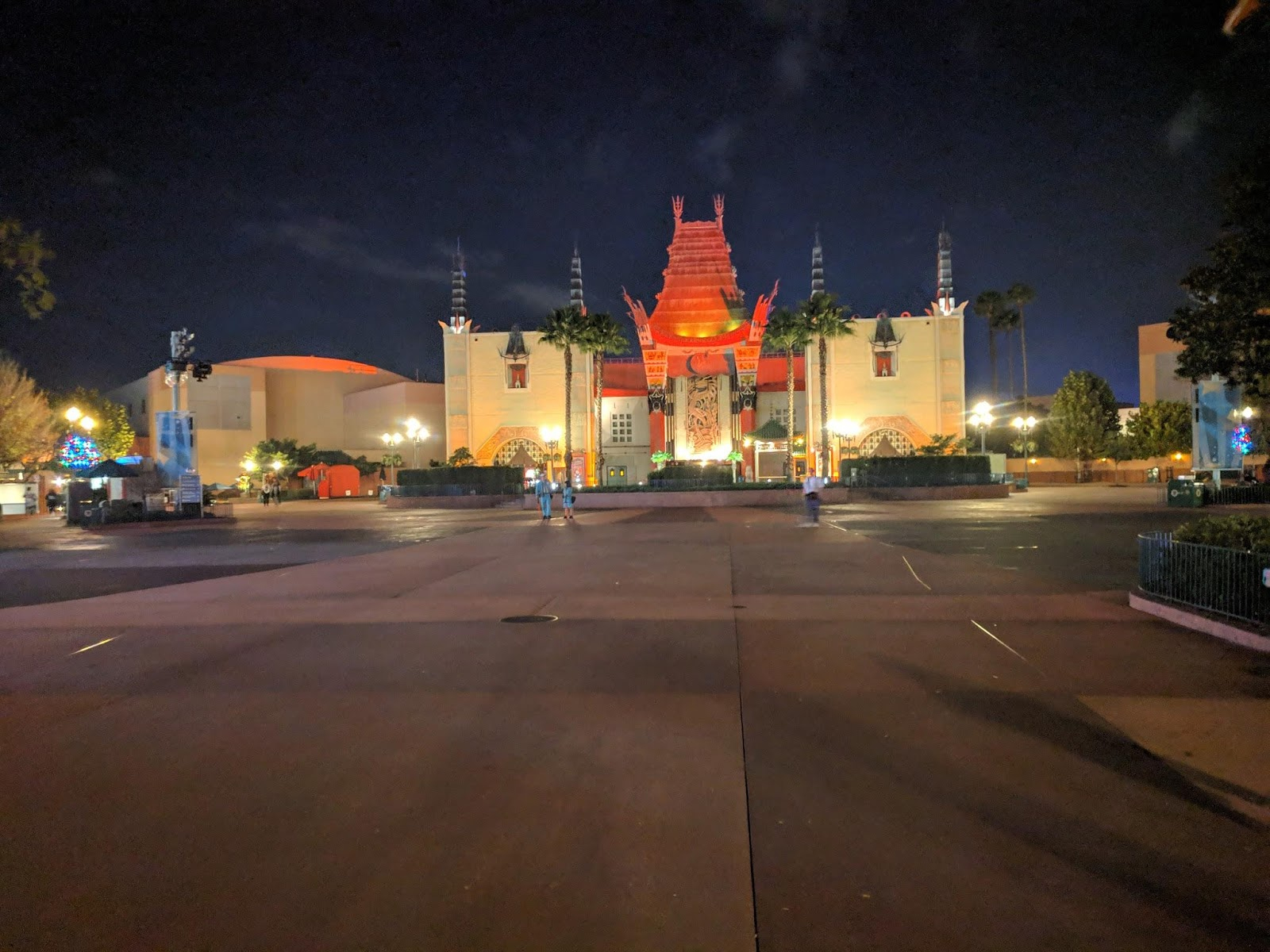 Closing out the night by riding Slinky Dog Dash over and over and over until they wouldn’t let us ride anymore (we did have to get off between rides). Ended up being five straight times bringing the nightly total up to seven. Walt Disney World has experimented with many upcharge events recently with mixed success and varied amount of interest by me. But in my opinion, Disney After Hours is an unqualified hit! It takes nothing away from regular day guests, it’s not priced obscenely, and it delivers what it promises. Even if I still lived in Orlando and was an Annual Passholder, I’d find a way to make room in the budget for it. The experience is so special and so unique, it would become our favorite Date Night.