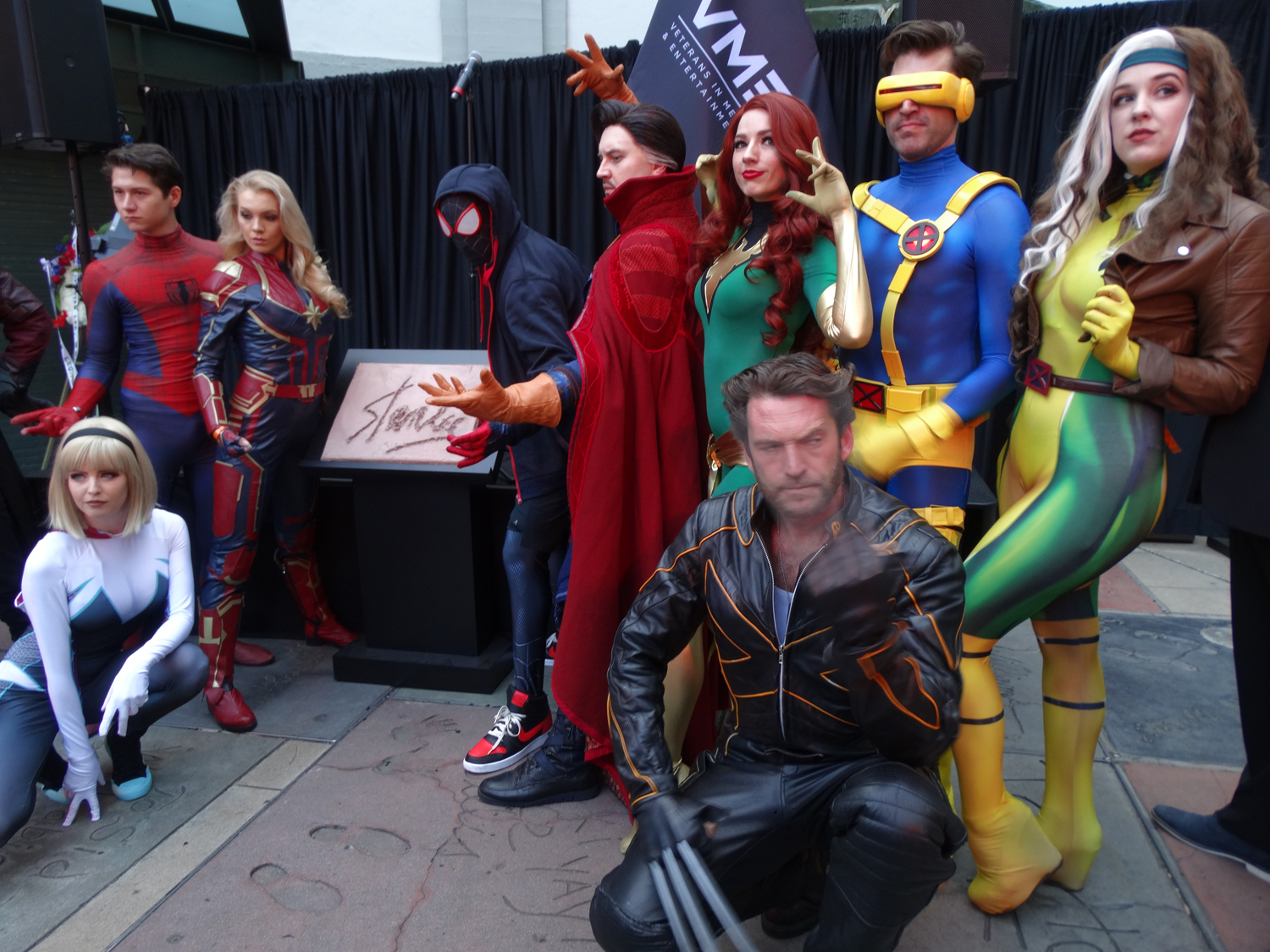 Excelsior! Superhero fans of all ages gathered at the TCL Chinese Theatre in Hollywood, California on Wednesday to celebrate the life and memorialize the passing of one Stanley Martin Lieber, AKA Stan Lee. Lee served as the creative leader at the now-Disney-owned Marvel Comics in the 1960s and 70s, co-creating such world-renown characters as Spider-Man, The X-Men, Iron Man, Thor, The Incredible Hulk The Fantastic Four, Black Panther, Daredevil, Doctor Strange, Scarlet Witch, and Ant-Man.

Host Kevin Smith (the filmmaker behind indie movie favorites like Clerks, Chasing Amy, and Mallrats— the latter of which features an extended cameo by Lee himself) invited a number of guests from the worlds of Hollywood and the comics industry to voice their thoughts on the man’s passing, recall anecdotes about his life, and generally honor Stan “The Man” and his far-reaching work. Prior to the main event, Smith took the stage in the forecourt outside the Chinese for a public introduction of sorts, welcoming all those who wished to pay tribute.

Later, after an honorarium from the US Army color guard and the Veterans in Media & Entertainment group, the eager audience was ushered inside the theater itself, where some clever tribute art had been mounted in recognition of Lee. Upon entering the Chinese’s auditorium, all attendees found Marvel “Gear + Goods” boxes on their seats, courtesy of Loot Crate.

Opening acts for the event included the 2010 documentary With Great Power: The Stan Lee Story, a Marvel-inspired dance troupe, and a “nerd parody” singing duo who changed the lyrics of “Stand By Me” to “Stan, Stan Lee.”

The remainder of the evening consisted of a series of panels featuring celebrity actors (like Mark Hamill, Clark Gregg, and Felicia Day), filmmakers (like X-Men movie series producer Tom DeSanto and Spider-Man: Into the Spider-Verse producers Phil Lord and Chris Miller) and comic book professionals (like Jeph Loeb, Marv Wolfman, George Perez, Bill Sienkiewicz, and Stephen Wacker) reminiscing over their best memories of Stan, and pontificating the impact his imagination has had on world culture.

There were also live readings of poems and personal testimonials by Laurence Fishburne, Seth Green, and the RZA, video montages of Stan Lee’s famous film cameos, and on-screen messages from Dwayne “The Rock” Johnson, William Shatner, George Takei, Ming-Na Wen, Mike Colter, David Tennant, David Tennant, and Doug Jones. Marvel Studios president Kevin Feige couldn’t be present, though he sent in a warm, sincere letter to be read aloud in front of the crowd. And Los Angeles Mayor Eric Garcetti even presented Lee with a posthumous key to the city.

Clocking in at around three and a half hours, “Excelsior! A Celebration of the Amazing, Fantastic, Incredible, & Uncanny Life of Stan Lee” did begin to drag on after a while, but there were enough truly heartfelt moments and amusing stories to keep the evening moving, even though it had been clearly front-loaded with the guests most audience members had come to see.

After sitting through this tribute, it is clear how much Kevin Smith genuinely admired (and still admires) his hero, and how much pull Stan Lee’s kindness and personability had in drawing so many notable admirers to this public memorial. And those who paid to attend were certainly not short-changed on their investment. Sure, everyone in that theater went home with a poster and a box of Marvel goodies, but we also left having sent off a cultural hero in the best way possible: by remembering the best about him and ensuring that his legacy will continue far into the future.

.@ThatKevinSmith is telling one final story about @TheRealStanLee before wrapping up the evening. #StanLeeTribute pic.twitter.com/kFQ5RJPigg