One of the two E-ticket attractions at Disney Parks’ highly anticipated Star Wars: Galaxy’s Edge lands opening this year at Disneyland and Walt Disney World puts guests in control of Han Solo’s famous starship the Millennium Falcon, under the command of space pirate Hondo Ohnaka from the Star Wars: The Clone Wars and Star Wars Rebels TV shows. And now Star Wars fans curious about just how Hondo got his hands on the fastest ship in the galaxy need look no further, for that tale is told by the Weequay himself in the new young adult novel Star Wars: Pirate’s Price.

Pirate’s Price is the second installment of the Flight of the Falcon junior series (after last October’s Lando’s Luck) that tracks the path of the notorious YT-1300 Corellian Stock Light Freighter from its ownership under that scoundrel Lando Calrissian to its upcoming resting place on the Galaxy’s Edge planet of Batuu. This particular installment sees Hondo Ohnaka sitting down in Oga Garra’s Cantina in Black Spire Outpost to tell mercenary Bazine Netal (briefly glimpsed on Takodana in Star Wars: The Force Awakens) three exciting tales about his relationship with the legendary ship. While the novel’s bookends and interludes are set in Oga’s Cantina, with references to Fuzzy Tauntauns (the drink, not the Hoth-native beasts of burden) and DJ RX-24, the meat of the book is dedicated to these three short stories, relating Hondo’s first encounter with the Falcon and its then-owners Han Solo and Chewbacca, then his brief team-up with Maz Kanata to rescue the two rogue smugglers, and finally the anecdote of how he came to be in possession of the ship for his business on Batuu, after the events of The Last Jedi.

Consequently, the middle chapters are all told via first-person narration, complete with Hondo’s voice– humorous malapropisms intact. Anyone familiar with his character from the above-mentioned animated series will delight in getting to spend a whole lot more time with the pirate, and to see him interact with some of the more central characters in the larger Star Wars saga. This book also introduces a few new faces to the series, most notably the mysterious femme fatale Mahjo Reeloo and the elephant-like Trunc Adurmush, a gruff warrior of the aptly named Pakiphantos species. And there’s even an entire section devoted entirely to Porgs! 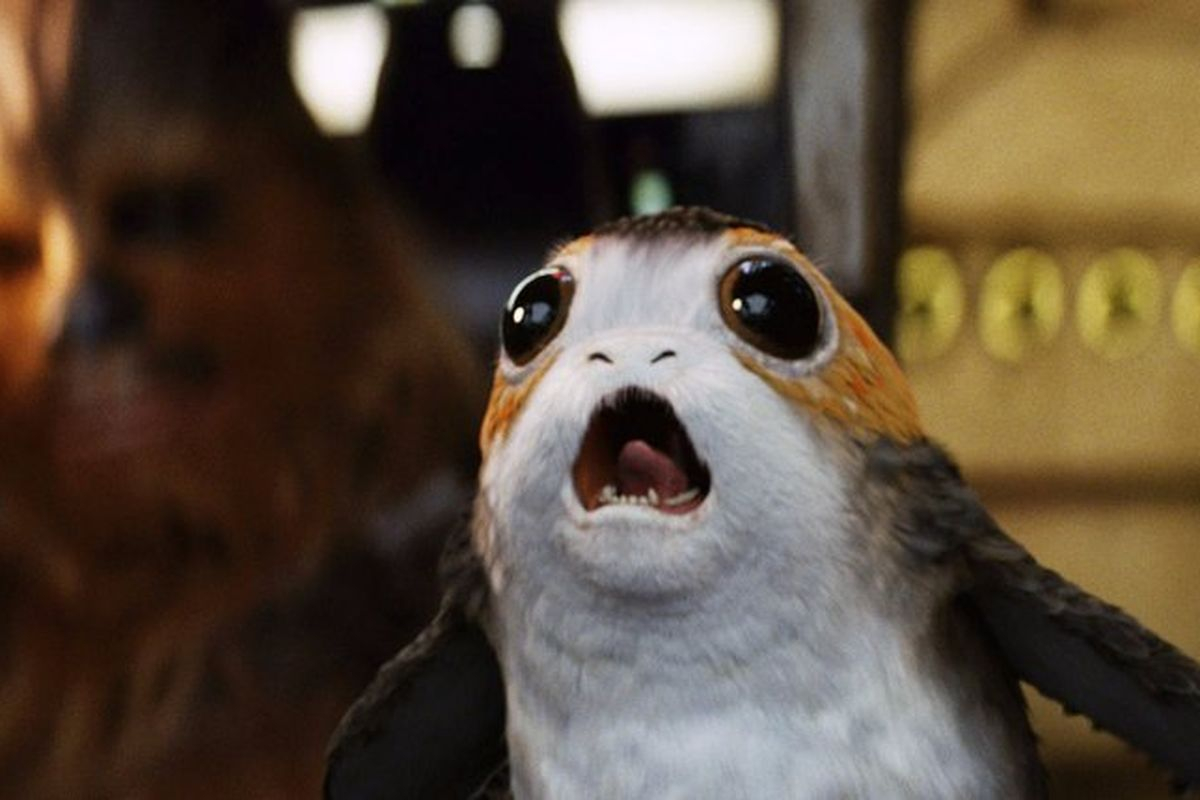 Despite (or perhaps because of) Pirate’s Price’s designation as a junior novel, the prose by author Lou Anders (of the fantasy adventure series Thrones & Bones) is brisker, more digestible, and just a whole lot more fun than many of the recent books to come out of the current-canon Star Wars expanded universe. Plus, illustrator Annie Wu (Lando’s Luck, DC’s Black Canary, Marvel’s Hawkeye) does a great job of peppering the text with the occasional comic-style snapshot of the action going through the reader’s mind’s eye.

But many adult Star Wars fans who pick up this book– myself included– will be most interested in analyzing the abundance of new tidbits we get about the inner workings of Oga’s Cantina, the surrounding Black Spire Outpost, and Batuu in general, with all likelihood being that these are nods to what we can expect when we finally get the chance to step through the entrance to Star Wars: Galaxy’s Edge. There are some good details presented here (the hilt of an old lightsaber being used as a bar tap being a highlight) but mostly this novel gives a good idea of the overall hustle and bustle of Batuu, and the feeling one might have just hanging out and breathing in the city’s atmosphere. 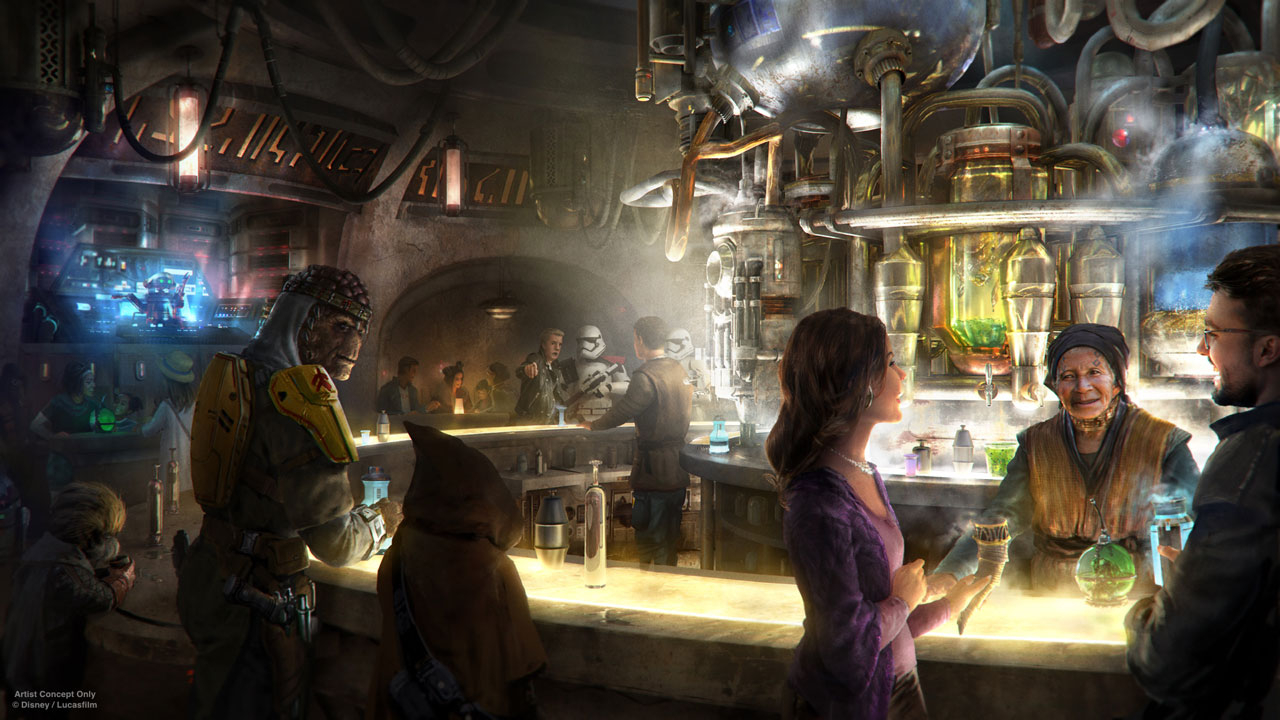 Not to spoil too much, but the story does end with a direct setup for the Millennium Falcon: Smuggler’s Run attraction at Galaxy’s Edge, and Pirate’s Price will become a good resource for anyone walking out of that experience this summer and wanting more information about its in-universe backstory. And maybe the product placement for a drink called the Carbon Freeze may earn Disney a few more dollars this year.

But even removed from theme parks and the concept of corporate synergy, Star Wars: Pirate’s Price is a fun, funny adventure for anyone appreciative of a good space-faring adventure with old friends. While I was reading it, I pictured a parent sharing the story with an enthusiastic youngling at bedtime, doing the character voices and making Millennium Falcon hyperdrive sound effects. And that picture couldn’t have been more perfect. Star Wars: Pirate’s Price (part of the Flight of the Falcon series) is now available from Disney and Lucasfilm Press wherever books are sold.