Carol Danvers may be hitting the big screen next week when Captain Marvel soars into theaters, but that doesn’t mean she can’t still grace the pages of a new comic book series. Captain Marvel: Braver & Mightier #1 is a new one-shot, giving fans an introduction to the hero without retelling her story. 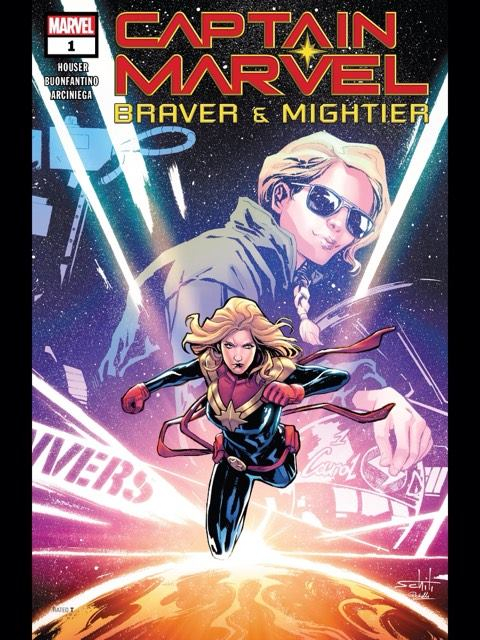 This new comic is not so much the kickoff to a new story, but rather an explanation of the character and what she stands for. It tells a brief, self-contained story that doesn’t extend past the 23 pages of this particular issue, hence the one-shot title.

So, if you’re looking for a new Captain Marvel story, this probably isn’t for you. However, if you’re a casual comic reader who maybe isn’t familiar with the character but wants to do some light reading before the new film hits theaters, Captain Marvel: Braver & Mightier #1 is perfect. It doesn’t start with the creation of the character, which is good because you would be reading for months. Instead, it jumps into a new story while providing plenty of context on the character. 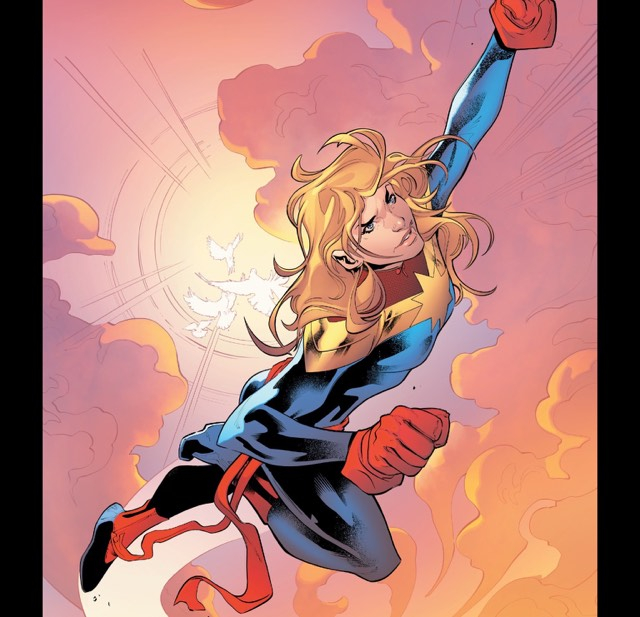 The story follows, of course, Captain Marvel as she deals with the threat of yet another alien invasion of Earth. Meanwhile, two high school students are trying to decide the perfect question to ask Captain Marvel while they await her arrival at a press event. This gives readers a look into the ongoing struggle Carol deals with as she tries to balance her personal and professional lives with her superhero work.

It also quickly gives us a look at who Carol really is. We get to see her well-deserved arrogance in battle… 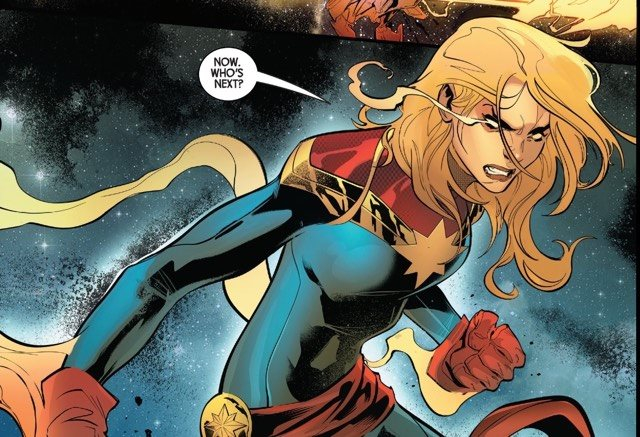 And we also get to see her inspirational qualities, as she explains her story to those high school students, who happened to have come up with the perfect question.

Again, this is a one-shot, so it doesn’t end with any lead-in to a bigger story with a greater threat. It simply ends this story, leaving potential new readers with an understanding of the character and possibly a desire to read more of her stories.

The art in this new comic, while not necessarily my favorite style, is fantastic. It definitely seems as though it was done with the new movie in mind as a lot of the visuals look similar to what we’ve been seeing in trailers and posters. In fact, the comic even gives a nod to the “Higher, Further, Faster” campaign. 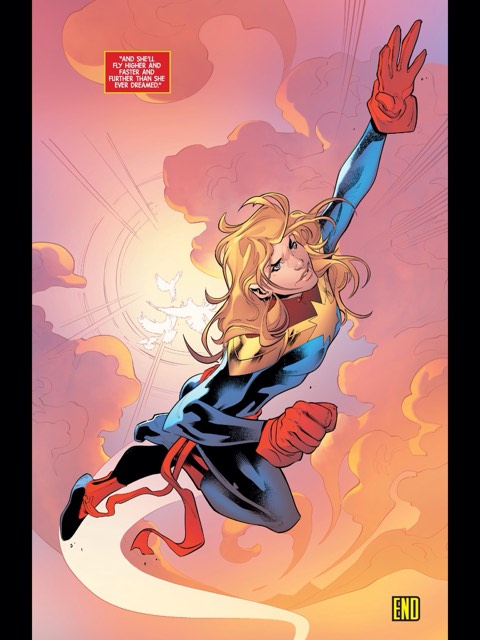 Overall, Captain Marvel: Braver & Mightier #1 is great for readers looking to introduce themselves to the character. If you’re already familiar with Captain Marvel, you can skip it and instead check out the new ongoing Captain Marvel series. Captain Marvel will hit theaters March 8.