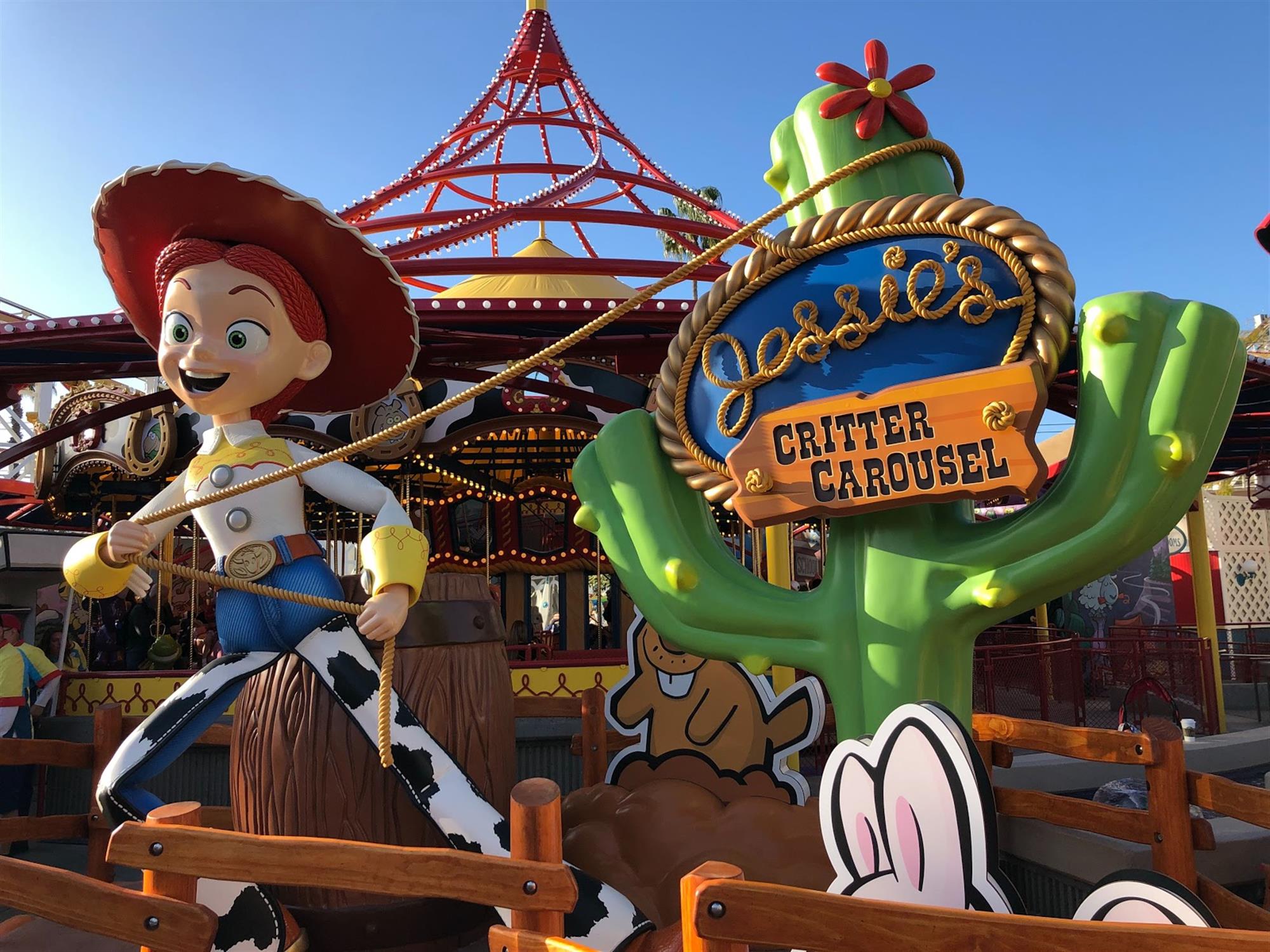 As guests approach Jessie’s Critter Carousel, they’ll first spot a giant static figure of Jessie the Yodeling Cowgirl– who first appeared in Disney/Pixar’s Toy Story 2— herself as she lassos a cactus with the attraction’s sign mounted on it, while cardboard cutouts of a couple cuddly critters crowd around. Then an owl on the wait time sign greets you as you enter the queue, where murals of Jessie, Bullseye, Stinky Pete, and a cavalcade of more critters decorate the walls before you board the ride.

Upon boarding the attraction, Toy Story fans can choose from a wide array of adorably cartoonish wild west critters to ride including bunnies, snakes, vultures, deer, armadillos and even backwards-facing skunks. There are also stationary benches (with owls peeking out of the back) to help guests who may experience motion sickness riding carousels.

In Jessie’s Critter Carousel’s colorfully decorated queue area, I managed to spot a couple fun Easter Eggs for Disney theme park fans: a goat with dynamite in his mouth in one of the murals (an obvious reference to the classic Big Thunder Mountain Railroad attraction across the esplanade at Disneyland, and of course a Hidden Mickey (located on the hide of one of the carousel’s armadillos).

Overall, I think Jessie’s Critter Carousel is a charming, if simple, update to an existing attraction. I’m not sure why it took nearly an additional year from the launch of Pixar Pier for it to begin operation, but now that it’s up and running I can see myself jumping on more often than I did its previous form. The songs are catchy, and the quirky sense of humor from the Toy Story films is readily apparent in the attraction’s decor and audio. It’s a rootin’ tootin’ carnival-style ride for kids of all ages.